You are here: Home / Featured / Winnipeg shows us how drinking can be allowed in public spaces 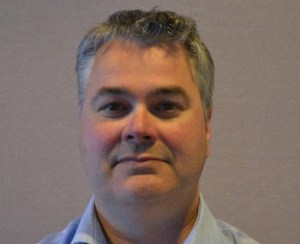 “It has been fascinating — but discouraging — watching as Atlantic Gold and the RCMP try to justify the violent arrest of John Perkins at an information session on mine tailings dams and management, which the Vancouver-based mining company hosted last Thursday in the firehall in Sherbrooke on Nova Scotia’s Eastern Shore, a fiasco you can read about and watch on video here,” writes Joan Baxter.

Baxter goes on to compare Atlantic Gold’s and the RCMP’s press releases about the event to what actually happened. 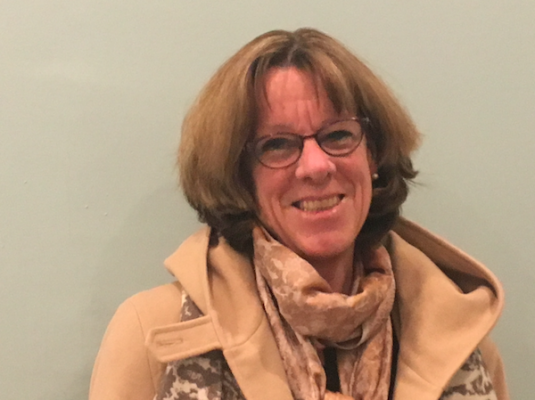 That used to be enough: reporters build a reputation and their word is their word, trusted.

I don’t need the confirmation, but Baxter’s account corresponds with that of several other people who were at the event, including Raymond Plourde from the Ecology Action Centre, who I know to be an honest man. Moreover, Elizabeth May attests to John Perkins’ character.

But now we get people from the sidelines arguing Baxter’s account of the Atlantic Gold event is biased or doesn’t show the whole story.

Well, there’s a simple way to demonstrate those allegations: Atlantic Gold can publish in full its own videos from the event. The company recorded the entire thing. If there’s an obvious disruption (other than the one Baxter relates in her reporting), then the video should show it, or the disruption should at least be audible on the video. 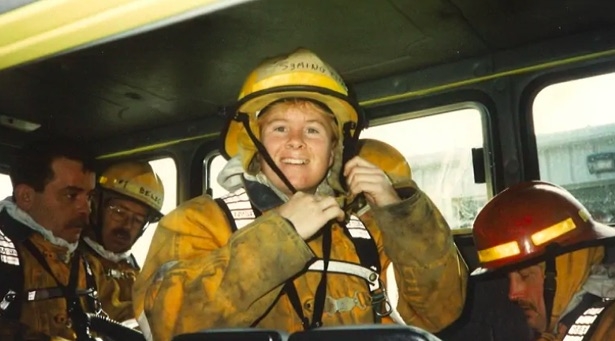 “When last week’s human rights commission hearing on gender discrimination in Halifax’s fire service began, lawyers for HRM tried to get the complaint tossed on a technicality,” writes Stephen Kimber. “The good news is that they lost. The bad news is that they tried.”

Click here to read “City Hall tried to crawl through a loophole on gender discrimination.”

I had an exchange on Facebook about this yesterday. A reader said something along the lines of “of course lawyers are going to try to get something thrown out on a technicality — that’s their job.” But that view misunderstands the lawyer/client relationship. The lawyer is not some all-knowing, all-deciding god; rather, the lawyer provides advice to the client, who decides how to proceed based on larger considerations.

I hire a lawyer — David Coles, who is among the very best media lawyers in Canada (I only say “among” because I don’t want to anger Nancy Rubin) — to provide prepublication advice and other services. Right now, Coles is working for the Halifax Examiner, CBC, and the Canadian Press to get the documents in the Glen Assoun case unsealed. In that role, Coles writes up briefs to submit to the court, but before he actually files them, he first runs the briefs by his clients. We could conceivably say, hey, we think you’re missing something, or we don’t like this part.

I can’t get into specifics, but once Coles suggested I approach a story a certain way. After much consideration, I decided that the aspect of the story I wanted out there in the world was worth the risk of a defamation suit, and that given the balance of probabilities, we’d probably win in court anyway. Publishing the article as I intended was contrary to Coles’ advice, but I was in charge, not he. (In the end, circumstances changed such that the matter in question became a non-issue, but the point remains.)

So, it’s not just that City Hall lawyers are off in some room making lawyerly decisions and whatever happens, happens. No. The lawyers advise their bosses, which in the Symington case was city council in closed session, and the bosses give the direction whether to proceed a certain way or not. It was council, not the lawyers, who decided to pursue the technicality angle.

Councillors were not required to take the lawyers’ advice. There could have been — and were, by my reckoning — broader concerns about the public being allowed to hear Symington’s complaint, among others, which should have trumped the lawyers’ advised path for proceeding.

“His Royal Highness Prince Andrew, Duke of York, paid a ‘private working visit’ to Halifax to commemorate the 150th anniversary of the Princess Louise Fusiliers regiment of which he apparently serves as colonel-in-chief,” notes Mary Campbell.

How’d I miss that? Having sworn allegiance to the queen, I thought I was on the royal family’s media distribution A-list. Maybe I need to bribe someone?

I received notification of the event on Tuesday with instructions that “for security reasons” his upcoming visit was “not to be shared with the public.”

I understood, of course — when you are eighth in line to the British throne, danger lurks around every corner.

He received “military honors” and attended “several private engagements” related to the anniversary. It must have been a treat for him — I bet nobody called him “Air Miles Andy” or “His Buffoon Highness” or “cheerleader in chief for the arms industry” or brought up any of his awkward friendships with dictators or convicted sex offenders or asked if it’s true he and Fergie are about to re-marry.

He doesn’t know it, but he is very glad I did not attend the ceremony.

Which is not to say I didn’t mark the occasion — I did. I rewatched a few episodes of The Windsors on Netflix.

You can’t get that sort of quality snark just anywhere. You’ve got to subscribe to the Cape Breton Spectator, which you can do by clicking here, or click on the photo below to get a joint subscription to both the Spectator and the Examiner.
White space

Why the hell is this fence ruining what is otherwise a great change to argyle Street? @haligonia @DowntownHalifax pic.twitter.com/SQaZwI5scN

I was out of town for much of the kerfuffle surrounding the giant fence erected with the desire to separate impure drinkers from the three teetotaling hockey fans who might’ve for some reason wandered down a meter-wide sidewalk on Argyle Street, a giant fence encircling a beer garden on one side and patios of beer drinkers on the other.

But all the to-do gives me reason to post this photo of the delightful The Forks Park in Winnipeg: 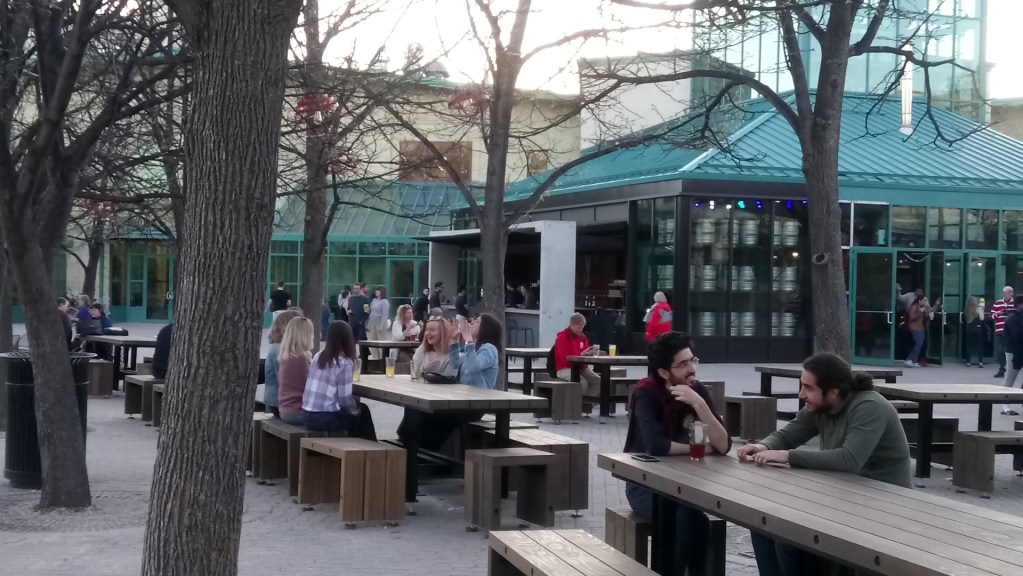 As you can see, beer and wine are sold from the not-obnoxious storefronts adjoining the park and folks responsibly drink outdoors without corrupting preschoolers.

The evening I was there, there was a cross-section of people in the park: hipsters, families, teenagers, joggers, and a perplexed reporter. People shared drinks at the tables, and signs politely told them to not take alcohol out of the immediate area; no fences or bouncers were present, and people happily and civilly complied.

The park is, in a word, tasteful. I think people generally live up to the physical cues of their surroundings. Provide a nice park with a subdued allowance for drinking amongst the trees, you’ll get one kind of behaviour; build a booze shopping mall on George Street or its local equivalent Argyle Street and erect fences that accentuate the alcohol focus, and you’ll get another sort of behaviour. You’ll get one sort of atmosphere at The Dome, another entirely at a neighbourhood pub. I can’t understand why Halifax can’t get this right.

On Friday, the city issued a tender offer for the reconstruction of Barrington Street from under the Macdonald Bridge to Devonshire Avenue, including the construction of a multi-use trail on the east side of the roadway. The work is to be completed by August 31. 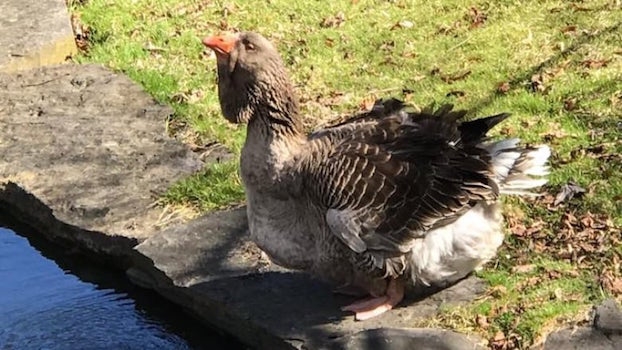 Diana. Photo: The Friends of the Public Gardens via CBC

“The last of the Halifax Public Gardens geese has died,” reports Cassie Williams for the CBC:

Staff found Diana, a Toulouse goose bred in Nova Scotia, dead in her enclosure near the main gate of the Public Gardens early last week.

Executive Standing Committee (Monday, 10am, City Hall) — the committee is starting the process of amending city policies to comply with newly enacted legislation that requires the opportunity for parental leave for councillors.

Human Resources (Tuesday, 10am, One Government Place) — discussion of “Women’s Economic Security in Nova Scotia,” but only the right kind of women, not the women working minimum wage jobs or collecting social assistance — those women will continued to be screwed.

Spring Convocation, morning ceremony (Monday, 9am, Rebecca Cohn Auditorium) — for graduates in the Faculties of Medicine and Graduate Studies.

Atlantic BIOCON 2019 (Monday to Wednesday, various locations) — I wrote about it here.

Archaeology and Geology of the Ancestral Site of the Mi’kmaw (Tuesday, 7:30pm, Burke Theatre B) — Gerald Gloade of Millbrook First Nation will speak. More info here.

Pete Seeger would’ve turned 100 years old earlier this month. The Intercept did a nice piece on him a couple of weeks ago.

I’m increasingly irritated by people who just seem to fall in line and blindly take the side of the powerful. Makes me think of Seeger’s version of the old union song: