You are here: Home / Featured / Why you shouldn’t use the Halifax airport’s wifi: Morning File, Thursday, November 17, 2016 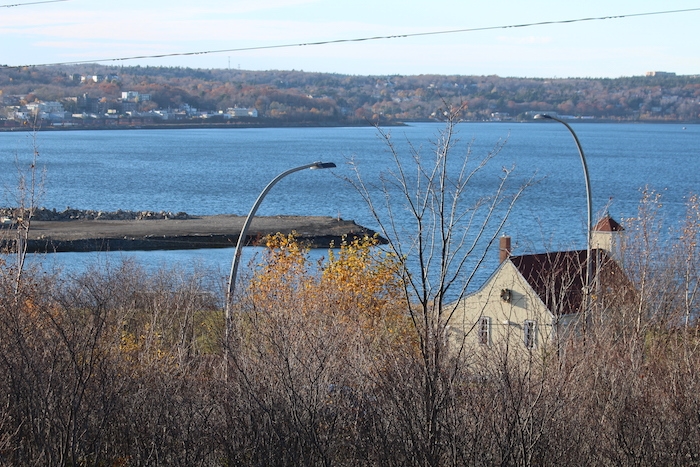 The new land at the port is arching towards the Africville church. Photo: Halifax Examiner

Yesterday’s article by Chris Lambie on the filling in of Halifax Harbour (linked to below) is an example of what the Halifax Examiner does best, I think.

I’ve long been aware that fill has been deposited at the Fairview Cove shipping terminal, but wasn’t really conscious of the extent of the operation until the fill was moved out into the Bedford Basin. Driving over the MacKay Bridge, I couldn’t help but notice an entirely new landform reaching out from the terminal and arching around towards the Africville Church. There’s a story there, I thought.

Over the past month or so I’ve been working with Chris Lambie, a Chronicle Herald reporter now on strike, and I’ve gotten to know him a bit better. I figured that given his interest in science stories and his business reporting background, he’d want to work on the harbour-filling story, and he did. We had the usual editor-reporter back-and-forth on it, and as Lambie dug into it, he learned more.

There’s nothing like seeing a reporter get excited about a story, and Lambie was excited about this one. Exchanging texts with him, I knew we had a good article in the works; it took about a week of reporting on his part.

On Sunday, I spent two hours at the site, taking photos from various angles: I went up to Seaview Lookout Park (the photo above), walked around the Africville church, hiked out to the end of the new land mass, drove out the Bedford Highway for the long view. I took over a hundred photos, and then found the best ones to accompany the story.

Lambie got his copy to me Tuesday night. He’s a very clean writer, so I didn’t need any rewrites from him, but copyediting, processing the photos, and posting the article on the site took around four hours more — that’s in addition to several other projects I had on the go yesterday — so the story didn’t get posted til 4:30pm.

All this costs money, of course. We paid Lambie last night. My time is worth something. There are ancillary costs for hosting the website, paying the bookkeeper, taxes and so forth.

There weren’t document or research costs with this particular article, but there very often are. For instance, I spent $16 conducting two searches on the federal bankruptcy site yesterday, which is fairly typical of the day-in, day-out costs of doing the necessary work for this publication. Sometimes those costs are very high, however: For the Dead Wrong series alone, I’ve spent over $1,000 for court and other documents; a Freedom of Information request I filed last month cost nearly $500.

All of which is to say, your subscription payments translate into good, and sometimes very good, journalism. I have enough story ideas for an in-depth article like Lambie’s every day of the week. And, unfortunately for them, there are a number of excellent but idle reporters in Halifax looking for work. Really, the limiting factor right now for the Examiner is cash. If we had the income, we could do much, much more than we are already doing on our shoestring budget.

So please consider supporting the Examiner with a subscription.

Reporter Chris Lambie looks at one effect of the development boom in Halifax: the dumping of pyritic slate in the Halifax Harbour and what that means for fish, for the Port Authority, for Africville, and for the harbour itself. 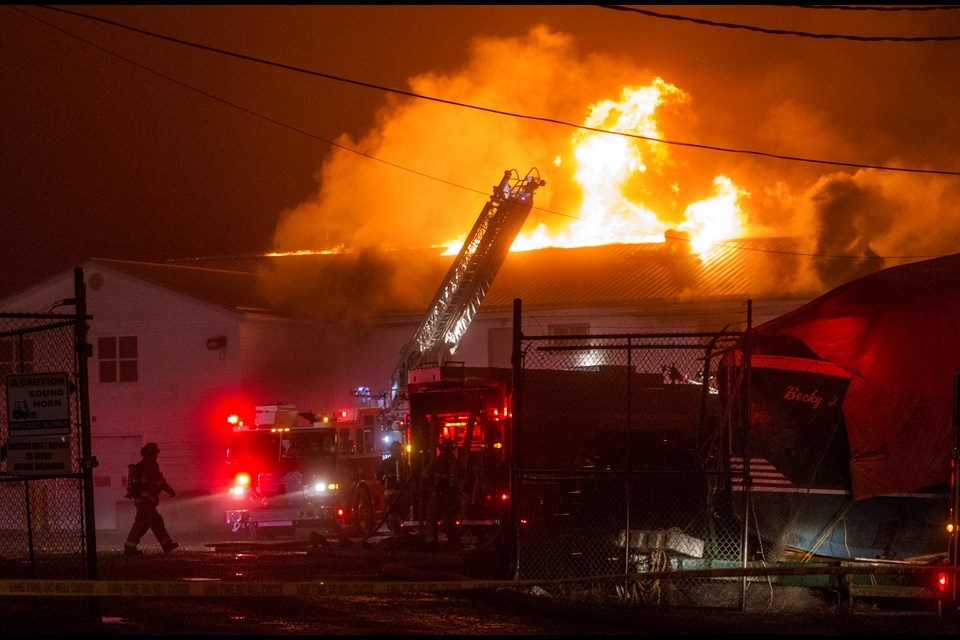 The Capital Seafood plant at Eastern Passage burned down last night. Local Xpress photographer Tim Krochak was at the scene and took a series of spectacular photos, including the one above.

The Chronicle Herald wants to eliminate the jobs of Krochak and the other photographers at the paper, and replace their professionalism with reporters using iphones.

The city is spending $135,000 annually for upkeep of the abandoned Memorial Library on Spring Garden Road, reports Jen Taplin for Metro. Additionally, Taplin surveyed annual upkeep costs for other idle properties, including $90,000 for the old Dartmouth City Hall and $86,000 for the Bloomfield School. Other properties cost far less but add up to a pretty penny. 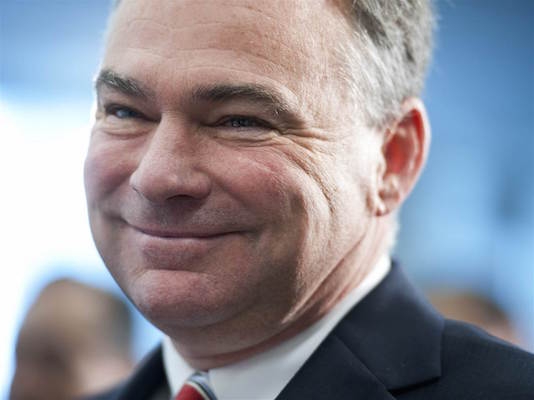 Kaine, the former governor of and now senator for Virginia, is a devout Catholic personally opposed to abortion, so he’s never gotten one. But he surprised everyone on the campaign trail by embracing Hillary Clinton’s support for women’s right to reproductive choice.

Still, his presence at the Security Forum shows just how much Kaine and the Democratic Party are part of the military industrial complex and, indeed, are neoimperialists.

This is where I remind readers of one of the much-overlooked revelations from the Snowden leaks, as reported by Greg Weston, Glenn Greenwald, and Ryan Gallagher for the CBC:

A top secret document retrieved by U.S. whistleblower Edward Snowden and obtained by CBC News shows that Canada’s electronic spy agency used information from the free internet service at a major Canadian airport to track the wireless devices of thousands of ordinary airline passengers for days after they left the terminal.

After reviewing the document, one of Canada’s foremost authorities on cyber-security says the clandestine operation by the Communications Security Establishment Canada (CSEC) was almost certainly illegal.

The latest Snowden document indicates the spy service was provided with information captured from unsuspecting travellers’ wireless devices by the airport’s free Wi-Fi system over a two-week period.

Experts say that probably included many Canadians whose smartphone and laptop signals were intercepted without their knowledge as they passed through the terminal.

The document shows the federal intelligence agency was then able to track the travellers for a week or more as they — and their wireless devices — showed up in other Wi-Fi “hot spots” in cities across Canada and even at U.S. airports.

That included people visiting other airports, hotels, coffee shops and restaurants, libraries, ground transportation hubs, and any number of places among the literally thousands with public wireless internet access.

The document shows CSEC had so much data it could even track the travellers back in time through the days leading up to their arrival at the airport, these experts say.

I don’t have any proof of it, but I highly suspect that the CSEC operation coincided with the 2012 Halifax Security Forum, and was run with the cooperation of the Stanfield International Airport. That just makes sense to me: we’ll show off our superspy stuff to the big name Americans while they’re here, and no one at the airport will object because it’s Halifax.

Since the operation became public, I don’t use the wifi at the airport. But I wonder what other spy stuff the powers-that-be are trying off on unsuspecting citizens during the forum.

The Security Forum runs this weekend at the Westin. The organizers evidently have a sense of humour, as the opening session is titled “Make Democracy Great Again.”

If anyone catches Kaine feeding the pigeons on the boardwalk, I’ve got 50 bucks for the photo — and a hundred bucks if you get a pic of him hitting on college students at the Lower Deck. 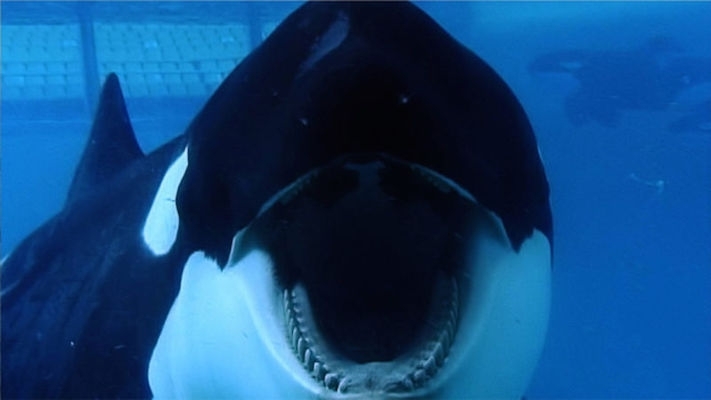 Speaking of Chris Lambie… last month, I really wanted to go to a talk at Dal by whale researcher Lori Marino, but I had a conflicting meeting, so I asked Lambie to cover the talk for me. He came back with an exciting article, “Captive whales may be coming to Nova Scotia,” (behind paywall) which explored the Whale Sanctuary Project’s aim to build a whale sanctuary in Nova Scotian waters.

The Halifax Examiner published the article on October 14. Now, on November 17, the CBC is reporting the same story.

I’m forever amused by the Canadian pursuit of glory by tenuous association to fame, but any excuse to post the 1965 NFB film Ladies and Gentlemen, Mr. Leonard Cohen will suffice, I suppose. Writes Ron Foley MacDonald:

The passing of Leonard Cohen last week at age 82 got me to thinking of his connections to Nova Scotia, particularly two important people who worked with him on signature projects. Filmmaker Don Owen, a resident of Halifax in the 1980s and 1990s, co-directed the major 1965 National Film Board of Canada portrait of the then poet and novelist entitled Ladies and Gentlemen, Mr. Leonard Cohen. Jumping forward to the mid-2000s, the composer Philip Glass, a longtime Cape Breton resident, collaborated with Cohen on a musical setting of the singer / songwriter’s first book of poetry in 22 years, Book Of Longing.

I would like to discuss by-laws that allow people to keep vicious dogs at their home as long as they try to follow conditions.

One dog that I am aware of has bitten people at least three times and one was my nine-year-old grandson. He was bitten on the arm and several times on the buttocks. This resulted in him missing a week of school and hockey. He was seen at out-patients initially and five days later by his family doctor who was quite surprised the dog was still alive.

I should also mention that the dog injured a woman at the home by dragging her off her doorstep to get at the children.

Had this been a smaller child who knows what the outcome would have been? It frightens me.

As I say it is a vicious dog and people have to take a stand so these dogs are not returned to their owners anywhere. This dog is still in my grandson’s neighborhood and it frightens him so much.

Active Transportation Advisory Committee (4pm, HEMDCC Meeting Space, 60 Alderney Drive) —the only thing on the agenda is the Macdonald Bridge bikeway thing from above. 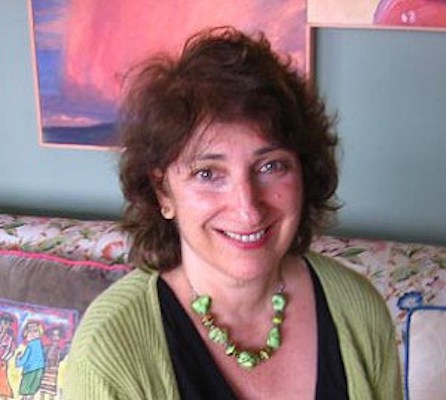 Transformation, the difference between life and art…; Metamorphosis and how it can flourish under financial restraint…; Deadly sins committed in theatre; how envy, covetousness, and rude behavior make theatre work…For forty years, designer John Pennoyer’s ephemeral visions have come to life in theatres and opera houses in Canada, the UK and the USA. Mr. Pennoyer trained as a designer at the Stratford Festival. 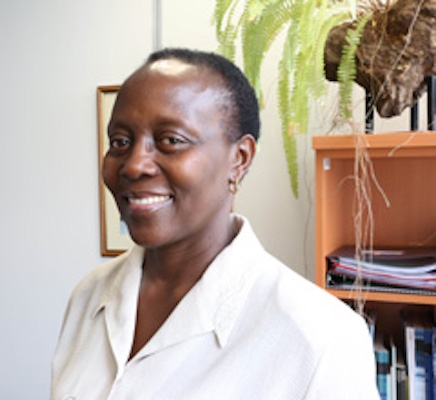 Common Threads (7pm, Dalhousie Art Gallery) — Mayann Francis and Shauntay Grant will talk with Peter Dykhuis, the director of the Dalhousie Art Gallery, about “the historic and modern day significance of textiles concerning their respective curated projects.” In Francis’s case, that’s “The Dress: Mayann Francis and the Call to Serve,” and  in Grant’s case, “Stitched Stories: The Family Quilts.”

Race in Canada (7pm, Room 127, Goldberg Computer Science Building) — Minelle Mahtani, from the University of Toronto, will speak on “Living Race in a Post-Racial Era? Mixed Race Amnesia in Canada”

Friday
7:15am: Nolhanava, ro-ro cargo, arrives at Pier 36 from Saint-Pierre

I have a very early meeting this morning so am finishing Morning File without getting to something I wanted to write about… yesterday, CBC reporter Jack Julian pointed out to me that I was overly dismissive of his article on the costs of the Christmas tree going to Boston, or at least one angle of the story. I agree with him, and want to explore it at more length than I have time for right now. I’ll get to it tomorrow.