You are here: Home / Featured / Why we need a subscription-based news outlet 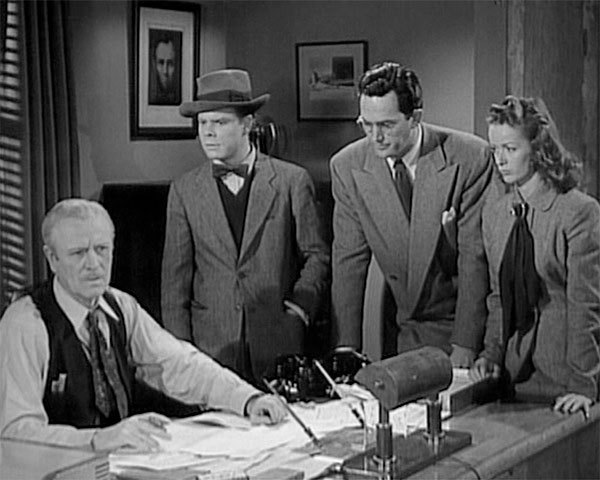 Yesterday I discussed my problems with advertorial, and explained that it was one reason why I left The Coast. The news site I’ll be launching in May will have no advertising, which addresses the problems that come along with with advertorial.

But running an advertising-free news site won’t make me a completely virtuous, bias-free reporter floating on an ethical plane above the rest of the media encased in crass commercialism. That’s not how the world works.

A newspaper, or a news website, is a business. It either has to be profitable, or it has to have underwriting, in order to stay afloat and do the important work of journalism. And so business concerns affect every media outlet.

I came to understand just how important the business side of the industry is when I worked for the Daily Citizen, in Searcy, Arkansas. As I wrote yesterday, I could do pretty much what I wanted to do, and only once had interference from above.

Harding University, the Church of Christ affiliated, fundamentalist college in town, was rolling out a five-year fundraising plan, and so had a luncheon to christen it. By any reckoning, Harding is an important institution in Searcy, so this was important news. I went to the luncheon.

As I watched speaker after speaker at the luncheon commit not just to raising a certain amount of money, but also to personally tithing 10 percent of their income to the school, I realized there was tremendous social pressure on all college employees to do the same. After the luncheon, I started asking questions and nosing around, and I learned that it was an unwritten rule: all employees had to tithe to the college. Those who didn’t would be looked at unfavourably, and not tithing would affect their career path.

Many of the people who worked at the college made minimum wage, so an all-but-required tithing expectation meant they were effectively getting paid less than minimum wage, which raises issues with employment law. I also started looking into the high salaries paid to administrators and, yep, the coach of the football team. Some very brave people who had absolutely everything to lose were feeding me information and suggesting where to look.

Through the years, I had researched many non-profits in the United States. One basic tool is to pull the organization’s tax returns, which provide information about salaries above a certain threshold (I think it was $60,000 annually at the time), where money came from and where it was spent, administrative overhead, project budgets and the like. A lot can be learned through a close reading of the tax return. And because these organizations are collecting donated dollars—charity—the IRS has rightly made these tax returns public so people contributing money can have some assurance that their money is well-spent. The Ford Foundation took the additional step of funding GuideStar, an organization that publishes all non-profits’ tax returns on the internet.

But when I went to GuideStar to pull Harding’s tax return, it wasn’t there. Upon investigation, I discovered that the year before congress had quietly passed a bill that exempted just three non-profits from the public disclosure law. All three were fundamentalist Christian colleges, and one was Harding. A news search found that no one in the country had ever reported on the exemption.

I wasn’t sure where the story was going, but I envisioned a piece calling into question the finances of the college, the disparate pay rates, the all-but-required tithing, and the lack of transparency and accountability to donors. It would be an explosive story, one that challenged an important large institution in the small town I was working in, and which touched on the culture wars plaguing the United States. I starting calling Harding administrators to get comment.

In the midst of this research, I showed up for work one day and was called into the publisher’s office. He was giant affable Irish guy named Mike Murphy. I liked Mike a lot, and not just because he was the only person in town who would invite me over for barbecue and beer. Mike was from Michigan, and had moved to Searcy a few years before because, well, I don’t know why. I suspect he had lost a job up north, but he said he thought Searcy was a good place to raise his kids. Maybe. A Catholic dropped in the midst of the fundamentalist Bible Belt, Mike had a wry and detached sense of humour, like when he told me about a black priest showing up to take over duties at the Catholic church. “They blinked,” he said of the congregation, showing his enormous grin. “And then they had a church picnic to welcome him. All one big happy family. You won’t see the Baptists doing that.”

The morning Mike called me into his office, he seemed embarrassed. He told me he had gotten “some calls” about my questions to Harding administrators, and so knew what I was working on. “I’ve never said this before, but you can’t do that story,” he said. “The college is just too big in this town, and we can’t take them on.”

That was the only time in my career a boss directly told me to drop an investigation. I found out some years later that the Chronicle of Higher Education did some reporting around the issue, but I’m sure that had no effect whatsoever in Searcy.

I didn’t like being taken off a story, of course, but I think Mike was right: the economy of it didn’t work. Had I written the piece, the Citizen would have been viewed as hostile to the college, and Harding had so much clout in town that it could easily decimate the subscription and advertising rolls of the paper. The Citizen would be out of business in a month.

My point is that every media outlet has financial concerns and entwinements that can play out in what gets covered and what doesn’t get covered. Advertorial content presents one set of problems, but so does operating in a small town dominated by one institution. I think a subscription model will avoid most of the obvious problems, but let’s not kid ourselves: that too has its pitfalls.

The solution? It almost seems trite to say, but the only way around the media’s self-censorship and hesitancy to offend funding sources is to have lots of different media outlets, so that in the mix of different funding sources, the important stories can still be told. And it’s not enough to have a bunch of media outlets, if they’re all relying on the same business model: 10 newspapers all chasing the same pool of advertisers doesn’t much get around the inherent problem of restraining reporting for fear of offending advertisers. That’s why I’m trying a different business model, based on subscriptions, rather than advertising.

I like to think of my reporting as fearless, and that if need be I can piss off subscribers just as easily as I could piss off advertisers. Maybe. I hope so. But even if not, you can rest assured that because my funding sources are different than the funding sources for advertiser-based media operations, my blindsides and shortcomings will be different. I’ll be able to do important reporting that the advertiser-based outlets might shy away from. I’ll be able to tell the stories that wouldn’t otherwise be told.