You are here: Home / Featured / Why did the chicken cross Waverley Road? To get its Glock 19 Gen4

Hi, I’m Erica Butler, taking another kick at the Morningfile can.

1. Whalley trial gives a glimpse into the inner workings of CBRM 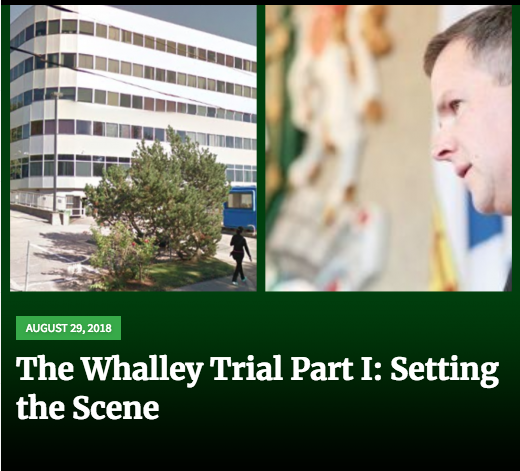 The Cape Breton Spectator’s Mary Campbell has published three parts of her deep dive series on the Whalley trial.

On the surface, it was as billed — a constructive dismissal case in which the plaintiff, Whalley, the former economic development manager with the municipality, argued that the removal of all responsibility for port development from his file in May of 2015 amounted to a significant breach of his employment contract.

Scratch that rather dry, legal veneer, though, and Whalley’s suit was something quite different — it was a peek into the inner workings of the administration of CBRM Mayor Cecil Clarke during a very controversial period that included the sale of Archibald’s Wharf, the McKeil deal and other strange doings around port development.

The series is a fascinating look at not only the finer workings of Cape Breton politics, but how we think about economic development in Nova Scotia.

The Cape Breton Spectator, like the Halifax Examiner, is reader-supported, so you’ll need a subscription to access Campbell’s compelling series. The good news is that there’s a combo subscription offer, which gets you the Examiner and the Spectator for $15/month. 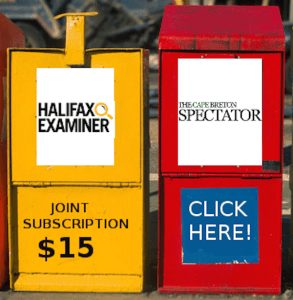 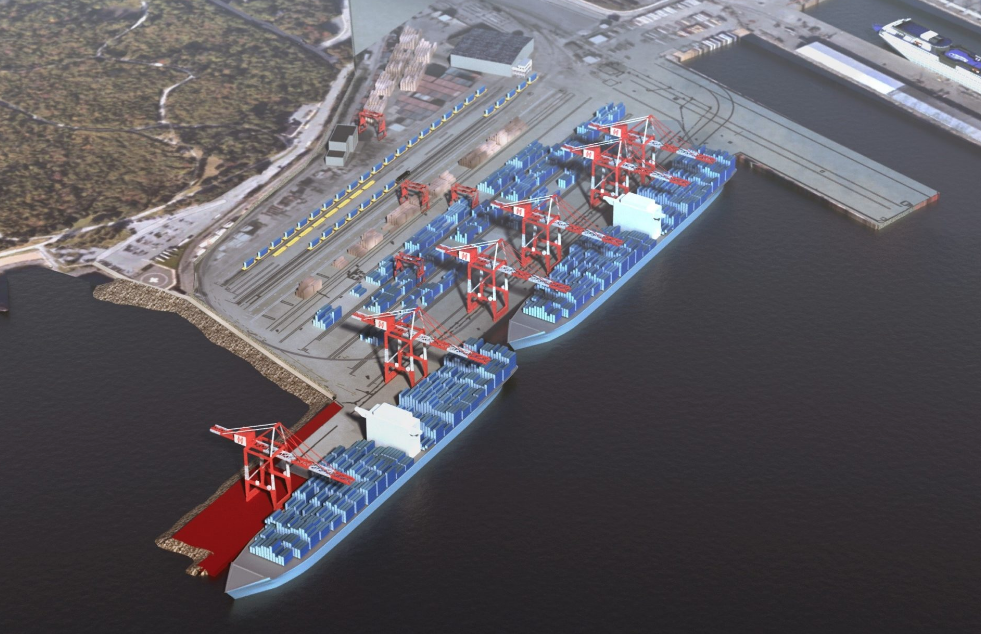 The planned first phase of the south end container terminal expansion build southward, on the park side of the terminal. Source: Port of Halifax.

The Port of Halifax has announced a two-phase expansion of its south end container terminal, reports Graeme Benjamin for Global News.

Port of Halifax spokesperson Lane Farguson says the first phase of the project is expected to begin in the first quarter of 2019 and be completed sometime in 2020.

“The big reason that we’re doing this is the evolution that’s taking place in the shipping industry right now,” said Farguson. “The ships are getting bigger, and we really need to make sure that we have the capacity and the infrastructure in place to continue to be a part of that evolution.”

The Port Authority’s plan includes efforts to reduce (though not eliminate) truck traffic in downtown Halifax by using transfer points in Moncton, NB and Trenton, NS to get more containers on rail and off roads.

There was no word on the possible relocation of the south end terminal to Dartmouth.

3. Handgun hobbyists worried about a ban on handguns

The CBC’s Preston Mulligan interviewed a Truro man who owns an indoor gun range, to find out how he feels about the possibility of the federal government banning handguns in Canada. Spoiler alert! He’s not happy about the prospect, and “fears he’ll have to close his operation if Ottawa moves ahead with a full ban on handguns.”

Indeed, it seems highly likely that hangun-based operations will close in the event of a full ban on handguns. But then again, maybe not. The Canadian government’s recently announced instructions to former Toronto police chief Bill Blair are to study “a full ban on handguns and assault weapons in Canada, while not impeding the lawful use of firearms by Canadians,” reports Kathleen Harris for CBC news. It sounds more like a Zen koan than a reasonable study objective, but maybe I am misunderstanding the words “full ban.”

Back to the fate of the Truro gun range. You gotta wonder if the purveyors of lawn darts got any press in the 80s as the US government considered banning them. Then again, lawn darts were available at any old K-Mart, while handguns are not, at least in Canada. Mulligan quotes the gun range owner, Gordon Hunt, explaining:

“Legally, to use a handgun, you must shoot it in an environment where there is supervision,” he said. “You just can’t go out anywhere and shoot that firearm.”

Of course, somehow handguns do find their way into unsupervised environments.  In 2016, according to a Statistics Canada report on homicide, handguns continued to be “the most frequently used type of firearm, representing 58% of all firearm‑related homicides.”  That’s about 21% of all homicides in the same year. 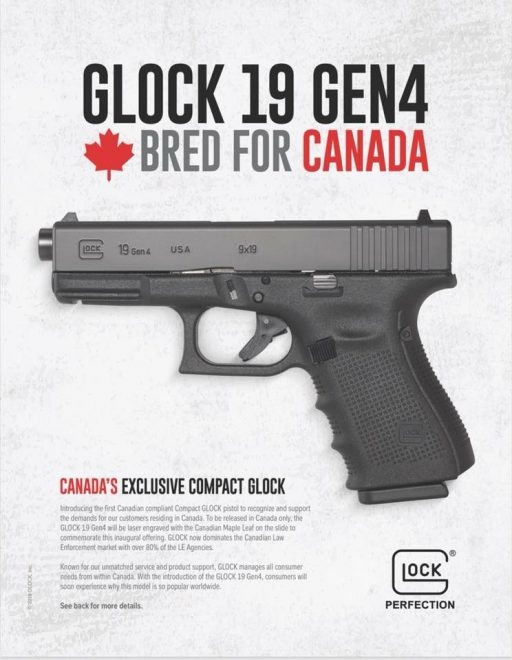 Olivia Bowden of the Canadian Press reported back in July that although many of Canada’s illegal guns are supplied by the US, the domestic supply has grown to about half in recent years.

Before 2012, about 75 per cent of the firearms were trafficked from the United States. By 2017, however, about half originated from domestic sources, putting an end to the idea that most of Canada’s illegal guns come from across the border, Det. Rob Di Danieli of the [Toronto police] guns and gangs unit said.
Legal Canadian gun owners are selling their weapons illegally, Di Danieli said, noting that police have seen more than 40 such cases in recent years.

4. Evicting chickens is back 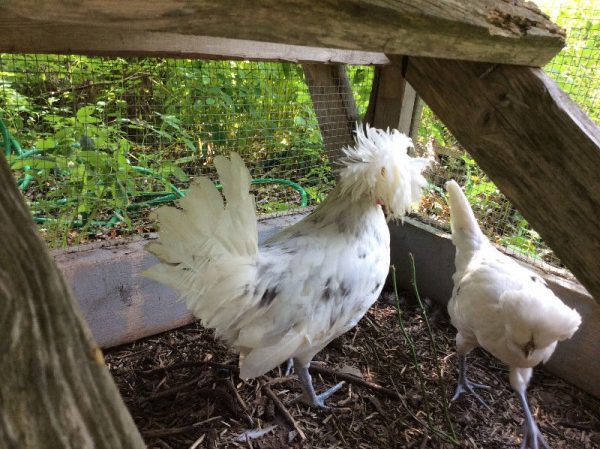 These “polish chickens” go for about $40 on Kijiji.

Halifax is getting back in the chicken-evicting game, reports Meghan Groff for HalifaxToday.ca. Someone called in to complain about five chickens kept on the two-acre property of a couple in Waverley, and since then a bylaw officer has visited and informed Steven Pick that his chickens need to go. Groff quotes Pick:

“I can’t even begin to imagine who or why somebody would complain about them,” he said.

“I just don’t understand it, there’s no rhyme or reason to it. They cause nobody any harm. They bring my wife joy, they bring me joy.”

Strangely, since 2013, I am permitted to keep chickens in my 1200 square foot backyard, while Pick is not allowed to on his two-acre Waverley property. In 2013, as the CBC reported, the city’s lawyer re-interpreted the bylaw for the Halifax peninsula to find chickens were not specifically prohibited. Of course, that was five years after the city ordered another peninsula resident to get rid of her chickens.

If we’re lucky this longstanding chicken saga will get put to a rest soon. Reports Groff,

Earlier this year, councillor David Hensbee presented a motion at council to request a staff report on allowing all residents of Halifax Regional Municipality to have egg-laying chickens for personal use. The motion passed 15-1.

But considering that HRM is currently governed by 21 different plans and 22 different land-use bylaws, the best hope may be an initiative that is already underway, kickstarted by former Chief Planner Bob Bjerke before we was suddenly fired by CAO Jacques Dubé. HRM planning is working on rural and suburban master plans, counterparts to the urban-focussed Centre Plan, which will harmonize and simplify the mess of by-laws that currently govern the HRM.

Taryn Grant of StarMetro Halifax reports on a city tender looking for a new city exterminator. Rats are the poster child for pest control in Halifax, recalling that back in October Councillor Tim Outhit had some harrowing tales from residents felling rats from backyard trees with pellet guns. 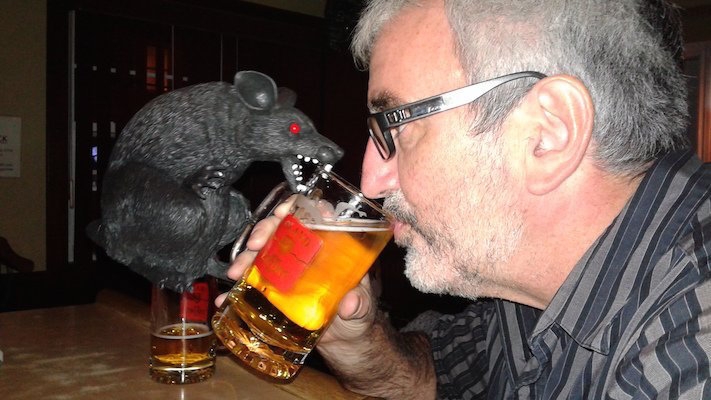 However the more insidious scourge of this city must surely be bedbugs. Last summer, Halifax made number 7 on Orkin’s top 25 list of bed bug infested cities, apparently based on sheer numbers of Orkin treatments, and not accounting for population size.

The city’s new tender, and their current service, does indeed cover bedbugs, but it is focussed on the city’s own buildings. What the scourge of bedbugs calls for, and what we have yet to see, is a city-wide strategy to control and maybe even eliminate the tiny bugs, maybe something like Montreal’s regional action plan to fight bedbugs.

6.  Call for a catch and release aquarium in Halifax 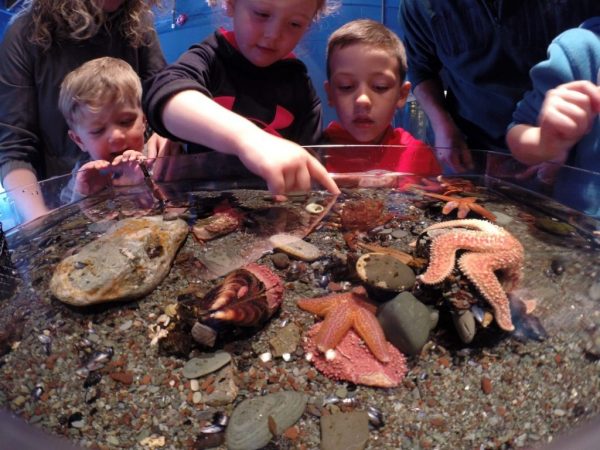 The group who ran a small donation-supported touch tank on the Dartmouth waterfront this summer are calling for an aquarium in Halifax, reports Alex Cooke for StarMetro Halifax.

Magali Grégoire of the Back to the Sea Society, a registered charity that promotes ocean education, said the small blue hut near the ferry terminal has welcomed more than 7,000 visitors and hundreds of students and day camp participants this summer — including plenty of repeat visitors.

But before you get over-excited in the positive or negative about a Halifax waterfront mega-project, please read to the end of Cooke’s story:

Grégoire’s ultimate vision isn’t a massive, large-scale facility like Ripley’s Aquarium of Canada in Toronto, or the Vancouver Aquarium, which both boast thousands of specimens from hundreds of different species, both local and exotic.

Instead, she said this aquarium would be largely modelled after the more modestly-sized Ucluelet Aquarium on the west coast of Vancouver Island.

“We’re going to be looking at 40 to 50 aquarium exhibits, with a few of them being touch tanks,” she said.

“Only local marine life, so only things that would fit within a catch-and-release philosophy.”

I haven’t been to visit the Ucluelet Aquarium, but I have been to the Petty Harbour Mini Aquarium outside of St. John’s, Newfoundland, and remember thinking at the time that this was something Halifax should be doing. The Petty Harbour Mini Aquarium is housed in a small warehouse-style space, and opens from June to September only. All specimens are collected in the waters around St. John’s in the spring, and returned to those same waters in the fall. It’s a fantastic example of amazing value, in both tourism and education, for a small scale project.

A man is facing charges after drug search August 27 in Dartmouth.

At approximately 10:50 a.m. yesterday, investigators in the Special Enforcement Section of the Integrated Criminal Investigation Division conducted a search at Maritime Vapors, 261 Pleasant Street. Officers seized a quantity of cannabis, cannabis resin and cannabis-infused products. A 25-year-old male employee was arrested for possession for the purpose of trafficking and released to appear in Dartmouth Provincial Court at a later date.

Maritime Vapors is licensed to Rodney Smith of Dartmouth.

This year’s CBC Massey Lecturer will be Tanya Talaga, journalist and author of Seven Fallen Feathers. Talaga will be in Halifax in October to deliver the second of the five-lecture series, called All Our Relations: Finding the Path Forward. Talaga promises to explore the legacy of cultural genocide against Indigenous peoples. From CBC’s announcement:

For Tanya Talaga, that cultural genocide has led to a forced disconnection from land and language by Indigenous peoples. The need now, she says, is for Indigenous self-determination in social, cultural and political arenas. Many communities, in Canada and abroad, are finding that the road back to a relationship with land and language are keys to community healing — to what in fact it means to be Indigenous.

If only the Halifax lecture were a free event, as is the Thunder Bay event, thanks to the sponsorship of the Nishnawbe Aski Nation. But hey, at least we get to hear the whole thing for free on CBC radio in November.