You are here: Home / Featured / Why comment sections are the cesspool of the internet, and what I’m going to do about it 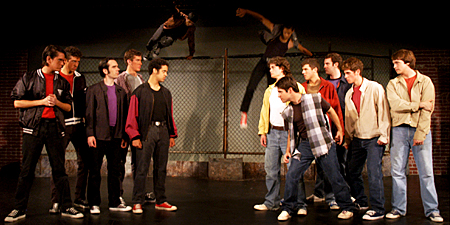 Many of the problems of the news media—an oligopolistic, centralized corporate ownership, a “business” orientation that reflects the world view of the managerial and ownership classes while ignoring the concerns of working people, overpaid celebrity reporters with “insider” status, reporting that uses false equivalency to present “balance,” and so much more—were well in place by the 1990s, and so the arrival of the internet was an godsend for democracy. Suddenly, anyone and everyone could present their views, unfiltered.

The explosion of blogging after the September 11 attacks was mostly an echo chamber of crazed right-wing American “war bloggers” circle-jerking for the Iraq War, but within a few years the left had found its footing as well, and now the internet is a thriving marketplace in ideas around society, politics, arts, sex, culture, you name it. Yeah, democracy.

Our world is better because so many people make use of their time and knowledge to blog. But bloggers by and large aren’t reporters. Reporting requires another set of skills and—and this is important—is a full-time job that requires pay, and costs money. Alas, the internet presented challenges for the traditional news outlets that hire reporters. Placing the content of the newspaper online for free is great for informing the public, but how does it support a newsroom of 100 reporters?

The solution was web advertising, which ultimately meant chasing hits. There are lots of strategies for chasing hits, all of them annoying: dumbing down content, as I discussed yesterday, but also (as Dave mentions in the comments), using multiple pages for a single article, bombarding readers with “related content,” and more.

The most insidious way to chase hits, however, was the creation of open-ended comment sections. Newspapers used to vet letters to the editors, but the vetting was ditched in pursuit of ever more hits. The idea was that people would comment on a news article, then come back again and again to respond to other comments, to re-iterate the original comment and so forth. One active commenter could be responsible for dozens of “hits” on a single news article.

In theory, open comments can create community, encourage a free exchange of ideas, and lead to a better informed readership.

Ha. Theory is one thing, reality a different. We all know that comment sections are the cesspool of the internet. Rather than creating community, they are the petri dishes for hatred, racism, sexism, stalking and ugly personal attacks. Rather than the respectful exchange of ideas, they are the domain of anonymous bullies shouting down others and paid trolling. Rather than getting better information, we get discredited psuedoscience, climate change denialism, fake facts, false dichotomies, and worse.

What’s happened is that instead of addressing the old set of problems—oligopolistic ownership and the rest—news media simply grafted themselves onto the internet, chasing web hits via the comment sections as a business model, while using the empty promise of democratizing as cover. We’re all the worse for it.

So what do we do? Well, for the news site I’m developing, there will be a different commenting policy: commenting will be limited to subscribers, who must use their real names, and all comments will be pre-moderated. (The moderation is a requirement of the libel insurance I’m using, but I think it’s a good idea nonetheless.)

Likely, this will mean far fewer comments than would otherwise show up. So be it. This is another upside of a subscription-based business model: I don’t have to chase web hits and therefore don’t need to host yet another web-based platform for unbridled hatred and stupidity. I hope that a community develops among the moderated comments from named people, but I’d rather have no comments at all than a cesspool.