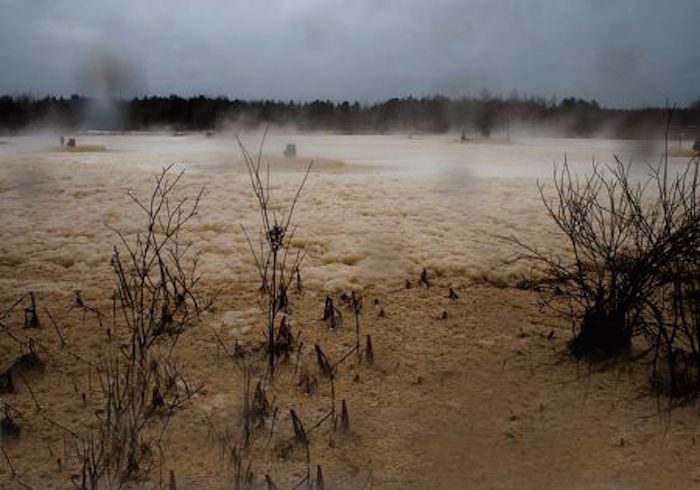 This once pristine tidal estuary, Boat Harbour has been used as an industrial waste lagoon for the Abercrombie pulp mill (now Northern Pulp) near Pictou for fifty years. Photo courtesy Dave Gunning.

This morning, the Halifax Examiner published Linda Pannozzo’s in-depth investigation of the proposal to clean up Boat Harbour:

For 50 years the area’s residents witnessed the transformation of Boat Harbour from a once pristine tidal estuary, so frequented by the Mi’kmaq of Pictou Landing that they referred to it as “the other room,” into a brown, frothy, toxic soup containing some of the world’s most dangerous chemicals: carcinogens such as dioxins and furans and heavy metals such as mercury, zinc, cadmium and chromium.

But that is soon to change. According to the Boat Harbour Act, legislation passed by the governing Liberals in 2015, the Abercrombie mill needs to have a new treatment facility up and running by January 2020, when Boat Harbour is slated for clean-up and will no longer be used as the mill’s waste lagoon.

But with the company set to register the proposal for the new treatment facility with the Department of Environment any day now, the prevailing mood in Pictou County is nowhere near celebratory.

For one thing, even though the details of the project haven’t yet been released, what we do know is worrying: Northern Pulp is planning to pipe the “treated” wastewater — upwards of 70 million litres per day, equivalent to 28 Olympic-size swimming pools — to an underwater site outside of Pictou Harbour, in the Northumberland Strait, a prime lobster fishing ground. With the province opting for a faster environmental review of the project, one that requires much less time or pubic consultation, many are wondering if it’s already a done deal and why other treatment options — ones that don’t use waterways as a dumping ground — aren’t also on the table.

Pannozzo goes on to detail how the proposal presents an enormous threat to the Northumberland Strait lobster fishery.

However, over the decades, as Boat Harbour has suffered and now the fishery is threatened, there has been an alternative that could do away with most of the mill’s waste cleanly. It’s called a “closed loop system”:

The technologies required for a closed loop system in a bleached Kraft pulp mill have existed for decades. Back in 1994, Pulp and Paper Magazine ran a 25-page “special report” called “Closing the Loop: The Effluent-Free Pulp and Paper Mill.” In it were a series of articles about how pulp and paper mills have “moved closer to effluent closure” and that the technology exists to make the “final environmental leap.”

The magazine’s editors interviewed a number of industry insiders, experts in the manufacturing of pulp and paper, all extolling the virtues and possibility of an effluent-free bleached Kraft mill, just like the one at Northern Pulp. One of the experts was Douglas Singbeil, at the time a researcher with the Pulp and Paper Research Institute of Canada (PAPRICAN). He was the “group leader” for corrosion control and process engineering and in no uncertain terms was optimistic about the possibility of an effluent free mill.

So why hasn’t a closed loop system been installed at Northern Pulp, and why isn’t one being considered now? You guess it: Money. Continues Pannozzo:

[An] industry insider tells me that California’s strict environmental laws, coupled with pressure from the public concerned about water pollution, led to the pilot study. He says there are “a whole host of upgrades that could be done at the Abercrombie mill to drastically reduce the solids output, the chemical output, and the effect on the environment” and that it “could have been done 30 years ago. They haven’t even made a step in the right direction there.”

According to Dave Gunning, many companies around the world that used to operate bleached Kraft pulp mills have switched to BCTMP mills and zero effluent treatment facilities. He says it would be technically possible for Northern Pulp to upgrade to a BCTMP but it would be expensive. “Maybe around $100 million or more. But that’s pennies compared to what the fishing industry is worth.”

Click here to read “Dirty Dealing: Northern Pulp Mill and the province are set to roll the dice with Boat Harbour’s replacement, but a cleaner alternative exists.”

Inevitably, when the Examiner publishes Pannozzo’s investigative pieces I get requests to take the articles from behind the paywall because “this is so important everyone should read it.” Well, I agree it’s important. Pannozzo’s work should inform policy making.

But these stories don’t just happen. Linda isn’t sitting at home wiling away her time — filing freedom of information requests, reading research papers, calling experts around the world, then spending weeks to craft an article — on a lark. It’s work. It’s work that taps into her considerable background knowledge and her skills as a researcher and writer. She should get paid for that work — and she does.

This is the thing about journalism: the advertiser-driven business model doesn’t work any longer. Even if it did, it couldn’t possibly pay for the kind of resources that go into lengthy investigative pieces like those Pannozzo produces. It takes cold, hard cash from readers. From you.

Also, those subscribers who purchase at the annual $100 rate or above will get a free Examiner swag.

“A dispute between the City of Portland, Maine, and the U.S. Customs and Border Protection is threatening to end the Yarmouth, N.S., ferry service to Portland next year,” reports Paul Withers for the CBC:

U.S. Customs and Border Protection says Portland’s international ferry terminal does not meet federal standards so it will no longer provide entry and exit customs screening at the Gateway Ocean Terminal in 2018.

“Currently, as there are no plans to provide CBP with a fully compliant facility, we are unable to continue to provide service beyond the 2017 ferry season at this location as we must maintain the highest level of national security at all of our ports of entry,” spokesman Sean Smith told CBC News in an emailed statement Tuesday.

The City of Portland, which owns the facility, has balked at spending the $6 million to $7 million it says is needed to deliver the upgrades or new facility the federal agency is seeking, according to the Bangor Daily News report.

However, Peter McGuire, reporting for the Portland Press Herald, has an entirely different take on the dispute:

“We have been clear from Day 1 that we are not in a financial position to shoulder that expense,” [Portland Economic Development Director Greg] Mitchell said in an interview Tuesday. The ferry’s unproven track record and questions about continued financial backing for the service from the provincial government in Canada made Portland officials reluctant to make the investment customs officials demanded.

Customs and Border Protection agreed in 2014 to operate a two-year temporary screening facility at Portland’s Ocean Gateway when ferry service between Portland and Yarmouth, Nova Scotia, resumed after a four-year hiatus.

The temporary facility was intended to give Portland time to see if the ferry service would be financially viable. Before starting operations, the city invested $150,000 in the Ocean Gateway terminal through a loan to Nova Star Cruises, which operated the ferry service at that time.

In August 2014, customs officials told Mark Amundsen, CEO of Nova Star Cruises, that the agency agreed to work at the terminal temporarily with the understanding that Nova Star would build permanent inspection facilities. The agency asked for improvements costing almost $4.7 million, including a $2 million inspection building, radiation scanning devices, a license-plate reader, closed-circuit television and new inspection booths. Portland officials estimate the federal requirements now would cost as much as $7 million.

Customs and Border Protection extended its acceptance of the temporary facility for another two years in 2016, after the Nova Scotia government canceled its contract with Nova Star Cruises, which had not met its passenger projections despite more than $40 million in subsidies. The company filed for bankruptcy in 2016.

Uncertainty over the ferry operators, different ships and the Nova Scotia government’s commitment to subsidize the service “did not allow the city to make any progress to make the multi-million dollars of investment to support the CBP request,” Mitchell said Tuesday.

An investment of that size is also out-of-scale for the ferry, especially when compared against the economic gains of increasing cruise ship traffic to Portland. In the last four years, cruise ships have paid $5.63 million in passenger fees to the city, compared with $672,250 from the Nova Scotia ferry, city records show. Cruise ship passengers are not required to undergo the CBP screening in port.

I’m guessing the McNeil government will pony up the “$6 million to $7 million” — let’s call it $10 million — for the Customs upgrades, because in for a penny, in for a pound, no? There is no ferry expenditure that is too high. If it comes to it, we’ll spend a billion dollars on that thing. 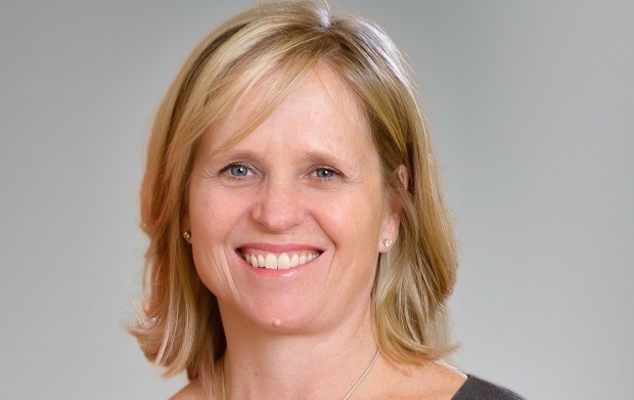 BREAKING: Former IWK CEO Tracy Kitch is about to be honoured as one of Canada's 100 Most Powerful Women by the Women's Executive Network. @CTVAtlantic

Kitch, you’ll recall, charged $47,000 worth of personal expenditures to the IWK. We wouldn’t know about the improper expenditures were it not for CBC reporter Michael Gorman.

Some teenage girl lifts a 20 bucks of makeup from Lawton’s, and she’ll spend the weekend in jail and be fast-tracked into the never-ending criminal justice machinery, where she’ll be ground to a pulp. But a CEO lifts 47K from a public hospital, and she gets praised by fellow mucky muck women execs.

I don’t quite understand why people aren’t burning shit down.

Halifax District RCMP is investigating two incidents involving a green laser being pointed in to the cockpits of incoming flights at the Halifax Stanfield International Airport.

Just after 11 p.m. last evening, Halifax District RCMP, with assistance from Enfield District RCMP, made extensive patrols of the Grand Lake, Goffs, and Enfield areas after two pilots reported a green laser was pointed directly in to the cockpit of two flights landing at the airport.

An hour later, an off-duty RCMP officer was driving on Highway 2 in Enfield when their vehicle was also targeted by a green laser.

The suspects were not located in any of these incidents.

“Such actions are dangerous and jeopardize the safety of the passengers and crew on these flights,” says Cpl. Dal Hutchinson, Halifax District RCMP. “As well, it can result in charges under the Aeronautics Act which can result in a fine up $100,000.”

Transportation Standing Committee (Thursday, 1pm, City Hall) — the committee will talk about the “Carriage of Two-Wheeled Devices” on ferries. There’s a guy on the city’s Sunshine List whose job it is to rename bicycles.

No public meetings today or Thursday. 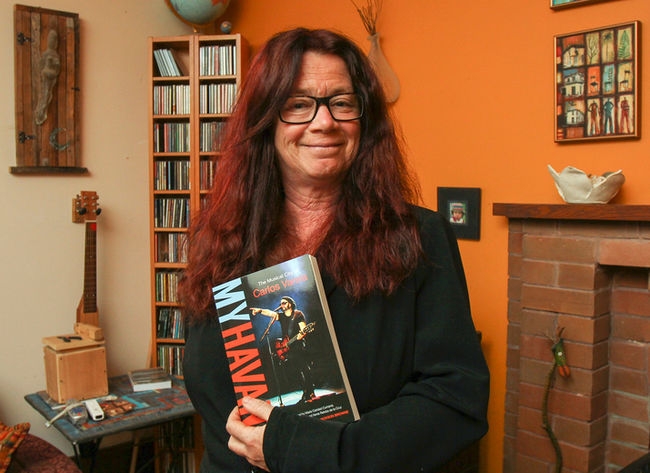 How Cuban Music Made Me a Better Historian (Wednesday, 10am, Room 238, Life Sciences Building) — Karen Dubinsky from Queen’s University will speak. 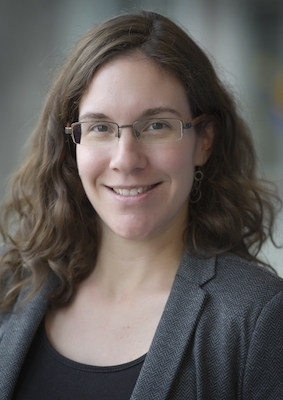 From Gutenberg to Zuckerberg and beyond. Text Forms and Textual Transmission through the Ages (Thursday, 2:30pm, Room 2107, Mona Campbell Building) — Viktor Golinets from the College of Jewish Studies, Heidelberg, will speak.

Two Minutes to Midnight: Can the Crisis in North Korea be Defused? (Thursday, 7pm, Potter Auditorium, Kenneth C. Rowe Management Building) — a panel discussion about North Korea’s nuclear program and human rights abuses, followed by a screening of the film “Under the Sun.” 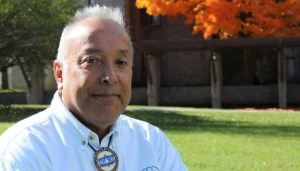 Are SMEs With Immigrant Owners Exceptional Exporters? (Wednesday, 1pm, 4thFloor in the building named after a grocery store) — Horatio Morgan from Ryerson University will speak.