You are here: Home / Featured / Who will be the next minister of African Nova Scotian Affairs? 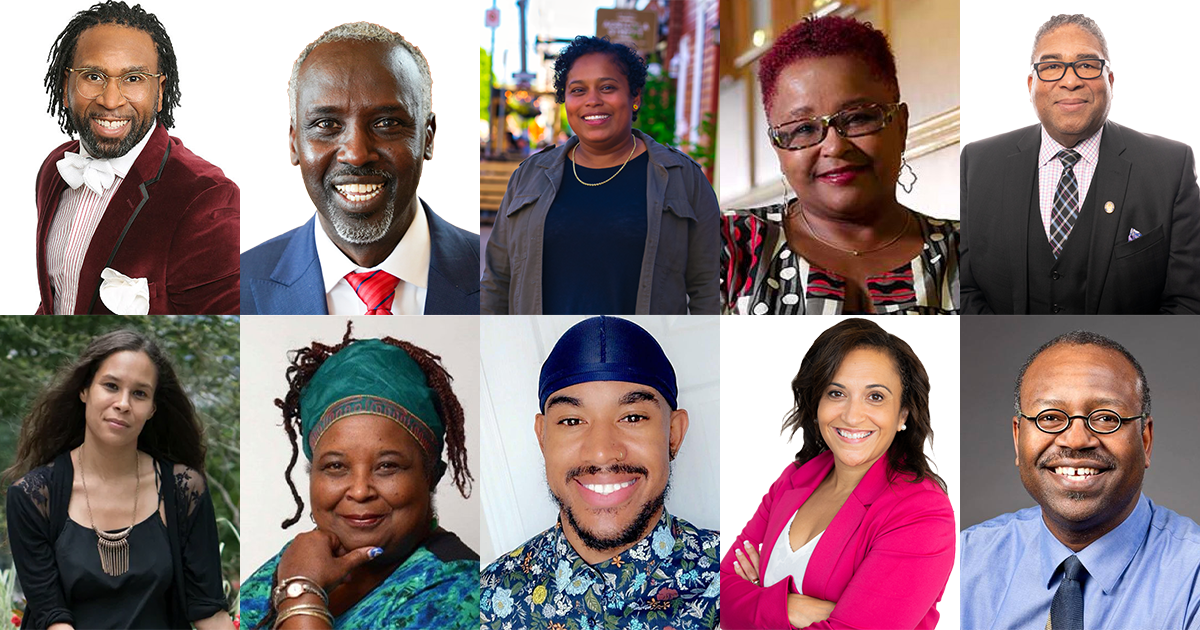 This comes as Tuesday’s election saw a record number of four Black MLA candidates voted into the provincial legislature.

There have been two white ministers of African Nova Scotian Affairs in the past — Barry Barnet and Maureen MacDonald. 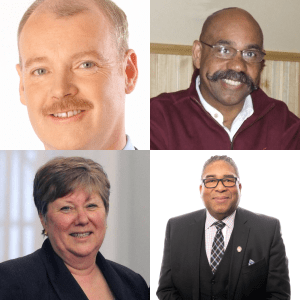 When the office was first launched in 2003, PC premier John Hamm appointed Barnet as the inaugural minister. At the time, there were no Black MLAs serving in the legislature.

In 2006, the NDP’s Percy Paris was elected and sat as the sole Black MLA. Paris was just the third Black MLA to be elected, having been preceded by Liberal MLA Wayne Adams and NDP MLA Yvonne Atwell.*

Paris served as minister until 2013 when he was replaced by a white NDP MLA Maureen MacDonald following an altercation between Paris and Preston MLA Keith Colwell.

MacDonald served for only a few months before the Liberals won a majority government in 2013. Liberals Stephen Gough and Tony Ince were now the only two Black MLAs in the legislature. Ince was sworn in as minister of African Nova Scotian Affairs and has served in the role ever since.

What are the options?

Though provincial cabinet minters are usually appointed from the governing party’s elected caucus, technically speaking, it’s not a rule.

“Membership in the Executive Council is by appointment, and as such, a member does not necessarily have to be an elected Member of the House of Assembly.”

And so technically speaking, if he wanted to, Houston could appoint a Black minister of African Nova Scotian Affairs.

As former NDP cabinet minister, Graham Steele once pointed out:

“The premier doesn’t even have to be an MLA.  The last time we had a non-MLA premier in Nova Scotia was Russell MacLellan, for a few months in 1997.”

If he wanted, Houston could appoint one of the newly elected Black MLAs — Ali Duale, Suzy Hansen, or Angela Simmonds.

If he wanted, he could choose to keep Ince, who has served two terms as the minister and will now be serving his third term in the legislature. 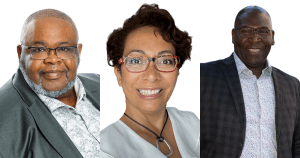 He could choose to appoint one of the three Black PC candidates who ran in this election — Archy Beals, Lisa Coates, or Darrell Johnson.

The Examiner attempted to contact premier-designate Houston for input on this story. We did not hear back.

The Examiner also attempted to contact the four Black MLAs now elected to the legislature. Aside from Ali Duale, who was unable to provide input due to a scheduling conflict, we were only able to reach Angela Simmonds.

We asked Simmonds if she thinks Houston should appoint someone Black and/or one of the newly elected Black MLAs. Simmond said:

If they’re particularly thinking about how they move forward with building a relationship and being collaborative, then, you know, maybe they’re already thinking about that themselves. And if they are, I give them full credit for that. If they’re not, I look forward to asking some questions as opposition.

What I would say is that I wouldn’t want anyone to be pigeonholed into, by virtue of just of their race or gender, to be minister of a department just by those qualifications alone.

You know, if they’re not even having that conversation amongst themselves as leaders and as a group that it’s not possible within their own House of Assembly, I think that still speaks to a broader question. If they are considering it, I’d be hopeful that maybe they’re aware that there’re some gaps they need to identify.

The Examiner asked Simmonds if she would accept the appointment if it was offered to her.

I probably don’t have the best answer for you right now because … as a lawyer, of course, I have to know all of the information.

But I would want to know more about what that would entail. 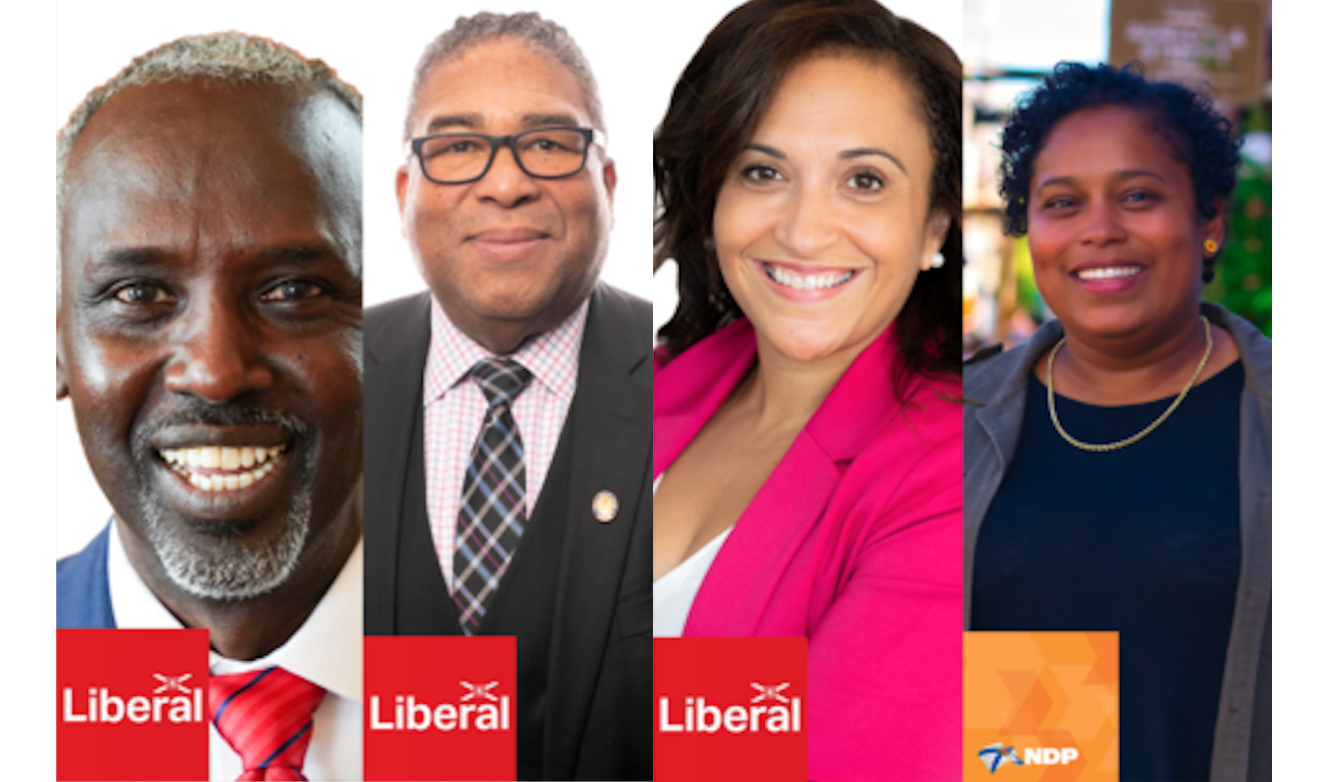 This past election was one of many historic firsts. The three main political parties were said to have run their most diverse slate of candidates in history. Of the candidates, a record total of 11 were Black.

The Examiner was first to highlight that for the first time in Atlantic Canada, one riding — Preston — was guaranteed to elect a Black MLA. The three main parties all chose to run a Black candidate in the Preston riding.

It was also highly touted that, coincidentally, Preston had returned to a “protected riding” status this election, in an effort to increase the overall percentage of Black voters in the riding.

All of these aspects were highlighted and pointed to as measures meant to increase and promote Black representation and diversity in provincial politics.

Houston’s dilemma comes in the wake of a global Black Lives Matter movement that made waves just last year throughout the province in places like Halifax, Truro, Wolfville, Windsor, Amherst, Kentville, two in New Glasgow, Digby, Cape Breton, Yarmouth, and other places throughout the Maritimes.

It comes in the wake of criticism, just last year, for the previous government’s announcement of a hand-picked racial justice “design team”, to which there have been no updates since.

Houston’s dilemma also comes in the immediate wake of activists and leaders in the Black community and a newly elected Black MLA (Angela Simmonds) and a Black Halifax police officer saying that racial profiling by police in the province still takes place — this, despite a police apology, and a provincial policy change following the release of an independent report.

It will be interesting to note what, if any, sort of counsel he seeks from Black community members such as these with respect to the appointment, and what specific details of those conversations will be made public.

In response to the question of who Houston should appoint, on the Black Nova Scotia News Facebook page, former two-time provincial PC candidate, Irvine Carvery, who is Black, said:

There is precedent to appoint a minister from outside the elected officials … But he is definitely not going outside his own party. I believe Tim Halman [PC MLA for Dartmouth East] was the official critic for the office.

[MLA Brad Johns was the official critic for the office].

Houston is certainly within his right to appoint whomever he chooses to whatever position he chooses. That said, it’s hard to fathom reasoning that would make sense in the minds of Black Nova Scotians as to why any number of talented and qualified Black Nova Scotians, including the four Black MLAs, would be passed over for a white person to oversee affairs pertaining to African Nova Scotians.

Asked if she empathizes with Houston in his dilemma, Angela Simmonds said:

I don’t empathize with political decisions when you have planned to be in this position for several years. This wasn’t the first time he ran. And so I think if we’re looking at our province and how we need to move forward, it should have already been considered. 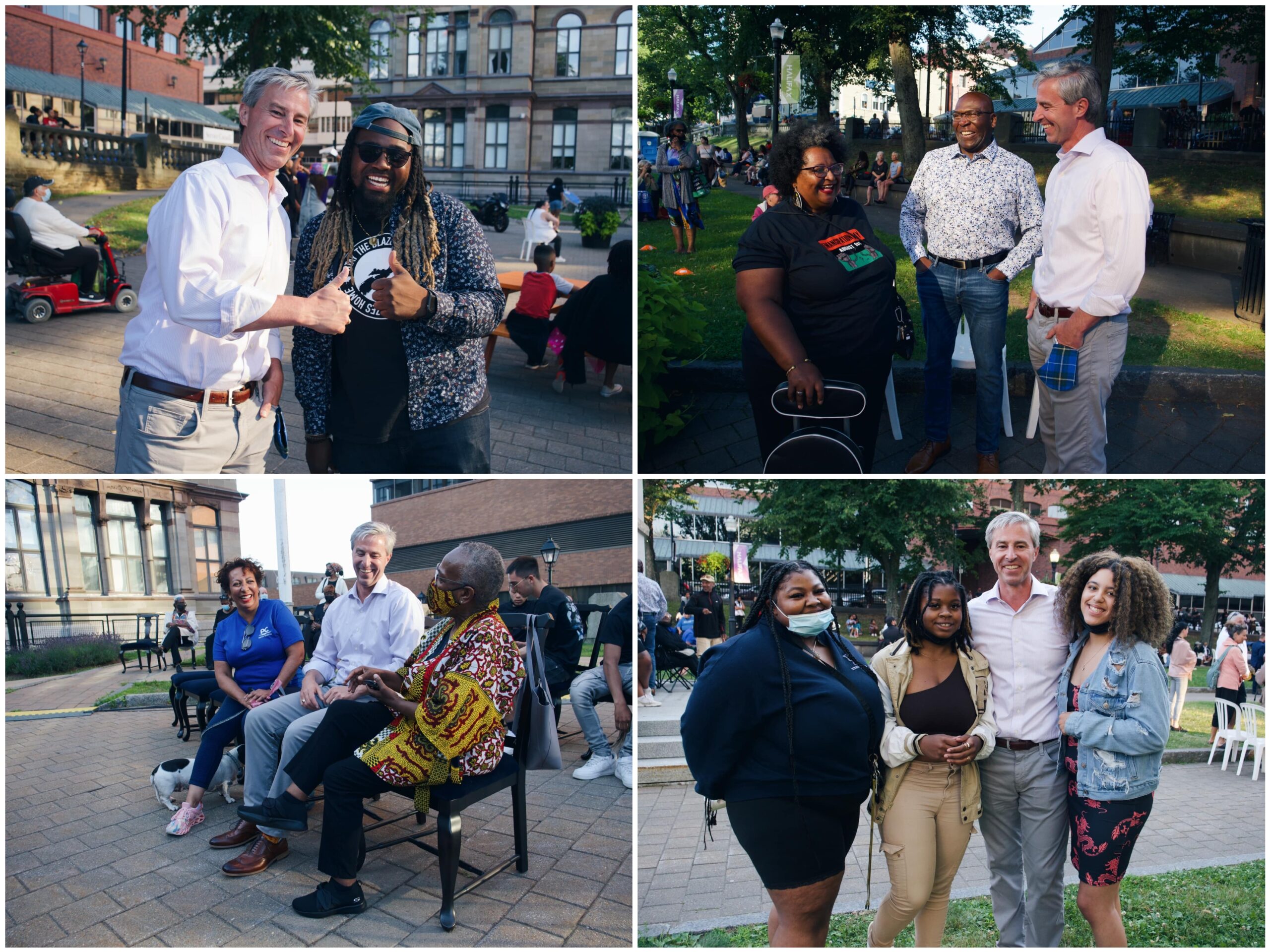 *We incorrectly identified Yvonne Atwell as a Liberal MLA. That error has been corrected.