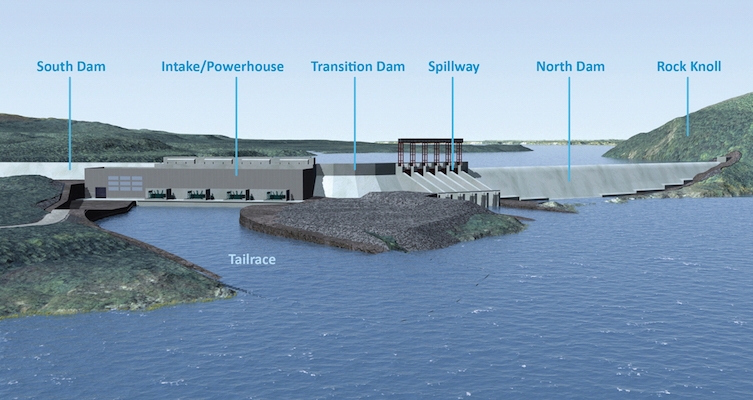 For better or worse, the former NDP government bet Nova Scotia’s renewable energy future on the Muskrat Falls project in Labrador. By connecting into the hydro project via an undersea “Maritime Link” cable, Muskrat Falls would provide Nova Scotia with 40 per cent of its electrical needs by 2020.

Muskrat Falls was always on shaky financial ground — it only worked out if oil prices and electrical demand remained very high. But oil prices have crashed, putting the province of Newfoundland and Labrador in financial free fall; government expenditures have been slashed, and the temptation is to abort the Muskrat Falls project, already a billion and a half dollars over budget. The NL government may use the soft electricity market as an excuse to cancel the project — 40 per cent of the power from Muskrat Falls was to be sold to mining developments in Labrador, but the commodities crash has reduced mining activity. A decision about the future of the project will be made in coming weeks.

Where does this leave Nova Scotia? No one quite knows. But, reports Paul Withers for the CBC:

The Nova Scotia government and Nova Scotia Power are being urged to start planning for the cancellation of the Muskrat Falls hydro electricity project, which could jeopardize the province’s ability to meet green energy standards.

It comes from consultants for the province’s largest electricity customers, known as the Industrial Group.

“NS Power has plenty of capacity, so it could easily meet customers’ load,” said Drazen Consulting in a report prepared for the Nova Scotia Utility and Review Board.

“The problem would be that it may not meet the Renewable Energy Standard,” Drazen said. 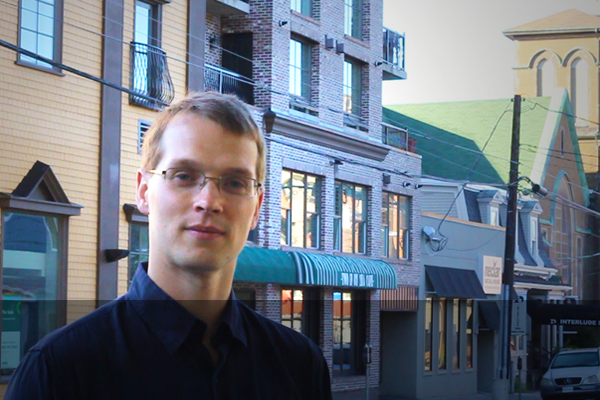 This week, we welcome Jane’s Walk organizer and candidate for city council, Sam Austin. He talks the walk and discusses development, since that’s all anybody’s talking about as of late.

Also, development! Lucky north end Haligonians are thrilled with the promise of a shiny new parking lot where their homes once stood. This is thanks to the benevolence of the Steele Auto Group, a company synonymous with progressive values. 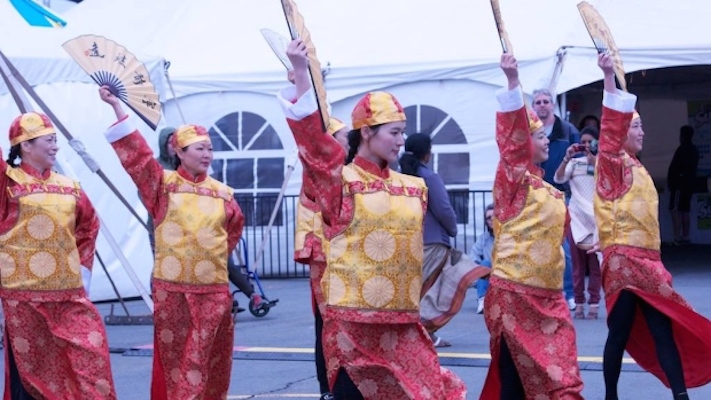 “Halifax’s multicultural festival has been a sign of summer’s start for the past 32 years, but CBC News has learned this year’s event is not going ahead due to financial issues,” reports Rachel Ward for the CBC. “The Multicultural Association of Nova Scotia, founded in 1975, has been ordered by court to pay more than $26,500 in outstanding debts dating back to the 2014 festival.” 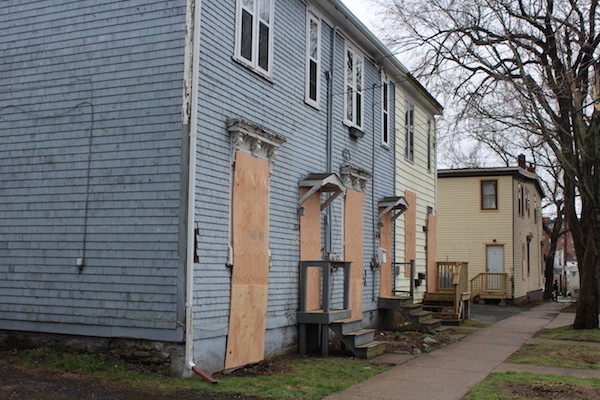 Most of the houses for which demolition permits have been issued on the blocks surrounding Colonial Honda were boarded up Friday morning, evidently in preparation of being razed. I walked around the neighbourhood Friday afternoon and took photos.

When I look at the houses on McCully and May Streets and Fern Lane, I’m reminded of Belle Aire and Fuller Terraces, just to the east, on the other side of Agricola Street. That tiny neighbourhood with its narrow streets and small houses was years ago also in some degree of disrepair, but has since seen a resurgence as new residents have bought older houses and renovated them. That’s the usual evolution of urban neighbourhoods: they go through better and worse stages, then back to better.

When neighbourhoods are a bit neglected or aged, however, they provide an important role as affordable housing. There were probably about 100 people living in low-rent housing in the Fern Lane area before Steele Auto Group bought up the properties and evicted the tenants. I doubt many of the occupants could find similarly priced housing on the peninsula. 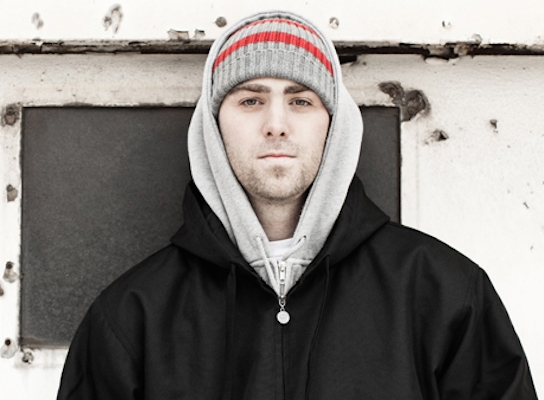 “White fears for safety around Blacks are not only taken seriously, but are projected onto Black people as though we, and not unhinged white people, were the problem,” writes El Jones:

Jones is tackling the important, decades-long history of racism in Halifax bars, but in the process recalls this ironic moment:

Michael McGuire remembers Classified being “turned away” from the Attic for “dressing too black,” a memory corroborated by DJ IV.

That’s right: Classified, a white man who has a successful career in hip hop, a musical genre invented by Black people, was kicked out of a club for being “too black.”

“I did the old “Why is [state] so [blank]” Google autocomplete thing, but for Canadian provinces and territories,” explains a US-based Redditor, who came up with these results: 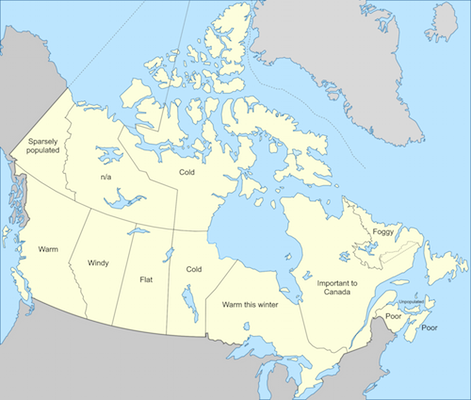 Results are slightly different using Google in Nova Scotia. This morning, I got “Why is Saskatchewan so cold” and “Why is Quebec so poor.”

Districts 7 & 8 Planning Advisory Committee (7pm, Olympic Community Centre) — this is a public meeting to discuss the fate of the former St. Pat’s High School site. What should concern us is that the city is proposing “an innovative approach” to the property:

Because the property has been categorized as Economic Development, the municipality has a unique opportunity to advance development through a change in zone. To that end, land use by-law regulations and planning policies are being created for the site that will ensure a mixed-use development with a focus on urban design and built form excellence, which will complement and enrich the Quinpool Road business district and neighbourhoods, as informed by the public. 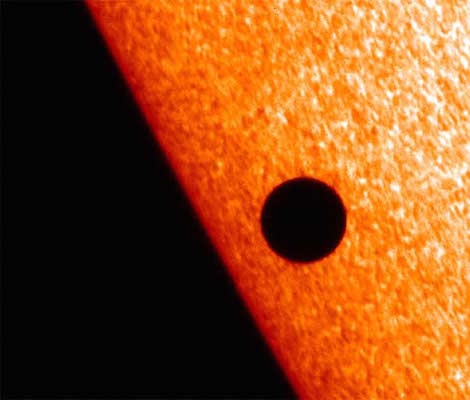 This image of Mercury passing in front of the sun was captured Nov. 8 by the Solar Optical Telescope. Photo: Hinode JAXA/NASA/PPARC

Mercury (8:15am–3:45pm, outside the Dunn Building: East side until 12:30, West afterwards) — the planet Mercury is making a transit of the sun today, meaning that from our perspective here on Earth, Mercury is moving across the sun. This happens only 13 or 14 times a century, so among astronomy geeks, this is a very big deal. The Astronomy Department is setting up three or four telescopes with solar filters so you don’t burn your eyeballs out, and is inviting the public to have a look-see. Folks who know about planets and stars and telescopes and such will be on hand to tell you what you’re looking at. 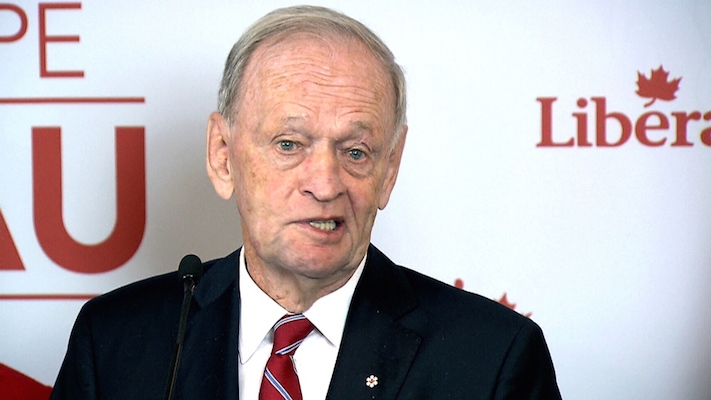 Whitewashing Liberal corruption money (10am, Ondaatje Hall, Marion McCain Building) — for decades, both the Liberal and Progressive Conservative Parties were as corrupt as the ruling junta in any Banana Republic. The Liberals, however, had the bad luck of being caught at it; as Stephen Kimber explained:

During the first half of the last century, the Nova Scotia Liberal party perfected a lucrative if illegal fundraising scheme known as toll-gating. Companies wanting to do business with the government — from having their particular brand of booze stocked on liquor store shelves, to offering legal advice to crown corporations, to supplying the hamburger for the hash in local hospital cafeterias — knew they had to fork over a portion of the value of whatever they sold to their friendly Liberal fundraiser.

According to evidence presented at the 1981 influence-peddling trial of three prominent Liberal fundraisers, that party raised at least $4 million — and probably much more — from these illicit tolls alone during Gerald Regan’s eight years as premier (1970-78).

It’s anyone’s guess how much money was illegally collected, or what happened with it. Eventually, in the 1990s, the Liberals gave the provincial treasury $1.3 million as an acknowledgement that the money was crookedly obtained, but another $2.3 million was held “in trust” by the party until 2012, when finally it was transferred to something called the For the Public Good Trust, which in turn established the MacEachen Institute, named after Cape Bretoner Allan MacEachen, a Liberal MP who became Deputy Prime Minister in the Pierre Trudeau government. (I guess they felt they couldn’t name it the Liquor Store Kickback Institute.)

The MacEachen Institute is not registered with the Nova Scotia Registry of Joint Stock Companies nor with Canada Revenue Agency’s Charities’ Listing. That’s not especially unusual — if you want to work on cars or become a barber or start a nonprofit to help starving children, sure, you better damn well list your company or non-profit with the Registry of Joint Stock Companies and with the CRA; if not, the full force of the regulatory bureaucracy will come knocking at your door demanding immediate compliance, late fees, and interest. But I’ve long noticed that many of the corporations given payroll rebates by Nova Scotia Business Inc haven’t ponied up the 100 bucks or so to register as a provincial corporation — which is supposedly a requirement for doing business in Nova Scotia. For example, a check last night showed that neither IGATE, Millennium1, nor BeyondTrust, all of which have received NSBI financial assistance, are registered with the province.

I can tell you basic facts about tiny nonprofits who appropriately and legally file all their disclosure forms with the various governments. For example, and this isn’t at all to fault them (quite the contrary), the Dress For Success Halifax Society has $72,389 in assets and $4,526 in liabilities, has one employee who makes between $40,000 and $80,000 a year, and has a board of directors that includes Danielle Comeau, Kathryn Patterson, Sian Wren, Julie Morine, Ashley McKillop, Pernille Fischer Boulter, Jennifer Best-White, Glennie Langille (hi, Glennie!), and Brenda Saunders/Todd. By all appearances, Dress for Success is a responsible organization.

The MacEachen Institute? Who the hell knows. Because it’s not registered in the provincial or federal registries, I can’t tell you what its charitable status is, or anything about its finances. It is beyond public scrutiny. From a Dalhousie press release, I learn that its directors are David Cameron (a past president of the Nova Scotia Liberal Party), David Thompson of Dartmouth (who I think is the David Thompson who is a Liberal organizer), and Carole Gillies of Antigonish (the co-chair of the longtime MacEachen lecture series at St. FX) — in other words, people who are part of the Liberal establishment.

But Justin Trudeau is prime minister and so it’s impolite to mention that millions of dollars gained through corrupt practices and held not-very-transparently in trust are now being whitewashed through the establishment of something called the MacEachen Institute for Public Policy and Governance at Dalhousie, funded with a $2.25 million grant from the MacEachen Institute.

And today, Jean Chretien and Bob Rae will be on hand for the grand opening of the Institute — and a Liberal scandal will be celebrated as a Liberal success story. Afterwards, a panel will lecture us about “the future of public policy.” My guess is that we’ll be told that public policy will be less corrupt in the future than it was in the past.

Senate (4pm, Theatre A, Sir Charles Tupper Building) — probably someone will link to the agenda in the comments because once again I can’t find it. Why is it impossible to simply post the agenda (or a link to it) on the event page? 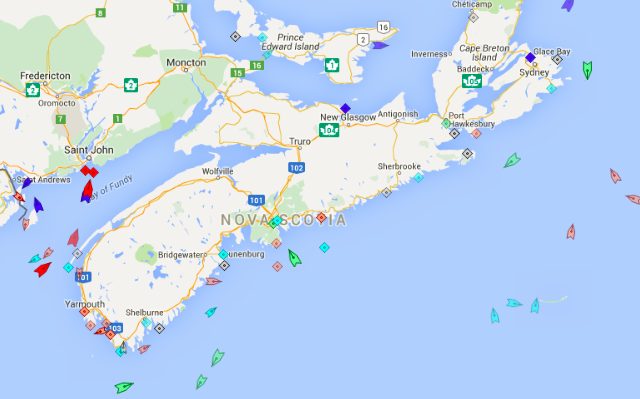 I’m behind on everything.