You are here: Home / Featured / Which crazy religion is Halifax Mayor Mike Savage promoting this week?

1. The offshore will make everyone rich

“Many international companies believe we have resources off our coast that we have not tapped into,” says Premier Stephen McNeil, “and we want the ability to do so.” Forget the reality. And damn the consequences. 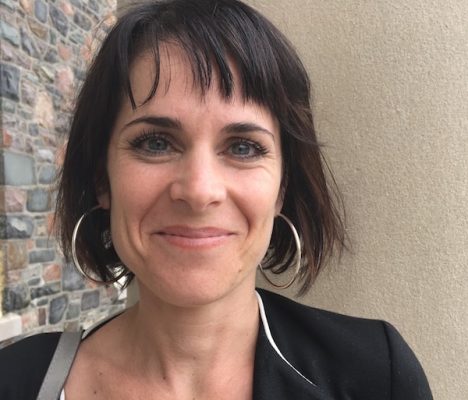 In this week Examineradio podcast, I spoke with Emma Halpern, the executive director of of the Elizabeth Fry Society of  Mainland Nova Scotia.

Also, on Saturday, El Jones reviewed the Senate Committee on Human Rights’ statement about the human rights of prisoners in the Atlantic region. Jones testified at the Senate Committee hearings, and as part of her testimony, shared accounts from African Nova Scotian prisoners who over the years have told her about their experiences with racism in the justice system and in prison. She recounted an interview with one of those prisoners.

One point that was raised by the prisoner Jones interviewed involved prisoners’ religious services and connections with members of their communities:

But like even the chapel services for example, you have Roman Catholic services you have all these different services. None of them are geared towards the Black community. The only time you see Black guys in the chapel, is when the Imam comes in. That’s half of the guys down there. I go. I’m not a Muslim but I go because it’s really the only time that any of us are ever called to the chapel. Other than that it’s like Anglicans, Protestant or whoever, I don’t even know.

El: And you’ve struggled with community access, with being able to get community members into the prison?

The prison or the warden or whoever at corrections/CSC is not offering programs for African Canadians or whatever you want to call it, inmates. But there’s not really many people from the community jumping up and down to offer them either. And like, the Aboriginal inmates for example, they have elders, they have fulltime elders, they have an actual pathways unit that’s just for Aboriginal inmates, they go in front of different Parole Boards they have an ALO like an Aboriginal Liaison Officer that’s there just to specifically be a go between, between the inmates and the warden or whoever. They have all these people that are working for the benefit of Aboriginals but, I mean what have they been through that we haven’t? Or vice versa. So I don’t understand why there’s all this confusion as to what to do for the Black inmates.

This morning, the Correctional Service of Canada (CSC) issued a tender offer for elder services at prisons in Nova Scotia and New Brunswick:

The term “Elder” means any person recognized by the Aboriginal community as having knowledge and understanding of the traditional culture of the community, including the ceremonies, protocols, teachings and healing techniques, according to the beliefs and social traditions of their communities.

I didn’t get the sense that the prisoner Jones interviewed resented the services offered to Indigenous prisoners, but was rather underscoring that the Black inmates were left with no support from their communities, whether it be religious or otherwise.

The distinctive culture of Black prisoners — their communities’ churches, clothing (Jones explores the prisons’ wave cap ban), and literature — are ignored and Black prisoners are shoe-horned into white cultural norms, “like Anglicans, Protestant or whoever, I don’t even know,” in the prisoner’s words.

“One of the Trudeau government’s signature acts of Indigenous reconciliation is being challenged in court, exposing the fierce competition between First Nations for a shellfish quota worth millions — and the jockeying by one of Canada’s leading seafood companies to keep control of the fishery,” reports Paul Withers for the CBC:

Hundreds of pages of records filed in Federal Court offer new insight into the controversial decision in February to award 25 per cent of Canada’s Arctic surf clam quota to Five Nations Clam Company, led by Elsipogtog First Nation of New Brunswick and its industry partner Premium Seafoods of Arichat, N.S.

The court records filed last month by the Department of Fisheries and Oceans reveal that winning applicant Five Nations is only 25 per cent Indigenous owned, with the remainder in the hands of Premium Seafoods.

The documents also disclose confidential dealings between Clearwater and DFO as the company, in sometimes remarkably blunt language, manoeuvred behind the scenes in a failed effort to protect its investment in a fleet and processing, which it estimates at $225 million.

Billionaire Clearwater co-founder John Risley secretly offered in May 2017 to give up two of the company’s four clam licences on the condition DFO ensure that whoever took them over would have to use Clearwater to harvest, process and market the product.

In the same letter to the fisheries minister, Risley also expressed his hopes and frustrations about the East Coast fishery in general.

“We had an all too brief discussion on the future for the East Coast fishery and how we and others In the Industry might contemplate what that future might look like and to then structure a plan designed to move this Industry, myopic and backward as it is, Into the innovative, skilled job-creating machine It can become,” Risley wrote.

Ten months later, the licence was awarded to Five Nations. 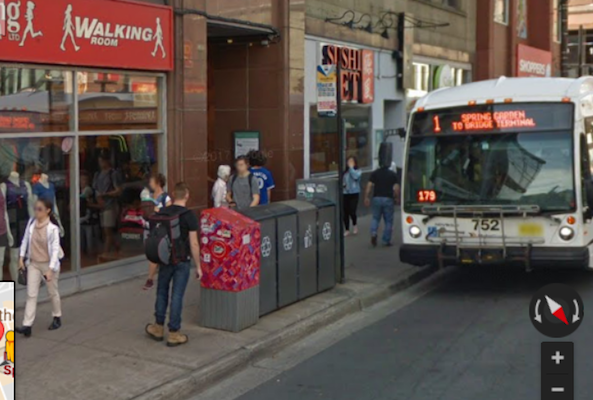 The Google Street View of the south side of Spring Garden road, which isn’t getting the stoplet.

The city this morning issued a tender offer for a “Stoplet” pilot project on Spring Garden Road:

The project involves construction of a wooden “Stoplet” along the north side of Spring Garden Road from Birmingham Street to Dresden Row. The block has an existing bus stop, and so this Stoplet will serve as an area where pedestrians can congregate as they wait for the bus or get off the bus, thus relieving pedestrian congestion along the sidewalk. It will consist of eighteen (18) – 2400×2400 mm wooden platforms sitting on the existing asphalt road surface, creating a platform. Accessories will include wooden planter and seating components fastened to the surface of the platform, a wooden information column fastened to the surface of the platform, a telespar sign post fastened to one of the planter components, a bike rack provided by the Halifax Cycling Coalition sitting on the asphalt on the Dresden Row end, and a planter/concrete barrier component sitting on the asphalt on the Birmingham Street end.

That is a particularly crowded stretch of sidewalk, but in my experience the sidewalk on the south side of street is even worse — that’s where people waiting for the bus congregate at the Sport Nova Scotia alcove and the sidewalk is narrowed by Canadian Post boxes and recycling and garbage bins.

The fact of the matter is that the sidewalks on the length of Spring Garden Road are too narrow, and the street too wide. The much-delayed streetscaping plan can’t come soon enough. 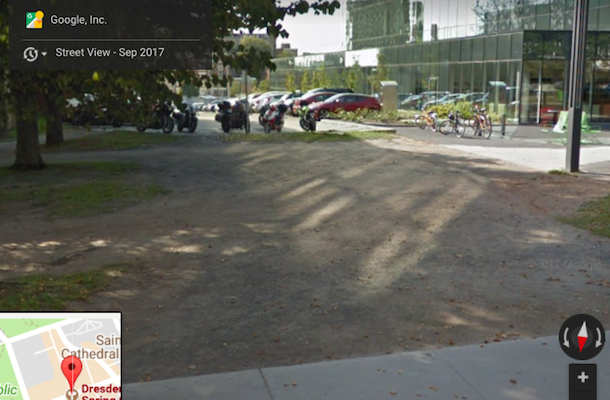 The dirt stretch in front of the Dal architecture building becomes a sea of mud every time it rains.

And while I’m at it, Dalhousie needs to do something about the muddy mire that has arisen in front of the Architecture building next to the new library. Pedestrians heading to the library have taken the short route across what used to be the Architecture building’s grass lawn, which is now worn down to dirt; for the past two years, every time it rains the lawn becomes a sea of mud. The solution is to either simply acknowledge the new foot traffic reality and build a proper sidewalk or, better yet, extend the library plaza eastwards onto the Dal property. 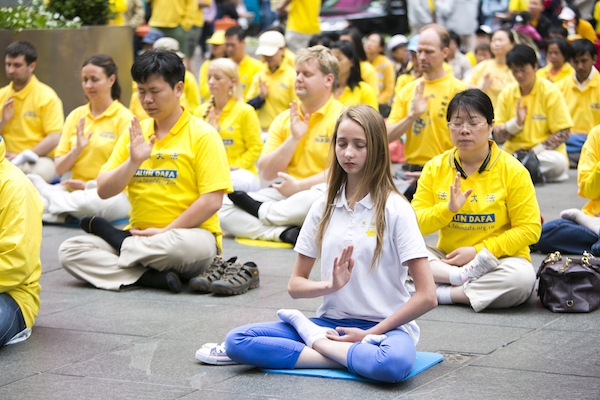 The Falun Gong are big on making strange hand gestures in public.

I don’t care any more or less about the Falun Gong than I do about Catholics or Jews or Muslims or Janes or Druze or what have you — the desire for a religious narrative of existence perplexes me, but it evidently runs deep among a lot of my fellow humans. I want to take a live-and-let-live approach to the religious, but I keep a wary eye on them lest they start wanting to regulate my uterus or tell me I can’t drink a beer at the tavern on Good Friday.

Still, should the city really be in the business of promoting particular religions?  Which religions can get promoted? The Church of Euthanasia? Scientology? The Branch Davidians? Is there a vetting process at City Hall, a Manager of Religion Promotion? This seems fraught with peril. The local Satanists should demand their own city proclamation of Walpurgisnacht and then sue the pants off Savage when he doesn’t agree to it.

What really surprises me, however, is that Savage and the city would be willing to risk pissing off the Chinese government, which has a hate on for the Falun Gong.

It’d be courageous of Savage if he was actually making a human rights statement vis-à-vis his promotion of Falun Dafa Day, but I kinda doubt it. I mean, the proper way to make a human rights statement about this would be to pass a resolution that says “Hey China! Stop fucking with the Falun Gong!”; a proclamation celebrating “the universal principles of Truthfulness, Compassion and Forbearance, and [which] consists of five gentle exercises, including mediation” just seems weak as a political statement, no? 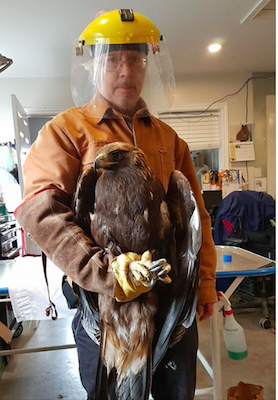 The Cobequid Wildlife Rehabilitation Centre posted on its Facebook page:

Just a BIT of excitement today at CWRC. A golden eagle! He was rescued from the ocean off Cape Sable Island by lobster fishers who saved his life. He’s in surprisingly good shape, doesn’t appear broken and does not have lead. We think he’s just exhausted but we’ll be xraying him and running more tests in the next couple of days.

HHPAC Meeting – Case 21115 (Monday, 6:30pm, Upper Hall, St. Andrews United Church, Halifax) — Facade Investments Limited, which is owned by Mark and Marwan Nahas, has hired WSP to front Facade’s proposal for an 67-unit, eight-storey apartment building at 6290 and 6298 Quinpool Road. That’s now the site of a row of nondescript storefronts wedged between the West End United Baptist Church and the KFC. The proposal calls for the development to stretch back to 6325 and 6331 Pepperell Street, where it will consist of six “stacked townhouses.”

City Council (Tuesday, 10am, City Hall) — there’s not a lot on the agenda. 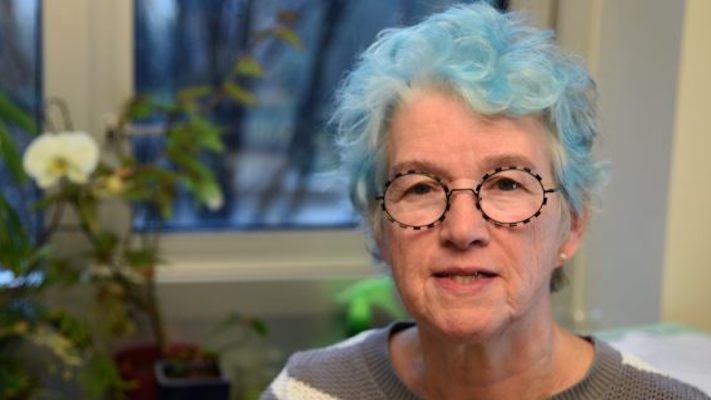 Do Bacteria Have Sex? (Tuesday, 11am, Room 3H-1, Tupper Medical Building) — Rosie Redfield from the University of British Columbia will speak.

An Ocean of Opportunity (Tuesday, 4:30pm, in the auditorium named for a bank, Marion McCain Building) — Prince Albert II of Monaco is going to lecture on “sustainable development, especially as it relates to ocean management,” because who knows more about sustainability than someone who inherited both his title and his billion-dollar wealth? Of course Dal prez Richard Florizone and Wendy Watson-Wright, the CEO of the Ocean Frontier Institute, will be there because those types always like to rub elbows with people who inherit titles and wealth.

I’ll get up and do it again, Amen.