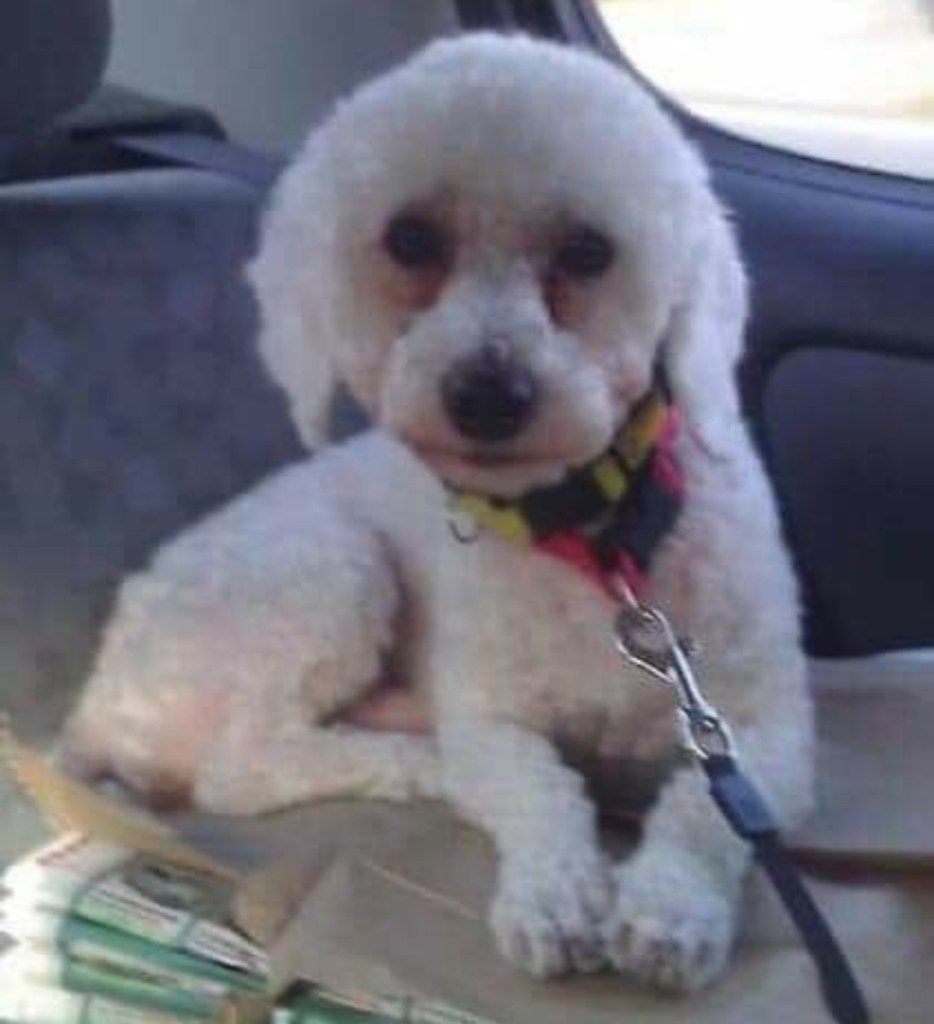 Months after a Halifax-area realtor had her knuckles rapped for stealing a poodle, Snoopy the dog still hasn’t been returned to his rightful owner.

In January, the Nova Scotia Real Estate Commission suspended and fined Sarah Sullivan for violations of the Real Estate Trading Act and the Commission By-law. As the commission’s statement at the time said:

The violations resulted from an investigation of a complaint from a member of the public. The complainant, who owned a dog, was a tenant of a property that was listed for sale. Ms. Sullivan viewed the property with a potential buyer. 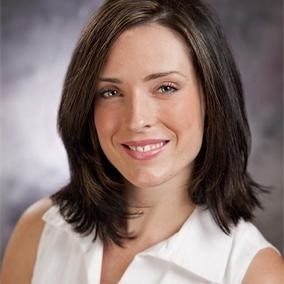 At a later date, Ms. Sullivan approached the complainant, and asked if they were interested in selling the dog, which they advised they were not. Ms. Sullivan offered to take the dog while they moved out of the property. Ms. Sullivan took the dog and failed to return it. In response to efforts by the complainant to have the dog returned, Ms. Sullivan inappropriately used or threated [sic] to use information she acquired only as a result of her access to the property as a real estate licensee. When the matter was investigated, she provided false/misleading information to the investigator on several occasions. Ms. Sullivan had previously been disciplined in 2014 for providing false information to the Commission during the course of an investigation.

This conduct is dishonourable, unprofessional, harmful to the best interests of the public and to the reputation of the industry at large. The public must have confidence that when they provide access to their property to members of the profession, that their privacy will be respected and information shall be gathered, used and shared, only for reasons related to the trading in real estate. Further, it is a violation to provide false/misleading information to the Commission.

Mike Smaggus was the long-term tenant at the home on Hawthorne Street in Dartmouth, having lived there for more than 10 years with Snoopy, his white poodle.

Concerned that the dog still hasn’t been returned, Smaggus’ brother Rob recently contacted the Halifax Examiner sharing documents detailing the story over the last year and how the family has tracked down the dog. 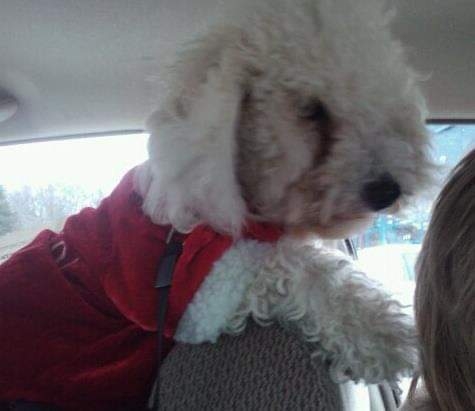 When the property went up for sale last March, Sullivan showed it to a client. According to her statement to the real estate commission, Sullivan said conditions in the home were “deplorable” and she wanted to get the dog out of there.

Rob Smaggus said his brother has been deemed a hoarder — “not TV-level, but I wouldn’t want to send the Molly Maid in there” — but the dog was not in distress in the home.

After driving by a few times when Smaggus wasn’t home, Sullivan eventually knocked on the door and spoke with Smaggus. She offered to buy the dog. He said it wasn’t for sale, but that he was having trouble finding a new place to live that allowed dogs.

In May, Sullivan offered to take care of Snoopy until Smaggus found a new, dog-friendly rental. Another realtor, whose name is redacted from documents, gave Sullivan $200 to offer to Smaggus. (Rob Smaggus said the other realtor is Nora Landry. She didn’t return a request for comment.) He took the $200, and Sullivan took the dog.

Texts between Sullivan and Smaggus show that was originally meant to be a temporary situation. Smaggus repeatedly told Sullivan he was ready to pick Snoopy up, and she evaded him.

“Snoopy is very happy and all settled in… I think it’s best that he stays with us,” Sullivan texted on June 3.

Smaggus sent several messages asking to meet up to retrieve Snoopy, threatening to escalate the situation by calling the real estate commission and then police. Sullivan ignored the messages until the next day, when Smaggus said the police told him that Sullivan said the dog ran away.

“Mike I am so sorry I have been avoiding this conversation. Please keep the $ as a token of my apologies. I wasn’t avoiding you I just was so embarrassed,” Sullivan wrote.

It’s unclear whether Sullivan had the dog at all during this period. The real estate commission concluded she misled Smaggus and didn’t have Snoopy.

Sullivan lied to a police officer about the dog running away.

The police report, dated June 4 and written by Const. Brent Turple, said Sullivan told him the dog ran away and she still hadn’t found it.

“Ultimately Sarah informed me that while the dog was staying with her it got loose in the night as she was letting it out to pee,” Turple wrote.

“Once it got loose she lost the dog and she has been unable to locate it since.”

The report said Mike Smaggus eventually said he “didn’t want to have the police involved any further,” and he’d contact Sullivan himself.

“He assured me he would be civil about the situation,” Turple wrote.

In the texts, Smaggus said he wasn’t settling for $200, and the messages show he and Sullivan tried to find a time to talk on the phone or meet for coffee.

On June 7, Smaggus asked when Sullivan would return Snoopy.

“I have passed the info on to the lady involved and she will be reaching out today,” Sullivan replied.

Smaggus later posted about Sullivan on Facebook, which led Sullivan to threaten to release photos of the home. She also threatened to release Rob Smaggus’ contact information.

Reached by phone this week, Sullivan said she was “shocked” the Examiner was working on a story about Snoopy, but said she had no comment.

Snoopy found but not recovered

After the real estate commission’s action against Sullivan became public early this year, Mike and Rob Smaggus received a tip that a woman in Bedford named Susan Hastey had Snoopy. It turned out to be true.

The Smaggus brothers met with Hastey and her lawyer, Blair MacKinnon, at his office in Dartmouth in March. They refused to give Snoopy back. During the meeting, Rob said the dog never left Mike’s side.

The Examiner reached Hastey by phone and asked to talk about Snoopy. Hastey said, “I’ll stop you right there because we met with the previous owner and his brother in my lawyer’s office, and everything has to go through him and they are aware of that.” Then she hung up.

MacKinnon refused to comment because he said Smaggus had filed a complaint to the Nova Scotia Barristers’ Society about him.

“I wish I could talk to you but while it’s before the bar society I really can’t,” he said.

“He’s reported everyone under the sun to whatever organization they’re in, whether it’s the bar society or the Real Estate Board,” MacKinnon said.

Knowing where the dog was, Smaggus went back to the police. He figured they would just go get the dog.

“Just wanted to check to see what the status is for the return of my dog. Susan Hastey is in possession of him. Are you able to go retrieve him or do I have to actually go get him myself,” Smaggus wrote in an email to Const. Jim Smith in March.

“The dog was illegally obtained and this has dragged on since last May. Please advise me as to what the next steps are on this matter so this can be resolved.”

Smith replied, “Do you have any contact information for Susan? Phone number, address, etc?”

Smaggus provided Smith the phone number and address. To the Smaggus brothers’ knowledge, the constable never called her.

Asked why the police haven’t contacted Hastey, spokesperson Const. John MacLeod would only confirm that police were originally called in June 2020.

“The incident was in relation to a dispute over the ownership of a dog.  I am unable to provide specific details as the file remains open at this time,” MacLeod told the Examiner in an email.

In an interview this week, Rob Smaggus said his brother is depressed.

“He feels he was violated, he was taken advantage of by somebody that he thought he could trust,” Smaggus said. “And the fact that nobody wants to listen to him or take this seriously.”

Early in the process, last July, the real estate commission told Smaggus “as a regulator, we do not have the ability to force Ms. Sullivan to return Snoopy to you.”

Smaggus believes if the stolen property was anything other than a pet, police and the real estate commission would be taking the matter seriously.

“Ignore the fact for a moment that this was a dog, it’s theft of personal property under $5,000,” Smaggus said.

Smaggus is still reviewing legal options in the case, but he and his brother don’t want to spend thousands going to court to get Snoopy back.

“Mike can’t afford this, but to me it’s just the unpalatable and unfathomable,” Smaggus said. “No, somebody’s got to be held accountable on this.”