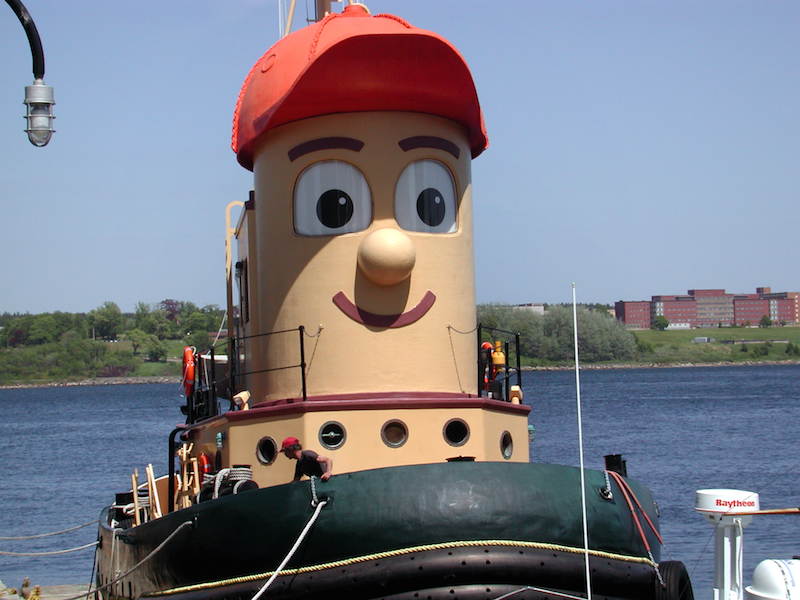 This is the face of CBC’s rebuilding effort.

By virtue of his position as president of Cape Breton University, Wheeler, who is chair of the province’s review of fracking, also chairs LearnCorp International, a university-owned company that trains Exxon employees. “A university website adds that it ‘has been meeting the demands of ExxonMobil for technical training,'” reports The Tyee. “Much of the training has directly involved Liquified Natural Gas (LNG) facilities.” The Tyee points out that more LNG facilities in Nova Scotia is one of the desires of the industry, which expects to bring more gas on line through fracking.

2. Two to go to trial for murder of Loretta Saunders

Judge Anne Derrick has ruled that Blake Leggette and Victoria Henneberry will stand trial on first-degree murder charges. There will be a pre-trial hearing on August 28, and then an as-yet-unscheduled six-week trial.

“If your grandma has an oil spill, we don’t want her name and address posted online,” department spokesperson Lori Errington told Chronicle Herald reporter Selena Ross. Can I ask: Why the hell not? An oil spill is a real threat to the environment that can affect neighbours and future home buyers, so is exactly the sort of information that should be public. This knee-jerk reaction to classify everything, secrecy for secrecy’s sake, is at the heart of Nova Scotia’s horrid record on public access.

4. Yesterday in the Halifax Examiner

We published two articles yesterday. I wrote “Department of Environment fails to provide legally required annual review,” and Chris Benjamin wrote “Stairway to heaven: Free Lab addresses Citadel Hill erosion problem.” Both articles are behind the Examiner’s pay wall, and so available only to paid subscribers. To purchase a subscription, click here.

5. Robin Wyllie’s tools are for sale

Wyllie died in March, and his family is selling his collection of antique tools.

No, they don’t hate children, honest, but some childless people have formed a group to celebrate their rug rat-free lives.

1. The Liberal honeymoon is over

Have you noticed? Everything in the province is falling apart. Gail Lethbridge has: huge deficit, the Ship of Theseus boondoggle, the Yarmouth ferry cost overruns, the Northern Pulp Mill disaster, and what’s sure to be a gigantic payroll rebate package offered to beg BCE to keep at least some Bell Aliant employees in Halifax (happy birthday!). The blame for the bad news cannot be placed entirely or even mostly on Stephen McNeil, but he wanted to manage the mess, so he gets the glory. I’ll add to Lethbridge’s list the new convention centre, which will open in January 2016, well before McNeil’s mandate expires, and certainly without meeting expectations, even on its grand opening.

2. Health care is where the money goes

Rachel Brighton says we ought figure out a way to make some money on it too, or at least reduce our costs. While she’s right, it’s an awfully vague prescription.

3. CBC doubles down on dumbing down

Bruce Wark says that by appointing Andrew Cochran, the creator of the Theodore Tugboat children’s show, to oversee CBC’s desperate attempt to remake itself, the crown corporation is committing suicide.

Bill Black doesn’t like it when people exercise their democratic right to be pissed off.

Trash day—All the people who normally get their garbage, green bins, and recyclables collected on Monday should put them out today, as Monday is a holiday.

This morning I stumbled upon this 2002 column by David Emery. (Yes, I’ve been bookmarking things for at least a dozen years, sigh.) In it, Emery tracks down the origin of an internet bon mot attributed to Hunter S. Thompson:

The music business is a cruel and shallow money trench, a long plastic hallway where thieves and pimps run free, and good men die like dogs. There’s also a negative side.

Through his research, Emery discovered that the quote is incorrect. The actual quote, which Emery found in Thompson’s Generation of Swine: Tales of Shame and Degradation in the ’80s, and which was originally published in Thompson’s San Francisco Examiner column on November 4, 1985, goes like this:

The TV business is uglier than most things. It is normally perceived as some kind of cruel and shallow money trench through the heart of the journalism industry, a long plastic hallway where thieves and pimps run free and good men die like dogs, for no good reason.

Which is more or less true. For the most part, they are dirty little animals with huge brains and no pulse.

Emery stopped the quote there, but Thompson continued:

Every once in a while, they will toss up a token human like Ed Bradley or Hughes Rudd… and there are others, no doubt, like Studs Terkel in Chicago and the twisted Rev. Gene Scott, who works like a sleepless ferret in the maniac bowels of Southern California…
But these are only the exceptions that prove the hideous rule. Mainly we are dealing with a profoundly degenerate world, a living web of foulness, greed and treachery… which is also the biggest real business around and impossible to ignore. You can’t get away from TV. It is everywhere. The hog is in the tunnel.

So Thompson wasn’t talking about the music industry; he was talking about TV news. It’s also good to read 1980s-era Thompson, when he still had a magic, and long before he became a caricature of himself.

Peter Ziobrowski took cool pictures of all the NATO ships in port. I couldn’t help but notice (from the bus) that one of those ships was belching out some ugly black smoke yesterday.

The province  is rebuilding and extending the trail network at Dalem Lake Provincial Park.

Morning File doesn’t publish on Sundays or on Bell Aliant’s birthday, but will return on Tuesday. There’s a council meeting Tuesday, so some time before then I’ll publish a council preview.