You are here: Home / Featured / When do we cut bait on the Yarmouth ferry? Morning File, Wednesday, September 13, 2017

Tim again. I’m still on vacation in an undisclosed location, and so this is another abbreviated Morning File. We have guest writers scheduled for Thursday and Friday, then back to normal programming. 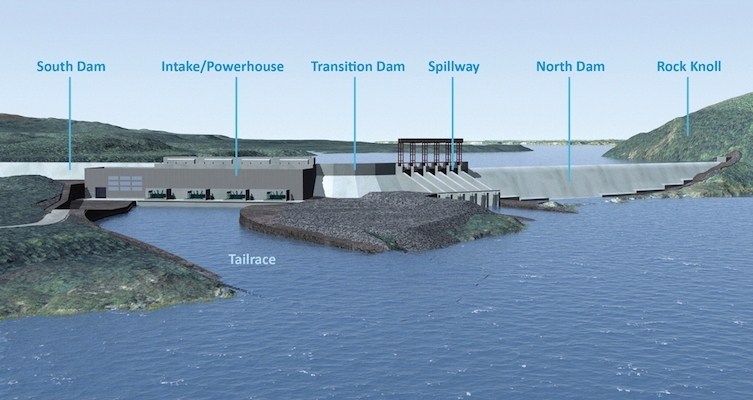 “If Nova Scotia Power wants to recover a larger portion of the $1.6 billion cost of the construction of the Maritime Link from ratepayers, it’s going to have to be patient,” reports Jennifer Henderson for the Halifax Examiner:

The Utility and Review Board has ruled that NSP cannot bill the full amount requested from ratepayers until after electricity begins to flow from Muskrat Falls through the subsea cable — estimated to happen some time after 2020. Meanwhile, the Board has made an interim decision the power company can begin charging ratepayers for two-thirds of their share to build the transmission system known as the Maritime Link.

How many people take the Yarmouth ferry? Don’t ask the Nova Scotian government — despite an ongoing provincial subsidy that could reach $100 million over 10 years to Bay Ferries to operate the ferry, the McNeil government refuses to release passenger counts because the numbers are Bay Ferries’ proprietary property and therefore releasing the numbers would be “an unreasonable invasion of privacy.”

Thankfully, governments in the United States have a real commitment to public information. So last year I called up Jessica Grondin, the director of communications for the city of Portland, and asked her to send me the passenger counts as they’re collected, and each month she happily sends me the number of passengers that embark and disembark at the Portland ferry terminal.

Here are the numbers so far:

The $100 million subsidy — $10 million per year for 10 years — is dependent on an annual passenger count of 60,000. Here’s what Paul LaFleche, the deputy minister of of Transportation and Infrastructure Renewal, told the legislature’s Public Accounts Committee on March 30, 2016, after the deal with Bay Ferries was announced:

We’ve set what we believe are realistic targets for this ferry. We knew the subsidy would be double digit initially. We knew there would be some start-up costs, and we knew that the passenger counts had to be set realistically. So again, when I appeared last September — and I know only some of the media heard me and some of the other people in the audience — we said 60,000. We didn’t say 120,000. We didn’t say 150,000.

We had people who actually bid on other numbers even though we told them they had to bid on 60,000 – and of course those bids were disqualified. We went back to them before we disqualified them and insisted to them, can you bid on 60,000? They said, we don’t believe in 60,000, we have a big number. We weren’t interested in that. At this time, we would like to achieve 60,000 in the next couple of years. If we achieve a much larger number, that’s fabulous.

There was some back-and-forth at that Public Accounts meeting; here’s an exchange between PC MLA Tim Houston, LaFleche, and Bruce Fitzner, the Chief Engineer at TIR:

LAFLECHE: First of all, I want to address the issue of cap. We pay the deficiency. The deficiency right now that we’ve — or the subsidy that we’ve outlined last week is based on 60,000 passengers. So the theoretical maximum for the first two years would be if we had no passengers. If you do that calculation, I’ll let you – you’re an accountant — do it and come back. Mr. Pickup is thinking about it right now in his head. You’ll find out that calculation roughly equals the amount we spent on Nova Star.

So if we get zero passengers — not 60,000 — we still wouldn’t have beat the Nova Star record. If you want to add that up over 10 years — I’ve got a little calculator here — you can figure out what it is. I mean, it’s a simple calculation to do that.

What we basically said is, we sort of estimate 60,000 passengers, and we’ve calculated the subsidy based on that. We feel it’s very conservative. Your colleague Alfie really liked that term last week when I kept saying it . . .

I’ve heard the deputy, I guess, say that the 60,000 is a base case. It may be a downside case, I don’t know. Is the calculation done for 10 years for any of those scenarios?

FITZNER: Basically, again, we didn’t feel it was realistic to come up with numbers. The further you go out, the more volatility there will be in the numbers. So you could post a number out there — it might be misleading to do that and have people think it’s going to be something. So as we get close to the end of the two-year agreement — and even after each year we’ll re-evaluate — those budgets will be made public again. So it won’t be that the public won’t know.

HOUSTON: I don’t understand in that environment how you can sign a 10-year contract when you’re saying today that it wouldn’t even make sense to try to estimate what it might cost.

I have seconds left, but maybe we can get a quick yes-or-no answer. Was there any number where somebody in the department said, this will be too expensive or was this happening anyway?

I would argue that this should be the test for all public economic development projects in Nova Scotia: What price is too much?

OK, you want a convention centre — what would be too much to pay for it? $350 million? $600 million? $2 billion? Surely, there must be some point where you can admit the project doesn’t work financially.

Of course, publicly establishing a “cut bait” price almost guarantees that costs will zoom to just below that price, and no politician in their right mind would establish a failure point starting out. But surely those not directly connected to the project and with no political considerations should be able to establish a “cut bait” point in their “pro-project” arguments, no? Without that, I don’t see how we can take such advocacy seriously — they’re basically saying they don’t care how much the project will cost the public, because they care only about the private benefit coming their way. (I’m looking at you, event management companies.)

Anyway, back to the ferry… Yesterday, Bay Ferries CAO Mark MacDonald told Tina Comeau of the Yarmouth Vanguard that:

We have sold in excess of 40,000 seats (for travel up to year end) so far. We felt that we were on track for something in the range of 60,000 or higher based on trends, before the engine issue arose.

The engine problems on the boat first became a problem in late June, and the schedule was reduced from six round trips a week to five, with an additional hour transit time per crossing. There was still an 10 per cent increase in passenger numbers through July, however, as compared to the previous July, albeit nowhere near the increase that would be required to meet the 60,000 figure.

In August, sailing was disrupted again as another engine experienced problems.

So, do we give the Liberals a bye on the ferry because the boat broke down?

Here’s Houston and Fitzner back in March 2016:

FITZNER: …We basically said if you feel that’s the best boat for the run, then you go ahead and pursue that.

FITZNER: Well certainly, I mean the clock is ticking from the end of last season to this season and everybody is anxious to get the boat announced. Just because there was no announcement made didn’t mean that we weren’t aware of negotiations that were ongoing at the time and took some time to complete.

HOUSTON: Was there any line in the sand that the department put down that said if there’s no boat by this date there’s no service this year?

The Liberals own the decision to contract for the Alakai. The engine problems are not just some random act of a vengeful god, but rather a failure of policy.

Likewise, that passenger numbers haven’t reached the magic 60,000 figure is the Liberals’ failure. They own it.

Sure, we can “give it time.” We can give Bay Ferries a bye, a do-over. What the hell.

But again: What price is too much? When do we cut bait? I can’t really take ferry backers seriously until they give me a figure where they’ll pull the plug on the ferry.

(* I originally under-counted the 2016 figures, which made the 2017 figures look better by comparison; thanks to David Lewis in the comments for pointing out my error.) 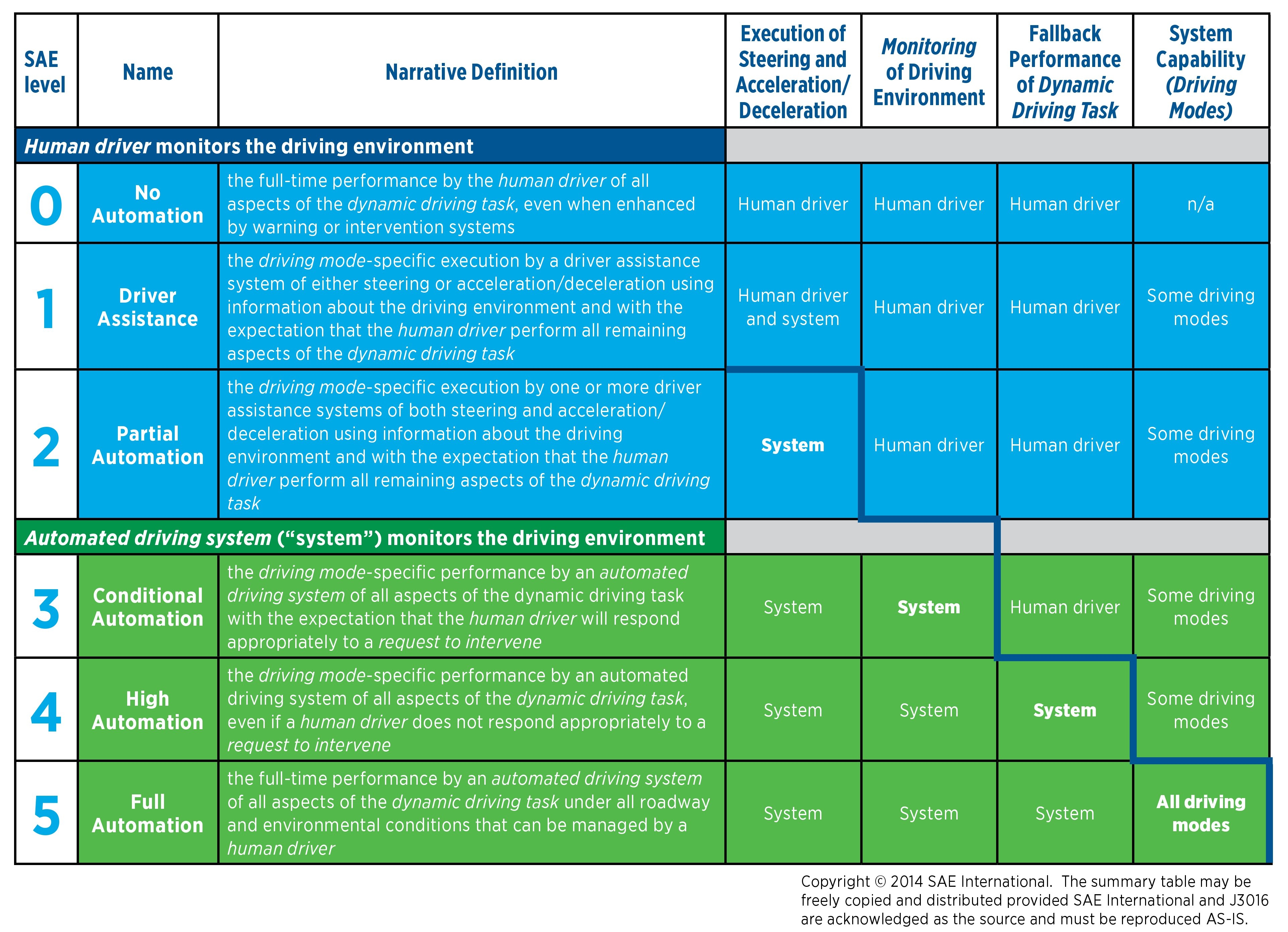 “The details are nebulous, but the more you read about autonomous vehicle (AV) technology, the more one message comes through loud and clear: The development and widespread use of AV is not an ‘if’,’ but a ‘when,’ and most importantly, a ‘how,'” writes Examiner transportation columnist Erica Butler.

Click here to read “We need to start planning for the advent of autonomous vehicles.”

Butler’s argument is more nuanced than her lede suggests, and she quite correctly walks us through the various stages of so-called automation, from basically souped-up cruise control to full self-driving cars.

I’m a media outlier on this. I have no doubt that we’ll get vast improvements in cruise control and even (perhaps) dedicated lanes on highways for automated trucks (but even that is a sketchier prospect than proponents will admit). But if by “self-driving cars” we mean the drunk at the end of the bar can tumble into a vehicle and arrive safely home out in the forest or the toddler can be placed in the back seat with a bag of Legos and arrive safely at the daycare across town, both with no human intervention — it’s not happening in my lifetime.

I’m so old I remember when we were promised self-driving cars by 2020. That date forever gets pushed back. I think the most recent date I saw was 2050.

There’s no doubt that with enough public money spent on subsidizing technology and retooling highways and roads, we could eventually arrive at some promised land of effective self-driving cars and safely ferried-home drunks and toddlers, but it’s not as easy nor as inevitable as proponents suggest.

And all those trillions of public dollars that will be dumped into the chase for self-driving cars (and the corporate profits associated with the chase, natch) could instead be used to improve transit and rebuild cities for pedestrians.

Cuts for Cancer (Thursday, 5pm, IWK Gallery) — In the second annual Cuts for Cancer event, folks who have pledged hair donations are showcased on stage shaving or cutting their hair to support children affected by various conditions. A silent auction, family activities, and radio involvement are also planned.

Argue amongst yourselves about self-driving cars. I’m going on a hike.