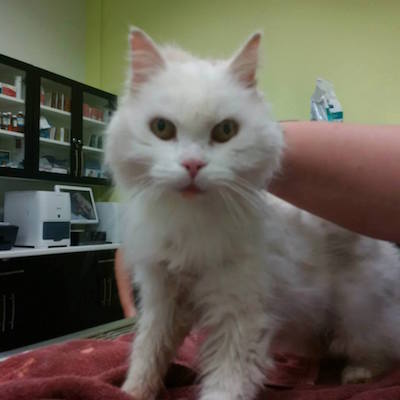 Since it’s Halloween, today’s Examiner is guest written by the ghost of Fuzz.

Anyway, this column is NOT for indoor cats. This is only for HUNTERS. If this is you on Sundays MOVE ALONG. Gun/claw owners only! 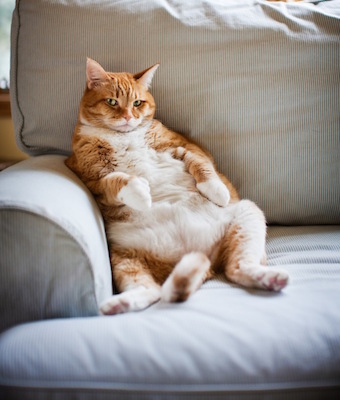 This cat probably bought a condo at the Roy building.

So if you’re one of those pussies who likes to walk in the woods, the government is reminding you to WEAR ORANGE. If you get shot it’s your fault, and also if someone gives you cat food and has a cage you probably shouldn’t follow the food into the cage. That is NOT HUNTING. 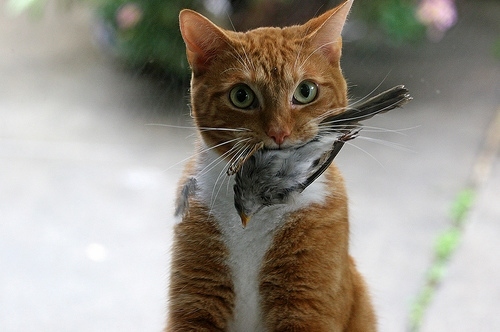 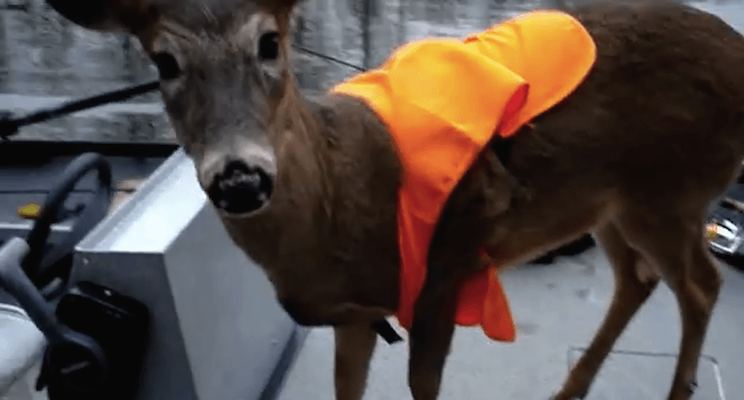 You better hope no deer read this article! That would be confusing.

Oh hey, there’s a Provincial Wildlife Act? No one ever told me that. Check out the Living with Wildlife section. HAHA I hate bats (giving mice ideas above themselves), raccoons (quit stealing MY garbage), skunks (fuck you), fish-eating birds (WORD! MY fish!), and squirrels (you think you’re big laughing in the tree like that?) too. Guess what? The government said you’re a NUISANCE. You suck hahahaha. You don’t see cats on there do you? I OWN your yard.

Everyone but Moose better look out on Sundays now. St. Francis of Assisi can’t help you suckers! 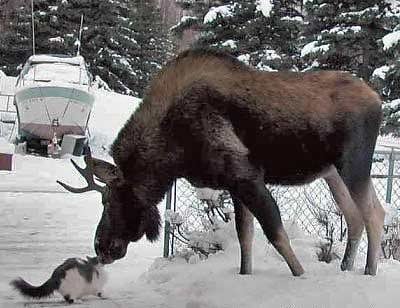 Anyway, along with Sunday hunting, other changes to the Wildlife Act “clarify the distance that hunters need to stay back from Christmas tree and agricultural operations.”

Whitney Pier is going to host their own Santa Claus parade after being excluded from the Cape Breton Regional Municipality Parade Route.

“[Allan] Nathanson, chair of the Friends of Neville Park Society, a group working to revitalize the community, said the Santa Claus parade originated in the Pier almost 50 years ago and it’s an important tradition for residents.

“It was really nice at Christmas time and now they want to take the Santa Claus parade,” he said.

I guess it’s opposites day in Cape Breton and now Christmas is the season of TAKING. They’ll probably come for our curtains next, like “bad kitty! Get down from there!” even though Santa said we could have the curtains and the sofa to scratch too.

Ew, two Santas? Booo, sucking up ALL THE MILK. That milk could go to the 10,000 cats without homes in Cape Breton, but nooooo, now two Santas have to come and be fed. 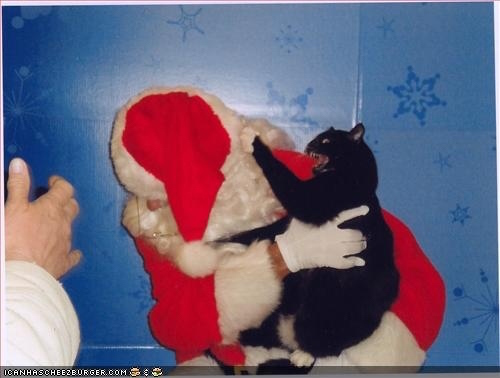 So Santa can be all up on the street parading around, but let a CAT be on the street and everyone starts talking about “feral cats” and “spaying and neutering programs” and “licensing.”  I’d like to see Santa’s licence. Did he get HIS shots? Someone should lure Santa into a cage and inspect him.

Whatchu gonna do now Cape Breton? We have your Christmas lights!

One of the pieces of feedback we received is ‘I’ve got a small house and a small driveway; it doesn’t really seem fair that I’m paying the same amount as that person over there who [has] a big house and a big driveway,”‘ said Cathie O’Toole, Halifax Water’s chief financial officer. 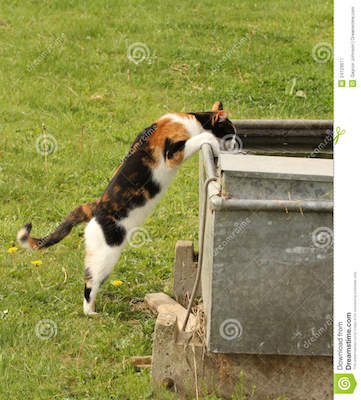 I have a solution! I can drink that! End of taxes! I just saved you $39, homies! This tax seems silly, lol. Tax people for using the drains? Lololol wait til the city finds out what I used the drains for! (Pooping and peeing and bathing lololol. And I never paid taxes!)

“It’s not about asking for a bigger pie, but how best to distribute the pie among customers, Halifax Water says.” 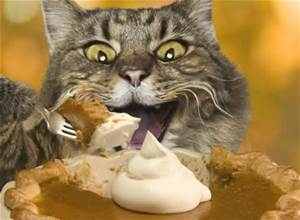 “The Supreme Court of Nova Scotia has upheld a provincial court decision that a man who was using the Siri feature on his iPhone to ask for directions is not guilty of distracted driving.”

Not distracted driving! See, no cell phone in sight!

“The legal saga began when Ajirogho Enakeno Ikede was driving his vehicle along Commercial Street in New Minas, N.S. Police noticed Ikede had a cellphone in his right hand and pulled him over. Ikede had been using Siri, a piece of software found on iPhones, to ask for directions.”

Wait a minute, I bet if he was WHITE LIKE ME he wouldn’t have been pulled over. I think that should say, “Police noticed Ikede WAS BLACK ON A STREET IN NEW MINAS and pulled him over.” Maybe the police should ask for directions on how not to arrest people for DWB. 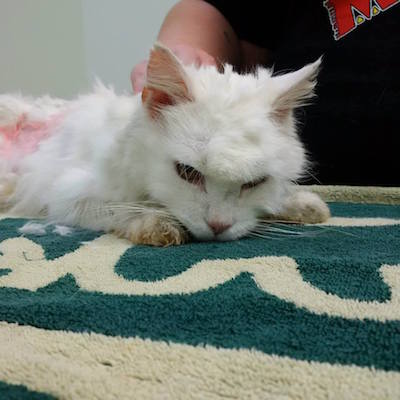 “A man is facing voyeurism charges after Halifax police say inappropriate photos were taken of women at a local mall.”

The man took photos and video of the women in the mall “without them knowing.” During the investigation, the police “released images from the video in attempt to identify three women who were in the mall between 7:15 and 8:30 p.m. during the incident.”

Sooo…the police released pictures of the women to the public to find a man who took privacy-violating photos of the women? 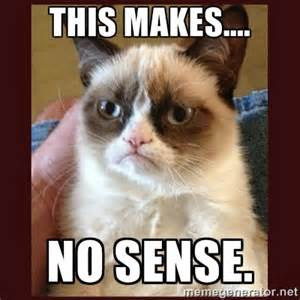 I bet people thought the women were shoplifting in the mall or something because the police didn’t say why they were releasing their pictures. And then everyone was like “hey there you are on the news, should I snitch on you” but then it turned out to be the man’s fault. Like when a cat goes off for a walk or something and then they end up on those lost cat wanted posters everywhere. THAT’S SILLY.

So, cats aren’t allowed to have balls, but HUMAN MEN can just walk around all the time doing sex things in public? Not fair!

“Despite ongoing contract talks, the head of Nova Scotia’s largest public sector union says she believes the government is laying the groundwork for a legislated wage settlement to be imposed after the legislature resumes next month.”

Joan Jessome, president of the NSGEU, said the premier’s comments on the medical residents seeking arbitration “bargaining in bad faith” were “calculated to reach more than just the medical residents.” The NSGEU is “currently negotiating for 7,600 civil servants including clerical, corrections and social workers.”

In August, the government said it wanted five-year deals with no increases in the first three years and increases of one per cent in each of the final two years. Within that framework the unions can suggest ways to find program savings that can be used for wage increases.

The cash-strapped government has said even a one per cent increase in public sector salaries would add $52 million a year to expenses.

Look, I’m the ghost of a dead senior cat who was homeless and deaf in both ears and covered in matted fur. I’m a cat so I can kill mice and things, but I don’t think humans like to eat mice (no idea why). Humans need homes and grocery store food and things. It seems like humans need money for that.

The government having workers but not wanting to pay for them is kind of like having a cat but then you don’t want to pay for vet bills and cat treats because it’s too expensive, and then being like “we can save on food if the cat just roams around eating our neighbours’ garbage” and then wondering why all the cats left the province and went somewhere where someone will give them tuna. THAT’S AN ANALOGY. Smart cat is smart.

Maybe “program savings” on social workers and stuff is why people are going missing now too. 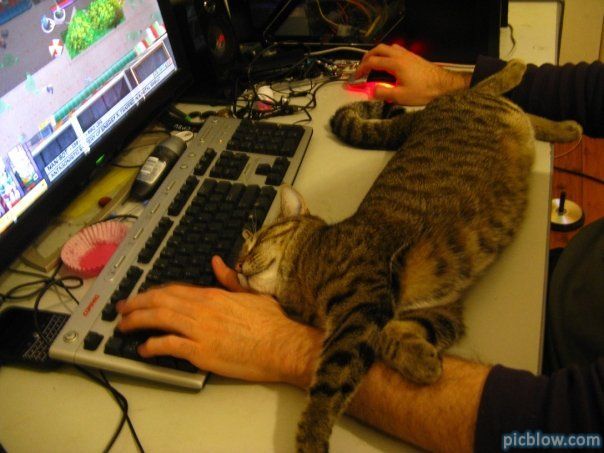 Eight school buses in Cape Breton have been equipped with Wi-Fi.

Paul Oldford, the school board’s director of operations, said on longer bus rides, Wi-Fi “helps with the behaviour on the buses.” 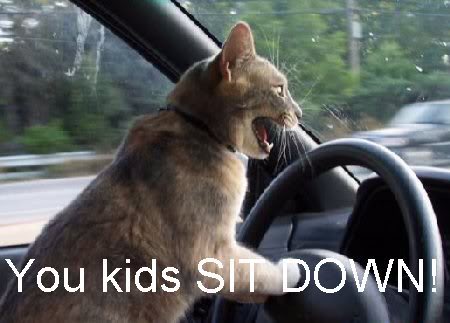 Rubin Binder and Judi Rutherford, who have two children who ride the bus, pointed out that:

They and others had recently “spent hundreds of volunteer hours” in a fundraising effort for a school playground because the school board can’t afford to build one.

“It makes us wonder. What do we value in education?” they wrote.

“In a time when schools are closing, classes are getting larger and there are funding cuts all around, how has this become a priority?”

They say they also believe the school bus should be a place where students can “decompress, read or chat with their friends.”

Oh, that’s nice! This article is bilingual. Translated into English, that would say, “decompress, read, or CAT with their friends.” Agreed!

But if they don’t have Wi-Fi on the buses, how will they look at cat memes on their way to and fro from school? And how will they most efficiently tease each other using social media instead of just plain old verbal and physical bullying? Is this 1990, parents? Also SINCE WHEN are kids just reading peacefully on the SCHOOL BUS, like lalalala I’m just finishing WAR AND PEACE up here in the quiet sedate environment that is a bus filled with screaming obnoxious teens. HEY, TWO CAPE BRETON SANTAS I WOULD LIKE A REALITY CHECK FOR CHRISTMAS PLEASE. 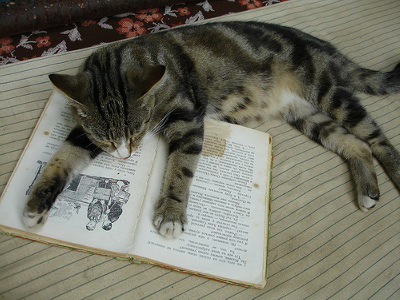 They won’t be talking about the school dance though, heh heh heh.

Also, I hope the playground has a sandpit so I can bury my poop in it. I bet it just has that tasteless rubber stuff though. 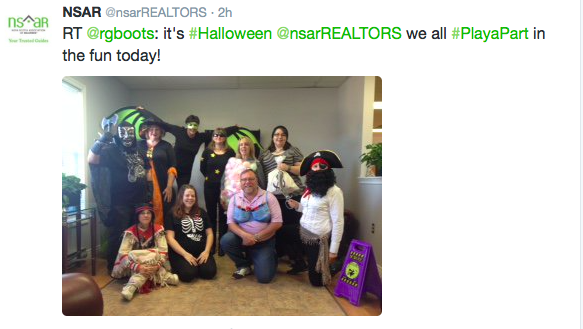 It’s Halloween! Fun! You can be a bat, a witch, a skeleton, a pirate, a man wearing a bra stuffed with spices (???) or an INDIGENOUS PERSON!

IRONICALLY, at the same time as people are dressing up like Indigenous women as a costume, the art exhibit commemorating actual missing and murdered Indigenous women is vandalized. The dresses in the exhibit were ripped away from the tree where they were hanging with such force that it damaged the tree.

Jeez, I’m not even HUMAN and I know this stuff. 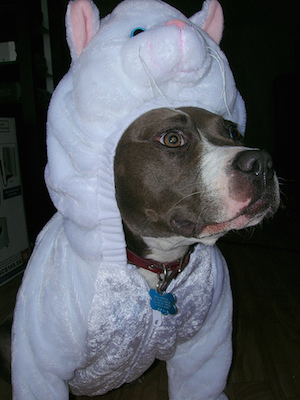 From the Chronicle Herald:

Wow, that “Katie Belle” story on Oct. 28 — about young men who built a schooner from scratch in Stewiacke — left me with goose bumps. And then imagine these two good-looking, able-bodied boys pulling into some balmy port seeking the company of some frisky females, and being able to boast, “We built this ourselves!” What could be more impressive?