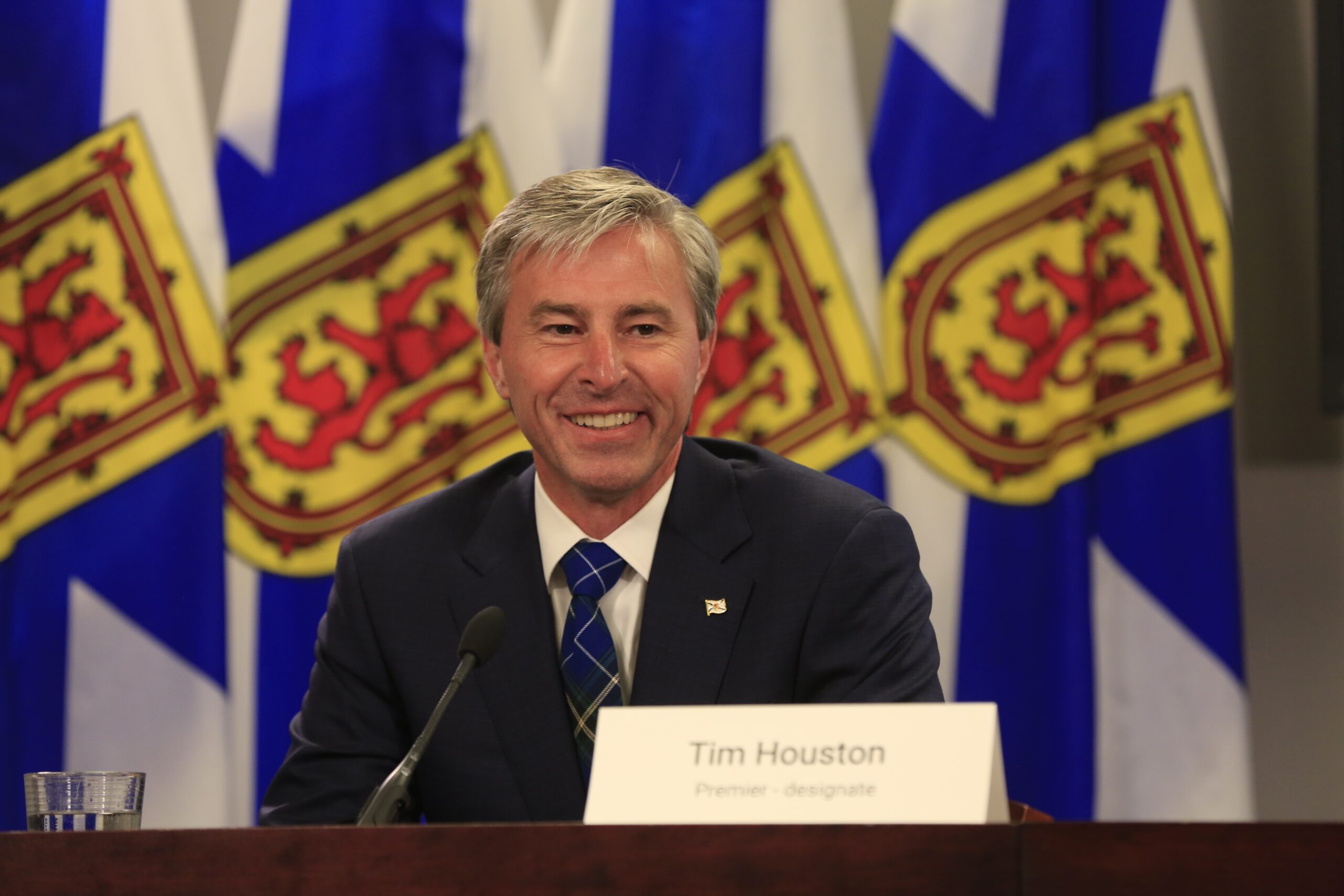 Premier Tim Houston was challenged about why the province refuses to look at raising the minimum wage to $15 an hour. NDP leader Gary Burrill said there are 40,000 Nova Scotians earning minimum wage who are struggling to make ends meet who do not understand why the government isn’t doing anything to help them.

Houston responded by talking about the need to provide more training opportunities for people so they could apply for better-paying jobs in many areas of the economy experiencing acute labour shortages.

“What I’m focused on is the economy of this province and making sure everyone has an opportunity and sees themselves as being able to thrive right here in Nova Scotia,” replied Houston. “And it’s not driven by the minimum wage. I don’t know many Nova Scotians that grow up thinking, ‘boy, I hope I make minimum wage when I grow up.’ That’s not the way people think. They want real jobs.”

“I thought what Tim Houston said this afternoon about minimum wage workers was denigrating and demeaning and degrading,” said Burrill to journalists after Question Period ended. “To say that the work of cleaners and servers and people who work in corner stores and gas stations and CCAs [Continuing Care Assistants], that these people are doing something that a person ought not to aspire to. This was insulting and beneath the premier and I certainly think he owes the minimum wage workers an apology.”

Burrill said if the pandemic taught us one lesson, it’s that “there are thousands of people working who aren’t making much money without whose contributions our economy would cease to function.”

Burrill and the NDP proposed a bill to raise minimum wage to $15 an hour next spring as a lever to help people get out of poverty. That wage is still well below what is often characterized as “a living wage,” in the range of $22 an hour.

Outside the legislature, Houston did apologize for his comment when it was raised by journalists. “It was a poor choice of words. That was not my intent. Obviously everyone who gets up and goes to work has a real job. In the heat of the moment, I used the wrong word. What I mean was a better job, a career. I apologize for that.”

No room at the inn (nursing homes) 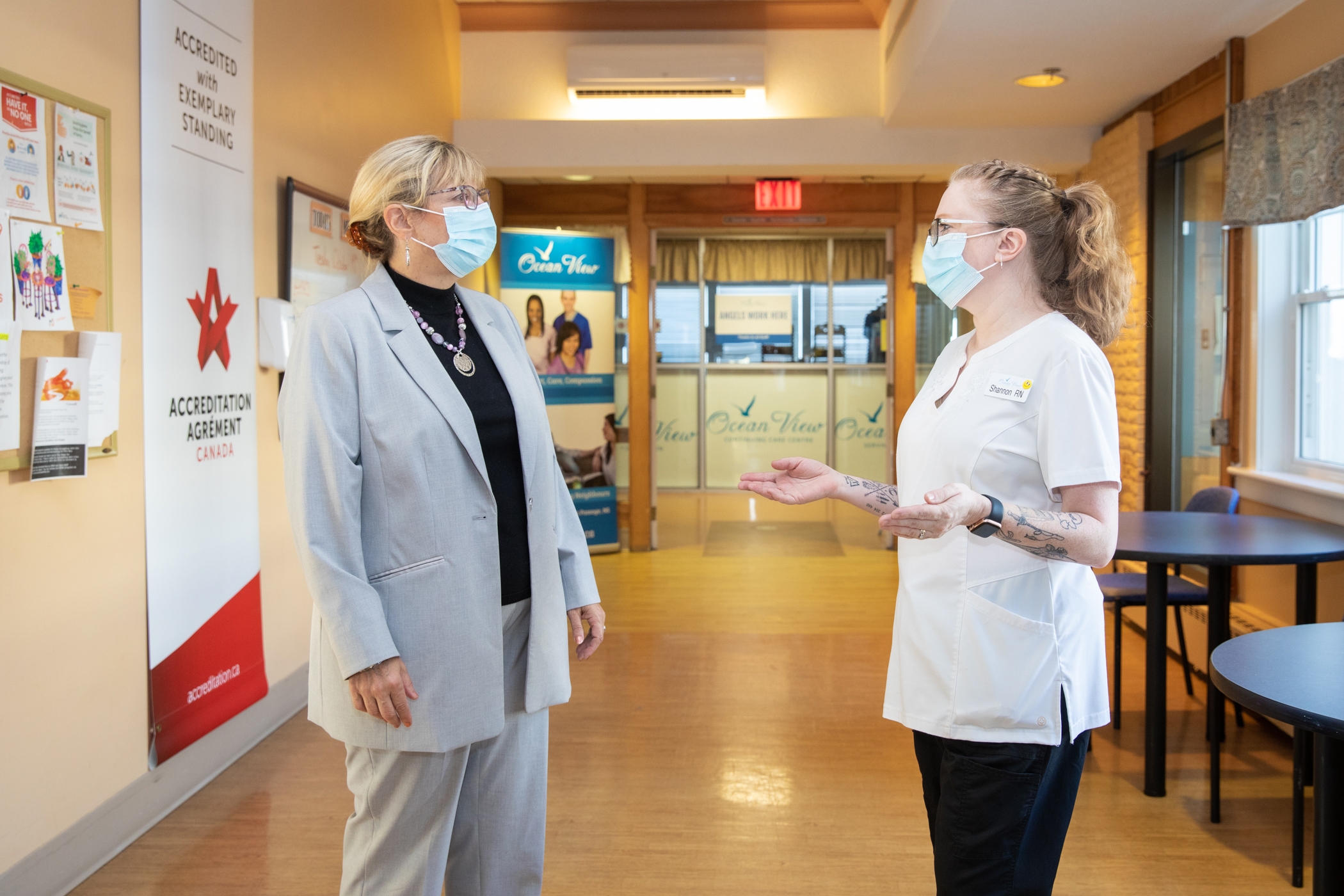 Bedford Centre Liberal MLA Kelly Regan said the number of nursing homes which are no longer admitting new residents has grown from four in September to 16 in November. Outside the legislature,  Barbara Adams, the minister for Long-term Care and Seniors, told journalists the reason so many homes are refusing to admit new residents is because they do not have enough staff to care safely for them.

“This government is aware these nursing homes are under-staffed,” said Adams. “So we are not pressuring them to remain open [to new admissions] when it isn’t safe to do so.”

Earlier in the week, Adams announced $1.7 million would be allocated to improve working conditions for employees in long-term care, including buying new equipment as well as paying for transportation and work-related costs.

Part of the $1.7 million will be used to pay tuition for health care workers who wish to upgrade their skills and move into higher-paying jobs. The largest amount will be used to hire six recruiters — two of whom will look overseas for nurses and CCAs willing to move to Nova Scotia.

“This was an actual funding announcement that had been approved by the previous government,” noted Adams. “Just never announced and never acted upon — the hiring of six recruiters to find CCAs. I’m at a bit of a loss to understand why that wasn’t done months ago but we are taking action and expect to have all the recruiters hired within a couple of weeks.”

The forest and the trees 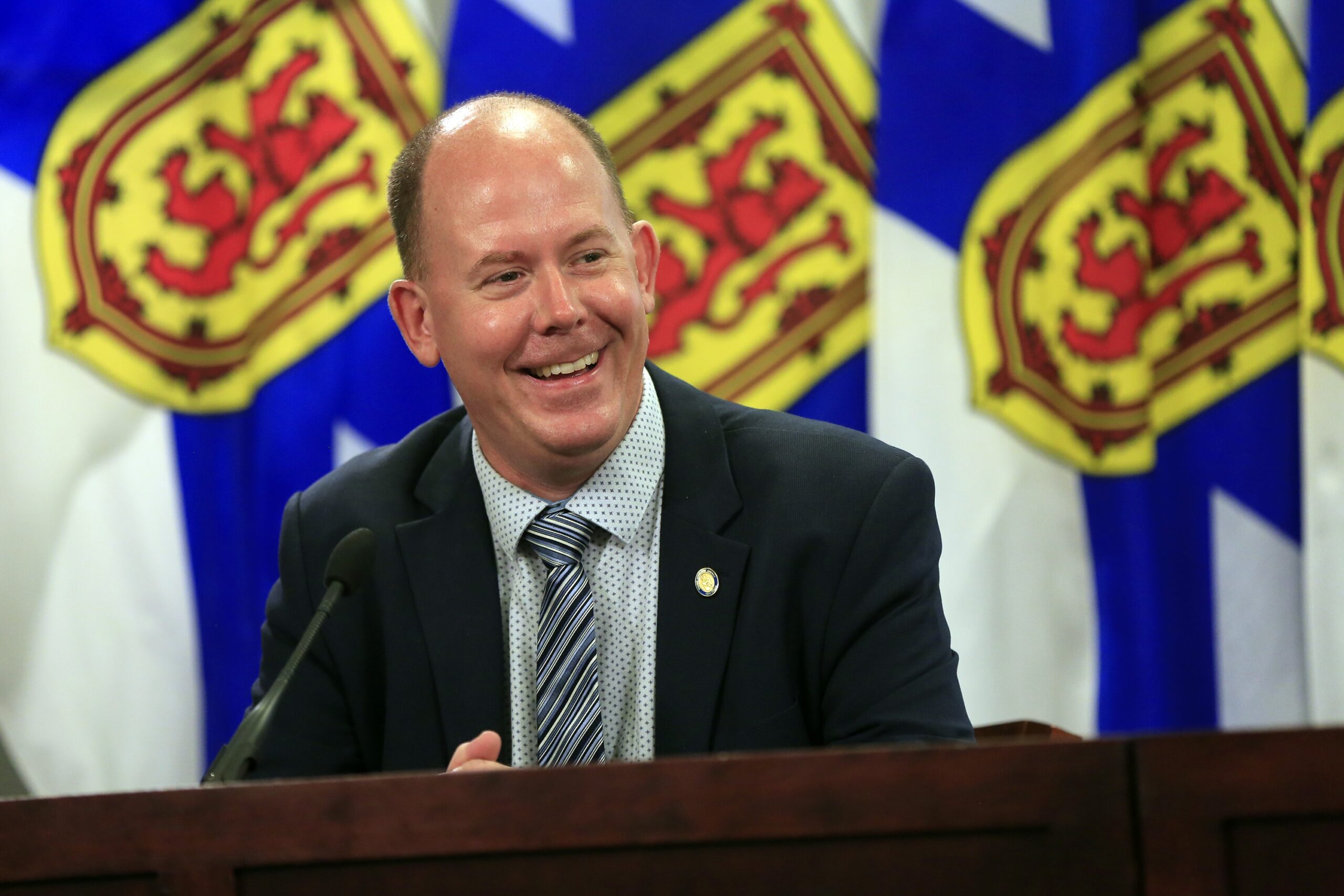 Natural Resources and Renewable Energy Minister Tory Rushton was put on the spot by the NDP’s Environment critic, Claudia Chender. “Can the minister tell the House if he believes burning biomass to generate electricity is carbon neutral?”

“Is it efficient just to burn for electricity?” replied Rushton. “No, I’m an electrician by training and I know a little bit about power generation. But there are other aspects of biomass burning that we can achieve in an environmental way…. I’m not talking about cutting roundwood to be throwing it in. I am talking about actual pulpwood and low-grade wood fibre. I can say right now this government would not stand behind taking round logs to create a biomass economy here is Nova Scotia.”

Chender continued: “Well, we are talking about biomass for electricity in this case and the latter example you gave. In 2010, the provincial Renewable Energy Plan committed to using biomass for electricity to meet 2015 targets. But the author advised its use be revisited in favour of more sustainable options. That has not happened. During this past summer, many Nova Scotians told the consultation on climate change they want to see this done. Will the minister commit to doing a full lifecycle analysis of emissions generated by biomass before the Climate Plan for Clean Growth is released next spring?”

At which point Rushton chose to dive for cover.

Rushton: “What I will commit to today is the bill that will be up for third reading to do with climate change to protect our environment and to ensure we get off coal …. and I will guarantee to the member we are certainly going to have a deep look into what biomass will look like for the province of Nova Scotia and how we are going to move away from coal but utilize the resources we do still have here.”

Translation: the status quo as it relates to cutting down trees and using the wood to generate 4% of the province’s electricity will continue for another six to nine months, at least.

Speaking of forestry, Houston stated the province will not appeal a decision by the British Columbia Supreme Court last week that permits Northern Pulp to essentially use money loaned by the Nova Scotia government to then sue the Nova Scotia government for $450 million the company claims it is entitled to because its lease on an effluent treatment plant was terminated 10 years early.

“Obviously we are not happy with the outcome,” said Houston. “The province had advanced a different position but the court has ruled. I have spoken to the team. It’s always a legal decision whether an appeal is practical, how much time and money goes into it. The decision is there will not be an appeal.”

Liberal leader Iain Rankin declined to comment on whether he would have appealed the decision if he had been premier right now. Rankin said he couldn’t speak to that without being briefed by lawyers that argued the case in front of the judge hearing Northern Pulp’s request for creditor protection (a close cousin of bankruptcy).

Rankin was asked how “safe” he considers Nova Scotia’s position given the company is threatening to sue for $450 million in damages.

“There could be some exposure but we were confident when we drafted the Boat Harbour Act, that that supersedes everything,” replied Rankin. “I was prepared to go to court to figure that out and I was not interested in any kind of settlement when I was there in that office. The company wanted a contribution toward a new effluent treatment plant and there was discussion around that. But we know they owe the province $85 million, so there was a lot of back and forth. But if they wanted to try to get money out of the province, at least from me, that would have to happen in court.”

The saga of the mill at Abercrombie is a long way from over. What is nearing an end is debate in the legislature which could finish by late in the day tomorrow once all the government bills have been passed.