You are here: Home / Featured / What does a recovery of the tourism industry look like?

The “devastating” impacts of COVID-19 on Atlantic Canada’s tourism sector and the policies that could support a post-pandemic recovery were discussed during an online forum hosted by the MacEachen Institute on Thursday.

“There’s a new player in town, and that’s actually public health. I would argue that public health and the government is now a critical stakeholder in the supply chain for the development of tourism,” Ross Jefferson, president and CEO of Discover Halifax, said at the beginning of the online event.

Jefferson, one of four panelists leading the Atlantic tourism recovery discussion, described the tourism system as one that has evolved over decades. He said while it works well when things are “at a steady state,” that’s not the case during shutdowns like we’ve seen during the pandemic. He said things aren’t going to return to normal at the flip of a switch. 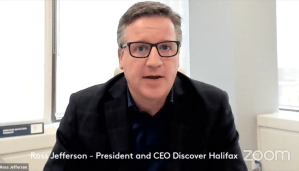 “Consider now that 30% of the workforce in tourism is now gone as compared to December last year, and 40% compared to our peak months,” Jefferson said. “Many of these people are not just sitting, waiting to be hired back.”

He pointed to mechanics, drivers, cleaning staff, tour boat captains, and others who are now working elsewhere. He said any start-up will require advanced notice, with many businesses requiring at least least three or four months.

“Today, the entire supply chain is really tied to restrictions now managed by a new partner who is outside of the industry…As we really think about getting back, I think one of the most critical things that we could be doing right now is understanding when are we about to start back,” Jefferson said.

What Jefferson does want is more coordination between health planning and business planning. As an example, he explained that if a business owner has a clearer picture of the vaccination schedule, it might help them determine whether to open or remain closed.

He argued that done right, there’s a “strong benefit” to being prepared, adding that it’s a mistake to distill the issues to a trade-off between economic justification and health risks associated with COVID-19.

“Travel is not just about a selfish pleasure that we can do without. Did you know that travel to visiting friends and family accounts for about half of all travel, and health is not just about COVID exposures,” Jefferson said.

“Today, many families are separated, important life events like attending funerals and being there to support families who are in need of help or going without, people living with dementia are isolated, mental health is being described as a shadow pandemic.”

Although the Atlantic Canadian tourism sector demonstrated “resilience and innovation” by switching to cater to a local market in 2020, Michele McKenzie argued the local market can’t sustain Atlantic Canada’s “tourism competitiveness” into the future.

The former CEO of the Canadian Tourism Commission and a former Deputy Minister of Tourism, Culture and Heritage in Nova Scotia, McKenzie is now a tourism consultant.

“Tourism businesses are struggling to survive and the future remains uncertain,” she said. 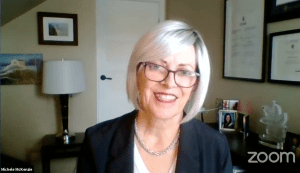 McKenzie offered several suggestions for governments as they consider ways to support the recovery of the tourism sector. One was to focus on air travel. She said governments must recognize the “air switch” turned off in 2020 due to the pandemic can’t simply be turned back on.

“It will take a long time for Atlantic Canada to build back air access to anywhere near what we had in 2019, and in some instances, routes may be gone forever,” she said.

“There are, of course, many reasons for this, but the crux of the matter is that airlines have been devastated.” 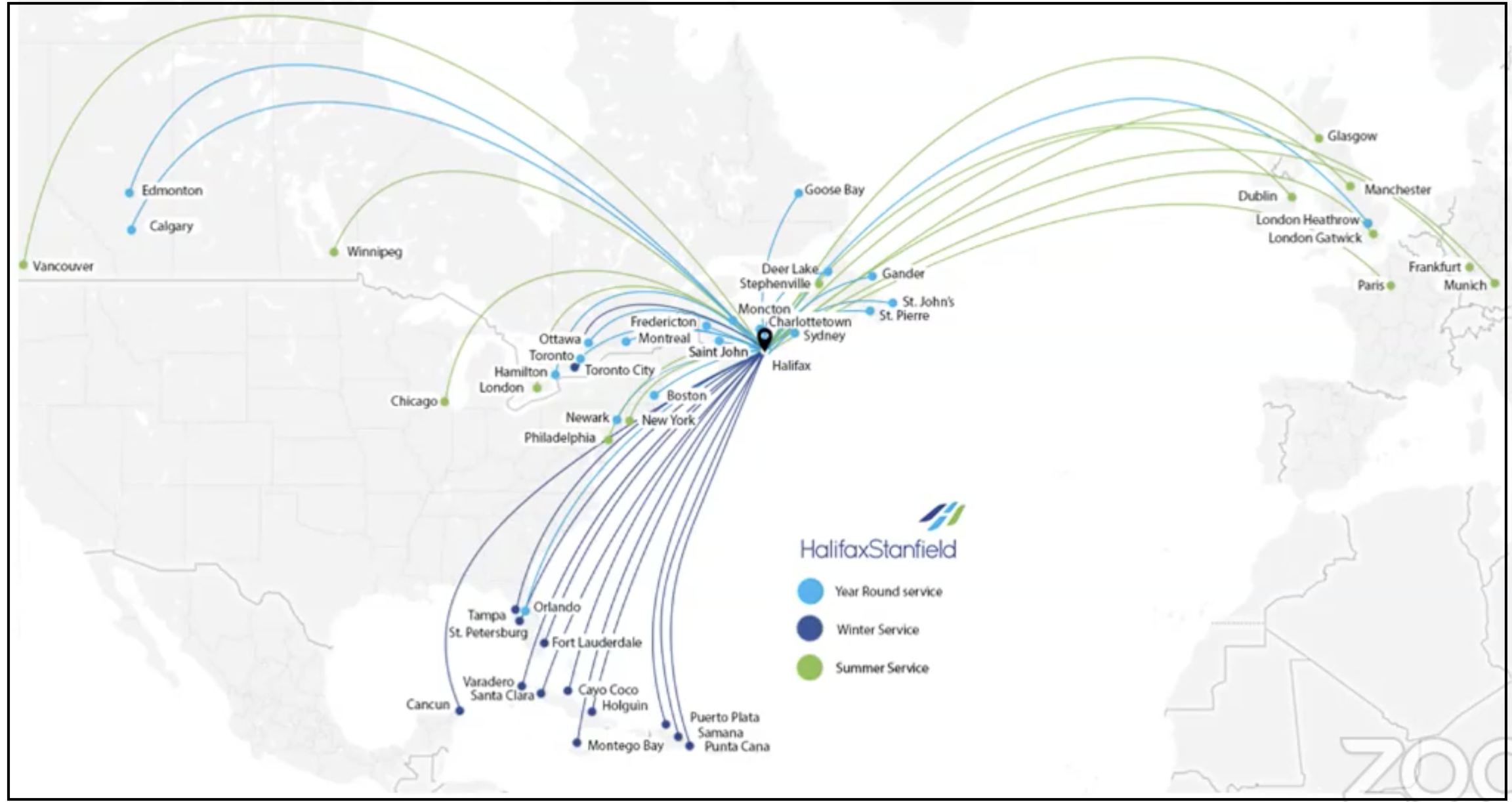 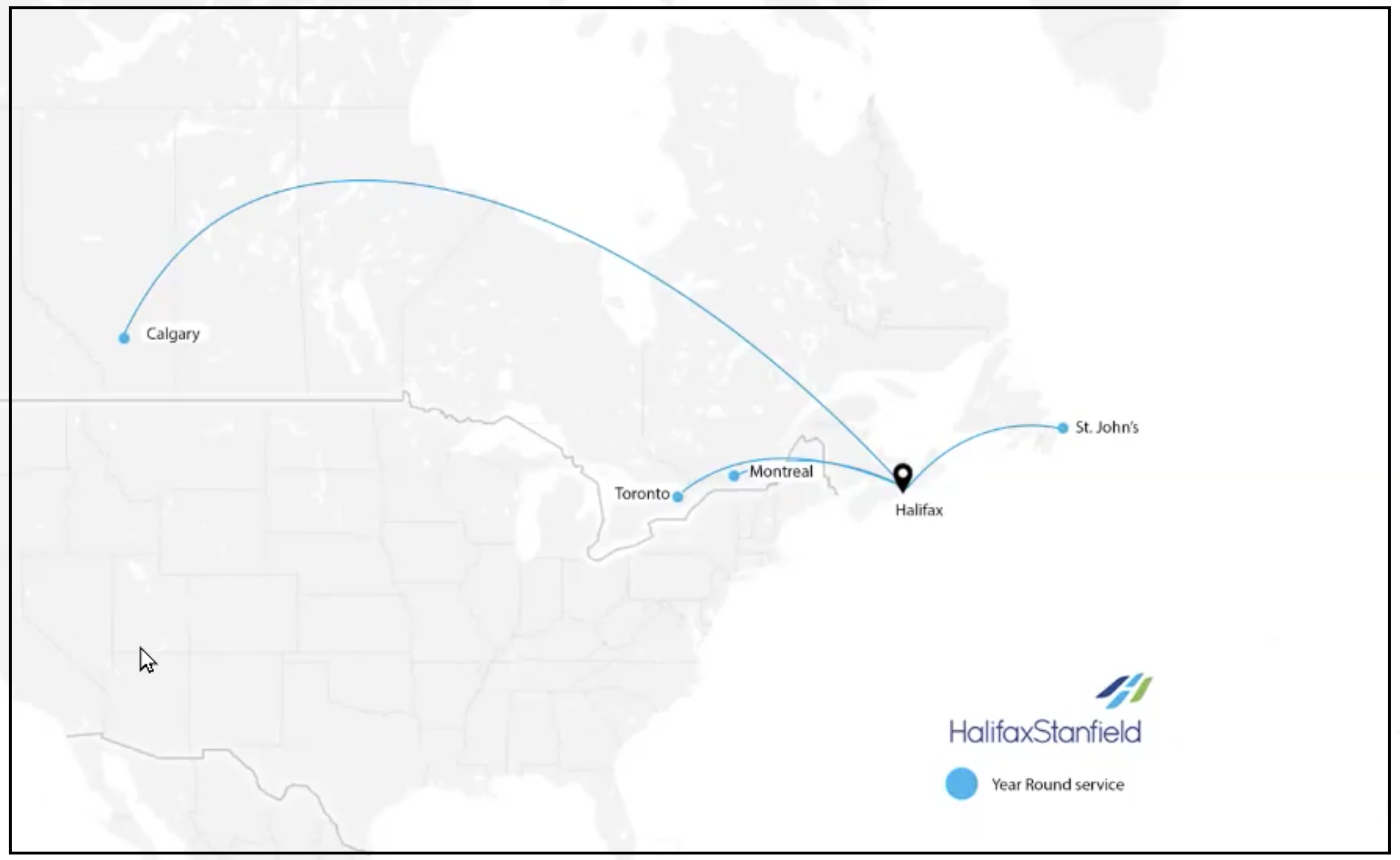 “I think you’ll agree that the image is shocking and brings many concerns to mind,” she said.

“It’ll take at least three years for the Halifax route map to return anywhere near the pre-COVID levels, bringing those high value visitors…the position of Halifax as a hub airport to support tourism throughout all of Atlantic Canada will be more important than ever.”

McKenzie also highlighted the importance of what she referred to as the “welcome mat.” She said the tourism sector “needs clarity” from Atlantic Canada provincial governments about the conditions under which provincial 14-day quarantines could be reduced or eliminated.

“The domestic travel market will drive Canada’s tourism recovery overall, and Atlantic Canada wants to be part of that recovery,” she said.

She pointed to Destination Canada’s “Canadian Resident Sentiment” travel survey released earlier this week. It found that Canadians are wary about welcoming international visitors. Only a minority of residents in any region of the country said they would welcome visitors from other parts of Canada.

“In fact, Atlantic Canadians’ willingness to welcome visitors from other parts of the country is among the lowest in the country. I call this our frayed welcome mat,” McKenzie said.

The so-called rural wave is another key piece of the puzzle, McKenzie said. As demand grew in the Atlantic bubble for locations with outdoor space and experiences, rural tourism businesses in Nova Scotia did well in 2020 compared to their urban counterparts.

“This is in keeping with a national trend where nearly 90% of overall searches are for trips to rural areas,” she said.

McKenzie said this isn’t to diminish the important needs of urban centres and their role as “an engine of tourism” in Atlantic Canada. But she believes there will be “significant opportunities” to re-develop the tourism industry in ways that address the historic challenges related to the concentration of visitors and unequal distribution of wealth.

“What are governments doing to focus on these opportunities and what can be done to ensure the rise of rural tourism continues post pandemic and is not a blip on the tourism statistics radar screen?” she asked.

McKenzie also highlighted the importance of the strategic use of stimulus funding. She said governments can support tourism recovery by aligning stimulus investment with projects identified by “community-first” master planning efforts. The community-first approach considers tourism as “sustainable, inclusive growth” that’s good for the community.

‘Devastation of the workforce’

“I know that this is a huge debate, but the guidelines your government has put in place allows for destinations to actually recover faster compared to other destinations globally that did not have this advantage that had been hit dramatically by this pandemic,” Cherry said. 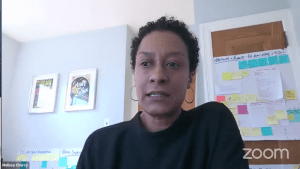 She pointed to the need for the tourism sector to have a more diverse and equitable workforce, noting published reports and studies have demonstrated companies with inclusive and diverse teams do better financially.

“Diverse teams are also better equipped to target and serve diverse consumer markets such as women, ethnic minorities and LGBTQ+ communities who currently serve an increasing share of consumer purchasing power that is often overlooked or not even leveraged by many organizations,” Cherry said.

Tom Baum, a professor of tourism employment at the University of Strathclyde in Scotland, was the session’s fourth panelist. He expressed concerns about the impact the pandemic has had on workers in the sector, particularly young people.

“What we’ve seen globally over the last year has been a devastation of the workforce. I acknowledge the impact on businesses. I’m not trying to suggest that it’s only the workforce that has borne the brunt of this,” Baum said.

“But we have to recognise that the tourism workers have been at the forefront in terms of…the impact of the pandemic. And we’ve seen the impact right across all sectors of tourism, from airlines to hotels to street food operators, both within the formal and the informal economy. And I think undoubtedly there has been a disproportionate impact on the most vulnerable in the tourism workforce. Youth, women, minorities, the lowest skilled, and the disabled.”

Baum said these workers have also struggled to access available government supports, and were further impacted by the “stop-start” nature of the industry and numerous shut downs. He said in addition to instilling confidence in local residents and visitors, there’s an equal need to “redevelop, refine, and rekindle” confidence in the “badly hit” tourism workforce. 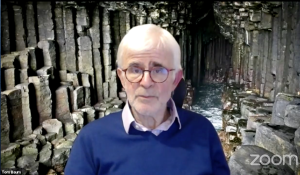 Tom Baum, professor of tourism employment at the University of Strathclyde in Scotland.

“I think what we need is a tripartite coalition of government, the private sector and educational providers, which addresses the long term future, the long term opportunities of young people entering tourism,” Baum said.

“If we cut off that supply now, it’ll be very, very difficult in the longer term to resurrect it, to bring it back into position.”

The panel discussion, titled ‘The Road to Recovery for Atlantic Tourism,’ was part of the Dalhousie University-based MacEachen Institute’s speaker series ‘Policy Matters: Nova Scotia Election 2021.’ The series is focused on public policy discussions in the lead-up to the next provincial election.