You are here: Home / Featured / What do the kids think about back-to-school?

The voices of youth are largely missing from our COVID-19 conversations, and Dalhousie University researchers hope to change that with a study designed to hear directly from Nova Scotia’s Primary to Grade 12 students.

On Monday, researchers at the university’s Healthy Populations Institute launched the ‘Health and Well-being Survey for School-aged Children and Youth During the COVID-19 Pandemic.’ In addition to learning more about the impact the pandemic has had on the health and well-being of the province’s children and youth, the survey study seeks to uncover how they feel about next month’s return to school.

“Children are feeling overwhelmed, they’re feeling stressed, they don’t know what it means. It’s a scary thing. It’s scary enough for adults in the room,” researcher and professor Sara Kirk said in an interview.

“We wondered where are their voices in this conversation when we’re talking about what school’s going to look like, how much input are kids having into that? When we looked into it there wasn’t a lot about the student voice coming through.” 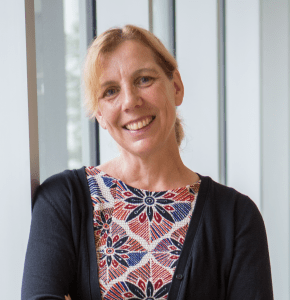 Kirk said while there are national studies underway examining how children and youth have fared in terms of physical activity and other health behaviours since schools were shut down, there wasn’t much literature that included the voices and perspectives of youth.

“We wanted to know how are they feeling now in the pandemic, what is their health like, and what does it mean as they go into the return to school so that we have that kind of baseline,” she explained.

“When school starts and they go back into that strange environment — which is not going to be the same — we wanted to know what are they going to miss, what are they wanting to see, and are we as adults actually paying attention to that? That was really the impetus for doing the work.”

Although the survey was only launched on Monday, Kirk said the response from parents has so far been overwhelming. She’s strongly encouraging students in junior and senior high to also lend their voices. There are two surveys–one for parents or guardians of elementary school students or older students who need help filling it out, and a second survey for junior and senior high school students capable of participating themselves.

Even if parents need to help students with the survey, Kirk stressed that it’s important they seek their child’s input by directly asking them the questions and recording their child’s responses.

Kirk said they’re particularly eager to hear directly from junior and senior high school students because their lives have been “impacted tremendously” and will be dramatically changed by COVID-19.

“I’m not saying the younger ones haven’t (been impacted), because they have too. But there is a moment in time when you’re young when you don’t know what is going on in the world around you,” she said.

“Whereas the youth who are coming to that age in upper junior high and high school, this is going to impact their careers, it’s a time when peer relationships are very important…I don’t feel they’re having the opportunity to have that conversation with people just by the nature of being teens and by the nature of COVID.”

The survey takes between 20 and 30 minutes to complete and features many open-ended questions about things like thoughts and feelings about moving forward, about the learning from home experience, and what things they want to remain in their school environments.

“We really want them to explain in their own words what it is like for them at this moment in time,” she said.

“So that they feel that they are having the opportunity to interact and to be part of this broad conversation around what we are doing as a society to manage this substantial threat to our health and wellbeing.”

Kirk said it’s crucial they get participants responding from across the province because there will be differences between rural and urban environments that need to be taken into account.

From the survey responses gathered in the first 12 hours, the emerging theme is that students are feeling overwhelmed and their stress and uncertainty is front and centre.

“We don’t know what the future is going to hold. Nobody knows if the decisions we’re making now are the right ones,” she said.

“The world is a really, really scary place and I think that the best way to deal with that is that everybody’s voice needs to be heard in the conversation and that’s really what we’re trying to do with this survey.”

Youth helped researchers create the survey to ensure the correct framing and language. Kirk believes we need to listen to what youth have to say, now more than ever.

“It’s like the Victorian ‘seen but not heard’ sort of idea in that we say that we’re engaging (with children) but we’re not necessarily,” she said. “We need to recognize that they’re not mini adults, they have their own needs and they need to be heard in some way shape or form.”

The survey will be up until at least Sept. 8, the first day of school for many across the province. Kirk said it will give them a baseline for future surveys designed to help bring the voices of youth to the forefront.