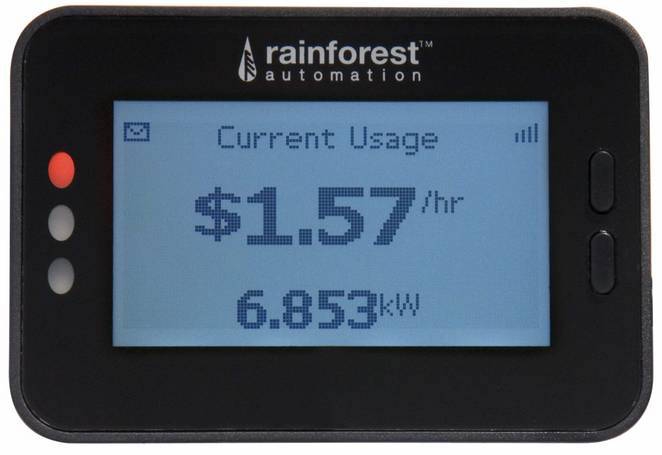 A smart electricity meter with dollar amount. Photo is a promo image from Rainforest Automation

“Are smart meters Nova Scotia Power is proposing to install on every home over the next few years as smart as they should be?” asks Jennifer Henderson:

Will ratepayers get the best bang for their buck ($133 million to automate meter-reading and provide them with online read-outs of daily energy consumption), or is the utility missing an opportunity to encourage their customers to use less electricity?

Those are just two questions discussed in hundreds of pages of written filings currently before the Utility and Review Board, which regulates electricity in this province.

There’s little doubt that Advanced Metering Infrastructure meters (AMI) represent a step forward. The current meters are decades old. The meters NS Power wants to buy are equipped with digital technology that uses a wireless network to permit remote two-way communication between the meter at your home and the power company.

Installing “smart” AMI meters in this province will mean NS Power customers who sign up online through MyAccount will be able to see exactly how much energy they use on a daily basis. Studies by utilities that have already moved to smart meters, many offering data to customers on an hourly basis, suggest knowledge is power when it comes to conserving energy. Over 20 years, NS Power estimates a $43 million benefit through energy conservation linked to changes in consumer behaviour.

But Peter Ritchie says NS Power could achieve savings much greater than $2 million a year by providing customers with an even “smarter” meter to enable them to make better choices.

Click here to read “Are the smart meters Nova Scotia Power wants to install on our houses smart enough?” 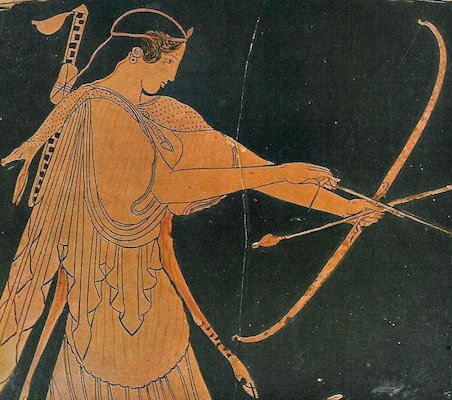 To no one’s surprise, Halifax didn’t get shortlisted for Amazon’s second headquarters site — as some wag on Twitter put it, “What are we going to do with all the ‘I (heart) Amazon’ T-shirts?”

Now come all the justifications for putting the bid together in the first place — it didn’t cost us any money, all staff time was volunteered, it’s great preparation for the next time we want to give our city to a multigazillion dollar corporation… — all of which are either demonstrably false on their face or will soon be shown to be so, once the true story of the bid is told.

Some people are rightly demanding to know the details of the bid — how much did it cost, and what exactly were our politicians willing to give away without consulting us? I want to know those things too.

But even more than that, I want to point out that the “let’s bid on Amazon” move happened without any real discussion of the ramifications of the move. Let’s pretend the bid had a realistic shot at getting Amazon to actually set up its second headquarters in Halifax; what would have happened next?

Specifically, what would 50,000 Amazon employees descending upon Halifax in one fell swoop — as opposed to a more orderly population increase in all demographics of two or three per cent annually over many years — have meant for our city? How would it have affected poverty rates and inequality? Crime? What about housing costs for people not working at Amazon? What would the public works demands in terms of both money and construction delays mean for the average person, and what important projects would have to be placed on the back burner because Amazon-supporting projects were fast-tracked?

No doubt, some of the effects of actually landing Amazon would have been good. But some — a lot, by my reckoning — would have been bad, especially for those already struggling to live here. Wouldn’t it have been a good idea to figure out both the plusses and minuses before embarking on a commitment to snag Amazon?

Supporters of the Amazon bid, who seemed mostly to think that they personally could get a piece of the action, painted it as all positive, with no downside whatsoever. This is how these things roll — there were no greater advocates for the new convention centre than people in the event hosting industry; the gung-hoest of the gung-hoers for the battle ship contract were north end landlords looking to increase rents; and generally speaking, the backers of any Commonwealth Games bid or whatever are firstly the wannabe bureaucrats and managers of the potential event and secondly those who plan to sell goods and services to it. But what of those who aren’t on board, or even in the station, for the gravy train? How will these get-rich schemes affect them, both in direct costs and in lost opportunity costs?

This is the thing with megaprojects and other big “economic development” sells. Big economic impact numbers are trotted out to justify them, but never are the underlying social and economic relations addressed. It’s not enough to say “eleventy billion dollars in new economic activity will benefit everyone!” because it won’t, not unless that eleventy billion dollars somehow flow through the community in ways that the last eleventy billion dollars haven’t. We’ve had big promises of economic development for decades. Every time some megacorp is given a tax break to set up shop, we’re told this is going to benefit all of us. But it doesn’t. The poverty rate remains constant, and middle-class people are increasingly squeezed. University tuition is soaring, saddling young people with a lifetime of debt and the economic, social, and family limitations that come with that debt. Life is getting harder, not easier, for most people.

This is why I joke about how I’m going to spend my convention centre riches — there are no convention centre riches for me, or for most other people either. To be sure, a tiny number of new jobs and opportunities will be created by the expanded convention centre, but to the extent that “new dollars” will actually come to the province (as opposed to the absurd projections made by backers), the bulk of that new money will be hoovered up by the already wealthy. The rest of us won’t see a dime.

If we were serious about the eleventy billion dollars from the next big project actually benefitting the average person, we’d be talking about redistributing income and wealth by changing the tax code, redirecting public expenditures, raising minimum wage and imposing living wage requirements, creating much more social housing, improving social supports, and more.

In fact, we could do all that without eleventy billion dollars in new money. We could do it now.

Talk about the new money from megaprojects or Amazon or stadiums or convention centres or the latest start-up benefitting the entire community is just bullshit talk. There’s no real desire to actually change the way our society works to benefit the entire community; the goal is personal enrichment for the players involved, and nothing more.

We are being played, time and again.

The Nova Scotia Repeal Election of 1867 – A Challenge to Social Order? (Friday, 3:30pm, Room 1170, Marion McCain Building) — Mathias Rodorff from the University of Munich will speak.

The Examineradio podcast will be published this afternoon.