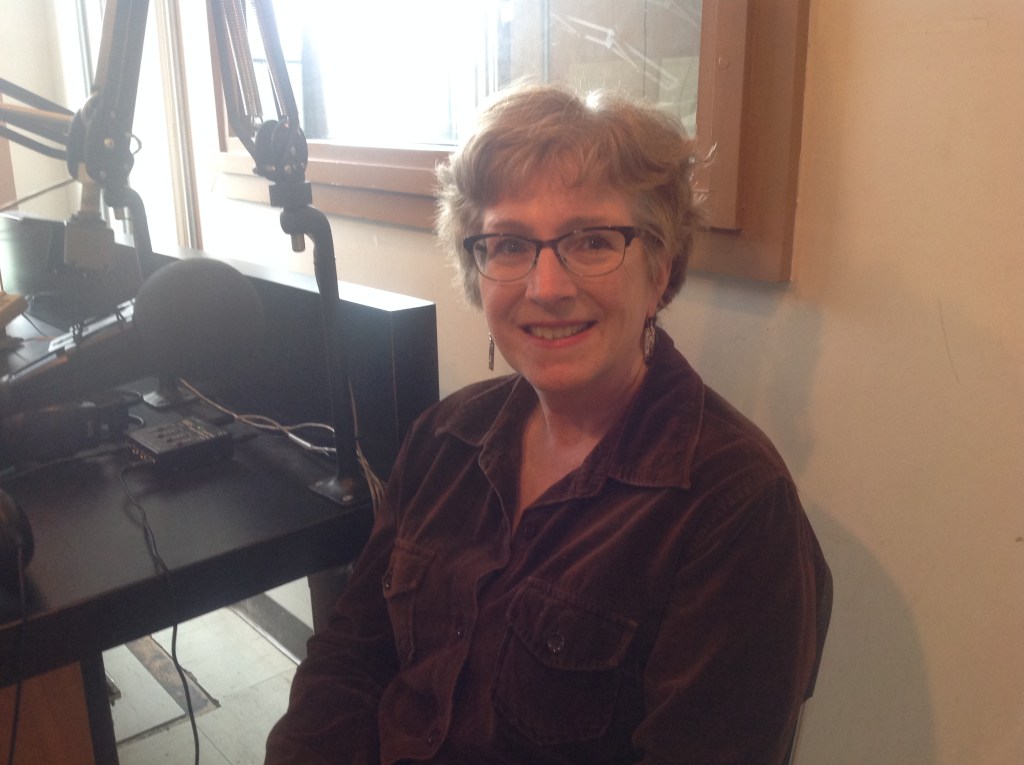 This week we speak to former CBC radio reporter and now Halifax Examiner freelancer Jennifer Henderson about the ongoing shortage of nursing home beds in Nova Scotia. While recently-enacted policy changes have resulted in a shorter wait list, the new rules are generating some controversy.

Plus, looking for a plum public sector gig? Your odds of landing one just increased exponentially assuming you’re sleeping with a Nova Scotia Doer and Dreamer. No? Then the line to apply for the call centre gig starts over there, pal.

Also, we’re excited to announce the first ever live taping of Examineradio! On Thursday April 7 from 5:30-7:00pm, we welcome Mayor Mike Savage to the stage of the Company House for an interview with Halifax Examiner publisher Tim Bousquet. Tickets are $10 and the whole shindig is a fundraiser for community radio station CKDU-FM.

After the podcast aired, reader Marianne Walsh wrote to say that the province is threatening to privatize home health care. 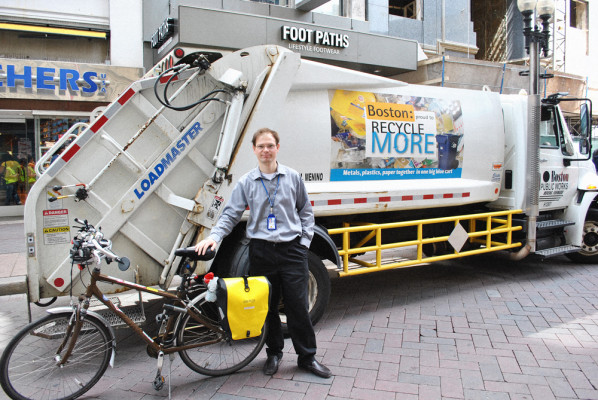 City staff is recommending against a proposal to put side guards on city trucks. Notes the report:

Side guards cover the gap between a truck’s front and rear wheels, have long been mandatory on most large trucks in Europe and Japan, but they’re not required in North America. The guards help prevent cyclists and pedestrians from falling beneath a truck during a collision and getting crushed under the rig’s wheels.

In a letter to councillors, Sam Austin cites two recent incidents in which side guards may have helped: Johanna Dean was killed when her bicycle was pulled beneath a truck making a right hook at Windmill and Albro Lake Roads, and an elderly woman was seriously injured when she was pulled beneath the wheels of a garbage truck on Maynard Street in Dartmouth. I can immediately think of a third incident: Jaclyn Hennessey, a pedestrian who who was killed by a right-turning truck as she was crossing the road at Sackville and Barrington Streets. 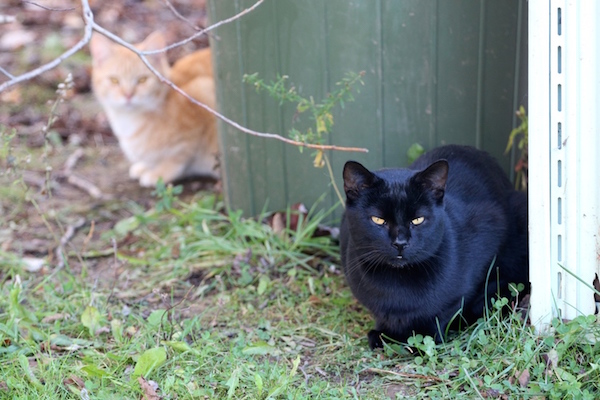 “The Nova Scotia SPCA plans to ramp up efforts to stem the tide of unwanted kitties by launching a provincewide trap, neuter and return program,” writes Pat Lee in Local Xpress:

But first the SPCA needs to know where the cats are.

Earlier this month, the animal welfare organization posted an online survey for rescue agencies and individuals to report cat colonies in their neighbourhoods, stretching from Cape Breton to Yarmouth.

In the wake of Cody Glode’s death, writes Stephen Kimber:

Health Minister Leo Glavine agreed there is a problem, but says the doctor in charge of mental health services is “putting together a clinical services review.” He offered no timeline for what he called a “stronger” provincial approach.

On Friday, I went on about the appointment of Laurie Graham, spouse of Ray Ivany, to the position of Principal Secretary for Premier Stephen McNeil, at a salary of $160,000. The post received more web hits in one day than anything else I’ve ever written (albeit DEAD WRONG has received many times the total number of hits).

I guess people are interested. There’s a range of opinion.

Several people pointed out that principal secretary is a regular job title, something I didn’t know, although McNeil hasn’t had one. Parker Donham and a couple of others say I’m a sexist. Once that charge is laid, it’s impossible to argue against it; we live in a sexist society, and I’m of it, so like everyone else I will at times write and say something cloddish or stupid. I won’t tell you I have “binders full of women,” but I try to guard against the most egregious sexism. Undoubtedly I fail sometimes, but I don’t think my comments on Graham are an example of that.

El Jones places the hire in the context of affirmative action for people of colour.

Many commenters have supported my analysis, with more than a few sending me private messages.

I don’t want to re-hash the whole thing, but I do want to underscore the one aspect I was trying to get at: the class issue. I’ll start in a roundabout way, by quoting the wonderful scene in Runaway Train, when Manny (played by Jon Voight) tells Jack (Eric Roberts) what getting a job is all about:

I’ll tell you what you gonna do. You gonna get a job. That’s what you gonna do. You’re gonna get a little job. Some job a convict can get, like scraping off trays in a cafeteria. Or cleaning out toilets. And you’re gonna hold onto that job like gold. Because it is gold. Let me tell you, Jack, that is gold. You listenin’ to me? And when that man walks in at the end of the day. And he comes to see how you done, you ain’t gonna look in his eyes. You gonna look at the floor. Because you don’t want to see that fear in his eyes when you jump up and grab his face, and slam him to the floor, and make him scream and cry for his life. So you look right at the floor, Jack. Pay attention to what I’m sayin’, motherfucker! And then he’s gonna look around the room, see how you done. And he’s gonna say, “Oh, you missed a little spot over there. Jeez, you didn’t get this one here. What about this little bitty spot?” And you’re gonna suck all that pain inside you, and you’re gonna clean that spot. And you’re gonna clean that spot. Until you get that shiny clean. And on Friday, you pick up your paycheck. And if you could do that, if you could do that, you could be president of Chase Manhattan… corporations! If you could do that.

I don’t know about being president of Chase Manhattan, but the scene gets to the trade-off for working people: they put themselves in what would otherwise be considered a humiliating situation in return for that gold, the paycheque, the means of providing for oneself and one’s family. With that trade-off, there’s nothing at all humiliating about having a job and working for “the man,” as they used to say. It’s how responsible people behave. It’s honourable.

But when the compact breaks down — when the paycheque isn’t enough to provide for a family, when there’s no job security, when the pension disappears — that’s when the humiliation and anger express themselves. It is, I would argue, a part of the Trump phenomenon south of the border — it is a large chunk of the electorate grabbing the political elites’ face, throwing it to the floor, and hearing it scream.

We are living in an era of imposed austerity, and McNeil has embraced it like no other politician before him in Nova Scotia. He attacks unions. He increases tuition. He slashes social spending.

And that is the context in which the Laurie Graham appointment comes.

Their views will undoubtedly be different from the views of highly paid academics and pundits who see criticism of the Graham appointment as sexist.

Relatedly, I’ve long said that journalists should not go into politics. It calls into question all their past work.

When I hear people say journalists have to take a job in politics because “they’ve got to feed their families” or whatever, I think of the stark reality of most working people. The factory workers who find their jobs exported to China. The fishing people suddenly left empty-handed when cod are gone. The middle managers downsized in the latest corporate merger. And so forth. We never talk about how they’ve got to feed their families and so they need a replacement job of equal or greater pay. No, they’re just expected to take whatever work they can find.

I can’t help but to see “journalists have to work in politics” as a sign of class privilege.

Dearly Beloved, We are gathered here today to join, by amalgamation, three of our five dear towns with our beloved municipality.

Will you, three towns, promise there will be no tax hikes, and reassure the county that you will not propose fracking, clear cutting and hazardous materials landfills of any sort?

In return, will you, Pictou County, promise never to complain about being a mere ‘branch plant’ type partner without services, such as banks, doctors and schools, for example?

Then on behalf of the Powers That Be, I hereby pronounce you – two-thirds of One Pictou County!

Executive Standing Committee (10am, City Hall) — everything on the agenda is in camera.

Police Commission (12:30, City Hall) — Commissioner Steve Craig wants to know what the cops actually do when they run a criminal record check for non-profits.

Accessibility Committee (4pm, City Hall) — no reports are attached to the agenda.

Districts 7 & 8 Planning Advisory Committee (4pm, City Hall) — staff is recommending that Mythos Development’s application for a seven-storey apartment building at North and Oxford Streets (where the the former St. Theresa Convent is) be rejected.

North West Community Council (6:30pm,  Acadia Hall, Sackville) — a couple of public hearings on what look to me to be minor issues along Sackville Road.

The Winnipeg Free Press has notified its employees that layoffs are imminent. 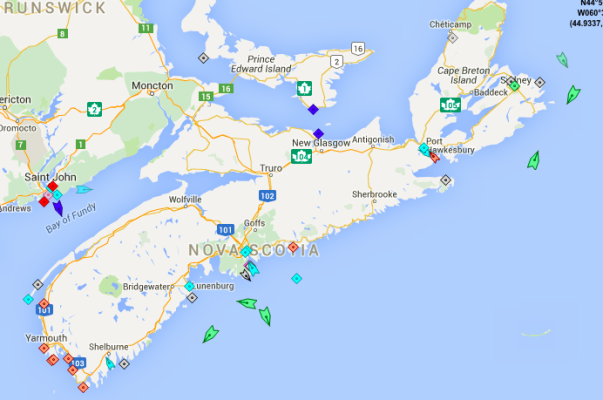 Every damn thing is a thing.