You are here: Home / Featured / “We’re all fundamentally casserole people”: Why Nova Scotia has fared so well through the pandemic

It’s been one year since the first cases of COVID-19 were announced in Nova Scotia, and a Halifax-based resilience researcher believes he has some insight into why the Maritimes fared so well overall.

“We’re all fundamentally casserole people, and I think that that’s the message, the takeaway from the last year, that we sort of proved it,” Michael Ungar said in a recent interview. 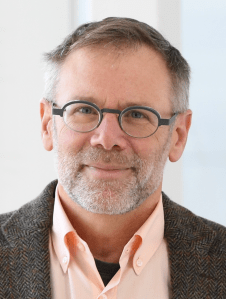 Ungar is founder and director of the Resilience Research Centre at Dalhousie University and the author of the book Change Your World: The Science of Resilience and the True Path to Success.

A family therapist, he’s recognized globally for his resilience research. Much of that work focuses on marginalized children and families.

“The way we think about resilience is people’s individual abilities to cope under stress, as well as whether or not [they have] the resilience of the world around them to give them the supports they need to cope,” he said.

“So it’s both about being personally rugged and well resourced.”

Ungar said over the last year, we’ve had what he described as a “piling on” of multiple stressors. These are things we’ve all become familiar with. The struggles of parents working from home, financial woes, health concerns, the inconvenience and uncertainty of shutdowns, and following important but disruptive public health protocols.

In addition to added stressors, we lost access to many of our coping strategies. Things like going to the gym, meeting friends at restaurants, house parties and big family gatherings to celebrate holidays.

“The research that is slowly emerging is definitely showing in general that people who are more vulnerable — so people who already had mental health challenges or were already maybe in more stressed environments — tend to be experiencing the pandemic much more harshly,” Ungar said.

In a Jan. 26 Psychology Today blog post, Ungar looked at UK statistics and examined whether mental health was “really getting worse” during the pandemic.

In the article, he noted that as bad as the mental health numbers sound, “they are not an entirely fair portrait of what’s really going on.” He continued:

First, the number of people reporting worse mental health is actually a surprisingly small percentage of the overall population in the UK (there is no reason to think the trends would be much different in the US or Canada).

Second, those who were already predisposed to mental health problems are the people being most affected by the lockdowns.

Ungar said for some people, life has actually improved as a result of the pandemic.

“So the kids who had parents who were dragging them around to 12 activities a week, you know, the ones who insist that the kid go to piano from 6:00 to 7:00. and then to volleyball practice from 8:30 to 9:30 and then get their homework done and then do their science project,” he said.

“That kind of pacing for some kids was just nutsy. And I think they’re [those kids] actually doing better.”

He also pointed to some employees used to long commutes who may have found themselves working from home in a far less stressful environment.

Contrast that with the person who lost their job in the restaurant industry, or the home care worker worried about bringing the virus home to an elderly grandmother living under the same roof.

“When we talk about resilience, we’re talking about our ability to be rugged and have positive thoughts and make the most of life and be motivated,” Ungar said.

“But it’s also about being resourced. It’s very different going to a meat packing plant…and the job demands you’re very close to each versus being a university professor who hasn’t been in my office for more than literally six minutes in a year.”

If you were able to break the data apart, Ungar believes you’d find definite patterns showing certain groups of people — racialized minorities, people who are more poor, people with mental pre-existing conditions — are finding this time “worse than before.”

“What I was trying to say in my Psychology Today blog was that our resilience is so tied up with the resources we have,” he said.

‘There’s a sense here of some bigger purpose’

Ungar points to Canada’s CERB benefit, something he believes was a good government strategy because it was a quick response that prevented long lineups at the food bank and “massive social disruption” that happened in other countries that didn’t have the same capacity.

We can debate whether it went on too long or if it went out to too many people, but the general thought of what it did was in a moment of crisis back in April last year, it cushioned the economic hardship on the most vulnerable in our society.

Our resilience was tied up in things like social programmes and social policies and whether or not everyone buys in and protects each other. That has a payback to our psychological resilience, because I feel a little bit safer and a little more control of my life and a lot more meaningful like the sacrifices I’ve made are actually amounting to something. There’s a sense here of some bigger purpose to us.

Ultimately, it’s that feeling that our sacrifices are part of a meaningful contribution to the welfare of our communities that made the Maritimes stand out. He said we need to understand that our individual resilience is actually intimately connected with the resilience of our communities. The more we look out for each other, the better off we all are.

“Your ability to withstand this thing is increased dramatically the more people who buy in and create the conditions around you, where they’re vaccinated and they’re not spreading the disease,” he said.

Ungar’s hope is that we embrace the positive changes we’ve made in the past year. Things like recognizing that working from home doesn’t result in a loss of productivity, that virtual appointments work better for many people for many reasons, and that we need to demand better for our most vulnerable citizens.

During an average week, Ungar works with people from around the world. He said whenever he’s asked how we’re doing in Nova Scotia, he tells them it’s the best place on Earth.

“I think sometimes here in the Maritimes we have to acknowledge that why that is is partly because we’re actually people who have a strong sense of the social contract to each other,” he said.

“What we saw here was a little bit of that strong sense of community cohesion that we know makes us more resilient as individuals. It was actually in evidence during this pandemic…That’s probably one of the reasons why we’re surviving and probably one of the best places on Earth right now to be weathering the pandemic.”