You are here: Home / Featured / We’ll soon be driving more again, so watch out for animals that have gotten used to car-free roads

As traffic ramps up after months of pandemic-related isolation that has kept many off the roads, drivers are urged to be aware of the increased risk for wildlife collisions.

“Because it’s been quieter, the species are very quickly adapted to behaving differently…(They) get out on the roads and cross the roads and more frequently use them, so they’ve changed their behavior,” Dalhousie University biodiversity and conservation professor Karen Beazley said in an interview on Monday.

“Our worry is they’ve started to get more onto the road or have less wariness about human presence and traffic on the roads. They may have gotten a little used to being out and about, and so if we pick up our presence and movements we would anticipate it might suddenly boomerang to a higher incidence of collision.” 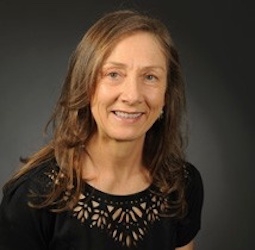 On Monday, the Watch for Wildlife initiative of the Sierra Club Canada Foundation issued a media release reminding drivers to be cautious as they begin making more frequent and lengthy trips.

The organization noted that wildlife will continue to cross roads as required by their ecological needs. Throughout the spring, many species are busy feeding, mating, and having offspring. Combining this with traffic patterns returning to pre-pandemic levels “creates a recipe for increasing wildlife vehicle collisions,” the Watch for Wildlife release notes.

“This is a very critical time. As people have been in their homes for the past few months, the roads have been largely seeing much less traffic than usual and so wildlife is kind of moving into spaces that it normally wouldn’t occupy,” Watch for Wildlife coordinator Allison Dean said in an interview.

“Now that people are going back out on the roads, it seems like a very critical moment to remind people that when you’re driving, there are wildlife that are going to be around and going to be crossing roads and that it’s important to protect your own safety as well as the safety of wildlife in the area.”

A driver involved in a wildlife collision resulting in damage that’s less than $1,000 isn’t required to report it, but Dean said it’s important to share that information with the Department of Natural Resources to ensure it becomes part of their data collection.

If the animal is alive, you’re urged to call your local wildlife rescue group to intervene and determine if the animal can be saved. If you encounter a carcass on the road or highway, drivers should call the Department of Transportation. Watch for Wildlife offers a number of tips on its website for drivers to learn more about preventing and responding to wildlife collisions.

Beazley said there are already anecdotal reports from researchers conducting long term roadway monitoring of both salamanders and turtles. They’re noticing that compared with previous years, far fewer of both species have ended up as roadkill.

She said it’s important drivers remain alert and prepared for wildlife for their own safety as well as that of the various species they may encounter. This means being aware of your speed, the road and sides of the roadway, and the traffic around you.

“Always be prepared to take safe action because you can’t be just swerving out into traffic to avoid an animal, but if you know there’s no traffic there and there’s no one behind you, there’s no one beside you, I can safely break, I can slow down and go around,” Beazley said.  “And don’t be tailgating someone else if they have to stop suddenly because an animal darted out.”

She also encourages drivers to honk their horns upon seeing an animal in the road. The lights scare and mesmerize them, making it far more likely that they’ll leap off the road in response.

“It’s a real danger for the human and usually deadly for the non-human,” Beazley said, adding it’s not just bigger creatures like darting deer that we should be looking out for.

There are porcupines that hunker down and put their quills up, while turtles and beavers are slow and deliberate.

“So just bear in mind there’s lots of animals out there that react differently,” she said.

It’s also very rare for animals to travel alone, Beazley advised. You’ll typically find two or three deer together, for example, or a duck and a bunch of ducklings.

Beazley is hopeful that our pandemic pause has made us reflect on the importance of our natural world and perhaps we’ll be more willing to change our behaviours and be more accommodating to the wildlife that share our world.

“When we plan our highways, we should think about where the wildlife movement patterns are,” she said. “We should build into it infrastructure that allows for safe wildlife passage so that they don’t have to cross the road…It could be as simple as making a culvert bigger.”

She also believes everyone would benefit if working from home becomes the norm. Fewer people commuting in vehicles and clogging up roadways as more people are cycling and walking is better for the health and wellbeing of people and wildlife.

“People have slowed down and maybe they’ve heard the birds and seen some things as the city’s been quieter. I’ve noticed a lot more birdsong and I saw a pileated woodpecker, various other things and so maybe others have as well. That might have enlarged their consciousness a bit,” Beazley said.

“Let’s think about how we want to change things in a way that’s more sustainable and just better for us as human beings because we grew up and evolved together with all these other species. It’s not us and them against each other.”