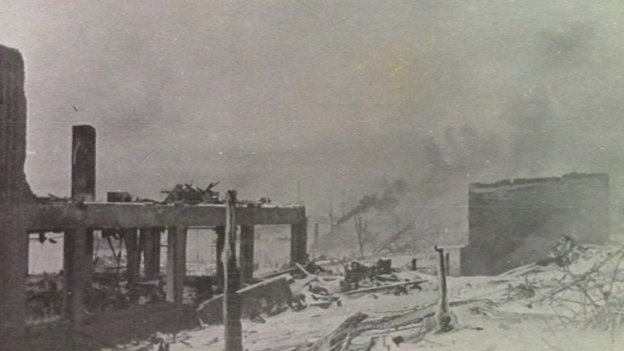 Never before publicized photos of the Halifax Explosion have emerged, reports the BBC. British sailor Victor Magnus, an “avid photographer,” was on watch when the Explosion occurred, and took a series of photos. His daughter has decided to make the photos public to commemorate the centennial of the start of World War 1. Included in the collection is a film of people digging through the rubble and carting bodies away.

At 1:50 p.m., police responded to a vehicle/pedestrian collision at the intersection of Cornwallis and Brunswick Streets. A 27-year-old woman crossing Brunswick Street in a marked crosswalk was hit by a pickup truck turning left from Cornwallis Street onto Brunswick Street. She suffered what are believed to be non-life threatening injuries and was transported to hospital by EHS.

The 45-year-old male driver was issued a summary offence ticket under section 125(1) of the Motor Vehicle Act for failing to yield to a pedestrian in a crosswalk. This ticket carries a fine of $693.95 and four points on a driver’s license upon conviction.

The Chronicle Herald is reporting that the woman suffered “head injuries” but doesn’t elaborate.

This happened just a few blocks from the Global TV studios, so one of the reporters was quickly at the scene and tweeted photos of the emergency response and such. This elicited some negative reaction on Twitter, people complaining that it was an invasion of the injured woman’s privacy. I’m of two minds on this.

I understand the completely empathetic response to protect an injured person from curious eyes. I recently came across a pedestrian who had been struck by a car and had what proved to be fatal injuries, and I didn’t take photos. I did, however, post a submitted photo the other night of emergency responders attending to an accident victim. The victim was not clearly identifiable, however.

Generally speaking, I’d fall on the completely subjective “safe” side of this equation, but what does it take to drive the danger of the situation home? When I was in high school drivers’ ed, they forced us to watch films of horrific accidents. That raises problems of a different sort, but I understand the flawed logic.

Former Halifax cop Dennis Kelsey has been found not guilty of sexual assault.

The Devour! Film Festival is “a success,” says the King County News:

WOLFVILLE – The official numbers won’t be in until next week, but Lia Rinaldo, managing director of the Devour Food Film Fest, said the interest and attendance at this year’s event are proof positive that people are “really into” Devour’s international celebration of cinema, food and wine culture.

During a Nov. 15 interview from festival central, the Al Whittle Theatre in Wolfville, Rinaldo reported box office receipts were more than double those of 2013.

“And those were way up from the year previous. It feels like we are riding the crest of a food wave,” she said.

Well, good luck. It seems like a good concept for a part of the province that is increasingly defining itself by wine and fine foods, and Devour! taps into that perfectly. I’ve never heard a bad word about the event.

But I wonder how this emerges as a self-sustaining enterprise, which I understand is the goal. In its first year, 2013, Devour! was underwritten with a $60,000 grant from ACOA. This year, that’s increased to $100,000.

Heck, maybe it’s worth it. I’d rather ACOA be funding stuff like this, in perpetuity, than funding the war criminals at the Halifax Security Forum. But somehow I don’t think that’s the prevailing logic of the Harper government.

Halifax Transit’s interface with Google Transit went kaput this week, which should surprise no one, as the transit agency hasn’t been able to get a working GoTime system in place for something like eight years now. My Transit 360 app is working just fine. 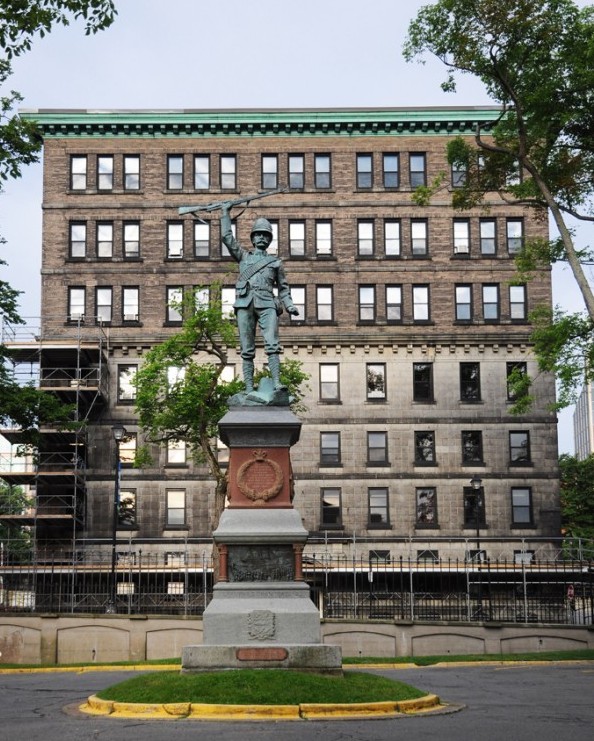 Matthew Halliday has a piece in Spacing about the Dennis building, the 1863 building the province wants to tear down. Halliday is a fan of façadism, saving the outside skin of the building and wrapping it around a new shiny glass tower.

Stephen Archibald remembers how the market started, and how it evolved.

The city wants to buy 20 pairs of hockey skates and 40 pairs of figure skates.

Halifax Water is embarking on a complete refurbishment of the Mill Cove Pumping Station. “The station is over 40 years old and many of the components date back to the original installation,” reads a tender offer. “Electrical and mechanical systems at the station have reached the end of their useful life and require replacement.”

Public Accounts (9am, Province House)—Deputy Minister Paul LaFleche will testify about tenders for roads and bridges.

STI screening (Wednesday, 10am–3:30pm, Room 224, Student Union Building)—”A group of students from the health promotion class HPRO:3335 Introduction to Disease Prevention will be hosting a free chlamydia and gonorrhea screening clinic. Due to screening techniques this clinic is only open to women who are attending or who are employed by Dalhousie University – please bring your official health card or if you are an international student please bring your Dalcard.”

Film screening: Big Sur (Wednesday, 8pm, Dalhousie Art Gallery)—Michael Polish’s 2013 film “tracks Kerouac’s retreat to a cabin near the California Shore near the end of the Beat era, with music by members of The National.”

Rumours (Thursday, 2:30pm, Room 319, Chase Building)—Abbas Mehrabian, a mathematician from the University of Waterloo, will talk on “Bounds for randomized rumour spreading protocols.” His abstract:

Consider a social network modelled as a graph, with people and friendships represented by vertices and edges, respectively. Suppose that a person knows a piece of information, and as time passes, talks to other people and spreads it. How long it takes until everyone knows the rumour? The answer, which we call the “spread time”, certainly depends on the
graph’s structure and how the rumour spreads.

Adaptation (Thursday, 3:30, Fifth Floor Lounge in the Biology wing of the Life Sciences Centre)—Rowan Barrett, from McGill University, will talk on “The experimental genomics of adaptation.”

Eukaryotes (Thursday, 4pm, Theatre D, CRC Building)—T. Martin Embley, from the Institute for Cell and Molecular Biosciences at the University of Newcastle upon Tyne, will lecture on “Investigating the Origins of Eukaryotes: An Evolving Synthesis.” I may actually go to this.

Climate Change, Oil Sands and Marine Navigation (Thursday, 7pm, Ondaatje Auditorium, McCain Building)—Julie Gelfand, who is the Commissioner for the Environment and Sustainable Development, will be speaking: 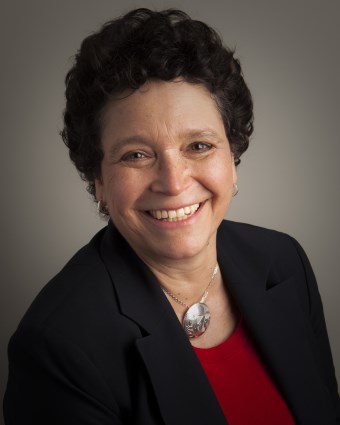 Under the auspices of the Office of the Auditor General, the job of the Commissioner of the Environment and Sustainable Development (CESD) is to provide “parliamentarians with objective, independent analysis and recommendations on the federal government’s efforts to protect the environment and foster sustainable development.

Julie Gelfand, Canada’s new environment commissioner, has ties to both environmental advocacy and industry. In the 1990s and early 2000s, Gelfand was a staunch advocate for environmental legislation. As Executive Director of the Canadian Nature Association and founding member of Mining Watch Canada, she spoke out on issues of biodiversity, the future of national parks, and endangered species legislation. In 2008, Ms. Gelfand was appointed as VP of Sustainable Development for the Mining Association of Canada and later as the VP of Social Responsibility and Environment for Rio Tinto Alcan where her job was to find “that spot where those three areas, the social, the economic, and the environmental meet, that’s when you can say that we’re working toward sustainable development.”

This sounds like an important event, worth attending. I wonder, tho, how it is we’ve all adopted the oil industry’s PR phrase “oil sands” to refer to the tar sands. As with naming arenas after banks, I’ll start calling the tar sands something else when someone starts giving cold cash to do so. Until then, tar sands it is. 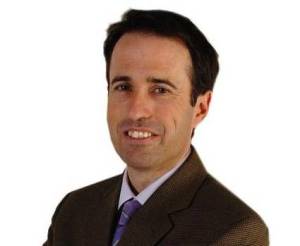 Brahmin Sannyasi (Thursday, 7pm, King’s Theatrical Society Lecture Hall in the New Academic Building)—Christopher Austin will talk on “The Brahmin Sannyasi and the Role of Renunciation in Orthodox Hindu Philosophy”:

Shankaracharya and Ramanuja, perhaps the two most famous philosophers of the Hindu tradition, were both sannyasis or renunciants. While the tradition of samnyasa or renunciation in South Asia is perhaps most famously exemplified by the so-called nastika or “heterodox” Buddhist and Jain traditions of monasticism, it is also fundamental to the “orthodox” scholastic traditions of Hindu philosophy. What exactly is samnyasa, and what does it mean to be an orthodox renunciant? This lecture will focus on the phenomenon of renunciation in South Asia, emphasizing particularly its importance for such brahminical philosophical movements as the Vedanta system. 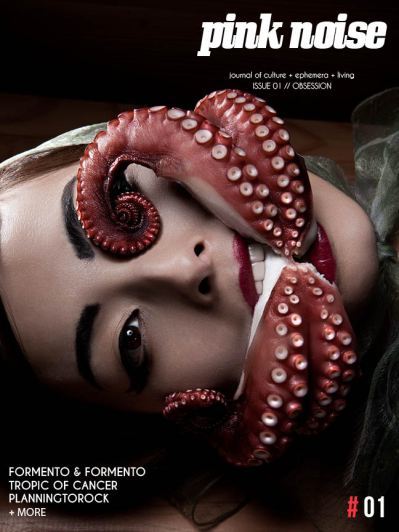 PINK NOISE is a quarterly magazine of fashion, lifestyle and culture, combining irreverent commentary and a healthy dose of guilty pleasures.  PINK NOISE focuses on the wide-ranging topics covered by traditional women’s magazines and home journals, including sexuality, fashion, arts & culture, health and lifestyle—often dismissively referred to as “pink topics”  by those in the hard news industry. We’re your smart, sex positive antidote to the traditional home journal, serving you highbrow with lowbrow (and discourse about eyebrows).

Let me tell you, starting a publication takes an incredible amount of time, money, energy and plain pigheadedness. Starting a print publication of this breadth is simply a gargantuan task. I wish her all the best. 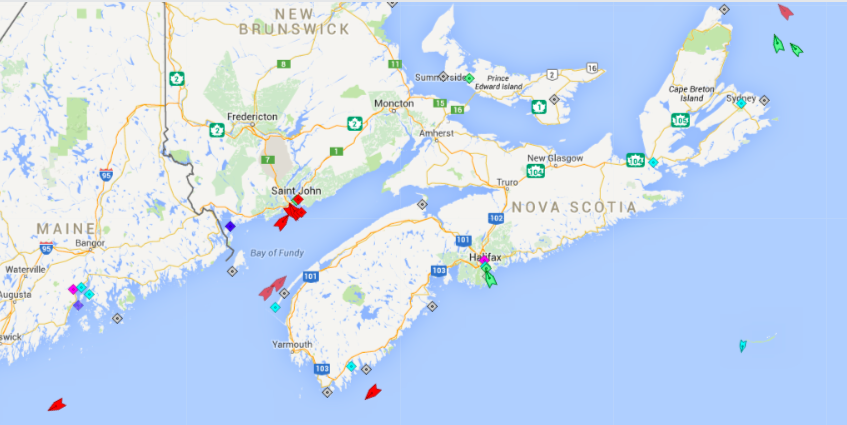 The seas around Nova Scotia, 6am Wednesday. Shipping continues to be dominated by oil tankers (depicted in red) servicing the Irving refinery in Saint John. There is one tanker at the refinery itself, four at anchor in the Saint John Harbour, two in the Bay of Fundy heading to Saint John, one (the Acadian) passing Shelburne en route to Saint John, and another (the Cape Beale) on its way to Portsmouth from Saint John.