To no one’s surprise, the Liberals’ bill merging health authorities and reducing the number of nurses’ union bargaining units to four has passed, on a vote of 42-5. The PCs supported it, and the NDP opposed it.

I walked by Province House yesterday as the bill was being voted on, only to find that the public gallery had been closed. This is a horrible practice.

Having been charged with human trafficking and sexual assault, Sackville lawyer Duane Rhyno has had his law licence suspended.

Mayor Mike Savage sits in his bathtub, stares at his navel, and mumbles, “stadium, stadium.” The rest of us get on with our lives. 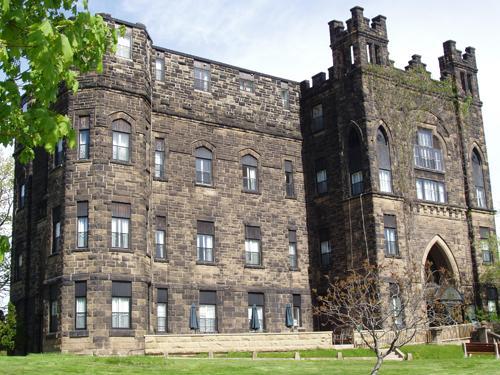 The Moncton Castle has been bought by a BC developer, which is neither here nor there, but I found this part interesting:

Also helping with the building’s restoration is the City of Moncton, which has established improved infrastructure like water and sewage.

The more I read about Moncton and New Brunswick, the more I think they’re even worse than Halifax and Nova Scotia in terms of giving free government services to rich people.

Lobster catches decline near fish farms. That’s the finding of a paper published by Ron Loucks and Ruth Smith, of RH Loucks Oceanology Ltd. in Halifax, and independent researcher Brian Fisher. “Interactions between finfish aquaculture and lobster catches in a sheltered bay” was published in Marine Pollution Bulletin, a publication of Elsevier, the scientific journal publisher. Read the paper here.

We lost most of our cod fishery years ago. I somehow missed this earlier this summer, but the depressing news is that the Gulf of Maine cod fishery is also collapsing. 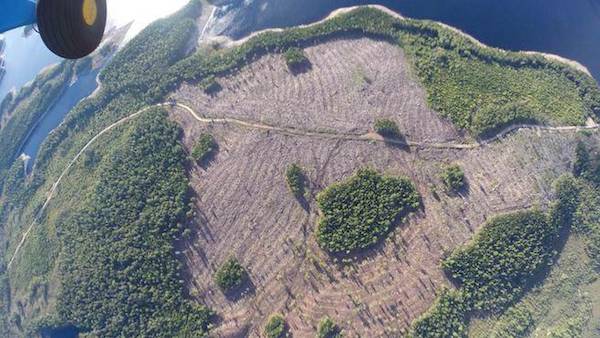 Logging in Nova Scotia is poorly regulated, says the Ecology Action Centre’s Jamie Simpson in an op-ed published by the Chronicle Herald:

In practice, unfortunately, the Western Crown Lands Plan did not seem to have advanced forestry practices after all. Staff with the Ecology Action Centre (EAC) recently visited one of the designated and mapped “environmentally sensitive areas.”

It was, until a few weeks ago, a stand of natural forest with important wildlife habitat. It boasted mature red spruce and hardwood trees some 120 years in age — a forest type that was once common but is now exceptionally rare due to clearcutting.

On their recent visit, however, the EAC found that this so-called environmentally sensitive area had been clearcut.

Ralph Surrette gets points for using the word “envenom.”

If you haven’t read it already, you should take a look at the Rolling Stone article “Inside the Koch Brothers’ Toxic Empire.” It tells us a lot about what’s wrong with the US. Not that Canada is immune to this. Increasingly, I think of this country as controlled by an oiligarchy, with a controlled press that bows down before the fossil fuel extraction industry and a populace that, like families trying to survive in a neighbourhood controlled by the mob, sees no other solution than to join the criminal enterprise. 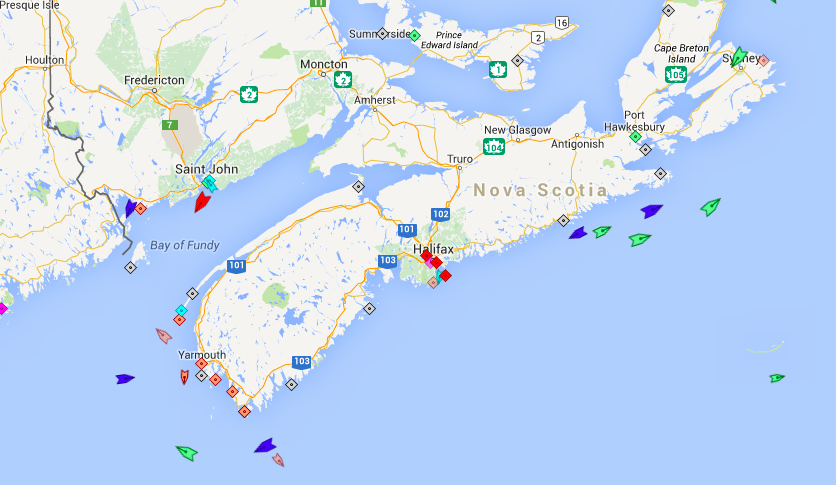 Ships near Nova Scotia this morning at 6:45am. Map: marinetraffic.com

Morning File takes Sundays off, so see you Monday.