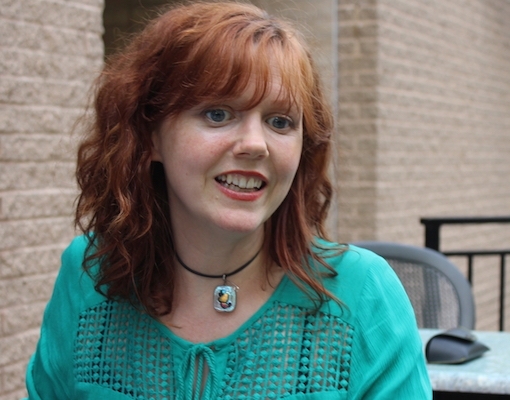 Tempa Hull was the Examiner’s first employee, and did a wonderful job setting up an administrative and bookkeeping system and then training her replacement before taking a job with the province. She writes:

When Tim asked if I would share my thoughts on why readers should subscribe to the Halifax Examiner, I told him, “Only if you promise to keep being a cranky old geezer.” (And now we know his answer.)

Aside from the fact that readers are spared the onslaught of annoying pop-up video and printed commercials, embedded ads, and links to articles about botched plastic surgeries of various celebrities, The Halifax Examiner is a true labour of love — for critical journalism and in-depth investigative reporting.

Unlike most mainstream sources, the Halifax Examiner strives to include news that doesn’t generally make “the news,” including the Dead Wrong series; comprehensive articles about the environment, transportation, the courts, municipal matters, and science and research; former Poet Laureate El Jones’s Saturday Morning File; and the Examineradio radio show and podcast.

But leave all that aside. My favourite reasons for subscribing to the Halifax Examiner is that its founder, Tim Bousquet, is passionately committed to living wages and to the support and success of the journalists, producers, and administrative staff who help contribute to its content.

“If only everyone were paid less, we’d all be rich,” jokes Tim, skewering  the logic of austerity adopted by Nova Scotia’s union-busting government. That satirical signature phrase has made many an appearance on the Examiner — so much that some have suggested it be included on the swag.

Readers can rest assured that Tim practices what he preaches.

All of this takes money. I’m sure some businesses would be happy to help support the Halifax Examiner in exchange for advertising. And these are good businesses — ones that Tim and his staff frequent and want to thrive. But his main concern has to do with the nature of the business he is in.

It’s not just because he knows that plastering his site with ads is annoying for readers: it’s also because he doesn’t want to risk compromising the journalistic integrity of the Examiner itself. And the surest way to prevent this from happening is to avoid the risk from the onset, and simply refuse to accept advertising dollars. 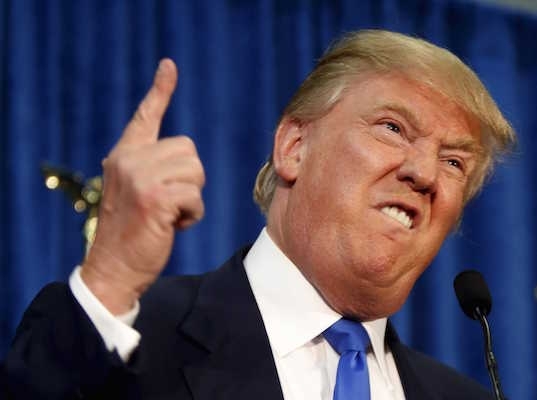 My home country has unleashed the forces of ignorance, intolerance, and resentment, and there’s no telling where this will end.

I fear most immediately for minorities, and especially for Muslims, as many people will now feel they have licence to openly express their hatred violently.

With a Supreme Court justice nominated by Trump and quickly approved by a Republican majority in the Senate, the right to reproductive choice will almost certainly be overturned.

I don’t know which I fear more: a Trump administration that is incapable of governance, or one that can make it work. Either way, a Trump administration will be a kleptocracy; we can expect those with no self-restraint or regard for the public good to rise to positions of power. Matters of foreign policy, environmental stewardship, civil liberties, and economic security will take a back seat to the pursuit of private wealth.

Yes, politics has always been a cynical game, and the powerful are often in it primarily for themselves. And yes, know-nothingism, nativism, anti-intellectualism, and racism have always been a part of American culture. I grew up in the American south and I worked as a reporter in the buckle of the Bible Belt, so I know that culture well. But this is something new. Never in my lifetime have those forces of darkness been triumphant on a national scale. Even the pretence of decency has been brushed aside.

Many things happened last night. One thing that happened is that white southerners finally won the Civil War they had never stopped fighting. Another is that a new thread of fascism has emerged. Many other things happened as well, and they combine such that we’re now living in the dystopian future of our nightmares.

Some will immediately play a blame game. The Democratic National Committee is at fault. Hilary Clinton. People who voted for third parties. Neoliberalism. A failed press. Globalization. The failure of elites.

There is no end to the narratives that can be built, and there will be truth in many of them. But it’s hard to get excited about any one explanatory theory when the reality is staring us in the face.

Today is a day for mourning, and the pain of the next few years will at times be unbearable. But somehow we’ll need to carry on. In the face of the horrible new reality, we need now more than ever to help build a decent world.

It’s time to get to work. 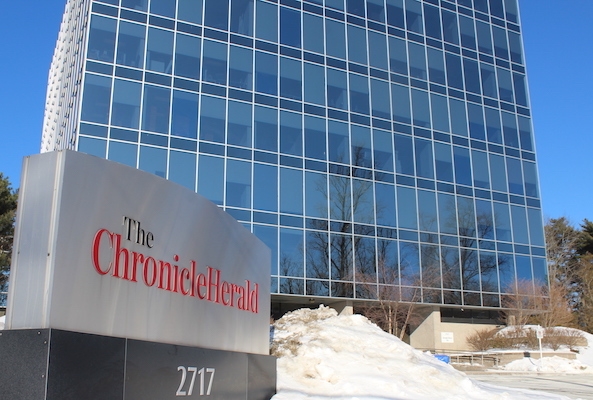 Effective December 1, the Chronicle Herald is raising its basic subscription rate 15 per cent, from $27.30 to $31.39 a month. The reason? In a letter to subscribers, Jim LaPierre, the paper’s director of distribution and logistics, writes:

From newsprint to delivery, the costs to create and deliver the quality content of the Chronicle Herald continue to rise. We have taken internal measures to mitigate having to pass along extra costs to our subscribers. However, we have determined a price increase is necessary at this time.

Wait… I thought getting rid of those high-cost reporters and bringing in low-paid scabs was going to solve the financial problems at the Herald? And isn’t it telling that Herald president Mark Lever doesn’t have the spine to personally tell his customers about the price increase but instead gets a functionary to do the ugly work? 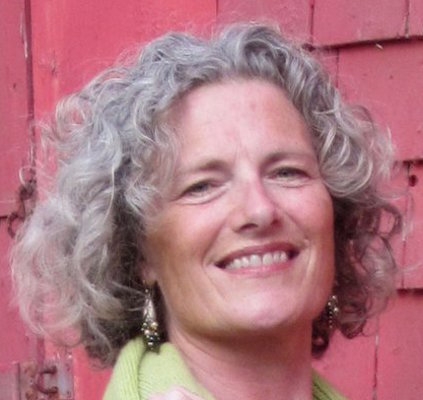 Meanwhile, Heather Dennis, sister of Herald owner Sarah Dennis, weighs in on the labour dispute in an Examiner op-ed. She writes:

The failure of the company and the union to find a workable solution is emblematic of the changing of the guard at the paper. There’s a stark contrast between the humanistic value system of my father Graham Dennis, who guided the Chronicle Herald for almost 60 years as publisher, and the new management team led by Mark Lever, who took over five years ago.

Click here to read all of “Destroying my father’s legacy.”

I was up late last night and there’s a ton to do today, so I’ll cut the news portion of Morning File short today. Full newsy blatherings continue tomorrow. 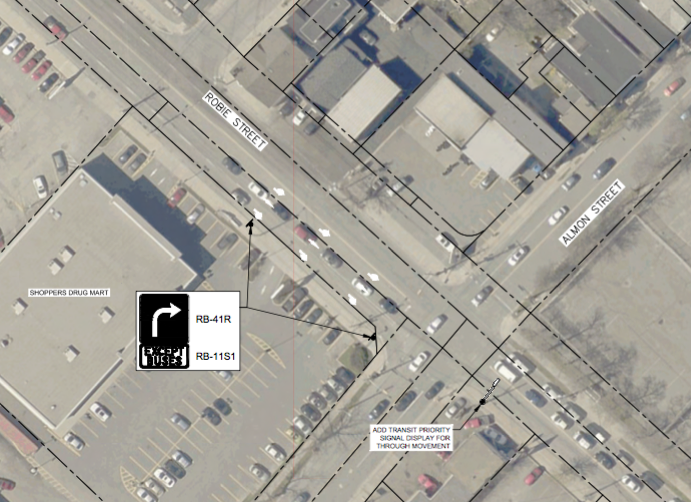 If our new councillors want to do something simple and immediate to make buses run faster in this city, they could ask city staff to accelerate the plan for TPMs. No debate necessary. Just take everything that’s already planned, and make it happen this year, instead of 2020 or 2021. 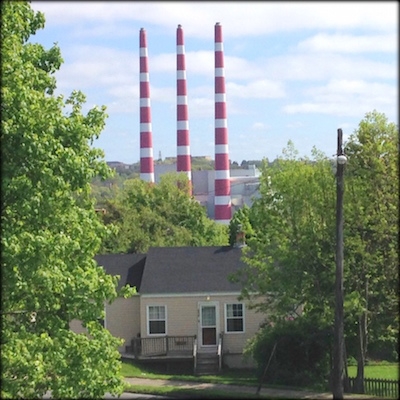 Stephen Archibald walks around the Hydrostone and nearby neighbourhoods that are the legacy of the Explosion. He writes:

As my ramble continued I realized that I was walking through housing projects that were shaped by other periods of upheaval and turmoil. Towards the harbour I entered the district of workers’ prefab houses that were thrown up quickly during World War II. Workers were needed to support the War effort and land in the North End was vacant or had not been reoccupied after the Explosion, so it could be quickly filled with these distinctive little homes.

Here is one of the prefabs with the huge power plant on the Dartmouth side feeling very close. It reminds us that the harbour was once rimmed with industries.

I’m writing this letter trembling with anger, moments after seeing a female passenger in a smallish silver four-door sedan stop outside my home and throw garbage in three ditches in Northside East Bay near the Gillis Lake Road intersection.

It’s absolutely astounding to me why she would expend the effort to stop on the shoulder three separate times within a quarter of a kilometer and get out, wait for vehicles to pass, and empty her car of KFC and McDonalds bags and food containers directly in front of residential homes.

Shame on you, whomever you are. It would’ve taken a lot less effort to take it home and properly dispose of it. This was a local Cape Bretoner, not a tourist or visitor to our area.

If any readers know someone like this who blatantly disrespects the planet and community they drive through daily, please make them uncomfortable. Speak up and say out loud, “Shame on you, you lazy bugger! Take your trash home and show some respect! Someone is always watching!”

Regional Watersheds Advisory Board (5pm, Alderney Public Library) — just an orientation meeting for the new members of the board.

Information Session: Volunteering for Boards and Committees (7pm, City Hall) — folks who want to contribute should show up.

Public Accounts (9am, Province House) — all about Sustainable Transportation Programs.

Innovation! (8am, Weatherwatch Room, 5th Floor, Dixon Building, VG) — Marianne Stanford, VP Research at Immunovaccine Inc., will speak on “Innovation Rounds: Adventures in Biotechnology: The Progression of DepoVax™ from Idea to the Clinic.” Bring your own pompom. 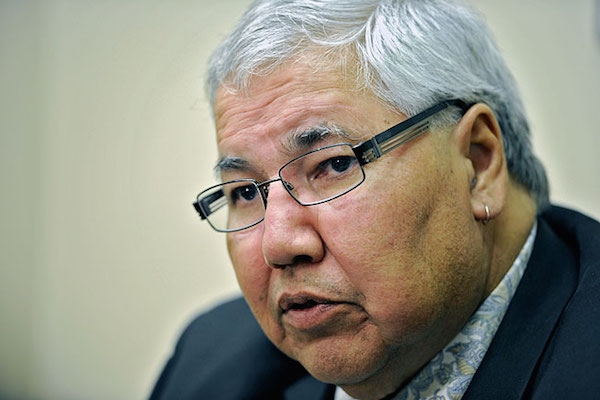 We’re recording Examineradio today, and then I’ll be on The Sheldon MacLeod Show, News 95.7, at 2pm, I think with Lezlie Lowe. I have no idea where I’ll find the energy or motivation.