You are here: Home / Commentary / We need to stop incarcerating pregnant people 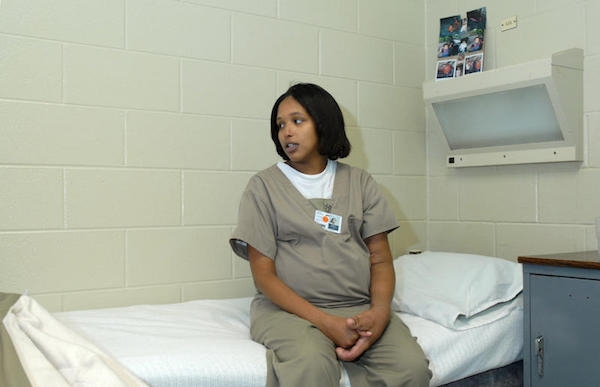 How many infant deaths, stillbirths and untreated miscarriages will incarcerated people have to experience before we recognize prison is an unacceptable place for pregnant people and end the practice entirely?

Yesterday, the BBC reported a baby was born and died at Bronzefield, Europe’s largest prison for women, located in Ashford, England. Exactly a month ago we learned Diana Sanchez gave birth alone in a Denver, Colorado jail cell after labouring unattended for six hours.

I began working as an advocate and researcher in reproductive justice for incarcerated women in 2012, when I first heard about Julie Bilotta, a young woman who gave birth alone to a baby boy at the Ottawa Carleton Detention Centre. I had already started discussions with the local jail about providing clearance to volunteer doulas when we learned Julie’s baby, Gionni Garlow, had died.

In the seven years since, there have been steady reports of unconscionable harm of incarcerated pregnant people in Canada, the United States, and in Australia, in countries so wealthy it is unfathomable how such neglect could be possible.

In response to the death at Bronzefield, some supporters of prisoners say “this is a powerful reminder of the need for us to all ensure that pregnant and postnatal women have access to high-quality physical and mental healthcare in custody.”

But have we not yet learned that it is impossible to provide such assurances? Prisons are inherently isolated and isolating. It is not just that prisoners are so dehumanized through the criminal justice system that their cries for help are not answered, it’s that even when they are, clinical care is simply not close enough, not comprehensive enough, and not enough at all to ensure their wellbeing.

In relation to these horrifying cases, people often refer to how the vast majority of women are incarcerated for non-violent offences, as if that is the strongest argument for why their ill-treatment is unfair.

Or people note, correctly, that most incarcerated people in Canada are in pretrial custody, and currently presumed innocent despite being inside.

Or they cite the rates of sexual and physical trauma incarcerated women have endured, usually starting as children.

These are all true facts and I too refer to them daily. But these are not why we should not incarcerate pregnant people. Women prisoners are not deserving of humanity for somehow skirting our expectations of criminality. We should not incarcerate pregnant people because a just society does not deliberately harm and abuse pregnant people and their future children. Prisoners’ human rights to security of the person, to protection from torture, and to freedom from gender discrimination do not stop at the prison gates, yet we have ample evidence that these rights cannot be upheld in prison contexts.

Almost 30 years ago, the Corrections Service of Canada published Creating Choices, a remarkably progressive document that recognized the corrections system’s failures and called for significant change. This change has not come.

Instead, we have seen women’s imprisonment multiply. Ever-increasing populations of incarcerated women and transgender individuals clearly correlates with an ever-increasing risk of harm to reproductive wellbeing.

We have to stop thinking we are going to achieve adequate health care for incarcerated pregnant people.

This is especially true in Canada. Our country is geographically enormous. Our prisons are rural and dispersed. Incarcerated women are tiny populations, often located in a small separate unit within large men’s jails. Prison health services are understaffed and overwhelmed by the needs of populations with incomparably complex health histories including trauma, substance use disorders, mental illness, infectious disease and chronic pain. In this context adequate pregnancy care is impossible. The registered nurse who was disciplined for failing to call for help for Julie Bilotta did not know the signs of labour and was reportedly caring for 200 prisoners by herself.

To turn the tide, police can recognize the potential harm of placing pregnant people in their custody and choose to release them on their own recognisance. Reasonable bail can be used in lieu of pretrial custody. Defence counsel must raise issues of maternal health and family caregiving responsibilities in bail hearings and sentencing.

A recent analysis of published sentencing decisions in Canada in 2016 found not one referred to the Best Interests of the Child or the Bangkok Rules, United Nation rules for the treatment of women prisoners, which recommend imprisonment of women as a last resort.

Health care providers in prisons and everywhere need to recognize reproductive health concerns are universal, ageless and occur in any setting- the emergency department, the oncology ward, and psychiatry, for instance. We must all be comfortable with basics and aware of our limitations, and place patient comfort, safety and rights above all.