You are here: Home / Featured / Wait a minute… you clowns are on dope! Morning File, Thursday, October 6, 2016 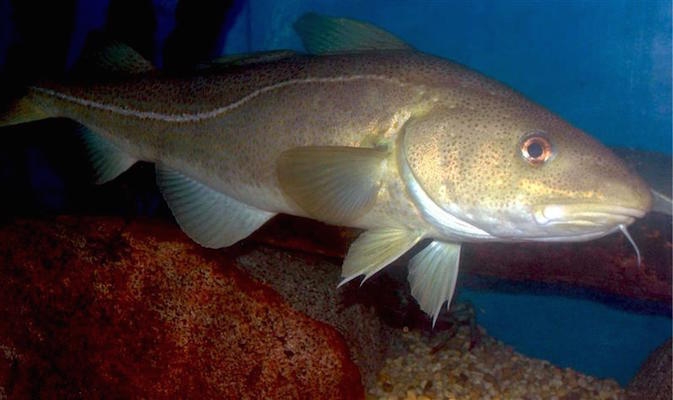 “A new federal audit report warns another fish species collapse could happen again under the watch of Canada’s Department of Fisheries and Oceans,” reports Paul Withers for the CBC:

“From my perspective, we are still at risk of having another stock potentially go into collapse, similar to what happened to the [Northern] cod,” said Julie Gelfand, federal commissioner of the environment and sustainable development, who released the audit this week.

Working on behalf of the federal auditor general, the commissioner looked at the management of wild fisheries in Canada between 2013 and 2016 and concluded DFO lacked the key information it needed to manage major fish stocks.

Among the findings:
• Of 15 depleted stocks deemed “critical” because continued fishing poses a threat, the audit found only three had required rebuilding plans.
• Of the 154 major stocks, 44 were missing required integrated fish management plans, or those plans were out of date.
• The department failed to carry out planned scientific surveys due in part to mechanical problems on board coast guard vessels.
• There are “systemic” problems with fishery observer programs — a vital source of information on catches at sea. 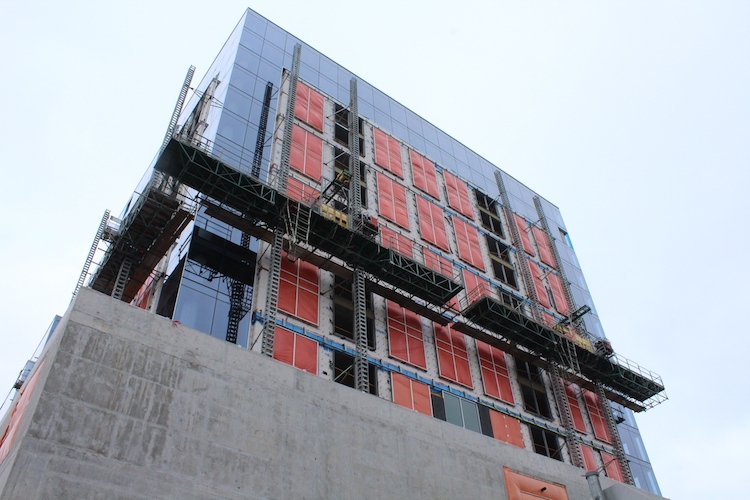 Hey, newsrooms are stretched. There’s no such thing as a paper of record anymore — that is, a newspaper that even attempts to cover every local story. Necessarily, editors have to be selective about what they cover and which stories reporters are assigned to. Things will fall through the cracks, for sure.

Still and all, it’s kind of astonishing that many local news outlets have completely avoided the convention centre opening delay story. The convention centre proposal, the debate around it, the funding announcements, and the start of construction were all big stories, with hours of air time and barrels of ink devoted to them, so why now the sudden silence?

I first reported the delay Tuesday morning. Metro followed up later that day, and allnovascotia and a Chronicle Herald scab had reports. But CBC, CTV, Global, and Local Xpress have all ignored it.

Note, 4pm: allnovascotia reporter Geoff Bird tells me he wrote and published an article on the delay at 11pm Monday. allnovascotia doesn’t allow other reporters, including myself, to access its site, I had no knowledge of this. I was told Wednesday that ANS had an article, but wasn’t told when it was published. No offence intended towards Bird, who I lumped in with a scab.

In his Chronicle Herald column, Roger Taylor was chief cheerleader for the Nova Centre. His gushing praise for developer Joe Ramia was so over-the-top that I jokingly said Taylor was Ramia’s unpaid PR person. Taylor gave such uncritical analysis as this:

It is estimated that even during the least amount of activity at the centre, about 3,000 people will be working, living in or visiting the complex.

Add to that the prospect of conventions coming to the new convention centre, which is part of the Nova Centre complex, and it has been estimated that 7,000 to 8,000 people will be brought to the downtown.

Immediately, even for those who are most critical of the project, it becomes clear that Nova Centre will play a major role in the redevelopment of downtown Halifax, once the centre is completed in late 2015.

In a particularly sanctimonious screed, Taylor told the Heritage Trust that dropping its suit against Ramia was the right thing to do:

Now, potential Nova Centre tenants who may have been frightened off by the court challenge will be confident they will be able to move into leased space in the massive project on time and won’t be drawn into legal proceedings.

One more thing this mutual disarmament agreement may have accomplished: it may have cleared the air for future development projects in Halifax.

Most people see the importance of recognizing the historical significance of buildings and lands in the city’s development approval process, but to have the battle continue unabated, even after construction starts, runs counter to the benefit of taxpayers.

When the first delay in the convention centre was announced in 2014, here’s how Taylor spun it:

Now walking the picket line, Taylor is occasionally contributing to the Local Xpress. He hasn’t written anything since July, however, and nary a peep about the latest delay in the convention centre.

Police have identified the human remains discovered by a hunter in the Spider Lake area last Saturday evening.

After an investigation was conducted by the Nova Scotia Medical Examiner’s Office and the RCMP Forensic Identification Section, the remains were confirmed to be that of 50-year-old Cordell Stephen Weare of Dartmouth.

Mr. Weare was reported as missing to Halifax Regional Police after having left his home in Dartmouth on November 24, 2013. Police do not suspect foul play.

Cordell Weare’s family told police he was upset and left his Montebello Drive home around 8 a.m. without any money, identification or his cell phone.

While it solves the Cordell Weare mystery, the discovery doesn’t shed light on the Marty Leger mystery. As I wrote Monday:

Leger went missing in 2014; his car was found near the Spider Lake Trail trailhead, and he was last seen heading into the trail. A massive search-and-rescue effort consisting of hundreds of searchers aided by helicopters combed the woods and trawled the lake for over a week looking for Leger, to no success.

The woods adjacent to the Spider Lake Trail are still littered with trees felled by Hurricane Juan, the mess so thick that it’s impossible to carry much less ride a bike through it, so I’ve long thought Leger must have left the main trail — possibly to ride on one of the many trails along the pipeline road.

“A resolution that would have removed a pro-Israel campaign from a Halifax Pride event was defeated by a majority vote at the organization’s annual general meeting,” reports the Canadian Press:

The motion, which was brought forward Wednesday by the group Queer Arabs of Halifax, was rejected by a vote of 210 to 106 with five abstentions.

The group says the “Size doesn’t matter” campaign materials, that were part of a booth hosted by the Atlantic Jewish Council at the Halifax Pride Society’s community fair, is not acceptable amidst international condemnations against Israel’s treatment of Palestinians.

Examiner contributor El Jones attended the meeting and will have a report later today.

“On Tuesday, Halifax Regional Police responded to Halifax West High School after a photo posted on social media appeared to show a clown standing on a sidewalk outside the school,” reports CTV, which had extra reporters lying around to cover non-stories about clowns because they didn’t have reporters assigned to cover, say, the convention centre delay story:

The photo was posted to an Instagram account called Halifax Clowns, whose biography states: “We stalking you so keep your eyes open. We ain’t killing we just creeping.”

Kids, this has all been done before. 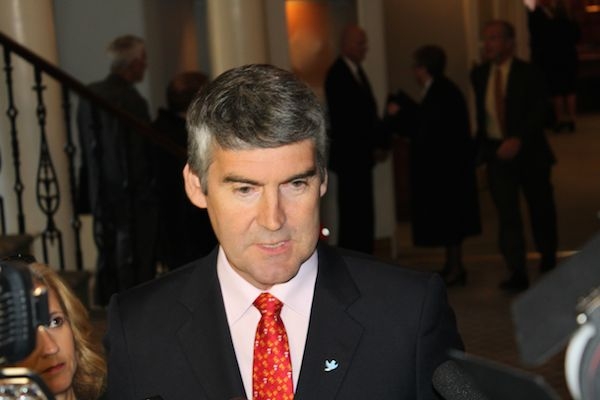 “Nova Scotia Premier Stephen McNeil got it wrong when he said Nova Scotians would ‘pay twice’ under Prime Minister Justin Trudeau’s carbon tax,” writes Bill Turpin. “Actually, many of them will GET PAID TWICE unless McNeil tries a cash-grab”:

[T]he carbon tax revenues will not leave the N.S. economy. The feds will remit the funds back to the province. That’s where the real danger lies: instead of using it to lower provincial income tax, as B.C. does, our government could well use it to reward the province’s high rollers with projects like football stadiums or, say, a massive convention centre for Yarmouth or New Waterford.

On the other hand, if the province in fact lowered its income tax, regular folks would get a tax break and, if they actually reduced their carbon footprints, they would save money on gasoline and electricity.

In other words, they would get PAID twice: tax-break + energy savings = paid twice.

Turpin calculates that five years out, when the tax is levied at just $50/tonne, Nova Scotians will pay about $338 million in total. We’ve got about a million residents, so were the money simply returned to residents on a per capita basis, that’d be a cheque to each of us for $338, or less than a dollar a day.

This is not an economy destroyer.

This is a note for all those who don’t get the message while driving using a cellphone for talking or texting.

While travelling on Highway 105 near Whycocomagh on Sept. 3, we encountered a car travelling east on the wrong side of the highway at a high rate of speed.

It was only through the quick response of my dear friend who was driving that we avoided severe injury or death. We have no proof but we wondered whether using a cellphone was the reason for the driver in the wrong lane to make such a potentially fatal error.

I have a lifetime memory of people who drive irresponsibly as I have the scars and pain for life. It’s impossible to catch all those who break the rules but those irresponsible people who do should pay the price and do the time.

Appeals Standing Committee (10am, City Hall) — George Tsimiklis is appealing the stop work order issued for 825/827 Young Avenue. The “work” that was ordered stopped is the demolition of the building. We’ll report on this later today.

Environment & Sustainability (1pm, City Hall) — the committee will hear from Jeff Knapp and Jamie Hannam from the Water Commission, who will be discussing the potential for a Cogswell District Energy System.

In this talk I’m going to give a brief introduction to the amenability and weak amenability theory of Banach algebras. Then I will present my own results concerning weak amenability of a weighted group algebra L^1(G,\omega) on a locally compact group G.

In case if G is Abelian, weak amenability of L^1(G,\omega) has been fully characterized by N. Gronbaek and Y. Zhang. I will provide examples showing that the characterization they obtained doesn’t work even for discrete non-commutative groups G. I will also present a number of results on weak amenability of l^1(F_2,\omega).

Plastic (7pm, Ondatjee Hall, McCain Building) — Jenna Jambeck, from the  University of Georgia, will speak on “Plastic in Our Oceans — Can We Come Together to Solve this Global Problem?” Chris Lambie interviewed Jambeck for Local Xpress. 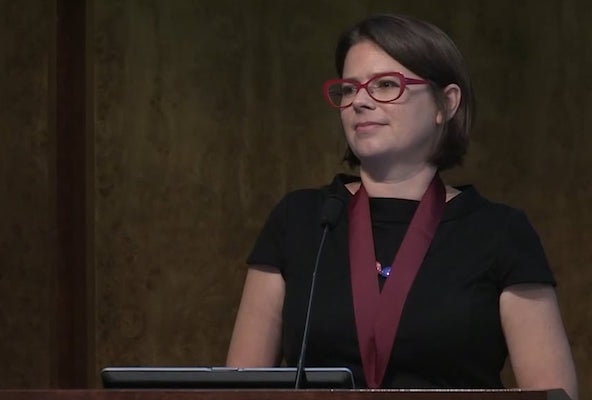 How to betray your Android (7pm, the theatre named for a bank) — Adrienne Martin, from Claremont McKenna College in California, will speak on “How to Betray Your Android: Relationship Ethics and Personal Investment.” Moral philosophers tend to focus on rights and duties, but this ignores other morally significant phenomena such as our vulnerability to disappointment or betrayal because of our personal investment in others. Martin explores how public debates over important ethical issues would be improved by broadening the discourse to consider personal investment. 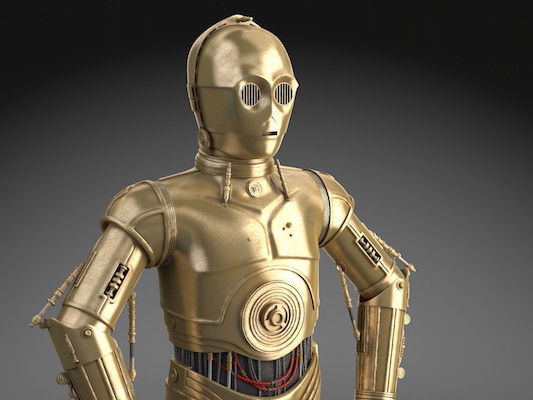 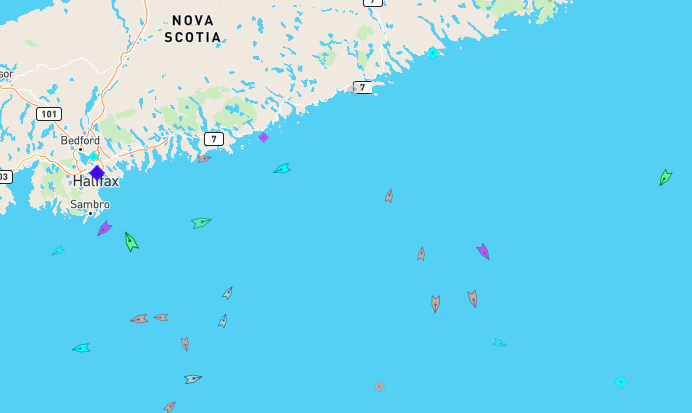 The seas around Halifax, 9am Thursday. Map: marinetraffic.com

Friday
7am: Caribbean Princess, cruise ship, arrives at Pier 22 from Sydney with up to 3,756 passengers