You are here: Home / Featured / Virtual health care: “We jumped a generation and started catching up” 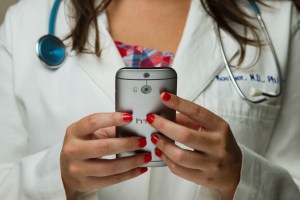 Doctors in Nova Scotia are advocating for virtual care to become a permanent part of health care delivery in the province. Photo: Unsplash

For Elizabeth Hopkins, a visit to her family doctor usually means taking two buses on a two-hour round trip from Halifax to Lower Sackville. Those visits with her would last about 10 minutes. When the COVID-19 pandemic hit last spring, Hopkins, like many other Nova Scotians, started having doctor appointments by phone. So far, she’s had about five appointments for prescription renewals.

“In some ways it’s great,” Hopkins says. “It’s time saving. It’s very handy that way because you don’t have to interrupt your day to get on a bus and just sit around in an office for an hour. You could take your phone with you and you could be out having a walk.” 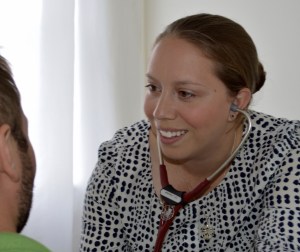 Dr. Leisha Hawker is a family physician and co-chair of the e-health committee with Doctors Nova Scotia.

Dr. Leisha Hawker is a family doctor in Halifax. Her main practice is at the North End Community Health Centre, but she also works one day a week at the Newcomer Health Clinic and another day at a clinic working with people with addictions. She’s also the co-chair of the e-health committee with Doctors Nova Scotia, the professional association representing physicians across the province. Even though many Nova Scotias are a year in with using virtual care, Doctors Nova Scotia has been advocating for its use much longer.

“We were flying under the radar trying to get virtual care going for a long time and then the pandemic happened and suddenly overnight, 90% of the physicians are providing virtual care,” Hawker says. “Because it happened so quickly there wasn’t a lot of planning or change management. It’s actually gone incredibly well.”

Hawker says doctors were advocating for virtual care because their patients wanted virtual care. She says at her addiction clinic, some of her patients are driving from about 45 minutes outside of the city for their appointments. And some of those don’t have reliable transportation or they’re bringing their children with them.

“Especially in the wintertime, when all I need to have is a 10 or 15-minute conversation with someone to ensure their opioid-use disorder is still stable,” Hawker says. “It seems a waste for them to drive an hour and a half and miss so much time from other duties in their lives.”

Hawker says when doctors started including virtual care last spring, there were a lot of growing pains because the system wasn’t ready.

“It was like here’s a toolkit and here’s Zoom and kind of go for it,” Hawker says. “Normally when you’re completely overhauling your practice, there’s a lot of pre-planning. You’re educating your staff and yourself and educating your patients on how to use this new tool. And there wasn’t much of that. It was pretty much only see in person who you absolutely need to see in person and everything else should be phone or video.”

There were challenges for patients, too. Some may not have the digital literacy to take part in video appointments. Some Nova Scotians don’t have a strong internet connection, especially in rural communities, so that limits the ability for video visits.

Hawker says some of her patients don’t have minutes on their phone plan. They can still do a video or text chat, but they still need access to WiFi and that means they are often in a public space with less privacy. At the Newcomer Health Clinic, she says, adding in the language barrier was a challenge, too. She says at in-person appointments an interpreter would take part, even on video chats. Now it’s a three-way phone call and people sometimes talk over each other.

During the pandemic, the province allowed the fee code to cover virtual appointments as it does for in-person visits. That fee was extended over the course of the last number of months, and the most recent extension expires on March 31. Hawker says the e-health committee at Doctors Nova Scotia wants the temporary fee code for virtual care made permanent.

“We’re looking for reassurance from the government that it’s here to stay,” Hawker says. “Physicians and all Nova Scotians have seen how useful it is, so we’re looking for that to become a permanent part of our services we provide.”

While there is no data on how virtual care reduces the number of no-shows at clinics, Hawker says based on her personal experience, it does make a difference.

“At my addiction clinic, transportation and childcare and work absences is an issue,” she says. “A lot of my patients have vulnerable job positions, so instead of taking more time to come to the clinic, just having a shorter visit that way helps. Also, not having to hitchhike or taking multiple buses to come see me, it certainly helps.” 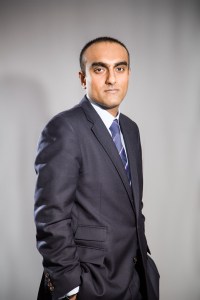 Dr. Sandeep Chohan is a family physician in Halifax and focuses on mental health and addictions care. He says he sees the difference virtual care can make for patients. It’s not a new system for Chohan, who is originally from London, England. He says in the U.K. virtual care is already well established in health care delivery.

“I think it worked very well. I think the health authority, the college [of Physicians and Surgeons], and Doctors Nova Scotia were very quick to implement changes,” Chohan says. “Thankfully with the pandemic we jumped a generation and started catching up. I think it’s quite an exciting time, really, for physicians and patients.”

Chohan says virtual care offers a continuity that follows the patient. For example, he says if a patient has a urinary tract infection, he can chat with them over the phone, email a form to have a urine sample collected, and call in a prescription to a pharmacy.

“Basically, within 10 minutes I could make sure everything was done without the patient having to leave the house,” Chohan says. “That’s been going on for many years now in the U.K.”

Chohan says he has about 200 veterans in his practice, some of whom were driving for hours from across the province for appointments. Virtual appointments cut down that commute time, but it also helped these veterans in another way. Chohan says many of them have PTSD, so crowded waiting rooms with dozens of people can be traumatizing.

Virtual care does have its limits. Hopkins says she hasn’t had her blood pressure checked in more than a year. She’d go to a drug store to do that, but those machines are often shut down now because of the pandemic.

“I like the phone, but I think Zoom calls would be a little better because then a doctor could actually see you and see how you’re doing,” Hopkins. “Unless they have an app that reads things like blood pressure and heart rate, things like that, you’re missing part of the doctor’s care.”

Stacey Rudderham has experienced those limits, too. While she says phone appointments work well for to get prescriptions, they’re not effective for other more involved care. In July, Rudderham will be two years into remission from non-Hodgkin’s lymphoma. As part of her care, she has to see her doctor every three months. She hasn’t seen her doctor in person since March 2020, but she’s had phone appointments.

She’s had bloodwork done and an MRI scheduled soon. Rudderham says because she’s in remission, she’s missing out on a complete checkup since her doctor can’t check for swelling in her lymph nodes and weight gain or loss. Over a phone appointment, her doctor will give her a rundown on her bloodwork and will ask her questions about her health. The MRI would only check her head where the original tumour was found.

“It’s kind of daunting for me,” says Rudderham. “The first two years are crucial for remission with this cancer. I had nine months’ worth of checkups and now I’ve not had any in person for a full year.”

“There’s nothing they can do virtually to confirm there’s nothing in my lymph nodes. I guess it’s a matter of limiting it to where it is useful and appropriate, but maybe not applying it to every situation because it’s not efficient.”

Rudderham says she and her doctor haven’t discussed when her next in-person appointment will take place. Her doctor will soon be retiring, so Rudderham will meet her new physician a phone call.

“That adds another level of unease for me as well,” Rudderham says.

Chohan says there has to be a balance between virtual care and in-person care and in some cases doctors still need to have their eyes on patients.

“There’s a lot you can pick up clinically from your interactions with patients,” Chohan says, “that you wouldn’t necessarily be able to pick up on by the phone.”

He says it’s best to see new patients in person first because there can be a lot of forms and assessments to do first.

“People are opening up about traumas in their lives,” he says. “I don’t want to do that on the phone. You want to make sure they’re supported in that environment.”

The Examiner reached out to the Department of Health and Wellness asking how virtual care would be part of health care delivery post-COVID-19 and spokesperson Marla MacInnis emailed back this response:

Government has worked closely with physicians and other health providers to strengthen the health system and help Nova Scotians during the COVID-19 pandemic. One important measure has been the expansion of virtual care options like telephone and videoconferencing that help to connect health providers with patients. More information about this program will be available soon.

Chohan says virtual care in Nova Scotia could be as straightforward as doctor’s offices having websites where patients can book and cancel appointments rather than waiting on hold on the phone. That website could include links and phone numbers to other resources like wellness programs or how to book a mammogram.

“There have been some pretty dramatic changes over the last year and I hope that momentum continues,” Chohan says. “There’s a lot of tech in this town, there are a lot of innovations in this town. I think we have all the skills and resources locally to continue.”