You are here: Home / Featured / Virtual events open up the world 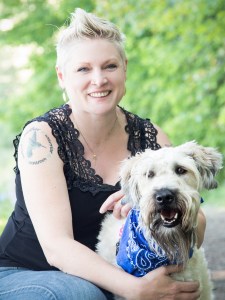 Jewelles Smith is a human rights expert, scholar, and academic researcher who’s completing her PhD. This winter Smith attended a conference in Ireland and didn’t even have to leave home.

“It was really amazing for me academically and it wouldn’t have been possible for me otherwise,” Smith says.

Smith is also the communications and government relations coordinator with the Council of Canadians with Disabilities. Like many Canadians, Smith has attended virtual events that would have been typically held in person had it not been for COVID-19. As events headed online, technology had to make adjustments and some of those changes gave access to events to people with disabilities like never before. Smith says the Council, whose staff and board are all people with disabilities, held its annual general meeting online, too.

“I think it’s become more evident of the amazingness of technology, when prior to the pandemic there was a lot of resistance to using online platforms like Zoom or MS Teams,” Smith says. “Now it’s become the norm. It opens up the world for everyone whose computer is set up with Zoom.”

Smith says Zoom is more accessible than MS Teams. Zoom allows users to “pin” the video of the ASL interpreters to the top of their screen to make them visible though the entire event. Zoom also has captioning, although Smith says it’s not as good as professional captioners like those who use communication access real-time translation (CART). Zoom also works with screen readers for those who are blind or partially sighted. She says screen readers don’t work as well with MS Teams, the platforms many governments, including Nova Scotia, use. And with Zoom, you don’t need a computer and can simply call in.

Not having to travel makes it easier for many people with disabilities, too. Smith, who is disabled and lives in British Columbia, says travelling for meetings in Ottawa can be physically demanding for her. For others, she says, attending events from home is much easier, too.

“I have heard from so many colleagues in the disability community about how amazing it is you can have your attendant there and have camera off if your support worker shows up,” she says.

Smith says virtual events aren’t good for people with disabilities who are on fixed income and can’t afford internet service. And not everyone has or can afford a cell phone and the technology doesn’t always work with landlines.

Toronto-based Pheedloop is one of the platforms used for virtual events. The company got its start in 2015 and focused strictly on in-person events. For those events, Pheedloop offered an online software platform used to manage event details, including ticket sales and mobile apps. Malinsky says when the COVID-19 hit, the company worked to moving into virtual events to survive as a company. He says about 95% of clients switched to online events.

“What we decided to do was built a virtual event solution. Initially it was focused on livestreaming content,” Malinsky says.

Then the platform added more pieces including an exhibit hall for trade shows and a networking option.

Malinsky says this time last year, the platform wasn’t very accessible for those with disabilities. He says that accessibility was considered as “nice to have” for many of Pheedloop’s clients, but that has shifted in the last number of months. Clients now want platforms with accessibility built in.

Malinsky says the company created accessibility widgets that allow participants to come into the webpage, click a button, and a widget will popup that allows them to configure the settings of the webpage. Profiles include those for safety for people with ADHD, those who are prone to seizures, and people with cognitive disabilities.

Another way the platform became more accessible is by becoming multilingual. That means people can go to virtual events anywhere in the world and listen in and participate using their own language.

“We had a lot of clients that were previously focused on Canada or the United States who are now trying to tap into South America, Asia, and part of that is because they want to offer the platform in different languages,” Malinsky says. The languages also include closed captioning.

Malinsky says there’s still a lot of education around how different virtual events are to those in-person events.

“We’ve had some clients come to us and say, ‘We want to replicate the exact on-site experience in the virtual environment’ and we really try to steer them away from that,” Malinsky says. “On-site it’s a three-day event, it’s nine hours, and then you have socials. You can’t replicate that in a virtual environment. If you’re expecting someone to sit in front of their computer for nine hours at a time, it’s going to be a bad experience. Planners need to recognize virtual events are different.”

Leanne Andrecyk and Rémi Lefebvre work with Zed Events in Halifax. The company has been doing some virtual components to events for years. When the pandemic hit, they say many clients simply cancelled events. Others went virtual. They agree with Malinsky and say they need to educate clients about virtual events. Lefebvre says not everyone’s computer is compatible with the platforms like Zoom.

“We did have people calling us saying, ‘My computer won’t connect. How are you fixing this for me?'” Lefebvre says. “Before COVID, the most people were going online was to purchase a ticket. Now we’re telling them instead of that you need to learn a brand new technology and everyone is throwing their hands up in the  air and saying, ‘Whoa wait now I don’t know how to do that.’ It’s a reaction I sympathize with and agree with.”

But Lefebvre and Andrecyk do say virtual events have become more accessible — Lefebvre says at one event they helped one attendee get funding so they could hire an ASL interpreter for the conference.

“We’re always looking to find ways to make sure everyone can participate,” Lefebvre says. “We’ve seen some people with mobility issues who’ve said this is awesome because I now I can stay home with my custom chair and my custom desk.”

As for the future of virtual events, Andrecyk says while some events that include learning sessions may stay online, others like award shows and fundraisers work better in person. She says they expect most of their events to come back in-person.

Malinsky at Pheedloop says virtual events are here to stay because they are more accessible in many ways.

“We strongly believe planners will do more of a hybrid model and it will be the way to go for the next few years, if not for the entire future of the industry,” Malinsky says. “People want that option. It’s great if you want to go on-site, but if you have kids or work, you don’t need to take a full week to go to a conference and drop a couple of thousands of dollars when you can do that from the comfort from your own home.”

“It’s been exciting for me to see how this has opened up for those who have technology and the internet,” Smith says. “This has been a game changer and exciting. I hope people see not only for people with disabilities, but people who live up north. This is an incredible opportunity to expand how we communicate.”