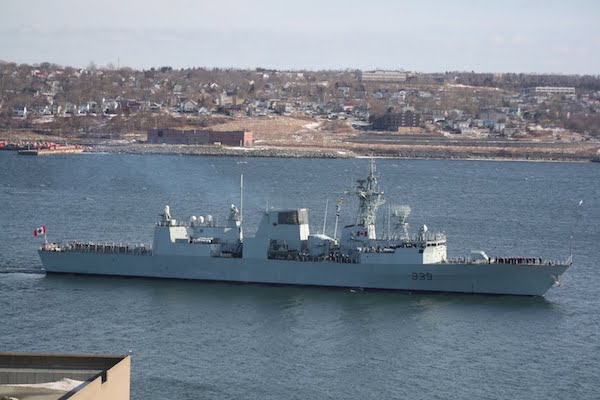 In 2011, Sub-Lt. Jeffery Delisle, assigned to the HMCS Trinity intelligence facility at Stadacona, was charged with selling military secrets to the Russians. In October 2012, Delisle pleaded guilty and was sentenced to 20 years in prison.

After that incident, military police have been reviewing security procedures across the base, and have discovered security breaches on HMCS Trinity and more recently on HMCS Charlottetown.

As I reported in April (behind paywall), Peter O’Hagan, Marine Systems Engineering Officer on HMCS Charlottetown, is suspected of illegally storing a classified file on a nonsecure computer network.

Court documents filed last week reveal that three more seamen are suspected of violating security rules. Michael Windsor, Kevin Gagne, and Tony O’Neil, each of whom is a Maritime Surface and Subsurface Officer aboard HMCS Charlottetown, are suspected of storing classified files on their personal computer folders on a nonsecure network.

There is no indication that any of the men had ill intent, and no charges have been laid. 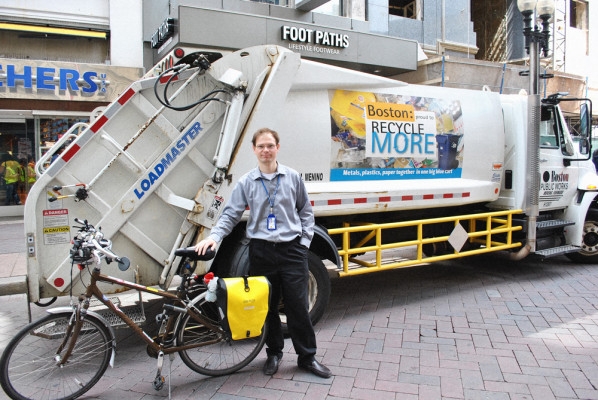 City staff is recommending that all trucks operated by the city or by contractors have side rails installed, at a cost of about $50,000.

This is a matter of saving lives. As Erica Butler wrote in March (behind paywall):

Large trucks are especially dangerous in side collisions with pedestrians or cyclists because people can easily slip under the truck and into the path of the rear tires. Side guards are panels or sets of bars fastened to the side of a truck to cover the gap, and help prevent people being drawn under its wheels.

It’s quite possible that side guards could have prevented the death of Johanna Dean in Dartmouth two years ago. Or perhaps they would have made a difference to Elizabeth Foston, the elderly pedestrian who lost both her legs after being trapped under the wheels of a recycling truck in 2014.

There are countless reports in city papers across North America that read like the same tragic accident played out over and over. 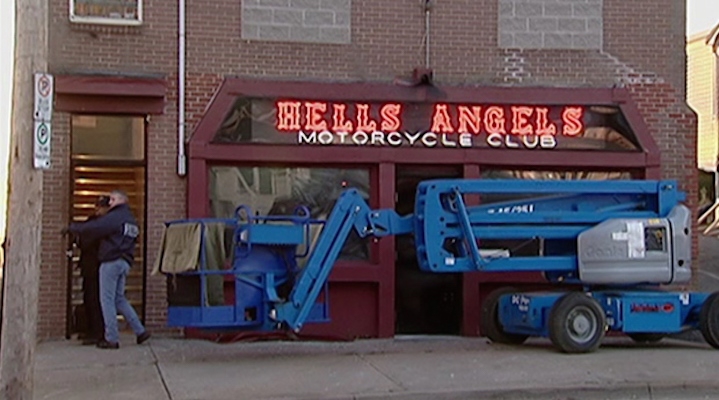 The Hells Angels are returning to Nova Scotia, writes Blair Rhodes for the CBC.

The motorcycle gang was run out of town just before I arrived in Halifax, so I’m not very familiar with the history. The CBC includes the above photo with Rhodes’ article, and Rhodes explains that “police even pried the gang’s iconic logo off their clubhouse in Fairview.” Can someone tell me the exact location of the clubhouse?

Halifax Regional Police is currently at the scene of a fatal workplace accident that occurred this afternoon in Bedford.

At approximately 3:15 p.m., HRP and EHS personnel responded to the area of Douglas Drive in Bedford after a man fell from a ladder. He was pronounced deceased at the scene by EHS. Investigators from the HRP Forensic Identification Section, and investigators from the Department of Labour are currently on scene investigating the incident.

The CBC has published a photo of construction site, showing a ladder stretching up three storeys. No one has yet named the dead man.

“Two teenage girls are dead after they were hit by a train early Friday morning in Lantz, RCMP say,” reports Local Xpress:

East Hants District RCMP responded to the scene, near the intersection of Highway 2 and Mader Street, about 1:40 a.m., police said in a news release.

The train had been travelling south to Halifax when it struck a 17-year-old girl from Lantz and an 18-year-old international exchange student from Germany, who was living in Lantz. Both girls were pronounced dead at the scene.

1. Touched by The Greatest 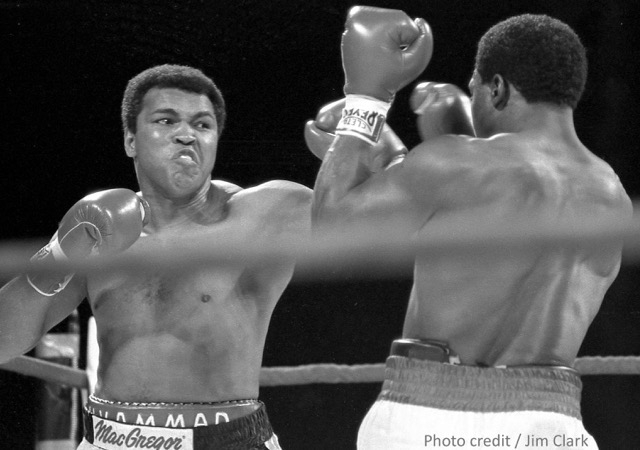 Eveylyn C. White speaks with Dartmouth High grad Jim Clark, who in 1981 photographed Muhammad Ali’s last fight — with Trevor Berbick, who fought professionally out of Halifax. White goes on to discuss how Ali influenced herself, and everyone else he came into contact with.

Incidentally, Monday I linked to Geoff D’eon’s piece recalling his unexpected encounter with Ali at the Halifax Forum. This was in 1987, when Ali showed up to watch Berbick, one of the few men to have bested Ali, fight “no-hope American Robert Evans.”

2. The origins of tidal power are in Stephen Archibald’s bathroom 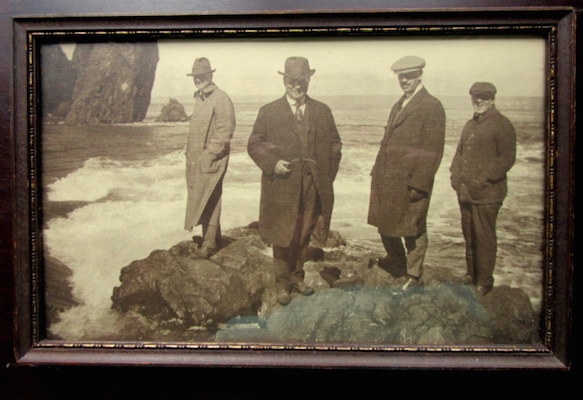 The legend on the back reads “A chilly morning at Cape Split.” It is dated September 10, 1916.

The photo is hilarious (which is why it hangs in the bathroom) because today the Cape Split trail-head sign warns you to wear “appropriate clothing and sturdy footwear.” Several of these gents are clearly wearing suits and ties and city shoes.

We have the photo because the man second from the right was my great uncle Ernest Armstrong. I always assumed that, like we do today, uncle Ernest had visited the Split to admire the view and imagined that in 1916 there was a road or that the group had travelled by boat for their little sightseeing adventure.

Turns out, however, that the photo is about something else entirely. Archibald discovers that the pic captures the first failed attempt to harness Minas Basin tides to generate electricity.

Dear premier Stephen McNeil: As a taxpayer I am outraged that $300,000 is being granted to nine people the likes of billionaire John Risley, Emera CEO Chris Huskilson and Dalhousie University president Richard Florizone for “economic development training” at the Massachusetts Institute of Technology. For what?

I am sick and tired of being fed the same old BS that it will be good for the economic prosperity, wealth and jobs, jobs, jobs for Nova Scotia. We have had entrepreneurs come to this province with schemes of bringing wealth and prosperity for the last 50 years. Yet we are one of the highest-taxed provinces in Canada, among the worst-paid workers, with one of the highest jobless rates and the largest per capita debt. Promises of jobs, wealth and prosperity are nothing but a myth told to us and we suffer by hacking health and education to the bone. For every $100 million that is handed out to failed paper mills, ferries, tourist boats, golf courses and resorts to make business owners richer, health care and education are cut by a similar amount.

It is an insult to keep on pandering to the one percenters while the other 99 percent of this province have to make choices between food and prescription drugs. There are 2,500 homeless on the streets of Halifax, and province-wide one in three families does not have enough to eat. It is very clear to me, Mr. McNeil, that you have another agenda besides looking after the people of this province. While $300,000 is not a lot of money in the grand scheme, it’s the optics of the whole thing—if my hunch is right it will lead to you being another one-term wonder.

Everyone is reflecting upon a future with no meaningful work. 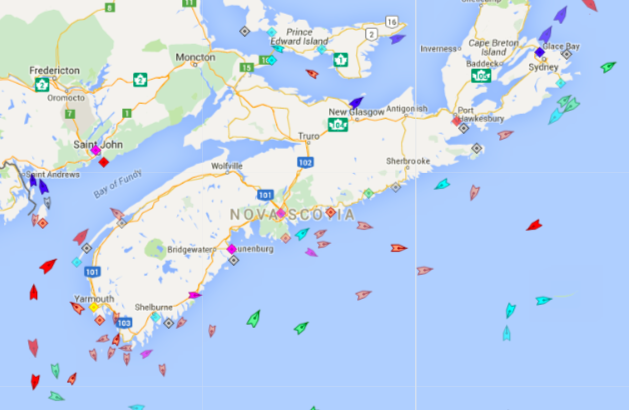 If all goes according to plan, we’ll have five separate posts today on the Examiner homepage, including this one.