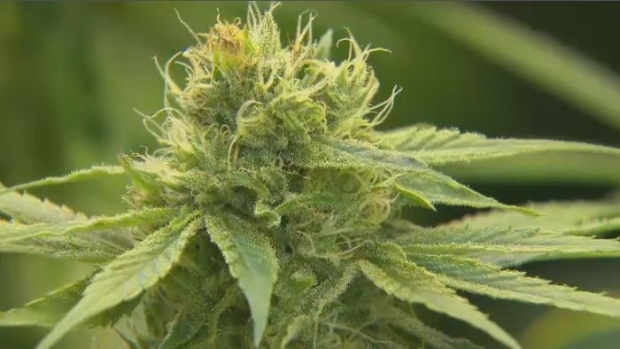 “And the story is still news,” writes Stephen Kimber:

Sorry, it will be for more time than you might like. It’s what happens when you become one of the first countries in the world to admit it’s OK to smoke pot. Just sit back, relax and… 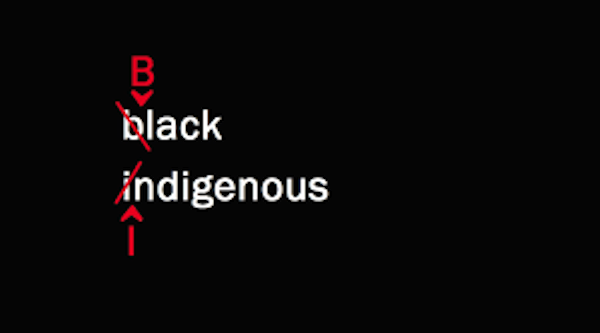 “Prisoners who are of both Black and Indigenous background report that they face discrimination in jail based on their mixed heritage,” writes El Jones:

For the prisoners I talked to, anti-Black racism and anti-Indigenous racism intersected. As Black people, they found that their skin colour dictated how they were seen in the system. Being “seen as” Black meant that Blackness is associated with criminality, and that in the court and in prison, they experienced the assumption that they were automatically guilty, that “their culture” contributed to their criminal offence, that they are gang members, and that any gathering of Black people is suspicious.

The people I talked to are comfortable with their identities. They celebrate being from both cultures. It is the prison system that creates a conflict, suggesting they have to choose, or denying them their full being.

The leak was reported a day after the company began its annual maintenance shutdown Saturday, according to Kathy Cloutier, director of communications for Paper Excellence Canada.

“Northern Pulp was not in production at the time of the leak,” Cloutier told CBC News in an email.

Cloutier said the company was made aware of a possible effluent leak at 9:20 a.m. The leak was confirmed about 30 minutes later and the flow was stopped.

Undoubtedly, this is worse than we’re being told.

An RCMP release from Sunday:

Prior to 4 p.m. on Saturday, Antigonish District RCMP responded to a three vehicle collision on Highway 104 in Dagger Woods.

As a result of the collision, a 67-year-old woman and a 36-year-old woman, who were travelling in a 2006 Honda Civic, were pronounced deceased at the scene. The two occupants of the second vehicle, a 2018 Chevrolet Equinox, were transported by EHS to St. Martha’s Regional Hospital in Antigonish. One of the occupants, a 60-year-old woman, later passed away at the hospital and the other occupant remains in hospital with non-life-threatening injuries. One of the two occupants in the third vehicle, a 2013 Ford F-150, was transported to hospital with minor injuries.

The release doesn’t say if the collision was of on-coming vehicles. This stretch of Highway 104 is not part of the Highway 104 twinning project announced in July.

An RCMP release from Sunday:

Just after 7:30 p.m. last evening [Saturday evening], Halifax District RCMP responded to a collision between a pedestrian and a vehicle at the intersection of Main Rd. and Albacore Place in Eastern Passage.

The pedestrian, a 25-year-old man from Shearwater, was transported to hospital by EHS with serious injuries.

An RCMP Collision Analyst attended the scene to assist with the investigation. The cause of the collision remains under investigation.

“This has to be the most unfortunate story pairing of the month — the journalistic equivalent of steak and white wine. Or Dr. Pepper. Or motor oil.” Writes Mary Campbell for the Cape Breton Spectator:

First, on 11 October, the Chronicle Herald‘s John DeMont (whose writing I frequently enjoy) wrote a puff-piece about Geoffrey Rubin, the chief strategist for the Canada Pension Plan Investment Board (or as DeMont would have it, “The man who will determine whether or not you have to eat dog food in old age.”)

He and his 1,600 co-workers have “one objective and one objective only,” according to DeMont, to “get the highest investment returns, period, without jeopardizing the fund’s ability to be around when we all retire.”

That was the steak. Now hold out your glass, here comes the motor oil:

The Guardian (in cooperation with the Documented news website) reported the very next day that the CPP investment board has put $5.9 million into Geo Group and CoreCivic, for-profit prison firms that are “profiting from Trump’s ‘zero-tolerance’ Mexico border policy.”

The CPP investment board’s response was that the holdings were “a tiny proportion of their fund” and were “from pooled indirect investments.”

I try not to over-quote Campbell (honest, Mary!), so I’ll just say it was a toss-up this morning between quoting from her for-profit prison bit or a shake-your-head revelation about Saltwire charging the winner of the “Cape Breton Post Reader’s Choice” award $250 for the plaque announcing as much.

You can read both bits (and more), by clicking here. 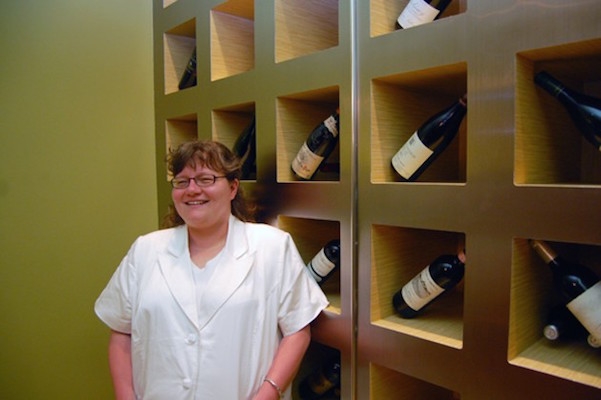 I edited Liz for a short while, and it was sheer joy. Every review was a miraculous piece of work: to the point without being dry, informative, and when needed, playful. I wish I could write as well.

ALS is a terrible death, but Liz faced it with her usual matter-of-factness and grace. She was one of the good ones.

Mike Keefe spells out the union’s point of view. 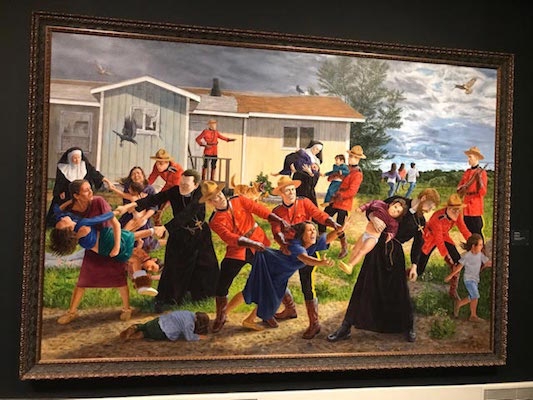 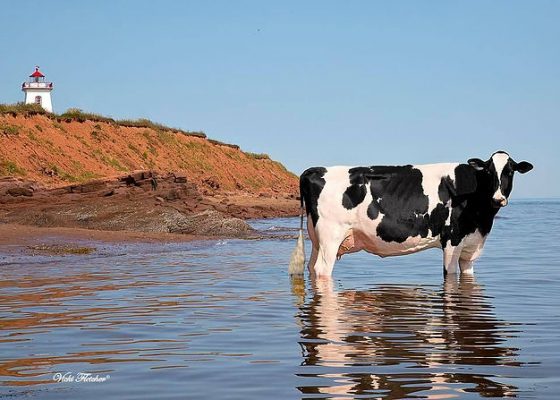 I was looking at the city of Charlottetown’s proposed annexation of a place called Marshfield… same story we’ve seen everywhere: rural residents mostly don’t want to become part of the city, but a couple of large landowners see development opportunities and future riches coming their way, so to heck with what the community thinks. I don’t have anything intelligent to add to that conversation.

However, one of those opposed to the annexation is Tanya Nicolle MacCallum, who, I discover by following links, published the delightful Marshfield Maiden:

The Marshfield Maiden “your grandfather’s newspaper” showcases online articles on rural folk, artists and artisans, farmers, fisherman, folklore, community news and more from Prince Edward Island. Everything that isn’t anything.

Besides articles about the proposed annexation, MacCallum also has a piece about Bloyce Thompson, “who facilitated a beach photo shoot for his cow, Olivia, with premier dairy livestock photographer, Vicki Fletcher. ”

“This is a marketing promo for our herd and breeding,” Thompson told MacCallum. “We do one or two [promos] a year, and are planning to do a coffee table book, soon.”

* after so many exemptions and grandfathered provisions are included to make it meaningless. 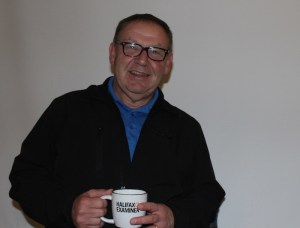 In this presentation, we will focus on the discussion of the concept of “crowd sensing,” as an approach to collect data from embedded sensors in smartphones. Its positioning as a first, inexpensive, step for the building of a collective intelligence makes it a tool that is more and more popular today. This emergent paradigm comes with various applications. However, many challenges arise given users involvement in the data collection process. In this context, we will try throughout this presentation to discuss collaborative sensing schemes which tackle the following four main questions: How to assign sensing tasks to maximize data quality with energy-awareness? How to minimize the processing time of sensing tasks? How to motivate users to dedicate partof their resources to the crowdsensing process? and How to protect participants privacy and not impact data utility when reporting collected sensory data?

Encrypted communications: all is not what it seems (Tuesday, 11:30am, in the auditorium named after a bank, Goldberg Computer Science Building) — Enrico Branca will speak. His abstract:

In the talk we will embark on a journey in the field of security research, by challenging the assumption that encrypted communications are safe and cannot be hacked or decoded. The vast majority of web content is now “secured” with encryption technologies, likewise almost all social media and messaging apps also use encryption to protect user contents and ensure an acceptable level of privacy, and in reality nobody can say for sure if the encrypted data is really secure as not all encryption techniques offer the same level of security.

To try to find some answers to the most outstanding questions we conducted a long term study, collected hundred of millions of cryptographic keys over a period of time of several years and across a wide range of protocols, then subjected each key to a battery of tests to identify possible issues and generate security related metrics. To conclude we will discuss how this kind of research lead to the identification of thousand of valid but insecure cryptographic keys and the discovery of valuable insights on how communications are secured and how the industry operates.

No copyeditore today; please be kind.