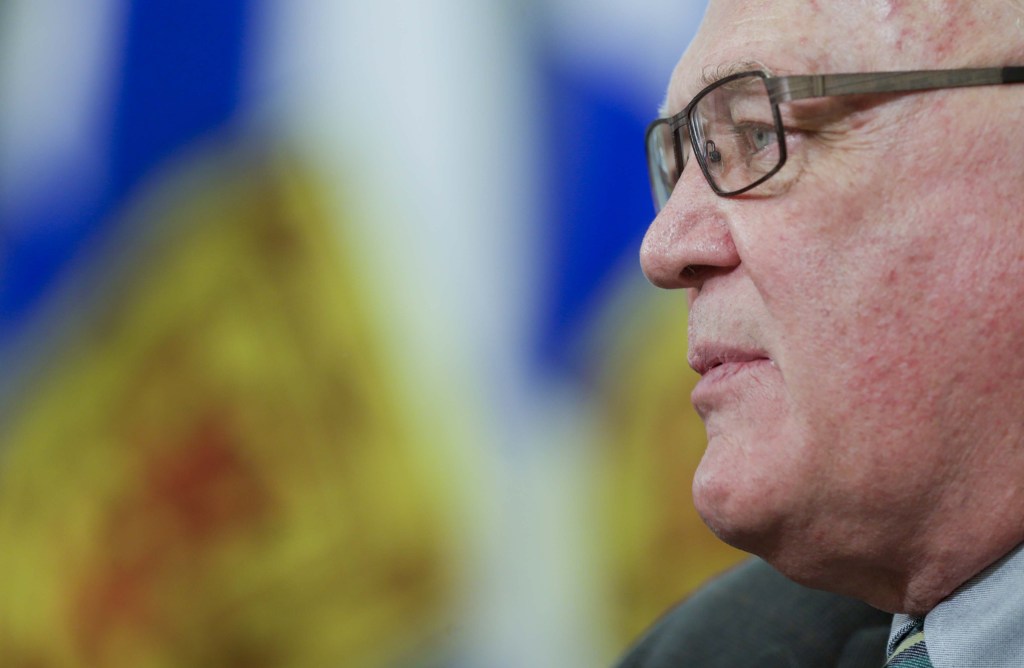 The province announced two new cases on Friday — one each in the Northern and Central zones, both close contacts of previously reported cases. There are 32 known active cases in Nova Scotia and no one is in the hospital with the disease. Labs completed 2,010 tests on Thursday.

At the start of Friday’s briefing, Premier Stephen McNeil said Nova Scotia had administered 7,600 doses of vaccines by the end of Thursday, 2,200 front-line healthcare workers had received both doses, and all frontline workers and long-term care residents at Northwood’s Halifax campus had received their first dose.

“I know there’s lots of concerns with how our vaccination program is rolling out,” McNeil said. “Dealing with this vaccine is not the same as dealing with the flu.”

Those concerns — primarily that Nova Scotia is behind all other provinces in the percentage of acquired doses it’s administered — are contemplated in Friday’s Morning File.

McNeil said the province will continue to hold onto a second shot for anyone given a first dose until the province is guaranteed there won’t be an interruption in supply.

“And right now, we don’t have that guarantee,” he said.

McNeil said the province will now report vaccine numbers twice weekly, instead of once a week. Strang suggested the province may ramp up to daily reporting.

Strang said Nova Scotia had received about 13,000 doses by Thursday, and those were all either used or held back for second shots. Another 10,000 doses were delivered on Thursday, and Strang said those would be used or reserved by the end of next week.

“Our goal is to make sure that we have a constant and steady supply of vaccine going to clinics. We don’t want to have a surplus of vaccine in the province,” Strang said.

Strang faced numerous questions about who will get the vaccine and when, and how it will roll out in Phase 2.

Much more vaccine is coming in April or May, Strang said, and when that happens the province will shift from immunizing only select groups of people in hospitals and long-term care facilities to immunizing people in the community based on age.

Strang said the province would start piloting clinics for people 80-85 years and older in February or March, but most seniors will have to wait until the spring for their shots.

Public health is working on a process for directly and individually notifying people when it’s their turn to be immunized, Strang said, rather than advertising generally.

Asked when people with underlying conditions who are under the age of 75 will be immunized, Strang suggested they’ll have to wait, saying age will be the first priority.

“Age is by far the single biggest predictor of risk for severe outcomes of COVID,” he said, adding that people with those underlying conditions in the older age group will be prioritized.

Strang said during Friday’s briefing that there have been recent cases of people lying to contact tracers with public health.

“It’s been recently brought to my attention that in a few of our ongoing investigations by public health, there are some individuals who have been very deliberately not following the public health regulations, and they have not been truthful and honest about their movements and people they have been in contact with,” Strang said.

“I have to say I’m very disappointed by this news. By not following public health orders or disclosing contacts, these individuals are putting other people’s lives unnecessarily at risk.”

Strang said the issue isn’t widespread, but in a few cases people have broken their quarantine and exceeding gathering limits and then lied about who they’ve been in contact with. Public health found out when they traced their way back to a previous positive case.

“The lack of information has put us in a position where we weren’t able to respond and there’s been further transmission of the virus, which is unfortunate,” he said.

“We’re one of the safest places certainly in the country, if not globally, but we can only stay here if we continue to stay committed,” Strang said.

McNeil reiterated that people should be honest with public health.

“We’re not looking in any way to judge your movement or decisions that you have made. Our No. 1 goal and only goal is to capture and wrap our arms around this virus as quickly as we can so it doesn’t spread within the community,” McNeil said.

“We’ve come so far. The private conversations you have with public health will be private between you and public health. Please, please tell them everything, all the contacts that you have. We’ll protect your information at the same time we protect health for Nova Scotians.”