You are here: Home / Commentary / Turning the Bull Loose: Why it doesn’t matter which party you vote for 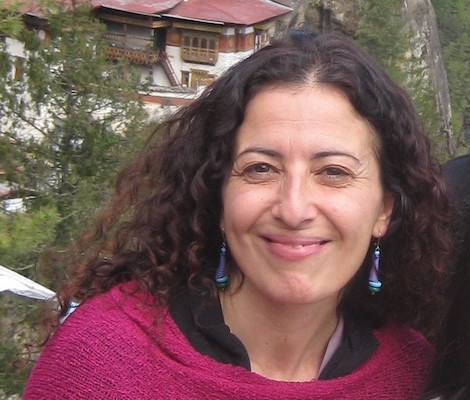 It was a turning point in Canadian history — the year was 1988. In his first term, Conservative Prime Minister Brian Mulroney had denounced the controversial deal, but when poised to handily win a second term in office he shifted his allegiance and called it a “matter of great substance” that would determine the “future of Canada.” Meanwhile, Liberal leader John Turner said it would “destroy a 120-year-old dream called Canada.”

They were both referring to what had become the election issue — an agreement that would not only transform the country’s economic policies and mark a shift in thinking about the role of the Canadian government, but that would also prove to have dire social and environmental consequences. The Canada–U.S. Free Trade Agreement (CUSFTA) — originally signed in 1989 with the United States and later, in 1994, expanded to include Mexico under the North American Free Trade Agreement (NAFTA) — set the stage in Canada for nearly three decades of what is commonly referred to as neoliberalism but could just as accurately be labelled laissez-faire capitalism, free market ideology, hyper-capitalism, market fundamentalism, or corporatism. 1

Regardless of the confusing and sometimes controversial terminology, the gurus of market-driven economic theory argue that for markets to work most efficiently, five elements are required. Markets should be free to operate with little or no intervention by governments, barriers and restrictions to the free exchange of goods between countries should be removed, anything that can be privatized should be, the concepts of public goods and community should be replaced by the notions of private property and individual responsibility, and government spending, which is considered inefficient and wasteful, should be reduced.

In his seminal 1991 book, The Politics of Pollution, Doug Macdonald was already noticing how neoliberalism was changing how we protect the environment.

While the awareness of pollution dates back hundreds of years, it was only in the 1880s that governments began to establish local boards of health with the aim to provide safe drinking water and sanitary waste disposal. By the 1950s and 1960s, Canadians began to be concerned about how pollution was affecting the natural world, and the federal and provincial governments began establishing legislative and administrative mechanisms to regulate pollution. By the 1970s, we were establishing new departments of the environment, and new laws such as The Fisheries Act, Motor Vehicle Safety Act (which set vehicle emission standards), Clean Air Act, Environmental Contaminants Act, and the Canadian Environmental Protection Act. Environmental politics moved from “the fringe to the centre of Canadian life,” says Macdonald, as concerns over new polluting substances and increased scientific awareness of the negative effects of these pollutants entered the public imagination. 2

Back in 1991, Macdonald noted that twenty or thirty years of pollution regulation had not been able to stop species extinctions, toxic contamination, or climate change (which by then had already been on the radar for more than two decades) — all telling signs of humanity’s “large and growing power to wreak environmental harm.”

But Macdonald’s book wasn’t so much about the already sad state of the Canadian environment as it was focused on the political decision-making around pollution — how governments decide what they will or will not do — and he discovered that while the environment was better protected than it had been thirty years previous, things were getting worse. He attributed this decline to our adherence to economic expansion and to the fact that pollution-control regulations were only really successful when specific, enforceable targets were put in place, as was the case with acid rain and CFCs, for instance. 3

But around the time Macdonald’s book was being written, neoliberalism was also starting to take hold in Canada and this too was having an impact on environmental protection.

Right wing think tanks such as the Fraser Institute and the C.D Howe Institute (both deeply marinated in free market theology) were endorsing a different brand of environmental protection. They argued that the command-and-control model — with its environmental laws and regulations — needed to be overhauled to look more like a market-based and pricing incentive system, where instead of the “polluter-pays,” the polluter who volunteers to pollute less gets paid.

Macdonald says that this market-based approach that had been advocated by some economists in the 1970s and 1980s had essentially gone nowhere because governments, business, and the environmental community had shown no interest. But by 1990 the times were changing and neoliberalism was becoming the new modus operandi, and so the Canadian government pledged to look into using “economic instruments” to advance environmental protection. 4

Of course, Canada wasn’t alone in its faith in free market dogma. In the 1980s a number of countries embraced neoliberalism, including Britain, the U.S., Australia, and New Zealand, and while it materialized somewhat differently depending on the location, there were common patterns that emerged.

In his book Constructing Neoliberalism: Economic Transformation in Anglo-American Democracies, Purdue University political science professor Jonathan Swarts observes that the shift wasn’t about tinkering with policies, but rather replacing what had been a more interventionist view of the role of the state.

Prior to the 1980s, there was general support for collectivism, a mixed economy, and a welfare state. There was a healthy skepticism about free market capitalism and an overall consensus that a market left to its own devices would produce poverty and high unemployment — social outcomes that were considered undesirable. At the same time, there was broad support for the regulating and protective role of government when it came to both societal and environmental well-being and a belief that the well-being of the society’s vulnerable was a collective responsibility. 5

In Profit over People: Neoliberalism and Global Order, Noam Chomsky argues that the neoliberalism that emerged in the 1980s was not new, it was just the most recent version of the conflict that has existed for a good part of modern history — efforts by the elite few or what he calls “concentrated private power” to restrict the political rights and civic powers of the many.

As well, by the 1980s, the working classes had achieved political and democratic gains that from capital’s perspective were “barriers to accumulation.” Laws and regulations protecting the environment were also seen as barriers. So, exactly how neoliberalism took hold in the 1980s seems to have more to do with politics and timing than with the inevitable laws of economics. 6

According to the official narrative, the 1970s was plagued by economic turmoil. It all started with the world oil shock in 1973, when the members of the Organization of Arab Petroleum Exporting Countries led by Saudi Arabia proclaimed an oil embargo in response to U.S. support of Israel in the Yom Kipper War, the latest manifestation of the Arab-Israeli conflict. The embargo, coupled with a decline in U.S. oil production, resulted in a rise in the price of a barrel of oil from US$3 to US$12, setting the financial systems on a path toward “stagflation” — high unemployment and high inflation, which when combined result in sluggish economic growth or a “weak demand for the plethora of goods that industry had the capacity to produce if only it could be assured of selling them.” 7

Officially, this resulted in the view that the old ways — interventionist policies aimed at protecting the masses and the environment from the vagaries of the market — had failed and that the only alternative was to replace it with neoliberalism. At least this is what we were told. But according to more recent analyses of that time period, the crises of the 1970s was a gift horse to the proponents of neoliberalism, allowing them to establish a foothold in order to advance their ideas.

In her book Shock Doctrine: The Rise of Disaster Capitalism, Naomi Klein chronicles how unpopular free market economic policies and laws that benefit the elite tend to get pushed through during and after chaotic junctures in a country’s history — wars, natural disasters, terrorist attacks, or economic upheavals like a market crash, currency meltdown or a major recession. She quotes the Nobel Prize–winning guru of free market policies, Milton Friedman, who taught economic theory for three decades at the Chicago School of Economics and is known for prescribing his brand of free market policies to the brutal Chilean dictator Augusto Pinochet after he seized power in a U.S.-backed coup in 1973. In his 1982 book, Capitalism and Freedom, Friedman recognized the strategic importance of “shock” when he wrote,

Only a crisis—actual or perceived—produces real change. When that crisis occurs, the actions that are taken depend on the ideas that are lying around. That, I believe, is our basic function: to develop alternatives to existing policies, to keep them alive and available until the politically impossible becomes politically inevitable. 8

When the economy tanked in the 1970s, it appears that Friedman’s free market ideas were not only the ones “lying around,” they were also the ones business and corporate elites liked best — no surprise since the ideology allowed for the unrestrained accumulation of capital.

And the politicians were listening. In his book, Swarts describes how political leaders at the time used both persuasion and “rhetorical coercion” to convince the public that a shift to neoliberal policies was desirable. Promises of material advancement, more pay, and more opportunity were made in an effort to persuade the public that the new economic policies were in their best interests.

Meanwhile, behind the scenes labour market laws were being forced through, which put workers and unions in a restricted position, weakened their bargaining power, and undermined previously hard-won gains.

Swarts argues that neoliberalism was touted as the “bitter pill” and people obediently swallowed. Even though a hands-off approach to economics was detrimental to the interests of ordinary people, governments of all stripes advanced these policies and continued to get re-elected. Persuasion and coercion were so successful that today there is no longer any debate about neoliberal assumptions — it is economic orthodoxy believed by the public, the mainstream media, and political parties of all stripes.

While British Prime Minister Margaret Thatcher was the first leader in the English-speaking democracies to embrace market-driven economic policies, nowhere did the transition take place as rapidly or as thoroughly as it did in New Zealand.

According to Swarts, in the span of a decade, 1984–1993, under three successive Labour governments the country underwent “a revolution” from being “the world’s first welfare state” — a model of egalitarian policies providing health, housing, and education to all — to being “the world’s first post-welfare state.” Swarts says that New Zealand was “hit with so many policy changes that you couldn’t keep up with them all.” 9

Neoliberal ideology — launched in Australia under Bob Hawke, in the U.S. under Ronald Reagan, and in Canada under Brian Mulroney — was on fire.

This is an except from About Canada: The Environment by Linda Pannozzo.