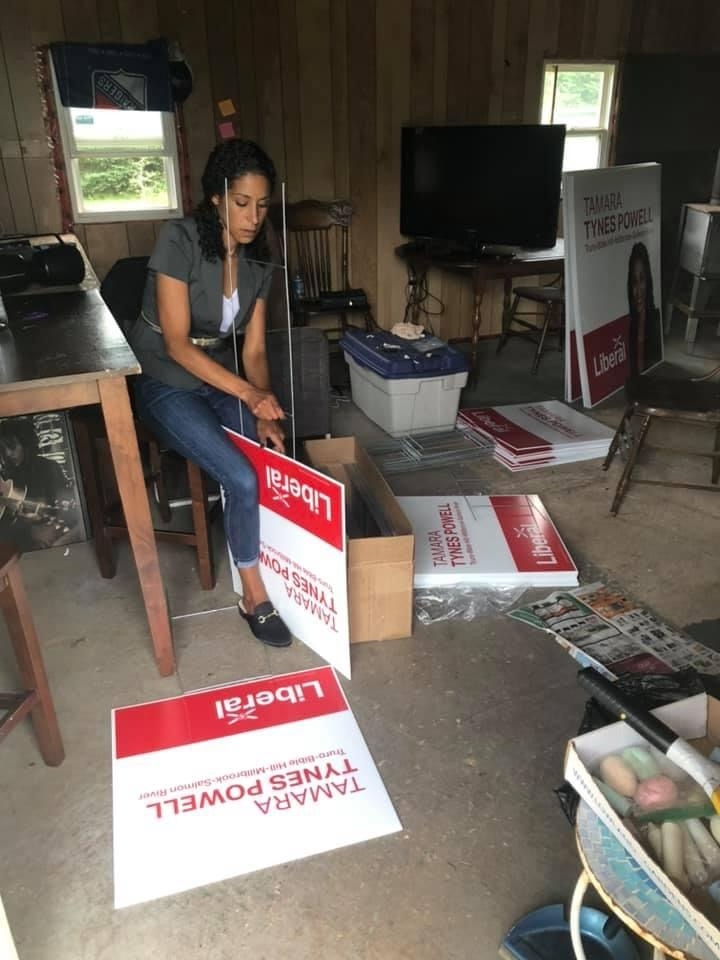 After her campaign signs were destroyed and burned on Sunday, Tamara Tynes Powell, the Liberal candidate in the riding of Truro-Bible Hill-Millbrook-Salmon River, told the Halifax Examiner it’s important to “stand up against any sort of hatred act.”

On Monday the Examiner reported the vandalism and burning of Tynes Powell’s campaign signs in Truro over the weekend.

Tynes Powell is the first Black candidate in the history of her riding.*

News spread early on Monday about the vandalism and burning of Tynes Powell’s campaign signs. At least one of the signs was located near the historical Black neighbourhood in Truro, known as The Marsh, where Tynes Powell grew up.

In a Facebook post Sunday night, Lenore Zann, the MP for Cumberland-Colchester, shared photos of the vandalism and wrote, “This is pure old right-wing racist Hate rearing it’s (sic) ugly head once more.”

The Examiner asked Tynes Powell in an interview if she has thoughts, fears, or concerns on whether the story making the news could have a negative impact on her chances of winning by rallying racist voters to the polls to vote against her.

“So for me it’s more important that I stand up against any sort of hatred act. And if that was to mean that I wasn’t elected, then that means that there’s a lot more work to do, and it doesn’t necessarily stop the work that I will continue doing.”

When pressed further as to why not then refrain from coming out with the story in the first place in order to, theoretically, better her chances of being elected to do that same work from the legislature, her response was swift, calling it a “personal decision”.

“For me, if I wasn’t true and authentic to who I am, what I stand for, then I don’t feel that I would be very good representation in the first place.” 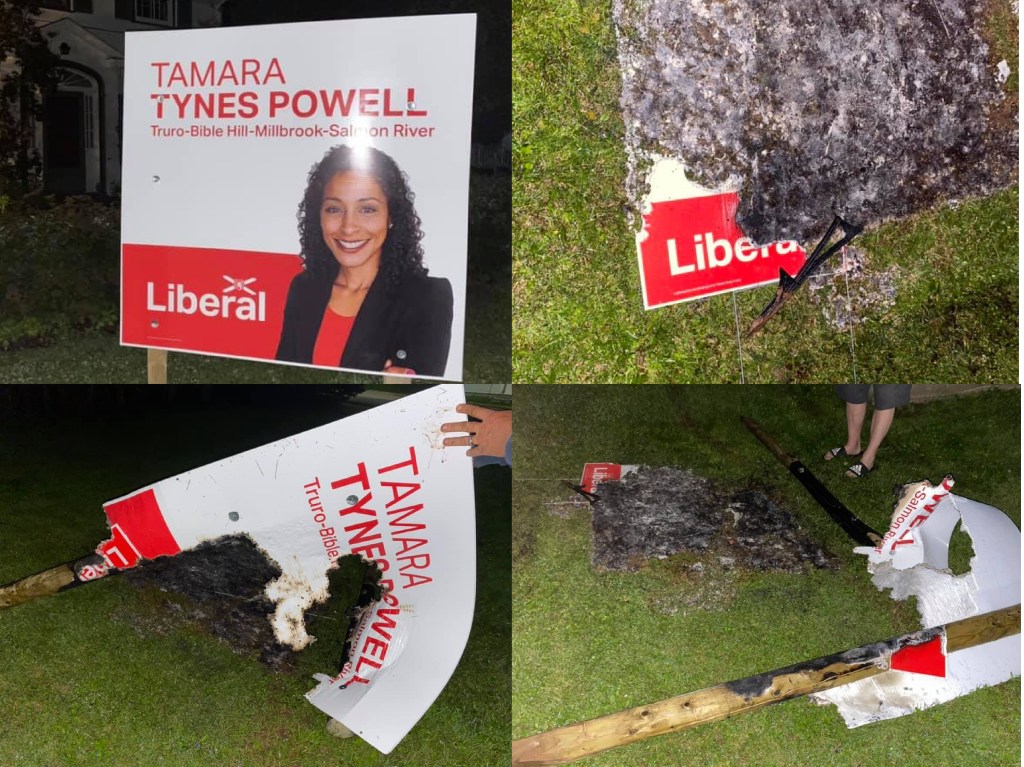 Tynes Powell also spoke about her background and her family’s history that she feels is rooted in her “passion for politics.”

I guess it just kind of runs in the blood. My grandfather (Ronald “Bussy” Tynes) was the first African Nova Scotian person to run for (Truro) Town Council in the mid 1960s. And he wasn’t successful, but he was the first to run. John Clyke, I believe was the second to try to run. Again, not successful. And my father ran twice before he was successful. And even when he finally became successful, it still had to go to the Supreme Court of Nova Scotia, I believe, to have a recount of the votes. And then he finally got in, and spent 12 years on municipal council here in Truro. And then ran once for mayor before he got out of municipal politics.

Her father, Raymond Tynes, once also sought the nomination for the PC candidacy in the same riding as Tynes Powell.

“I mean I was confident before I ran,” she said, “but at the same time, you put on a poker face, because I know I’m new to the game, right.”

When asked if she had any insight on what the polling suggests, she replied:

From what I’ve been told, in terms of how another party might strategize to, you know, win against another candidate, I’m a difficult candidate because they don’t really know what to do with me. I don’t fit the typical mould.

Tynes Powell is one of nearly a dozen Black candidates running in the upcoming provincial election, which takes place on August 17. 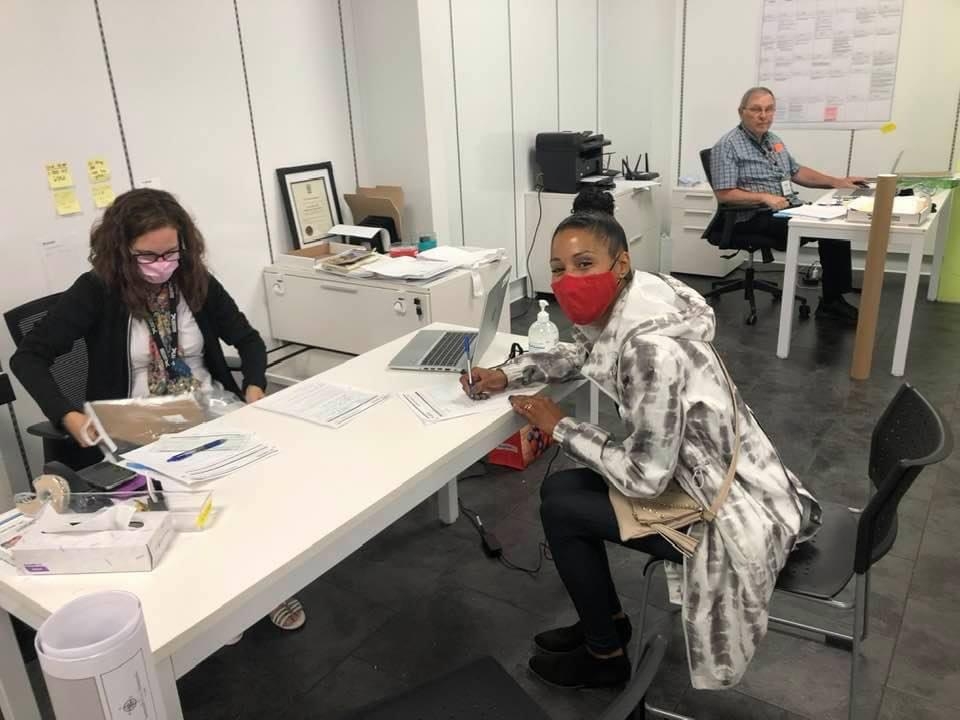 *We incorrectly stated that Tamara Tynes-Powell was the sole female candidate in the riding when, in fact, female NDP candidate Deanne DeAdder was also a candidate.