Good news! You can now link to any part of a Morning File post by simply scrolling past the headline or sub-headline you’re interested in, then copying the URL from your browser and posting it on Facebook or Twitter (or anywhere else) to share. Or, to put it a different way, you can now link to wherever you are on the page.

So, unless there are serious objections, I’m doing away with the menu that I’ve previously opened Morning File with.

I’d like to thank Dean Gallant at Pinwheel Design for setting this feature up. Dean has become my go-to tech person and has always come through in spades.

“They are so inundated with paper work, data entry, data collection and all of those things take away from their planning time when they should be planning lessons that will benefit their students. They are coming away from the day, every day, feeling like they haven’t given their best to their students. And they are very angry that the government really isn’t listening to those messages.”

“New Brunswick’s Court of Appeal has overturned Dennis Oland’s conviction for the second-degree murder of his millionaire father, and ordered a new trial,” reports the Canadian Press:

The appeal court rejected Oland’s claim that the verdict was unreasonable, but found the trial judge did not properly instruct the jury on evidence around the jacket Oland was wearing the day of the murder. 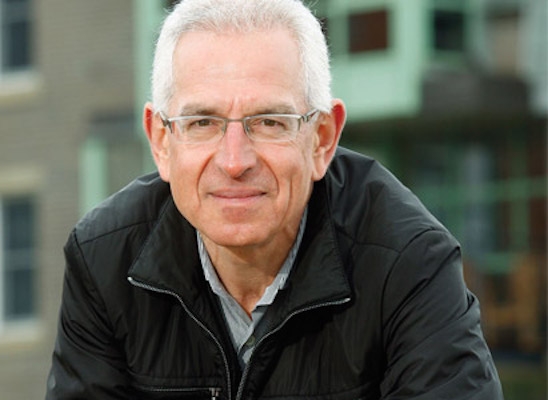 “A condominium and retail-store developer named by the Liberal government to the board of directors of the Halifax Port Authority appears to have breached Prime Minister Justin Trudeau’s ethics rules by attending a $1,500-a-ticket fundraiser for the governing party,” report Robert Fife and Steven Chase for the Globe & Mail:

Jim Spatz, chairman and chief executive officer of Southwest Properties, was one of about 15 corporate executives who gathered on Oct. 13 at an exclusive Halifax fundraiser where Finance Minister Bill Morneau was the star attraction. He was the only person at the event who serves on a federal Crown corporation.

Mr. Spatz is a major land developer in Halifax. He owns Bishops Landing, which includes shops, restaurants and condominiums, on the waterfront adjacent to the Halifax port.

The Halifax Port Authority hired outside consultants in September to examine the potential of moving one of the terminals as part of a master plan for a so-called big ships strategy that could open up 175 acres to property developers on prime waterfront lands.

Soil and slate from another major Southwest condo development is being dumped in the Fairview Cove terminal. The terminal is a short drive from Mr. Spatz’s $140-million Pavilion in South Park condo complex, now under construction.

“We are able to help the developers by providing them with a reasonable disposal option, use that material to infill one of our water lots, and there is a development handling fee so essentially it’s become a revenue stream as well,” Halifax Port Authority spokesperson Lane Farguson told The Globe and Mail.

Spatz and the Port Authority denied that there is a conflict.

Speaking of infilling the water lot at Fairview, have you seen the extent of that operation? The Bedford Basin is being filled in at an alarming rate, as the container terminal wraps around to the north and east, enveloping the Africville site. If this continues much farther, the restored church will no longer have a water view.

I don’t recall this operation being discussed publicly. 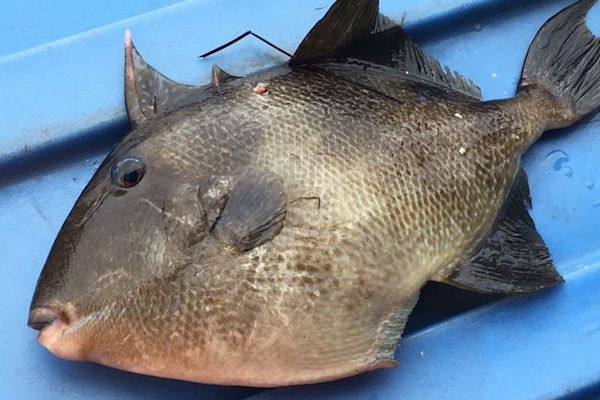 “A Digby lobster fisherman hauled up a bit of surprise,” reports Jonathan Riley for the Digby Courier:

Glen Oliver, first mate on the Randi & Brianne, was hauling traps in the middle of the Annapolis Basin Oct. 22 when he saw something he’d never seen before.

He hollered to captain Ralph Cummings to take a look.

Cummings had caught a grey triggerfish (Balistes capriscus) about a foot and half long with a deep body, tough leathery scales, eyes set back and high up on the body and a little beak-like mouth.

Triggerfish are more often found in the warmer waters south of here but often do end up off Nova Scotia in the fall when the waters are warmer. 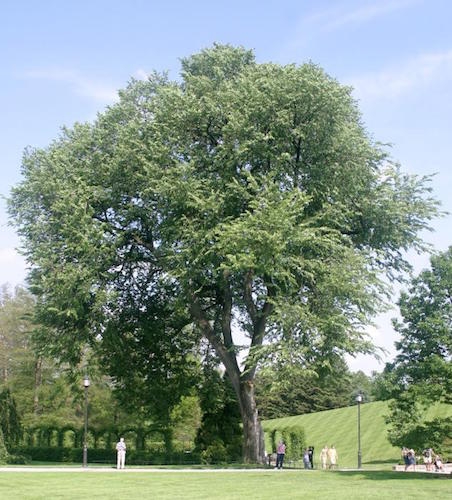 This morning the city issued a tender offer for 155 trees. This should be unremarkable, but a few years ago city council had stopped buying new street trees, and only restarted the purchases when citizens demanded it. So this return to normalcy is welcome.

Even better, we seem to be moving away from the crappy little street trees that have for too long dominated urban forestry thinking. Back in the 1980s, I complained to an urban forester in California that he seemed to be planting only tiny trees whose roots wouldn’t threaten the sidewalk and that wouldn’t grow more than about 20 feet high. “Why don’t you plant some shade trees?” I asked (shade is really important in California). He looked me straight in the eye and said, “every tree is a shade tree; even a telephone pole casts shade.” What do you do with that?

But, thankfully, the current city order includes 65 Gingkos, which can get fairly large and cast significant shade, and to my great surprise, 25 American elms (the other trees are an assorted lot of maples and such). Urban foresters used to have complete disdain for the truly majestic elms because they supposedly were all dying from Dutch Elm disease, but I think the real reason is they need to be properly cared for and no one much had the training or time for them.

I have no idea exactly where these trees will go, but this is a good news story. 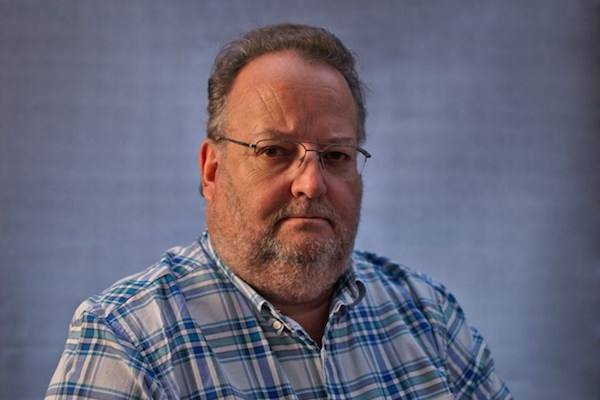 Amend the Employment Standards Act so that all employees accrue a minimum of two hours of paid sick time for every 35 hours worked and amend the act to prohibit employers from requiring evidence such as medical notes to entitle workers to personal emergency leave or paid sick days.

Way back in July 2014, just a few weeks after I started the Halifax Examiner, I critiqued “a weasely, unfair, untrue, and sensationalist attack on workers” published by the CBC. The CBC article, which was not bylined, channeled the Canadian Taxpayers Federation’s dishonest framing of the sick pay issue. After I detailed the multiple dishonesties in the article, I wrote:

I do credit the article with discussing employee stress, but I wish it had also asked the question: Do you really want the guy in the next cubicle over to come into work and cough up Ebola all day long? Haven’t we just gone through a flu season when we were urging sick people to stay home?

I am 17 years old, grew up in Grand Narrows and I have always seen the environment as being something that we should care for.

On Oct. 10 a large amount of rain fell from Hurricane Matthew. My father and I decided we’d go for a drive to see the damage done, checking in with neighbours to see if they needed help and so forth.

We drove to Iona and going along the road towards Grasscove we came to a small bridge. The water from the pond had come across the road and ran into the lake. We thought we would stop and try to make some drains so the water would go under the bridge rather than over the road.

It was then we noticed a hole in the road with yellow stuff in it. We got closer and realized exactly what it was – yellow spray styrofoam.

I couldn’t believe it. Rather than fill the hole in the road with gravel someone did this right beside a pond where wildlife is all over the place.

They should have just left the hole in the ground.

Human Resources (10am, Province House) — one of those “collect the per diem” meetings called to appoint people to agencies, boards, and commissions. 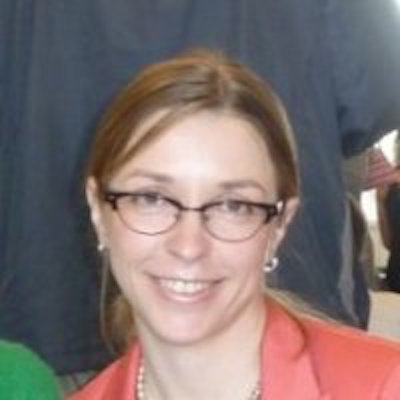 Head injuries and prison health (12:30pm, CH&E Classroom, Room 409, Centre for Clinical Research, 5790 University Ave) — Katie McIsaac, from the Nova Scotia Health Authority, will speak on “The Health of Men and Women in the Criminal Justice System.” Her abstract:

1 in 250 Canadian adults will be in a correctional facility in their lifetime and over 110,000 are under correctional supervision on any given day. The health of people in correctional facilities tends to be poor: characterized by high rates of substance use, infectious disease, and mental illness. This talk will focus on some past, present and future initiatives that I have engaged in with respect to prison health research with a particular focus on how head injuries may impact correctional outcomes in the federal justice system.

The University of Chicago’s incoming 2020 class received a much debated welcome letter from their Dean of Students. The letter was meant to prepare incoming students with their policy to promote freedom of expression and academic discourse, and that they would not be supporting a “trigger warnings” policy. Trigger warnings – a technique used in teaching to alert students to sensitive, uncomfortable and potentially traumatic material – are designed to create safe spaces for learning, and protect students from topics and speakers that may have a negative impact on them.

Since the dissemination of the letter on August 24th, 2016, University of Chicago has received both an outstanding amount of support and backlash to this stance. Some believe that the point of higher education is to challenge our perspective and understandings of the world, and that this discomfort is a critical and significant part of learning. Others believe this goes against the creation of a campus that supports civility and respect, and may spark disruptions in the learning process rather than fostering a safe space for uncomfortable learning. This session will discuss the use of trigger warnings, the importance of academic freedom in teaching, and discomfort as a part of learning. Participants are encouraged to share their own experiences with trigger warnings (both as a student and a teacher).

You’re supposed to register for the event, here, but just show up and see what they say.

The Internet’s Own Boy: The story of Aaron Swartz (6:30pm, Killam Library program room, fifth floor) — a film about Aaron Swartz, an internet whiz kid who was driven to suicide by US federal prosecutors. This Guardian article gives an overview of the film and the man. 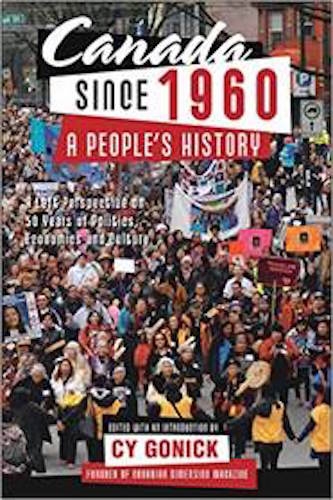 Canada Since 1960 (Tuesday, 1pm, Library Room LI135) — Judy Haiven and Larry Haiven will talk about their contributions to Canada Since 1960: A People’s History – a Left Perspective on 50 Years of Politics, Economics and Culture. 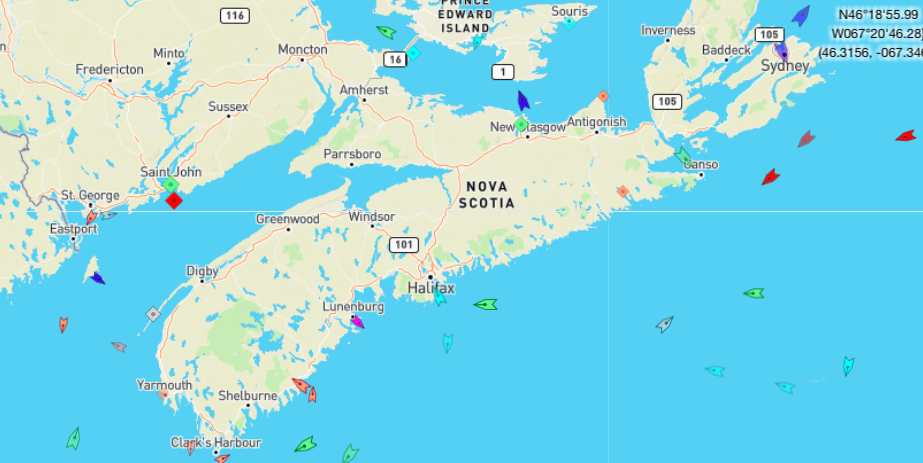 The seas around Nova Scotia, 6:30am Tuesday. Map: marinetraffic.com