The social isolation measures around COVID-19 have caused communities to adapt quickly to new forms of interacting. As in-person gatherings have shut down, online platforms have become popular places not only for business meetings and university lectures, but also for music performances, information forums, protests, or even casual hangouts.

But with the rush to online spaces, people from racialized and marginalized communities say that platforms are not doing enough to prevent harassment. In the past few days, organizers of online events have had to shut down chatrooms that filled with racist and homophobic slurs.

Activists and academics warn that these attacks are not just examples of isolated and opportunistic trolling, but reflect an increasing climate of racism at a time of fear and anxiety.

Robyn Maynard, the author of Policing Black Lives, was part of an online press conference on Saturday that was organized to publicize the hunger strike by people held in immigration detention in Laval. The detainees are calling for release from the facility.

The conference had to be restarted as the call was overtaken by a wave of racist and sexist slurs. Maynard describes what occurred:

I was moderating a press conference organized by Solidarity Across Borders about #HungerStrikeLaval that featured Abdoul, an African migrant detainee and asylum seeker on hunger strike due to the high risks of exposure to COVID-19 in the detention centre, demanding immediate release. Medical and legal experts from across the country were also in the conference.

Unfortunately, our conference, organized over Zoom, had to be delayed because it had been infiltrated by people sending racist and sexist messaging through the platform in an attempt to disrupt the conference.

Stacey Gomez, a migrant rights activist who participated in Saturday’s press conference, says that racist attacks on online forums result from the heightened fears of immigrants and foreigners stoked by the response to COVID-19, and measures such as shutting the border:

We know that with the current public health emergency we’re in, the need for organizing is as urgent as ever. The differential impacts of COVID-19 on vulnerabilized communities, like Indigenous people, incarcerated communities, and including detained migrants, make this a matter of life and death.

Web-based platforms allow us to come together across geographic distance to continue this work. But, they come with their own set of challenges.

Saturday, I participated in a virtual press conference highlighting coast-to-coast support for migrants detained at the Laval Immigration Detention Centre…The press conference got off to a late start and organizers had to respond quickly when trolls came on spewing racist and sexist messaging. Ultimately, they had to create a new web link and re-send that out.

As this incident highlights, we’re facing increased racism and xenophobia within this current moment. We see this with people of colour and migrants being blamed for the spread of COVID-19. This is also backed up by the Canadian government’s policies, including the banning of asylum-seekers as a response to COVID-19. 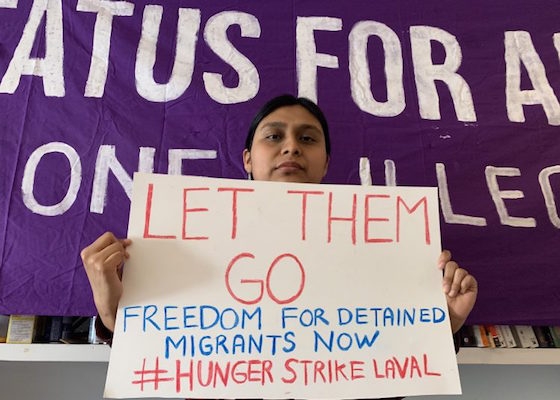 A Sunday webinar on COVID-19 and the future of public transit also had to restart as the chat was overrun with racist and homophobic content. Desmond Cole, a panellist for the event, said he experienced an initial feeling of shock to see the chat filling with the n-word. But, as Cole points out, Black people regularly experience these kinds of attacks online, and platforms have historically done little to protect Black users: 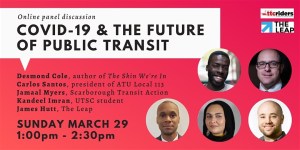 The increasing use in the past few days of this tactic to attempt to disrupt and shut down events featuring people from racialized communities suggests that these are co-ordinated attacks. Alex Khasnabish is the chair of the Department of Sociology and Anthropology at Mount Saint Vincent University. His research specializes in white supremacist groups and organizing. Khasnabish says that white supremacist groups are adept at using and adapting to online spaces:

I’m dismayed but not at all surprised that white power and alt-right activists are taking advantage of the COVID-19 crisis to agitate and propagandize.

I think most people don’t realize how long white supremacist activists have been using the Internet to spread their message, recruit, and organize. That’s been happening since the ‘80s but the alt-right has made digital trolling into an art form over the last decade.

I think what’s different now is that social media platforms have become not just a way to organize but to intervene publicly. YouTube, Twitter, and Facebook, to say nothing of image boards like 4 and 8Chan, have all been thoroughly invaded by the far right and white supremacists. 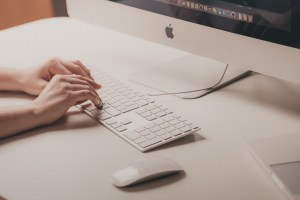 Like many other activists, Khasnabish says online platforms must be responsible for protecting their users from this kind of harassment. But he also cautions about relying upon corporate platforms as the solution for racism, citing the opportunities for more surveillance or repression which will descend far more heavily on marginalized communities. Khasnabish says this moment requires a community response:

As social distancing has compelled so many of us to do more work online using a variety of digital platforms, there the alt-right is, ready and waiting. Ironically, the kind of presence they can’t muster physically yet they can manifest online with really serious implications.

We know that grassroots pressure can compel these corporations to shut down hate organizing and propagandizing. We know these platforms have the tools to deny access to those who would use them to incite hate but they have to take this seriously.

Finally, Khasnabish raises the connections between racist violence in the public sphere and the challenge this poses for institutions.

Moving so much of our work online also opens us up to other forms of harassment and violence and I think the institutions mandating this have to be responsible for dealing with its consequences. For example, just last week we were seeing tweets encouraging students to send in video of their supposedly left wing professors so they could be identified for the purposes of sustained harassment campaigns.

Universities and other educational institutions have to defend the academic and civil liberties of the employees they are opening up to this kind of targeted harassment that the alt-right is so well known for. Above all, we can’t be naïve or complacent about this. There’s always a lot at stake in times of crisis and fascists are unfortunately very adept at taking advantage of these opportunities, we have to be equally well organized to defend each other.

Many academics have already raised concerns about university administrations pushing for courses to rapidly go online during the COVID outbreak without careful consideration of the implications for teaching and the risks to teaching staff.

The Black Canadian Studies Association released a statement on March 21 declining to attend the annual Congress of the Social Sciences and Humanities. Congress switched to a virtual conference for 2020. BCSA members argue that the theme of anti-Black racism supposed to be taken up by the conference in response to the racial profiling of Black graduate student Shelby McPhee at last year’s gathering cannot be adequately addressed in an online format.

In subsequent tweets, the BCSA cited the “risks and harms” that Black people face online which they say have not been adequately considered by organizers.

Neoliberal culture positions technology as an uncomplicated good that solves social problems. We see this in the push for body cameras as the solution for police brutality, increased surveillance to “prevent crime,” or the push for “open classrooms” that are used by academic institutions to argue against hiring tenured staff.

But this uncritical embracing of technology ignores the ways inequality is reproduced. According to Val Marie Johnson, the chair of the Department of Social Justice and Community Studies at Saint Mary’s University:

What this crisis lays bare are the combination of pre-existing structural inequities (intersecting racism and settler colonialism, class and economics, gender, and more) with the fact that these inequities mean that vulnerable groups and communities are disproportionately impacted by the crisis itself, structured limitations to crisis responses, and the need to build solidarity for meaningful solutions.

When we migrate learning online during crisis, for example, how are we as faculty (especially the securely employed among us), administrators, and institutions addressing now compounded inequities?

Are we creating solutions that respond to, or simply re-inscribe, hierarchies, between secure versus precarious labour, international versus domestic students, in student technology access, in vulnerability to surveillance, anonymized attacks, and intellectual property loss, and shaping the lack of learning and community spaces for the least represented and most-underserved?

Alexander McClelland, a Banting post-doctoral fellow at the University of Ottawa who studies the intersections of criminalization and health, has also recently experienced online vandalism related to his work on policing and COVID:

Our Google doc to track the increase of police powers under emergency public health laws was erased and vandalized twice, I had it open for edit (naively), as I wanted to have people add what was happening in their communities. Pro-policing trolls erased everything that we collected, replacing the document with just the word “nope.”, and another time with a statement about how we need to arrest people with COVID-19.

McClelland says this vandalism reflects the growing calls to police our way out of the pandemic, and warns about the dangers of online surveillance and policing as State of Emergency measures across the country encourage intense forms of social monitoring:

The logic of policing is at an all time high, with police are being framed as heroes in the response to COVID-19, and widespread forms of community policing being encouraged with “snitch lines” popping up across the country.

Widely used platforms such as Facebook and Twitter are the least secure, often ignoring actual racist and homophobic attacks. People are scared and are lashing out in fear, inciting hatred and ignorance, as we have seen with racist attacks against Asian-run businesses.

With all of our collective organizing going exclusively online, communities that are always at risk, including people of colour, queers, people who buy and sell sex or drugs, and people living with HIV, are now at heightened threat for surveillance, forms of sabotage, attacks and trolling. 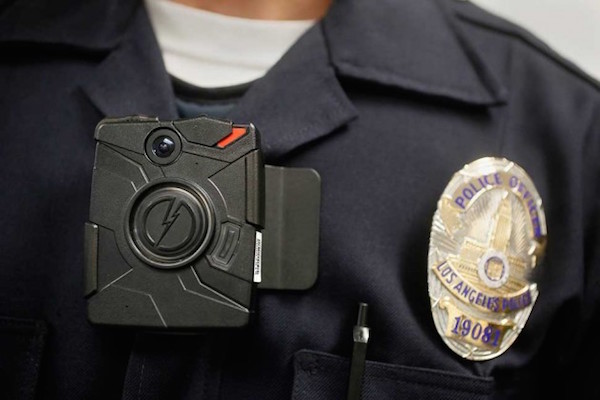 McClelland also cautions that social justice organizing has become even more dangerous at a time when people seek order and are much less tolerant of dissent. Calls for social solidarity to get through the pandemic can also work to silence people who raise questions about the measures being taken:

In this context of panic, fear, and uncertainty, critique and community organizing to address forms of inequality are more and more perceived as a threat to authoritarian responses to COVID-19. And now in a context driven by fear, panic and suspicion, any kind of resistance or organizing is under heightened scrutiny, surveillance and hate.