You are here: Home / Featured / Tourism is dead in its tracks: Where to from here? 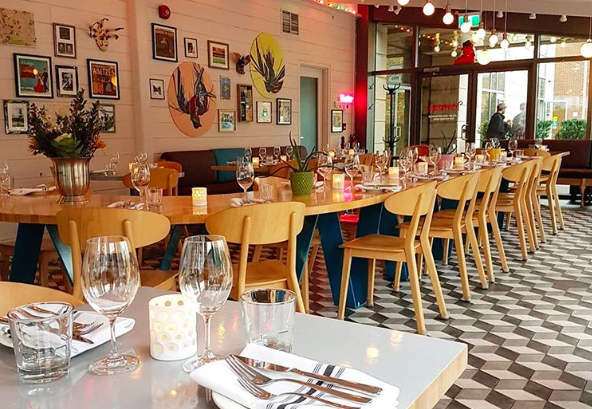 “There is nothing that compares to this, says Ross Jefferson, the CEO of Discover Halifax, a non-profit agency that works with Tourism Nova Scotia to promote the city to visitors. “It is eclipsing the financial crisis of 2008 and 9/11 when we saw the world stand still and airplanes frozen. This issue has affected the entire world and essentially shutdown our industry.”

Jefferson says the annual 5.3 million overnight visitors Halifax attracted  last year generated $1.3 billion in spending on accommodations, food, drink, and entertainment. About 15% of spending flowed to hotels which employ 3,000 people (full and part-time, many of whom are new to Canada). Jefferson says eight major hotels in the city have closed their doors since the state of emergency was declared March 22.

“There are 2,550 restaurants in HRM and 2,295 that are closed,” continued Jefferson. Of the 34,000 people tourism employs in the provincial capital, he estimates between 25,000 and 28,000 people have lost their jobs.  And while governments are helping laid off workers through Employment Insurance, Canada Emergency Benefits, and Nova Scotia Bridging Benefits, those cheques cannot make up for the lack of consumer spending.

“Everything from a tourism perspective has dried up. The $1.3 billion has evaporated,” says Jefferson. “The few who have been able to refocus on experiences here for people in this region are able in some cases to keep the doors open. But the vast majority are out-of-business. They are temporarily closed down, whether it is a hotel or restaurant.” 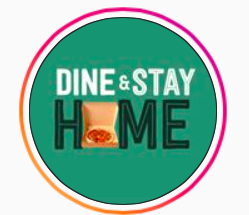 Discover Halifax is working to do what it can to staunch the bleeding. It has launched a “support local” campaign promoting restaurants which are still providing takeout and delivery of meals and alcohol through its website and social media. https://discoverhalifaxns.com/support-local-eats/

Postponed blockbuster events such as the World Women’s Hockey Championship and North American Indigenous Games have committed to returning to Halifax in 2021. Thirty-three conferences booked for the Halifax Convention Centre and downtown hotels cancelled between March and the end of May. According to Jefferson, the team at Discover Halifax has managed to re-book 90% of those conferences for late 2020 or 2021.

What happens to dozens of other conferences is anybody’s guess. “Events, meetings and conventions are important to Halifax’s economy with the direct economic impact for upcoming major events and conferences estimated at $56.2 million for the 2020 season,” said the CEO.

The 1.3-billion-dollar question is how long might it be before the travel industry starts to come back?  Jefferson says a full recovery won’t be possible until a vaccine emerges to eliminate the risk of getting COVID-19. That could be a year away. And with international borders closed indefinitely, businesses which rely on leisure spending are pinning their hopes on an eventual easing of physical distancing measures that might permit travel within the province and possibly, the Maritimes.

“We know our greatest opportunity to generate revenue in the recovery will be with provincial and regional travel and it is not only marketing adjustments that need to take place,” says Darlene Grant Fiander, the president of the Tourism Industry Association of Nova Scotia (TIANS). “With a late start to the traditional season, realigning investments by government, extending the season toward year round, ensuring public infrastructure is open, and ensuring we invest in local events throughout Nova Scotia will all be key to generating important tourism revenue and tax revenue for government.”

TIANS has set up a Strategic Rebuilding and Marketing Committee chaired by Glenn Squires, a former TIANS president as well an experienced hotel operator and CEO of Pacrim Hospitality Services. Tourism employed over 40,000 people in Nova Scotia last year and generated over $300 million in tax revenue for the government. The Committee’s job is  “to focus on activities once people start to move again”.

“The industry has been decimated but it is resilient,” said Darlene Grant Fiander in an email to the Halifax Examiner. “It will require innovation, local support, and a Nova Scotia First campaign as we rebuild for the future.”

Two-thirds of the visitors HRM receives come from Nova Scotia, New Brunswick, and PEI. Whether some level of regional travel will return by this summer is described as “a significant risk” by Ross Jefferson. 2020 may be the first year there is no summer tourist season. COVID-19 has scrapped the Royal International Tattoo, while summer festivals around the province are in a quandary about whether to roll the dice and proceed.

“We do think there is the possibility for regional markets and for domestic markets to return if and when Canada and Nova Scotia is able to get the disease under control and eliminated,” echoes Jefferson. “You are more in control if you arrive by your own vehicle and of course, travelling close to home is more affordable.”

Discover Halifax relies on the Hotels Association of Nova Scotia for 60% of its operating budget. The agency is actively working with community partners to fill some of those empty rooms. Some hotels are now renting entire floors to the Nova Scotia Health Authority, to house doctors and nurses if they need to self-isolate because of close contact with patients suspected or infected with COVID-19. Another unnamed hotel has rented a floor to Out of the Cold, a shelter for homeless men in the city. The Westin Hotel is putting up a couple of hundred Navy personnel while they self-isolate for two weeks before a mission. In fact, the only business hotels and Airbnbs are doing these days is related to the pandemic.

One Airbnb in Hall’s Harbour was booked every weekend by a weary grandmother looking for respite after taking care of grandchildren all week. Another became a “staycation” destination for a couple combining a mat-leave with a partner working from home. A third house was booked for five days by a client who wanted to get groceries and run errands for elderly parents so they wouldn’t have to leave their house.

“I’m personally not too worried because of what I have seen in the beginning stages of this pandemic,” says Noelle McGough. “Bookings came quickly. People were saying, ‘I’m stir-crazy, do you have anything available? Even if I have to stay home, what can this look like?’ When this does start to ease up, people are going to be so ready to get out of the house. They may not want to get on an airplane … and it will be much cheaper to go to the Valley or Cape Breton for four days. At least that’s what I’m holding on to.”