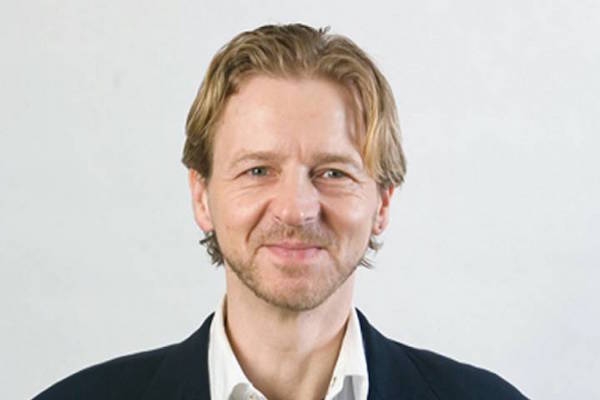 “The man responsible for killing popular Halifax activist Raymond Taavel has been granted the ability to go into the community with direct supervision in a decision from the Criminal Code Review Board, despite recent homophobic comments and ‘breakthrough’ symptoms of his mental illness,” reports Haley Ryan for Metro:

On Tuesday, four members of Criminal Code Review Board (CCRB) decided Andre Denny will remain in the East Coast Forensic Hospital (ECFH) but have regular Level 2 (L2) community access supervised by medical staff or an approved volunteer/family member before returning each night, which is a change from his L2 restricted status where the 38-year-old could only go out for supervised medical appointments.

Denny killed Taavel outside Menz Bar on Gottingen Street after Denny failed to return to the hospital after he was issued a one-hour pass for a smoke break on the property.

Taavel’s partner Darren Lewis sat directly across from Denny and his family at the hearing, and told the CCRB that while he’d like to see Denny back with his family “I don’t think I’ll be able to trust Andre will ever be OK,” and has trust issues with the process because Denny was allowed community access before, and violence occurred.

Lance Paul, Denny’s father, said in the hearing Membertou is the best place for Denny since his family, friends, and Mi’kmaq culture are close at hand and can best support him. Nodding at Lewis, Paul said he understood his suffering but “we’ve lost too” because with Denny’s years in custody his mother wasn’t allowed to hug him one last time before she passed away. 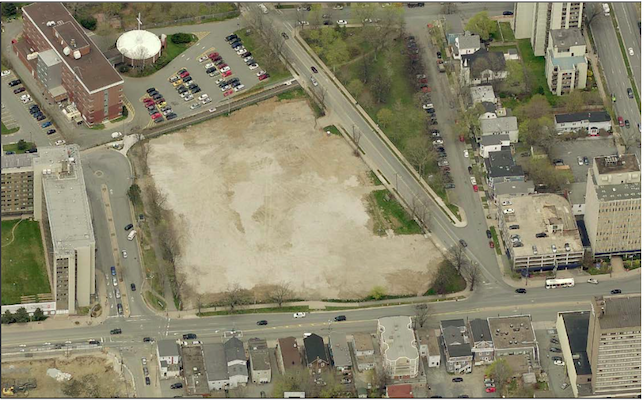 The city this morning issued a Request for Proposals for a real estate brokerage firm to handle the sale of the former St. Pat’s High School land to a developer. The RFP will be awarded on August 8, but there’s no timeline for selling the property.

Natural Resources Canada (NRCan) issued a Request for Proposals this morning for a research vessel to conduct a 35-day geological study of the Davis Strait, Hudson Strait, Foxe Basin, and Baffin Bay, with the aim

to improve understanding of the surficial geology, seafloor properties, and processes on the continental shelf and slope. Specifically:

1. Assessment of regional surficial geology framework in the area. This includes the seabed sediments and shallow subsurface bedrock, as well as their physical properties.
2. Investigation of targeted seabed features in the study areas, including known and potential seabed hydrocarbon seeps.

Ah, always with the hydrocarbons.

Besides the ship’s crew, the vessel will carry a research team of 14 people. The voyage is to leave Halifax on September 1. 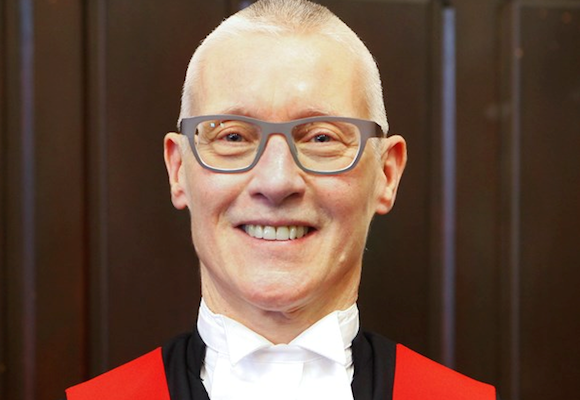 The federal Department of Justice issued the following release yesterday:

The Honourable Jody Wilson-Raybould, Minister of Justice and Attorney General of Canada, today announced the following appointments under the new judicial application process announced on October 20, 2016. The new process emphasizes transparency, merit, and diversity, and will continue to ensure the appointment of jurists who meet the highest standards of excellence and integrity.

The Honourable Anne Derrick, a judge of the Provincial and Family Courts of Nova Scotia, is appointed a judge of the Nova Scotia Court of Appeal. She replaces Mr. Justice J.E. Scanlan, who elected to become a supernumerary judge effective September 6, 2016.

Cindy Murray, managing lawyer of the Antigonish Legal Aid Office, is appointed a judge of the Supreme Court of Nova Scotia in Halifax. She replaces Mr. Justice J.D. Murphy, who elected to become a supernumerary judge effective March 1, 2016.

Christa Brothers, a partner at Stewart McKelvey, is appointed a judge of the Supreme Court of Nova Scotia in Halifax. She replaces Mr. Justice A.W.D. Pickup, who resigned effective September 30, 2016.

The appointment of Derrick to the Court of Appeal is sure to elicit howls of outrage, as some people think of her as a “liberal” judge. If by “liberal” we mean “believes in social justice,” I’d agree; her biography:

Madam Justice Anne Derrick chose law school with the intention of using her degree to try to effect positive change. After graduation from Dalhousie Law School, she joined the Nova Scotia Bar in 1981 and co-founded, with two law school classmates, a feminist all-women’s law firm in 1984. During her 24 years in practice, Justice Derrick concentrated on public interest and equality litigation, criminal law (including criminal defence work), and social justice advocacy. Justice Derrick was involved in several high-profile cases — for example, serving as one of Donald Marshall Jr.’s lawyers at the Royal Commission examining his wrongful conviction and as counsel to Dr. Henry Morgentaler. She was also privileged to represent less-visible clients, such as women in the sex trade and survivors of historic sexual and physical abuse at youth institutions in Nova Scotia.

(As judge, Derrick authored the 460-page judicial Inquiry into the death of Howard Hyde, a 45-year-old man with chronic schizophrenia who died while in custody in Halifax. I think, given the recent death of Corey Rogers in custody, that a reading of Derrick’s 2007 report is in order.)

So she believes in equality among citizens. If that makes her suspect, so be it. But I read court decisions every day, and Derrick’s decisions aren’t any more liberal or conservative than decisions from the rest of the judges. I’ve seen her come down hard on defendants, and I’ve seen her express hope for the possibility of redemption, or at least living on the straight and narrow, just like all the other judges — Derrick doesn’t stand out in that regard.

5. Council and the road train

I had a meeting yesterday morning so wasn’t at City Hall during the opening of the council meeting, when Trish MacIntyre “disrupted” the meeting, meaning she talked out of line and insisted that council address the Cornwallis issue. She was escorted out of the building.

I’ve seen all sorts of groups and individual people get upset at council, become disruptive and interrupt proceedings — the folks concerned about the closing of the Dartmouth fire station, labour union members, environmentalists, and so forth. People don’t understand or appreciate council procedures, and they get frustrated. So it goes. If we can’t stand the occasional outburst from the audience, we shouldn’t be in the game.

I arrived in time for what I hoped would be a public discussion of the request for funding for the road train, but council pushed the issue into a private meeting, and by the time it later became public I had other duties outside City Hall again. I detailed the issue yesterday.

But, reports Zane Woodford for Metro, council ultimately decided to, with conditions, award the road train $120,000 over three years:

And staff had further concerns based on an auditor general’s report from 2011 which looked at the municipality’s contribution to the Seaport Farmers’ Market.

That report “raised some concerns with the practice of providing funding to a not-for-profit society which is attached to a private sector entity.”

Those conditions are: “proof of incorporation of the not-for-profit society established to operate the Train; a detailed budget that includes expected contributions of confirmed partners; a detailed Service Plan, hours of operation, number of daily trips and passenger capacity; and a requirement for detailed data collection and reporting to HRM.”

As I reported yesterday, the non-profit Road Train Society is entirely controlled by Dennis Campbell and employees of his privately owned Ambassatours business, the point of the road train is to make sure tourists can get to the Campbell-owned Murphy’s businesses on the waterfront, and the train itself is owned by Ambassatours and leased to the non-profit.

Maybe I’ll set up a non-profit Society for Excellence in Journalistic Snark so I can get city grants funnelled to support this worthy private business.

Speaking of which, I noted yesterday that the 21-storey Maple building on Hollis Street was proposed, went through the regulatory approval process, began construction, saw construction interrupted as a new contractor was hired, finished construction, and is now open for business, all since the Nova Centre started construction. The Nova Centre is a long way from opening, it looks like.

I can’t get excited about parades. They seem so forced, a mandatory ritual. But to each their own, I guess.

Pride parades started as angry, in-your-face political expressions: We’re Queer and we’re here, and we demand respect, dammit. Over time, as society has become more open to accepting Queer people as equal citizens, the Pride parades have become more celebratory than political, and that change is angering people who still face discrimination and worse. So there’s a bit of a disconnect when the Prime Minister shows up to walk in the parade.

But I’m thinking… why not combine the two? Think of a Pride in Cole Harbour Parade, with Sidney Crosby and Justin Trudeau as co-marshals, holding hands while walking down Forest Hills Avenue, and sports fans lining the road in celebration of homoeroticism in sport.

I’d go to that parade.

Community Planning & Economic Development Standing Committee (Thursday, 10am, City Hall) — councillor Lindell Smith is asking for a staff report responding to a letter from Basic Income Nova Scotia. Unfortunately, I can’t find the original letter (don’t get me started on the city’s new website redesign), so I can’t tell you anything more.

ArtsHalifax Advisory Committee (Thursday, 3pm) — well, the meeting shows up on the city’s event page, but absolutely no information is given about it, including where the meeting is being held or what they’re talking about.

Active Transportation Advisory Committee (Thursday, 4pm, City Hall) — er, I have no clue what this one is about either, as the link to the committee page on the city’s brand new super-duper redesigned website is dead as a doorknob. 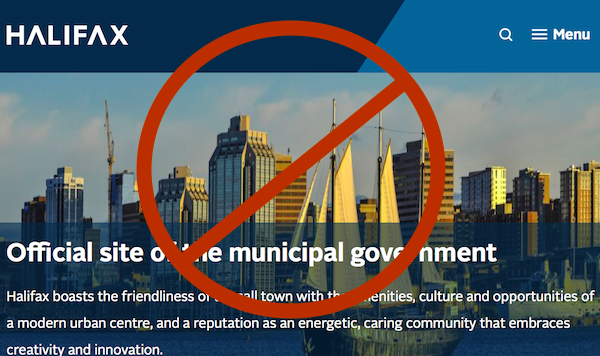 I really don’t want to get into the website redesign problems because my doctor has told me to watch my blood pressure and my priest has told me such thoughts are damnable and my dog really doesn’t deserve to get kicked and I don’t have time in any event. Did I mention that it cost $1.8 million and nothing works? Did I mention that every link to the website that’s been published in every news article in this and every other publication for the past 10 years is now dead? Sorry, Fido. I’ll move on.

Faculty of Agriculture Community Day (Thursday, 10am, Truro’s Civic Square and Farmer’s Market) — The Dalhousie Agricultural Campus invites you to a fun day in the community, rain or shine. For this year only, the event will take place off-campus. Fun and excitement, hands-on activities, live music, food and more! 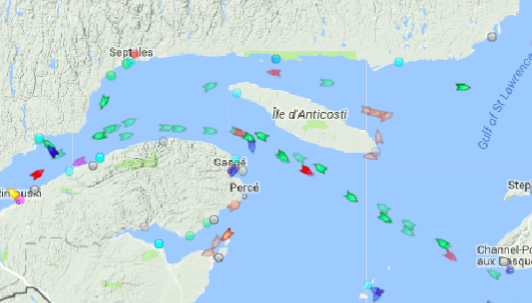 There must be something worth going to down the St. Lawrence River. Map: marinetraffic.com