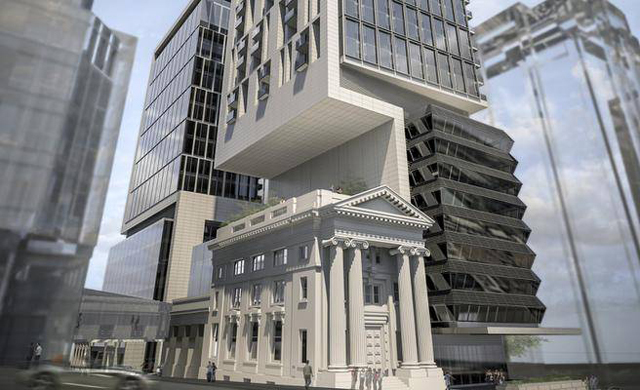 The preliminary hearing in the Loretta Saunders murder trial has begun, but there’s a publication ban on evidence presented at the trial, which leaves reporters in a difficult situation. There’s not much to actually report on, besides the sad reaction of Saunders’ family to the evidence presented. The trial is being heard by Judge Anne Derrick, who made her reputation as a defence lawyer, most notably in the Donald Marshall, Jr. case.

Metro has broad coverage of events, including interviews with a gay cop and a gay politician, an article looking at what more needs to be done on the gay rights front, and another about the ban on blood donations from gay men.

Stanfield International long ago did away with ticket clerks. Well, they’re there, they just don’t help you, unless you play stupid and screw up at the ticket-dispensing machine. Now, the airport is bragging that it is the first in North America to make travellers lug their baggage to the conveyor belts. I took someone to the airport a few weeks ago and the belt was getting clogged up, with lines a dozen deep, and people fearing missing their flights, but they say all the kinks are worked out and the system is fully operational now. Oh joy.

Asked if the self-bagging cuts jobs, here’s what Michael Healy, the airport’s vice-president of infrastructure and commercial development, told the CBC: “Well my understanding from talking to airlines is that their staffing levels haven’t changed much. The agents are assisting the passengers with the process more so than sitting behind desks. So similar staffing levels I understand.” This, folks, is first class, Grade A bullshit. Healy knows it, the reporter knows it, I know it, you know it—utter bullshit. The entire point of this self-service crap, at the cost of $45 million (!), is to cut the payroll. So Healy wins today’s Bullshitter of the Day award, which I’ve created just this very second, because that’s one special load of bullshit that needs to be especially acknowledged.

Look, at its best, air travel amounts to getting crammed into a metal tube for three hours with your knees in your chest. Then there are the frustrating delays, senseless bureaucratic dictates, pointless security theatre based on the supposition that you are a criminal, that asshole next to you taking charge of the armrest, some shitty movie marketed for prepubescents, eight bucks (cash only) for thumbnail sized drinks, turbulence from hell, a line to squeeze into a filthy toilet, racing for connecting flights positioned to be most inconveniently located in the terminal, and passengers actually applauding because the plane lands without bursting into a fireball. Is it really too much to ask for some human contact somewhere along the way? Someone paid to be nice and helpful? You get better service from the greaser crackhead dude who impounds your car on a snow night, which tells you something about what the airlines think of you. 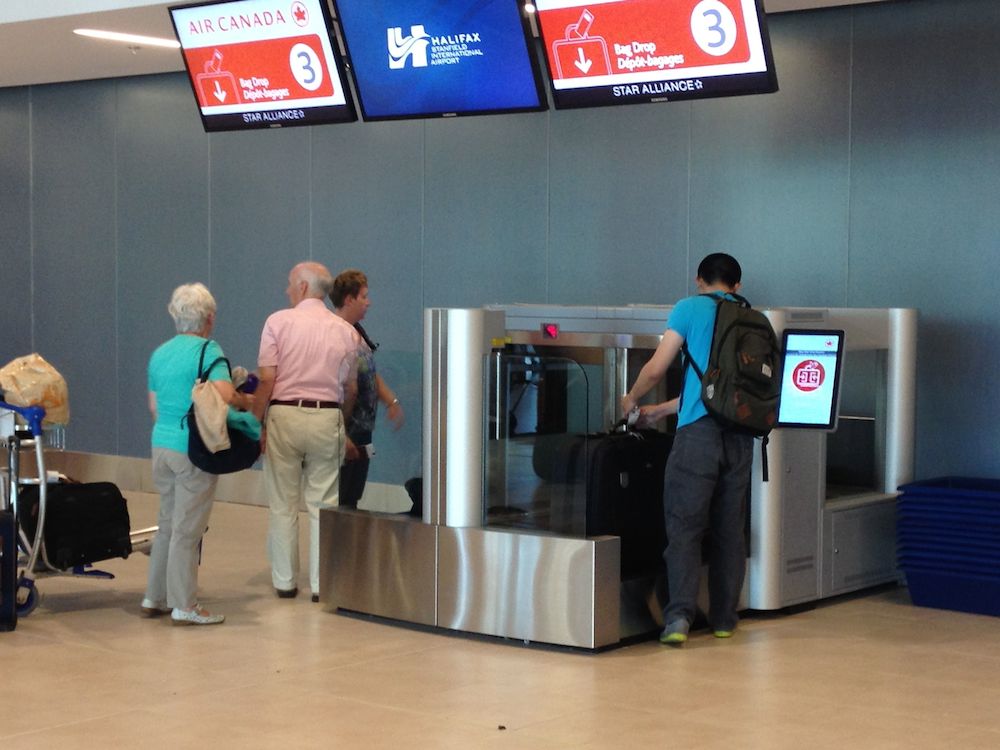 To serve you better: put your own damn bags on the belt.

There’s been a drop of 15 percent in cargo from the same period last year. Remember when the mucky mucks were touting Halifax as the “Atlantic Gateway”? Mostly that was just empty rhetoric to justify spending on infrastructure projects, but there seems to be a common misunderstanding that our port is best placed because it is closest to Europe. Actually, tho, for shippers wanting to reach the middle American market, just the opposite is true: Halifax is badly positioned for that trade.

5. The animals among us

Mister Bear arrested for not wearing a leash in an off-leash park. Seems like a miscarriage of justice.

And White Nose syndrome is decimating bat populations; you can help by reporting the bats, so some protection can be given to surviving populations.

City council (10am, City Hall)—Here’s the Halifax Examiner’s preview of the meeting. That article is behind the paywall; you can subscribe here. I’ll be live-blogging the meeting via the new Halifax Examiner twitter account, @hfxExaminer.

James Kunstler’s 1993 book, The Geography of Nowhere, was a manifesto against the car culture that had come to dominate the American landscape. The book is a piercing indictment of the entire architectural profession, which Kunstler said had come to mock the people it is supposed to serve, and indeed humanity itself. The Geography of Nowhere is in large part responsible for the success of the New Urbanism movement that now dominates planning circles, and if Kunstler had never written another word, he’d be one of our most important writers.

But for better and worse, Kunstler has written a lot more words. He’s brilliant in the crazy mad scientist way, and you never know if he’s next going to say something profound or ridiculous. On the ridiculous front, consider his never-ending tirade against blue jeans. For the profound, his ongoing examination of the perversity of American culture, which he chronicles in his Clusterfuck Nation blog, might qualify, except for when he crosses the borderline and falls full-in to racism, especially when it comes to Arabs, which is often (his non-nuanced view of the present bloodbath in Gaza is sadly typical).

Somewhere in the middle, however, between the ridiculous and profound, falls his Eyesore of The Month, a regular look at what he considers ridiculous architecture. Agree with him or not, the feature is always thought-provoking.

This month Kunstler’s Eyesore is none other than the 22 Commerce Square development proposal in Halifax:

Behold the proposed new addition to the suite of glass boxes on Granville Street in Halifax, Nova Scotia. O Canada! Are you trying to out-do the stupidity and vulgarity of your neighbor to the south? Apart from the obvious perversity of cantilevering over the  historic Province House — an early legislative building — note the sheer dazzling hideousness of the first nine stories with their  Darth Vadar style bays. Someone, please call a witch-doctor or an exorcist. Nothing else will avail in this shameless age.

Kunstler gets the historic building wrong; it is not a government building but rather the 1906 Bank of Commerce building. Still, whatever you think of Kunstler, his monthly pronouncement has put Halifax on the map, as they say. That’s the goal, right?

Reports are the Nato Standing Maritime Force 2 is due in Halifax. They
will be conducting exercises off the Atlantic coast before returning
to the Mediterranean in September.

It was my friend Marc Graf who turned me onto The Geography of Nowhere, soon after I moved to Halifax. Marc is one-half of the Graf Brothers in Clare. There isn’t another half.