Hundreds of people showed up on the Halifax Common last night for the Vigil for Orlando.

2. Losing the forest — and the species — for the trees 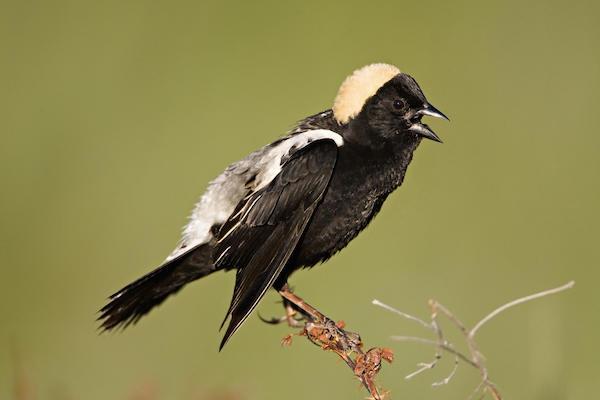 Reporter Jennifer Henderson reviews the most recent report from Auditor General Michael Pickup, who criticizes the Department of Natural Resources for failing to implement legally required plans to save endangered and threatened species.

Click here to read “Losing the forest — and the species — for the trees.”

I’m convinced they write these press releases specifically to rub my nose in the language:

Tourism Nova Scotia announced today, June 13, the first participants in a new program that is following through on the Crown corporation’s commitment to change how it approaches tourism.

The World-Class Experience EXCELLerator program will help businesses develop tourism experiences that are authentic and differentiate Nova Scotia as a travel destination. The experiences are supported by market research that shows their potential to attract visitors from key markets.

Focusing on world-class experiences is a pillar of Tourism Nova Scotia’s strategy that outlines how it will help the industry meet the One Nova Scotia goal of doubling annual tourism revenues to $4 billion by 2024.

“World-class” is Halifax’s original bullshit term, brought to town initially by none other than Fred MacGillivray and used ever since by every grifter and schemer hoping to bamboozle the public.

Oh, and just a reminder: the $4 billion is a diversion. As I’ve explained before:

See what they did there? Yep, they included Nova Scotia residents travelling within the province in the total $2 billion figure in order to figure economic impact. This is a big no-no in economic impact reports.

If the new convention centre includes local meetings in its calculation of economic impact, it will be lying to citizens. If the Halifax Association of Disgruntled Journalists (HADJ) decides to hold its annual general meeting at the new convention centre instead of the Woodside Beverage Room, it doesn’t magically create new money in the province. Likewise, if I decide to spend the weekend in Canso instead of staying in Dartmouth, it might help the owners of the Canso Beverage Room (where I’d inevitably spend all my dough), but only at the cost to the owners of the Woodside Beverage Room. There’s no new money created.

So “doubling” tourism revenue to $4 billion might be achievable by simply getting people to knock off work early on Fridays and spending the day at the beer garden. The productivity loss would be far greater than the increase in beer sales, but tourism promoters could point to the increased beer sales and say the economy is doing great. Heck, if we give everyone Thursdays and Fridays off, we’d do that much better economically.

If we’re going to be remotely honest about this, what we should be seeking to double is not the $2 billion figure, but rather the $1.2 billion spent by people who come from out of province.

4. Ships on the cheap 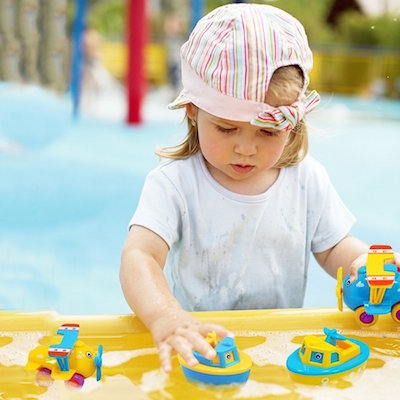 “The federal government said Monday it will streamline its warship replacement program by purchasing an off-the-shelf design to save money and speed the process,” reports the Canadian Press:

Public Services Minister Judy Foote made the announcement today at Irving Shipbuilding‘s Halifax headquarters, saying a single competitive process will select an existing warship design along with the systems and equipment that will be integrated on the vessels. 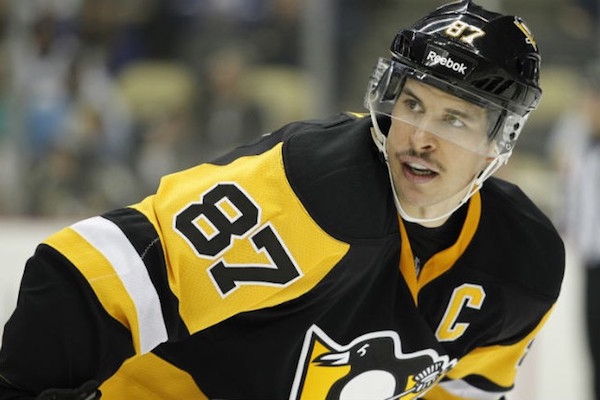 It’s a bad idea to name stuff after living people because no matter how much we admire them, the celebrityhood might go to their heads and their lives may go horribly sideways. And, it’s not a great idea to name stuff after dead people, either — that Stairs Street thing is beyond insulting, for example. What’s wrong with “Forest Hills Parkway”? It’s perfectly descriptive, and it’s unlikely the entire neighbourhood of Forest Hills will commit a mass bank holdup, or whatever.

And really: if we name a road after Sid, it’d only encourage him to start stealing road signs. He’s a Cole Harbour kid, after all. 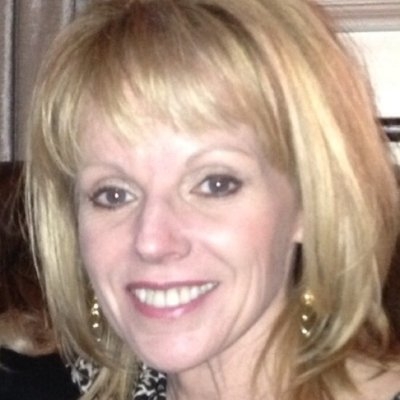 I disagree with Kimber, who argues that “journalistic skills — the ability to research, assimilate unfamiliar information and communicate it clearly and quickly as story — are valuable transferrable skills.” On the contrary, political staffers need a combination of party allegiance and YesSirism that good reporters lack.

We can argue about that, I guess; I’ll grant the point that the rest of the pack were very good journalists — I suspect they’re now having a hard time biting their tongues — but Stephenson? As a columnist, she always struck me as merely a Liberal Party hack, simply repeating mantralike from the neocon Bible about slashing budgets and government staff.

I find a particular irony in Stephenson’s January 31, 2013 Chronicle Herald column, an attack on the then-NDP government of Darrell Dexter headlined “Top 10 ways for N.S. to shed baggage, cut costs.” In the column, Stephenson rattles off predictable neocon solutions to supposed budget woes — privatize health care, attack teacher unions, kill the government-owned asphalt plant — but of particular interest given that Stephenson is landing a job at a newly created government communications position is point 2:

2. Get rid of about half of the communications machine and the large number of full-time government employees now operating under government jurisdiction. Yes, there is such a thing as too much information.

I guess so long as the half of the communications staff being shown the exit door aren’t connected Liberal insiders, it’s a good plan.

To the Truro News:

While on a recent Sunday walk in Victoria Park, I came across 15 to 20 owners with their pets out enjoying the sun and fresh air, on the upper trails. Of that total, I would guess five of the pets were on leash. Most were off.

In one case, a larger mid-sized dog charged at my wife and me from a distance, as its owner watched on. I yelled to the pet owner: “Is he friendly?” She responded: “No he is not.”

The dog ran to within 10 feet barking and growling, stopped and, then lunged forward, challenging. Meanwhile, my wife is shouting to the owner to “get control of her dog.”

Had this been a child or more senior individual I shudder to think of the consequences.

The verbal confrontation that followed with the dog owner was not pleasant for any involved.

Another time, a young man was approaching with an off-leash larger shepherd/collie mix. It was running up behind a female jogger and though the owner was calling, the dog was not responsive. After repeated verbal warnings it broke off and as we approached, the dog ran directly at us, which scared my wife. I warned the dog off with a loud verbal command. As I passed the owner I said, “Your dog should be on a leash.” The owner responded in an aggressive/sarcastic manner and what followed was a very serious verbal confrontation that was more like an uncontrolled road rage incident.

Those are but two examples of just my experiences.

Dog owners and dog walkers, this is not a dog park. It is a park where you can enjoy nature at its best. You are allowed to bring your “best friend” with you, provided it is kept under control and you clean up behind it.

I raise the issue and welcome comments from other park users to generate possible solutions, such as more signage and stern warnings/tickets from authorities to owners who refuse to “get it.” I am not anti-dog. I am, however, opposed to people who think they know their dogs but either don’t know how or won’t control aggressive moves toward unsuspecting citizens who are out and simply want to enjoy Victoria Park’s trails. 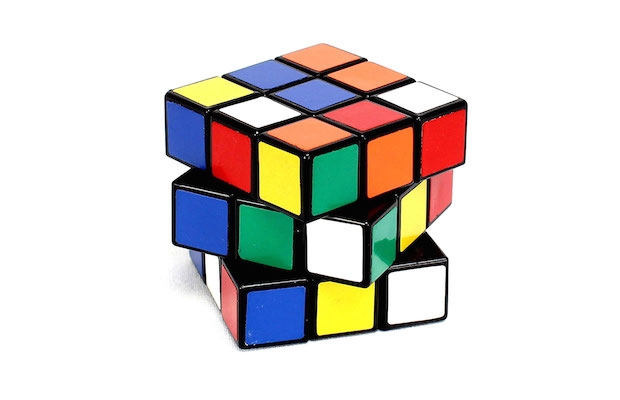 This work reports on an approach to direct policy discovery (a form of reinforcement learning) using genetic programming (GP) for the 3x3x3 Rubik’s Cube. Specifically, a synthesis of two approaches is proposed: 1) a previous group theoretic formulation is used to suggest a sequence of objectives for developing solutions to different stages of the overall task; and 2) a hierarchical formulation of GP policy search is utilized in which policies adapted for an earlier objective are explicitly transferred to aid the construction of policies for the next objective. The resulting hierarchical organization of policies explicitly demonstrates task decomposition and policy reuse. Algorithmically, the process makes use of a recursive call to a common approach for maintaining a diverse population of GP individuals and then learns how to reuse subsets of programs (policies) developed against the earlier objective. Other than the two objectives, we do not explicitly identify how to decompose the task or mark specific policies for reuse. Moreover, at the end of evolution we return a population solving 100% of 17,675,698 different initial Cubes for the two objectives currently in use. 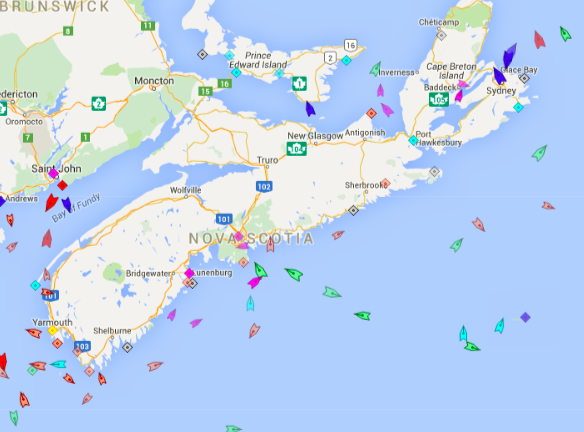 Tempa says I always have to write something here.