You are here: Home / Commentary / Time for a serious rethink of the Serious Incident Response Team? 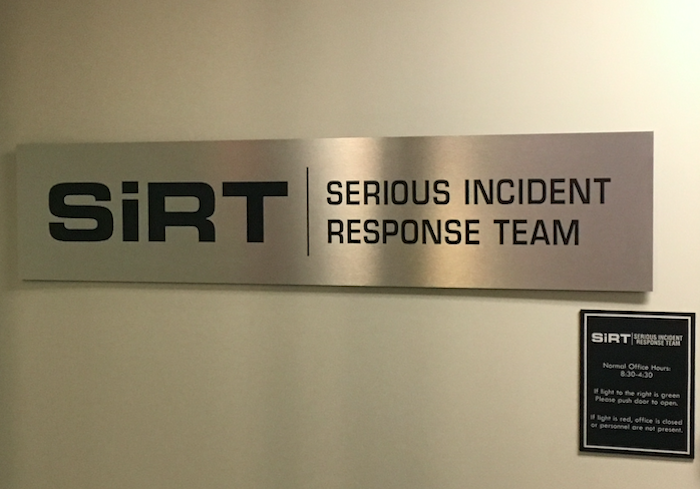 On July 9, 2020, the RCMP responded to a “call of an armed man who was uttering threats” at a home where he lived with his mother in Eastern Passage. “When police arrived,” the Mounties said in a news release after the incident, “they located the man, a 60-year-old from Eastern Passage, armed with a handgun, outside the residence. The man did not respond to officers’ directions. After a short time, the man raised his handgun towards the responding officers. Responding officers discharged their firearms.”

One of those officers shot Richard Kenneth Wheeler four times, killing him.

The “handgun” he was holding? It turned out to be “an air gun pistol, which was not loaded and did not have an air cartridge in it.”

As is routine in such cases, Nova Scotia’s Serious Incident Response Team investigated the incident and concluded, after an almost eight-month investigation, that the shooting was justified.

The following evidence was obtained, reviewed, and considered in the preparation of this report: a call to 911 made by [Wheeler] the Affected Party’s (AP) 85-year-old mother, the audio recorded statement of the AP’s mother, audio recorded statements of seven civilian witnesses (CW), all police radio communications related to this incident, the Subject Officer’s (SO) statement of events, audio/video recorded statements of the two Witness Officers (WOl, WO2) who were standing next to the SO when shots were fired, supplementary reports of five WOs present in the vicinity of the incident, reports of two supervisors not present at the scene, photographs of the SO and all WOs, Forensic Identification Section (FIS) reports and photographs, autopsy reports and photographs and a toxicology report of the AP.

According to SIRT’s report, Wheeler’s mother called police after he had threatened her with what she thought was a loaded pistol. He was intoxicated. According to people who knew him, Wheeler had already told others of his desire to die and had even discussed with his doctor the possibility of getting medical aid in dying, but he did not meet the criteria for MAID. During his mother’s call with police — which he apparently knew she was making — he said in a voice “loud enough to be heard” that he would shoot whoever came to the house.

Eight officers responded. At least two of the officers who approached Wheeler on the home’s side deck were armed with rifles, a third with an Arwen rifle, a less-lethal weapon that is designed for riot control but — like the air gun — looks like the real thing.

The only officer with emergency response training — it is not clear if that training included dealing with suicidal individuals or those hoping to provoke “suicide by cop” — took the lead.

According to SIRT’s report, his attempts to de-escalate the situation consisted of issuing orders: “Drop the gun.” “Put the gun down and show me your hands.” “Put your hands in the air.” When Wheeler refused and swore at the officers, the lead officer instructed the one with the Arwen rifle — the one that fires rubber bullets but looks real — to fire. He missed. In response, Wheeler raised his fake gun and pointed it at the police. The lead officer then fired four shots from his real rifle, hitting Wheeler with all of them.

The SIRT report does not say whether Wheeler’s children, Kevin and Katelyn, were among the civilian witnesses interviewed but, according to their Facebook post a few days after the shooting (reported by my colleague Zane Woodford), their version differed in  significant ways:

The SIRT report says it considered the facts and the relevant legal issues, as well as the “progression in the continuum of force” officers are trained to use and actually employed in this case.”

Viewed objectively, in light of the protections afforded to a peace officer under section 25 of the Criminal Code of Canada, an assessment of the use of force in the circumstances of this incident establishes that the SO was justified in using the force they did, that the force used was not excessive and was in accordance with their training and RCMP policies. Accordingly, no criminal offence was committed, and no charges are warranted against the officer.

That may be the appropriate conclusion, but there are a couple of points worth noting. 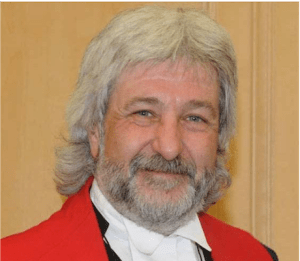 For starters, according to SIRT’s own website, “there does not have to be an allegation of wrongdoing” for SIRT to become involved. SIRT’s director, retired Nova Scotia Supreme Court Judge Felix Cacchione, who is supposed to be “independent of police and government,” seems to have wide latitude in reporting not only his conclusions but also “the reasons for those findings.”

Despite that, there is no reference, not even a hint, in this latest report about whether police training in dealing with potential suicides — especially those seeking suicide by cop — is adequate. Should armed police officers be the first or only first responders to a mental health crisis? Beyond telling Wheeler to drop his gun, what could — should —the officers have done to try to de-escalate the situation?

Broader questions. Should pellet guns be allowed to mimic the look of real ones? Should non-lethal police weapons like the Arwen rifle be designed to look like the real thing?

The tragedy here is that a mentally disturbed man holding a pellet gun mistaken for a handgun was shot and killed by a police officer after the man responded to another officer firing a rubber bullet his way, after which he raised his pellet gun at the officers in response.

None of this is to suggest the officer — who was doing what he is trained to do in an extremely dangerous, real-life, in-the-moment situation— should face charges.

But surely there are also lessons to be learned. 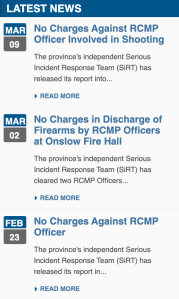 And then too there is this other point that’s worth noting.

If you look at the last 10 news releases from SIRT dating back to Dec. 15, six of the 10 headlines begin: “No charges…” Of the remaining four releases, three simply announced the beginning of investigations into incidents and the last — an investigation into a single-car crash after a police chase — also concluded “there are no grounds to consider any charges against the officer.”

Fair enough. These investigations happen whenever police are involved in a “serious incident” resulting in injury or death. We should be comforted to know so few lead to charges.

And yet we also know that in two recent controversial high-profile cases involving police, SIRT also came to that same nothing-to-see here conclusion.

We all remember the January 2020 incident at the Halifax Walmart in which a young Black woman named Santina Rao was falsely accused of shoplifting (no charges), then violently arrested in a videotaped takedown and charged with resisting arrest (charged dropped).

SIRT concluded — not unlike the long-ago Nova Scotia Appeal Court justices who determined that Donald Marshall, Jr. was the “author of his own misfortune” — that Rao was to blame for provoking the officers so their actions in attacking her were “lawfully justified and required.”

In that context, it is worth noting that all of SIRT’s investigators are former police officers.

And then there is this. In the middle of last spring’s mass shooting in Nova Scotia, two RCMP officers driving an unmarked vehicle mistakenly fired into the Onslow Fire Hall, putting innocent lives at risk because they believed the shooter might be there, and then drove off without even checking to see if anyone had been hurt.

Viewed objectively, in light of the protections afforded to peace officers by Section 25 of the Criminal Code, the totality of the circumstances, in what was a rapidly unfolding series of events, establishes that [the two officers] had a lawful excuse when they discharged their firearms.

My colleague, Tim Bousquet who has written extensively about the mass shooting, shot holes in the accuracy and adequacy of SIRT’s account of the incident. Among the many issues Bousquet raised: the number of shots the Mounties actually fired that day. Eyewitnesses and a photo of the outside of the firehall appeared to show far more than the five bullets SIRT claimed.

In an interview with the Examiner’s Jennifer Henderson, Felix Cacchione insisted SIRT’s numbers were correct. But when Henderson asked to see the ballistics report he’d referenced, Cacchione suggested she file a freedom of information request.

Transparency? Really? It is perhaps mentioning that, in another time and place, Felix Cacchione was the lawyer for Donald Marshall, Jr. Back to the SIRT website: “The Team’s ultimate goal at all times is to ensure the public will trust the team’s work, have confidence in its findings, be assured of its integrity, and gain comfort from its independence.”

Perhaps, in the interest of that trust, it is time for a serious rethink of the mandate and performance of the Serious Incident Response Team.

Update: The word “toy” has been changed to “pellet” to describe the weapon held by the man.