You are here: Home / Commentary / Three mothers: an exploration of loss 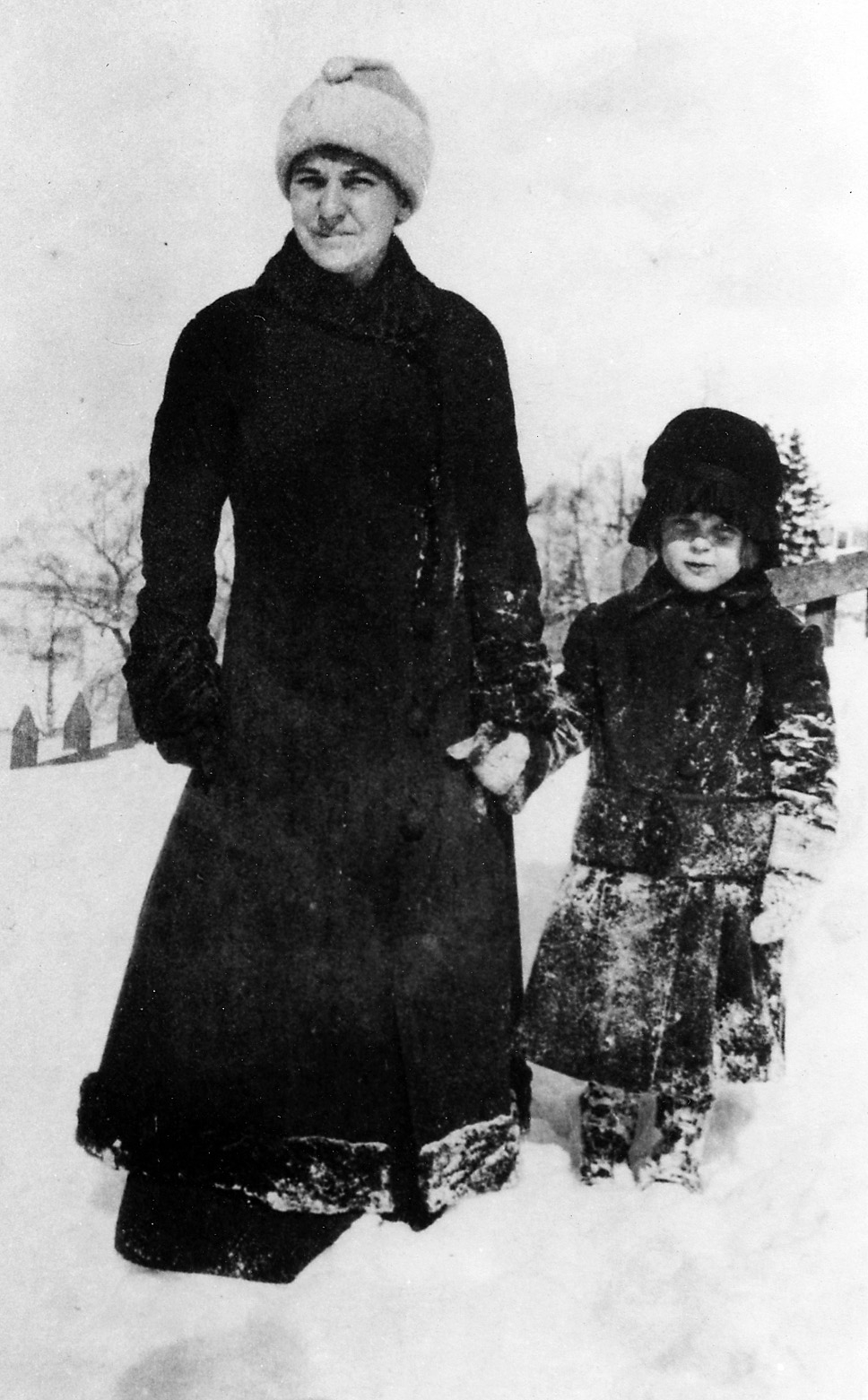 “The art of losing isn’t hard to master.” That’s the opening line of “One Art,” the Elizabeth Bishop villanelle widely considered among the best of the exacting poetic form. The piece turns on a cascade of sorrows that the Pulitzer Prize-winning author suffered during her life. Chief among them stands the loss of her mother, Gertrude Bulmer Bishop, a native Nova Scotian who was voluntarily admitted to the Nova Scotia Hospital in Dartmouth (then popularly known as the Mount Hope Asylum), in 1916, at age 36.

At the time, the future poet was five and living with her widowed mother and maternal grandparents in Great Village — Gertrude’s hometown. The rural enclave was last month in the news after the RCMP, then in pursuit of a mass killer, established a command post in the Great Village fire hall. As for Elizabeth, she remained in the devoted care of her grandparents until about age 7, when she was returned to relatives in Massachusetts, where she was born.

She never again saw her mother who died, still institutionalized in Dartmouth, in 1934.

Most scholars had dismissed Bishop’s Maritimes roots as irrelevant to her literary career. That is, until the 1990s, when Nova Scotia writer Sandra Barry began to publish work that proved the poet’s early years in Great Village — and subsequent regular visits — central to her identity. Moreover, Barry ventured that Bishop’s relationship with her mother shaped her every triumph and tribulation. Bishop, 68, died in 1979.

In her powerful 2014 essay “In the Village: Bishop and Nova Scotia,” Barry declared: “The most important influence on [the poet] during the first decade of her life is the one least acknowledged in the many books, essays, articles and reviews written about her — that is, her mother.  … Gertrude was tide. Gertrude was time. Gertrude was voice. Bishop learned about ebb and flow, now and then, sound and silence from her mother.” 1

With traditional rites and ceremonies now altered by COVID-19 and the grief of Nova Scotians intensified by tragic deaths, I’ve found value in explorations of loss from unconventional angles. As with Barry’s stirring work on Elizabeth Bishop, two recent volumes offer compelling reflections for Mother’s Day 2020. 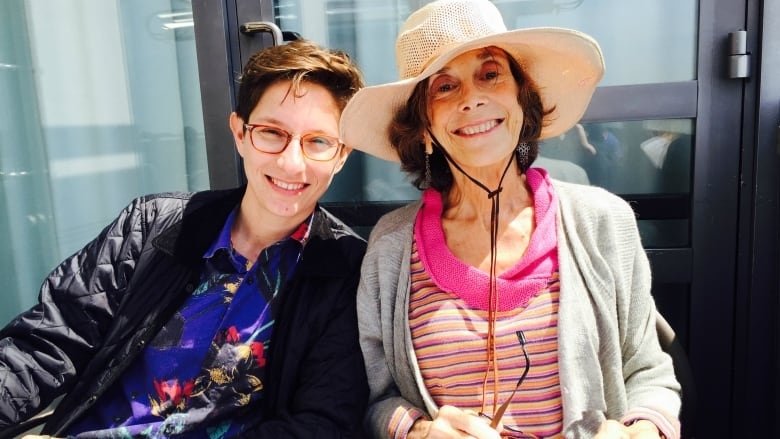 Elaine Mitchell (r) and Rachel Matlow on the rooftop of the Park Hyatt Hotel. Elaine died not long after. Photo: CBC

“How about putting NOT DIE on your list of things to do before you die?” Thus does Toronto writer Rachel Matlow draw readers into Dead Mom Walking. The oft-times hilarious memoir recounts her mother’s refusal to undergo surgery and radiation for Stage 1 rectal cancer — procedures with a proven 70 to 90 percent cure rate, asserted her physician.

Then in her mid-60s, Matlow’s mum, a vivacious high school teacher, instead opted for globetrotting and alternative remedies. As Matlow tells it, her mother’s highly treatable cancer diagnosis shifted her already nonconformist proclivities into overdrive. Western medicine? Never.

“She was always trying out something,” writes Matlow, a former producer for Jian Ghomeshi during his reign as host of the CBC radio program Q. “Trance dancing, magnets, meridian tapping, past-life regression, colour therapy. … I saw the marvel in her New Age dalliances, but I definitely took them with a big grain of Himalayan salt.”

Despite the steady decline in her health, Matlow’s mum holds fast to her faith in holistic modalities and healing regimens of her own design. Down on refined sugar, she nonetheless savours pisco sours (famously made with simple syrup) while hiking in Peru and, back home, thrice weekly glasses of organic Pinot Noir as antidotes to cancer, the author writes.

Matlow juxtaposes her family drama (“It’s my party and I’ll die if I want to,” her mother croons) against her genderqueer identity and kinship with Ghomeshi, a child of Iranian immigrants. “I felt we were both outsiders on the inside trying to make a difference,” Matlow explains. “Right away we started calling each other ‘Brother’ or ‘Bro.’”

But her bromance with the radio celebrity soon fizzled. “I began seeing the disconnect between the person Jian projected out into the world and who he was in the office,” Matlow writes. “He could be charming one moment and hostile the next. It frustrated me, but …  I was led to believe that navigating Jian’s unpredictable moods and behaviour was just part of the gig.”

The author’s riveting account of Ghomeshi’s “rough sex”-related downfall underscores the angst she suffers as her mother rejects (over a period of five years) recommended medical treatment for cancer. Mentally exhausted, Matlow snaps when, one night, her take-out tempura arrives sans dipping sauce. “If it wasn’t bad enough that my mom was about to die, now I had to eat dry tempura,” she rails.

In a surprise plot twist, Matlow discovers a “hidden in plain sight” factor that helps to explain her mum’s ardent resistance to authority. 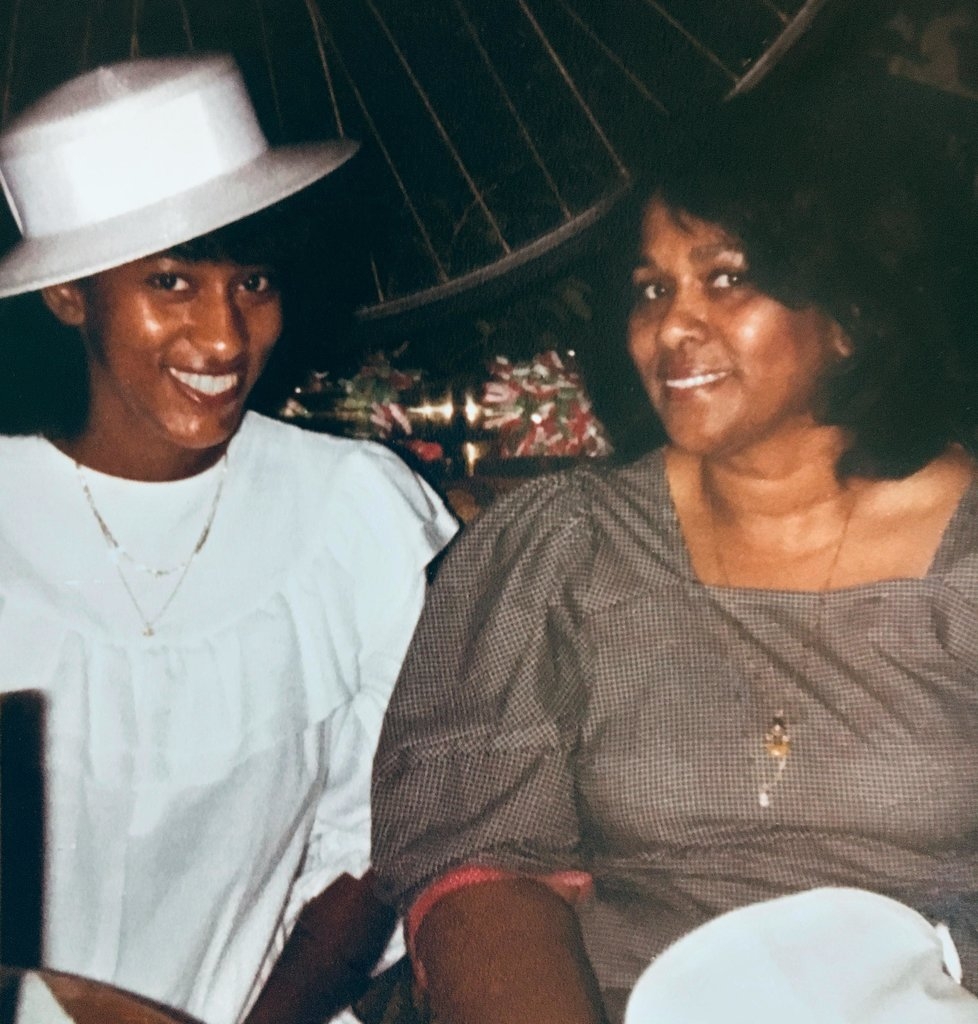 In The World According to Fannie Davis, New York writer Bridgett M. Davis details her mother’s life as the owner of a thriving Numbers (illegal lottery) operation in 1960s-70s Detroit. In doing so, the author honours the grit and gumption of Blacks who fled the segregated South to build better lives for their families.

About her Tennessee-born mother, Davis writes: “Fannie wanted more. … And the North appeared to be a place where you weren’t forced to live up under the mean vestige of ‘southern ways’ designed to strip you of your humanity.”

Still, Fannie Davis and her husband found themselves stymied in their plan to purchase, in 1961, a spectacular house from a white Detroit executive. In passages sure to resonate with African Nova Scotians today struggling to secure official title to their property, the author notes that her parents were forced into “a shaky type of land contract” with the seller because her father worked irregular jobs and her mother was “a Negro woman.”

Nearly four years later, “Mama finally had her own name placed on the land contract for our home,” Davis writes.  In the interim, Fannie Davis had capitalized on her people skills, trustworthiness, affinity for math, and business acumen to become one of the most prosperous Numbers operators in the city.

“Her ingenuity and talent and dogged pursuit of happiness made possible our beautiful home, brimming refrigerator and quality education,” Davis writes about her mom. “Our job as her children was twofold: to take advantage of every opportunity she made possible, and to keep safe the family secret. The word ‘illegal’ was never spoken, but the Numbers was by its nature and design an underground enterprise. … So my siblings and I followed her edict: Keep your head up and your mouth shut. Be proud and be private.”

A seasoned journalist, Davis chronicles the rise of the Numbers racket during the 1930s. “Gangsters looking to diversify during the Prohibition era had moved from bootlegging to numbers gambling operations, drawn by the huge profits,” she writes. She also links the launch of government sanctioned lotteries to the fast money gained through legal ticket sales. Indeed, Nova Scotia generated about $245 million in 2019 lottery revenues, notes Stastica, a global data research firm.

As for Fannie Davis, the author writes that her mother and other Black Numbers operators served as philanthropists who quietly funded political campaigns and a variety of social programs “all to further African-American progress.” “Moreover, she patronized Black businesses almost exclusively,” Davis notes.

“What has it meant to finally reveal this secret I’ve carried in my belly for over half a century?” Davis writes at the close of her mesmerizing memoir.  She asserts that self-employment enabled her late mother to challenge economic inequalities and to craft “a coveted life of rugged individualism.” “She moved through the world as a head-held high, race proud Black woman,” Davis continues. “I’d like to believe she’d agree that sometimes some good does come from running your mouth.”