You are here: Home / Featured / This is what environmental racism looks like: Lunenburg council wants Boat Harbour clean-up delayed 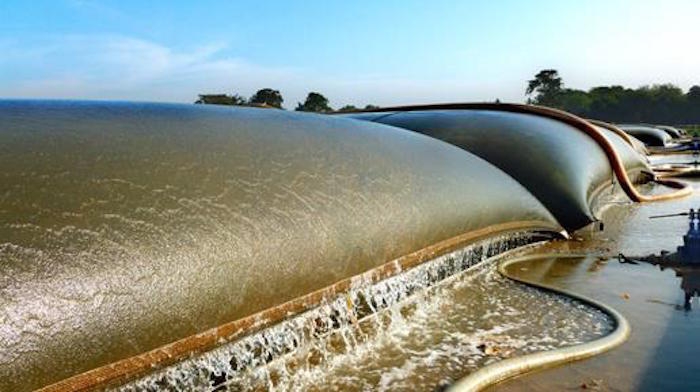 An open house was held at the Pictou Landing Fire hall yesterday, hosted by Nova Scotia Lands. That’s the provincially owned crown corporation that inherited the mess shortly after June 2014, when a pipe owned by Northern Pulp broke and sparked a week-long blockade of the mill by First Nation people and white protesters.

Henderson goes on to provide details of the proposed clean-up of Boat Harbour, which will take 10 years to complete.

Click here to read “Boat Harbour: How to clean up a toxic soup.” 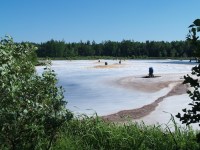 The effluent from the Northern Pulp Mill currently flows from the aeration pond where it spends about a week, into the stabilization basin of Boat Harbour. Photo by Joan Baxter

But just as Nova Scotia Lands is preparing for the Boat Harbour clean-up, the Municipality of the District of Lunenburg wants to delay the clean-up, reports Gayle Wilson for Lighthouse Now:

The Municipality of the District of Lunenburg (MODL) council voted in favour of sending a letter to Premier Stephen McNeil “urging an immediate extension” of the Boat Harbour Act deadline so that Northern Pulp’s effluent plant and pipeline can be completed.

However, the motion at the July 23 council meeting added the condition “that Northern Pulp press forward with all the required studies and obtain environmental approvals as required.”

MODL is concerned that the closure of the mill would impact jobs negatively in Lunenburg County.

You can listen to the council discussion here, starting at the 49:15 mark. A reader remarks:

The mayor of MODL, Carolyn Bolivar-Getson, is a former Cabinet Minister under Hamm as well as Rodney MacDonald (Environment). She can be heard promoting supporting the letter.

A 15-year-old boy drowned at Kidston Lake in Spryfield yesterday. A pair of police releases say the boy drowned at around 7pm; his body was discovered by RCMP divers at 11:30pm. Police are not releasing the boy’s name. 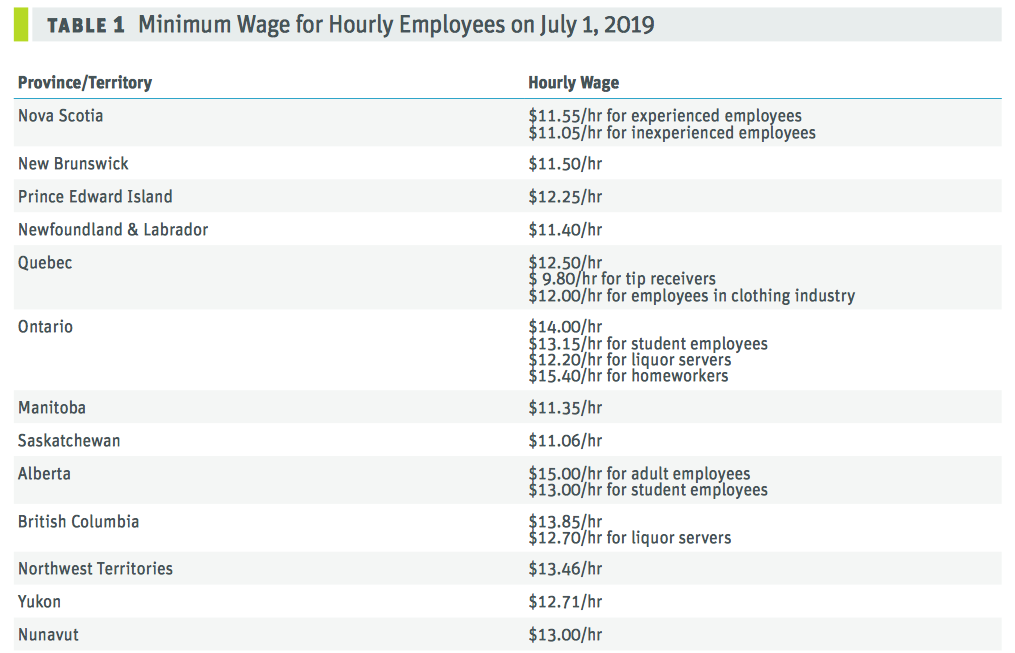 Yesterday, the Canadian Centre for Police Alternatives–Nova Scotia released a report, “A Rising Tide to Lift All Boats,” that documents just how bad Nova Scotian workers have it. A press release announcing the publication reads:

The report finds that, on the whole, Nova Scotia falls well short on the most important and far-reaching of the Labour Standards Code’s provisions: standard hours of work, overtime provisions, vacation, minimum wage and statutory holidays. When one factors in the fact that Nova Scotia exempts workers in a long list of occupations and industries from enjoying even these watered-down protections, this report concludes that workers in Nova Scotia are denied many of the protections other Canadian workers enjoy.

You can read the report here. If you scroll to page 80, Appendix A, you’ll find a jurisdiction-by-jurisdiction comparison of regulations and protections for workers; Nova Scotia is at or near the bottom of the pack for every metric.

Why do we still have a 48-hour work week? That is, overtime doesn’t kick in until one works 48 hours in a week in Nova Scotia, while the civilized world puts it at 40 hours.

Everyone is on vacation.

There weren’t even any parts falling off aircraft yesterday to get snarky about. I’m going to weed the garden.