You are here: Home / Commentary / “This is North Preston”: a story that “needs to be heard”

Jaren Hayman is from Toronto. He’s 32 years old, a white man. He began his professional career as a drummer, touring North America, but eventually morphed into a self-taught filmmaker. His first feature documentary, 2016’s Bodyguards: Secret Lives from the Watchtower, hit number one on the iTunes charts and earned a worldwide audience on Netflix.

That’s when one of Hayman’s musical partners suggested Hayman make his next film about Justin “Just Chase” Smith, an east coast musician and singer whose career the partner was managing. At first, Hayman wasn’t interested. Chase hadn’t yet achieved enough in his musical career to merit full-length documentary treatment. But then Hayman met Chase, heard him talk about the place he’d come from, the life he’d led, the things he’d done, the history he’d overcome, the future he was trying to create.

Hayman was intrigued, then fascinated and eventually obsessed.

The result is This is North Preston, a fascinating, sometimes disturbing 75-minute documentary that follows Chase as he comes home to North Preston to visit his dad, his mother, his grandmother, and his “boys,” a fluid collection of young men who grew up together and still hang around outside North Preston’s Fire Station 22.

Some of them may be members of North Preston’s Finest. You have probably heard the name. In the media, North Preston’s Finest is a notorious Preston-based-but-nationwide gang of drug dealers and sex traffickers. It’s not a gang, one of them insists to Hayman, “but a lifestyle.” Adds another: “We ain’t just friends; we family.”

The stereotype is not the whole story. “There’s a whole ’nother beautiful side as well,” Chase says, then bursts into sweet song: “And that’s just the way it is.”

The film, which is already on the festival circuit, will have a weeklong theatrical release in Toronto and Halifax (at the Dartmouth Crossing Cineplex), starting this Friday. 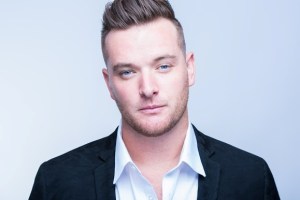 Hayman acknowledges he was a “little apprehensive” about a white man making a film about Canada’s largest indigenous black community in a part of the country he didn’t know and had never even visited. “But I’m just drawn to certain stories and this was one of them.”

He remembers asking Rev. Darryl Gray — the Hali-famous leader of a 1992 march through Halifax streets to protest racist policies at local nightclubs that had triggered what Gray called the “Halifax race riots” — about whether he, Hayman, as a white person, should try to tell this story. The story, Gray answered simply, “needs to be heard.”

This is North Preston is not a film about what one of the characters in the film calls the “other 50 per cent” of North Preston: the broader, hard-working, peace-loving, family-focused, church-going community. There are feints to it in the interviews with Gray, community elder Denise Allen, activist Miranda Cain, boxer Kirk Johnson and a number of black police officers, including RCMP Sgt. and author Craig Smith, as well as in the scenes inside the Black Cultural Centre with actor-historian Garry James. But this is, at its heart, a film about the stereotype of North Preston that allows the young men who’ve been stereotyped for so long to finally speak for themselves.

What they say is often discomforting, especially when they talk so casually and cavalierly about violence and pimping. Hayman is careful to juxtapose that with the voices of women who’ve been its victims. But he also allows the young men, in their own voices, to explain what it is like to grow up in a community that is looked down on, to be discriminated against every day, to see the people who are most successful in your community are the outlaws: the pimps, the drug dealers, the gangsters — and that they can offer a path out to young men who see no other.

Chase grew up in that world, reveled in it for a time. He carried guns, he pimped…

It all changed for him the day he watched his best friend, “Little Nathan,” gunned down in front of him. He knew he had to get out. Or die. So did his father, who ran a construction business based in North Preston. His father had watched, helpless, as his son hung out more and more with his “gangster buddies.” He remembered the day Chase’s mother discovered a sawed-off shotgun in Chase’s dresser drawer.

Galvanized by Little Nathan’s death, he drove Chase to the airport, bought him a ticket and put him on a plane to Toronto to allow him to follow his musical dreams.

This is North Preston tells Chase’s story — where’s been and where he wants to go — but it also peels back some layers of North Preston’s story. And our own. They need peeling back.