1. There’s Something in the Water 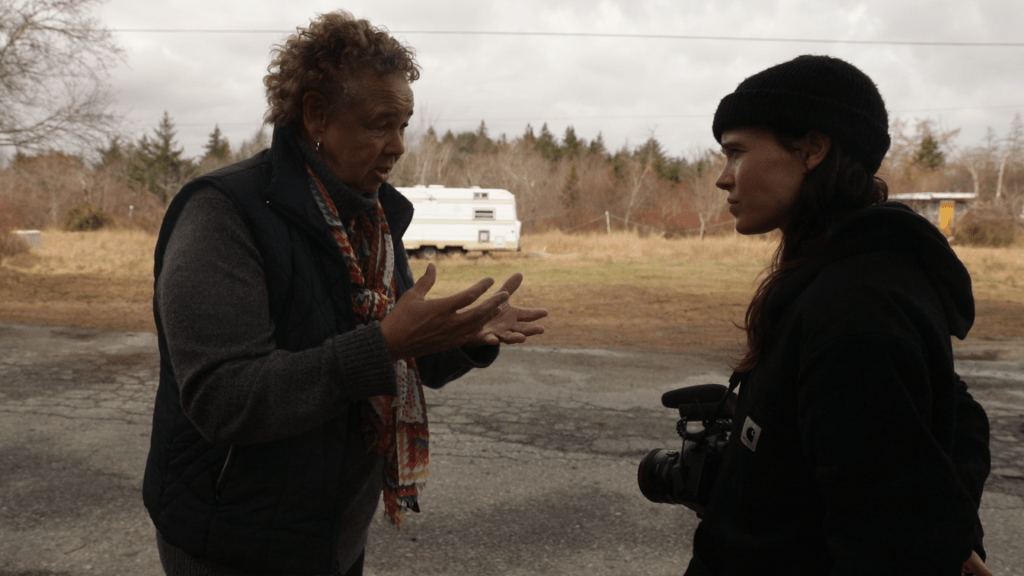 “It was a Saturday morning and Ellen Page was giving up some of what could have been a bit of down time to do a telephone interview about her forthcoming film on environmental racism in Nova Scotia, which will have its world debut this September at the Toronto International Film Festival,” reports Joan Baxter:

I was hammering her with intrusive questions, and yet twice, in just a half hour, Page — a megastar actress who has starred in a long list of massively successful movies and television shows — said “sorry” to me, for no discernible reason.

Her humility and earnest demeanour are disarming.

On Twitter, Page describes herself as “a tiny Canadian.”

There’s no argument that physically she is petite. But nothing else about Page is diminutive. Her talent is gigantic and so far has earned her — at the ripe young age of 32 — an Academy Award nomination, and several dozen awards and other nominations.

Just as outsized as her talent are her courage and willingness to take on the causes of marginalized communities and the environment.

Click here to read “There’s something in the water.”

As reported by Michael Gorman (CBC) and Andrew Rankin (Chronicle Herald) Liberal MLA Brendan Maguire made a last minute effort to move discussion of the province’s public-private-partnership approach to its pricey, toll-free highway 104 twinning project off the agenda for the publicly-televised public accounts committee.

While the stories here seem concerned with how opposition parties out-manoeuvred the Liberals in their efforts to move the discussion out of the public eye, one has to wonder how much of a triumph of public accountability there is in keeping P3 highway funding on the agenda of a meeting that is mandated to last no more than two hours.  I guess we’ll find out in September. 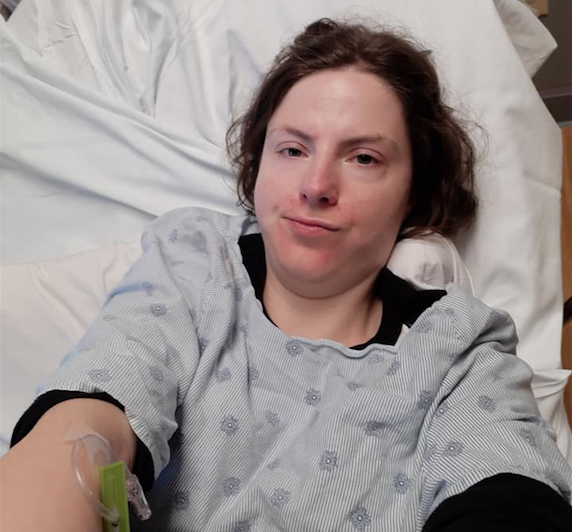 Jodie Fitzgerald was struck on Saturday by the driver of a white or silver BMW who then fled the scene. Photo: Facebook.

The person rear-ended on Devonshire Avenue last week may end up getting stuck with a $150 ambulance bill if the driver of the white or silver BMW who hit her doesn’t come forward. Jodie Fitzgerald was hit Saturday afternoon while making a left turn from Devonshire to Richmond on her bike. Although Fitzgerald recalls seeing the surprised faces of children in the back of the “silvery” BMW, witnesses to the scene did not manage to get the license plate of the vehicle.

In most accidents, public liability insurance kicks in to cover immediate and recovery medical costs for victims. In the case of collisions with pedestrians or people on bicycles, when the driver flees, they leave the victim not only potentially injured, but footing the bill for emergency care costs, as well as any needed physiotherapy, and missed work due to injuries.

Even in cases where drivers remain at the scene, accidents can be disorienting and it can be difficult to know what to do. I recently witnessed a dooring incident on Agricola Street, and found it tough to know what to advise the victim, until I remembered that the Halifax Cycling Coalition has a wallet sized collision card with advice on what to do in case of a collision.

Bicycle Nova Scotia also has advice on their website, along with an incident report form, part of a project to track near misses and collisions involving cyclists.

Of course, most of the advice is directed to situations where the driver has not fled the scene.

In a Facebook message Jodie Fitzgerald says she’s “lucky it wasn’t worse.” While she does have insurance coverage which may help with any required physiotherapy down the road, she will likely get stuck with the ambulance bill unless the driver comes forward. 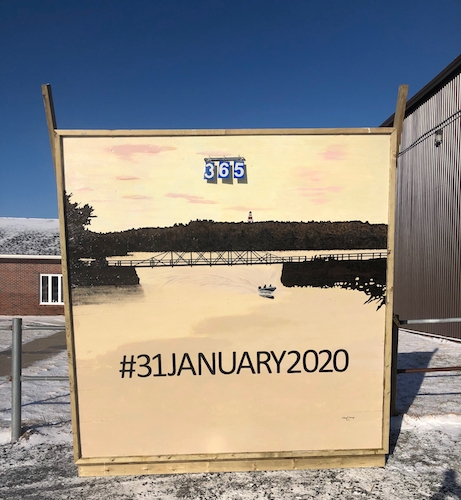 A Pictou Landing First Nation painting of Boat Harbour counts down the days to mandated end of the dumping of effluent into Boat Harbour. Photo: Matt Dort, January 2019.

Federal environment minister Catherine McKenna told CBC PEI’s morning show that the federal government is “still evaluating” whether a federal assessment is necessary for the plan to pump treated effluent from the Paper Excellence mill in Pictou into the Northumberland Strait.

“Let’s be clear, right now there is a provincial assessment and we play a significant role in that assessment,” McKenna said.

McKenna said the federal government has “expressed concerns” from a number of departments including environment and climate change, fisheries and oceans, health and transport.

“There is a whole regulatory process if this project goes ahead in relation to fisheries and oceans, the impact of fish and fish habitat,” she said.

Part of the seabed is owned by the federal government, McKenna said, and the effluent would also be looked at by Environment and Climate Change Canada.

“We are paying close attention, we know there are a lot of concerns,” she said.

The federal government has previously announced $100 million in funding to go towards the cleanup of the current Paper Excellence effluent site, Boat Harbour, which is scheduled to stop receiving effluent in January 2020 under a provincial act passed in 2015.

The city has issued a risk advisory about a blue-green algae bloom spotted in Lake MicMac:

Residents are encouraged to avoid swimming in the lake until further notice.

The off-leash dog area of Shubie Park at Lake Micmac will also be closed to swimming until further notice.

Blue-green algae (cyanobacteria) is naturally occurring in freshwater environments and may become visible when weather conditions are calm. These organisms can multiply rapidly during the summer, leading to extensive growth called a bloom. Some types of blue-green algae produce toxins during blooms and when these blooms decay, the toxins may be released into the water, posing a risk to people and pets.

Lake users are encouraged to take the following precautions:

Reporting for StarMetro Halifax, Julia Simone-Rutgers gives the low-down on the upcoming Atlantic International Film Festival lineup, including an opening gala featuring the debut feature film by Halifax director Heather Young, and a closing gala with the latest from director Robert Eggers, shot in Yarmouth and Cape Forchu.

You can check out the full program here. The Atlantic International Film Festival (aka FIN) runs September 12-19, 2019.

1. “Any adult who rode a bicycle in 1974 was automatically a character,” and other observations. 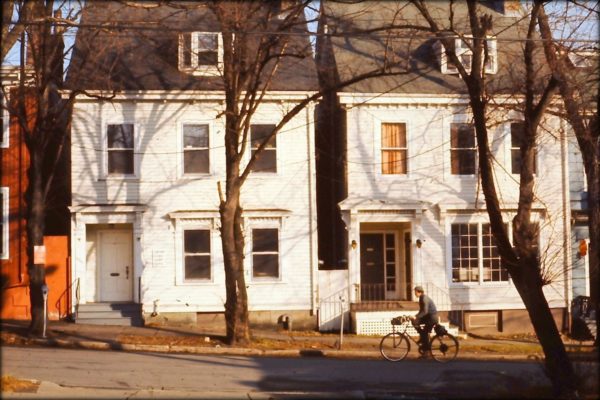 In Stephen Archibald’s latest post over at Noticed in Nova Scotia, he takes us on a snapshot journey through life off Spring Garden Road in the 1970’s. In addition to characters on bicycles riding by the current-day location of Woozles on Birmingham, Archibald notices babies in carriages left outside by shopping parents of the day, and gives us a glimpse inside his own apartment. It’s a fascinating trip.

2.  The federal and provincial governments are not taking responsibility for active transportation 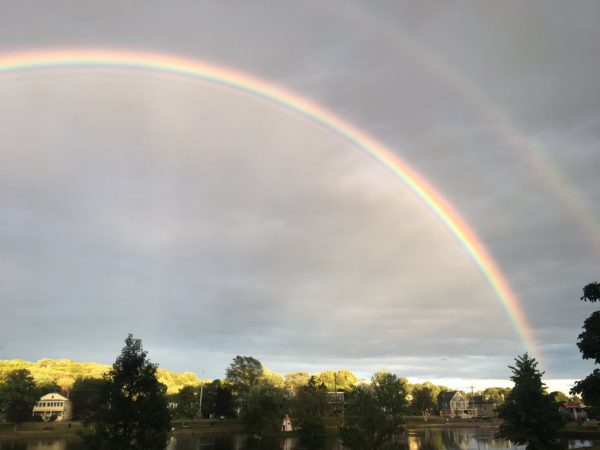 “Pot of gold in Dartmouth today,” wrote Sam Austin on Twitter on August 11, 2019. Too bad we can’t find that pot, and use if to pay for some Burnside active transportation pathways.

Sam Austin released a council update with an explanation of the reasoning behind his vote (and the council decision) not to fund an active transportation trail alongside the soon-to-be-built, federally and provincially funded $200 million Burnside-Sackville highway project.

Although the Province and Federal governments are paying $200 million towards the Highway, not a dime of that total has been allocated towards the proposed active transportation corridor that would allow cyclists and pedestrians to travel alongside the new Highway. If HRM wants an active transportation connection, the municipality has to pedal to the rescue to the tune of $8 million, which is $7 million more than originally estimated back in 2011. That $8 million is only for the highway portion. HRM would also need to invest up to another $6 million to make the route actually effectively by building the active transportation connections into Bedford and Sackville. It’s a significant sum of money and the Province’s timelines mean it’s something HRM would have to opt to do now.

To assess whether building a path alongside the Burnside Expressway makes sense, staff considered the main potential alternative route via Magazine Hill. The conclusion is that both have challenging grades, but Magazine Hill is shorter, more closely connected to population centres in Bedford and Sackville (10 times the nearby population), and less costly to build ($9 – $12 million compared to $11 – $14 million). Given the cost, that it’s not really the preferred route, and the various other pressures for active transportation projects that are likely to be much more effective in terms of getting people to leave the car at home, Council opted not to proceed. Instead, HRM will engage with the Province on securing Magazine Hill and will ask to keep a corridor alongside the Burnside Expressway so that HRM can revisit this in the future if need be.

I think the most shocking part of this story is not that council made the decision they did, but the idea that both the federal and provincial governments are willing to throw $200 million at this 9 kilometre highway, and then specifically refuse to spend the additional 4% of project cost to build an active transportation pathway along the route. If the Burnside connector isn’t already a federal election issue, I hope this makes it one.

Today’s your day to go jump in the harbour. 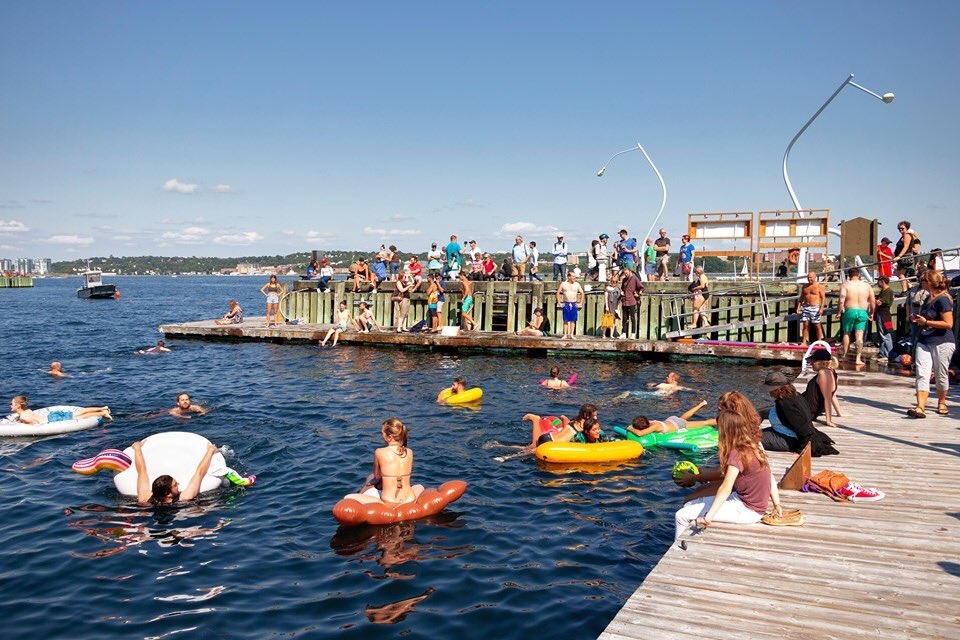 People seemed to enjoy the September 2018 installment of the Big Jump. Today’s the day to jump in for 2019, from noon to 5pm near Bishop’s Landing. Photo: Develop Nova Scotia Twitter.

Bucking the bad water news trend today is the arrival of the second official harbour swim, dubbed the Big Jump. The swim will take place from noon to 5pm on the Halifax waterfront near Bishop’s Landing. My family and I took the opportunity to jump in last year, and it was great fun. In fact, I was pining for a chance to do it again throughout the dogs days of July. I look forward to the time when swimming on the waterfront is an everyday occurrence.

Develop Nova Scotia assures that you won’t get run over by a boat, and that all you will be washing off afterwards is the salty residue from the Atlantic ocean, and maybe a little SPF 30:

The area will be secured from boat traffic and will have ladders and docks for easy access. There will also be an on-site freshwater shower and water fountains provided by Halifax Water.

Water testing will be conducted by HRM prior to the event. There will be lifeguards and sunscreen on site.

No public events today or Friday.

I’m in Montreal this week, pedalling around town on a massive network of bike lanes and shared streets. One thing I’m learning: In Montreal, if you are the only cyclist on the street, you are probably on the wrong street.