You are here: Home / COVID / There’s a possible case of COVID-19 reinfection in Nova Scotia 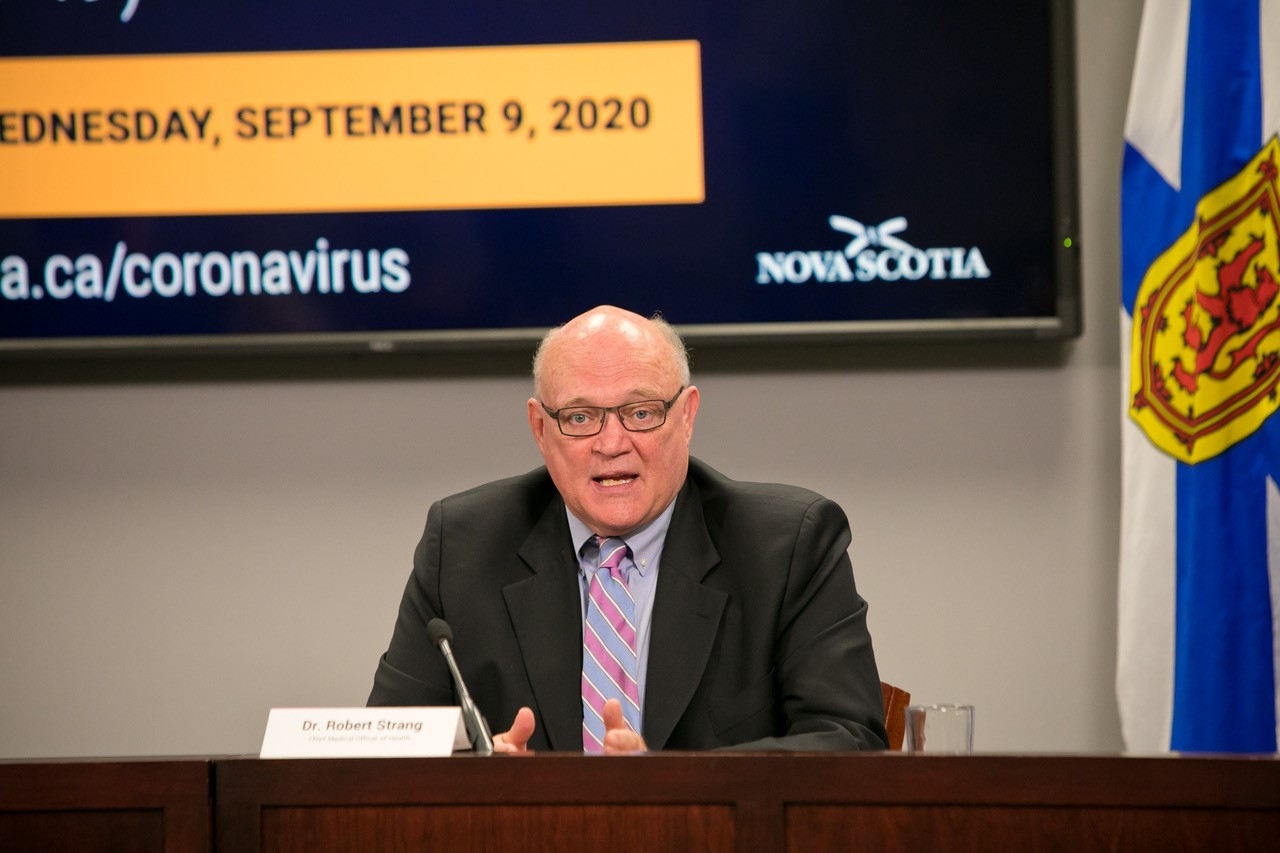 In May, a nurse in the Halifax area tested positive for COVID-19. As is standard, 10 days after the nurse stopped expressing symptoms, the nurse was considered “recovered” and resumed work.

But recently, the very same nurse started expressing symptoms, and on Sunday was again tested; the results were “inconclusive,” but are being treated as a positive case — while the nurse wore personal protective equipment on the job, all patients they worked with will be investigated for possible COVID exposure, as will all the nurse’s other close contacts.

Dr. Robert Strang, the province’s chief medical office of health, said that more tests are being conducted, and both the provincial and federal testing labs are examining the case.

Strang said today that Sunday’s test result could be revealing a “residual” presence of the virus in the nurse’s body from May. Alternatively, the nurse may be the first known case of reinfection in Nova Scotia.

Strang said that there are documented cases of reinfection elsewhere in the world, and while so far rare, the fact of reinfection suggests that any immunity resulting from contracting the disease may be short-lived. And, he said, that’s why those who have recovered from COVID-19 still have to practice physical distancing, mask wearing, and the other public health measures.

The nurse works in Nova Scotia Health’s Central Zone. A previous case, identified on August 21, was also in the Central Zone. Both cases are the only recent cases for which a cause of infection has not been announced; all other recent cases were either related to travel from outside the Atlantic Bubble, or connected to those cases.

Yesterday, Nova Scotia Health issued an advisory for potential COVID-19 exposure at the Canada Games Centre for each day from August 28 through September 1; this presumably involves the nurse, as the August 21 case should have been quarantined.

Premier Stephen McNeil and Strang both said today that about 3200 university students who have arrived from outside the Atlantic Bubble have for the most part self-isolated as required, and only three have tested positive.

Problem is, one of those three positives was a student at Acadia University who did not self-isolate. And, just as McNeil and Strang were speaking, the RCMP issued a release saying that four students have been charged and fined $1,000 for failing to self-isolate. Three of the students are in Antigonish, home to St. Francis Xavier University, and the fourth is in Wolfville, home to Acadia University.

Meanwhile, public schools have reopened. While teachers, parents, and students are anxious, there is a sense that so long as the Atlantic Bubble limits the spread of the disease into Nova Scotia, schools are relatively safe. In fact, as Strang noted, Atlantic Canada is now being referred to as “the New Zealand of North America.”

But the recognition of the usefulness of the Atlantic Bubble comes up against McNeil’s oft-stated desire to open Nova Scotia to the rest of Canada, even if that means “going it alone,” without the cooperation of the other Atlantic provinces.

I asked Strang if there is an inherent tension between his focus on public health and the premier’s political concerns — McNeil, after all, is being urged by some business owners to quickly open up to the rest of Canada. Strang said that the tension is not between he and McNeil, but acknowledged that he has to weigh the public health implications as related to economic impacts of further COVID restrictions.