You are here: Home / Featured / There is nothing self-deprecating or ironic or even remotely funny about this boring headline

Yesterday, Justice James Chipman dismissed Maurice Pratt’s habeas corpus application. Pratt was the first of at least eight prisoners at the Burnside jail to have their habeas applications heard by Chipman. (The others are scheduled for Monday, but I’m hearing there may be a delay.) The prisoners filed their applications in response to a three-week lockdown at North 3, the new “direct supervision” day room at the jail.

In his decision, Chipman reviewed the case law on habeas applications as they apply to jails — specifically, the aversion towards “micro-management of the prisons by the courts” — and summarized the arguments that had been presented to him. He then ruled that the lockdown was “lawful and reasonable,” and he wouldn’t intervene in the use of the lockdown in this instance by the jail.

Chipman did acknowledge, however, that there were problems in North 3.

Chipman’s decision didn’t surprise me. Pratt has a history of violence towards guards, and jail administrators said he had threatened violence again. Chipman clearly believed them.

And Pratt was self-represented. He did surprisingly well, but still was in over his head. Chipman gave Pratt wide latitude, more than he would a lawyer (this is appropriate), but Pratt couldn’t stay focused on the issues at hand, which to be fair, makes sense: Pratt wanted the lockdowns to be placed in the context of (allegedly) poor management and vile conditions at the jail, while Chipman needed the application to address the facts of the lockdown, and nothing else.

I can’t say how yesterday’s decision will affect the applications of the other prisoners. They have lawyers, who are presumably better equipped to argue the cases. And Pratt’s hearing may have provided fodder for those arguments. But Chipman is evidently wary of getting involved in jail administration.

After the decision was read, I asked Brad Ross, the deputy superintendent of operations at the jail, about testimony about recent deaths at the jail. As I heard it, Pratt had said that “several” people have died in the past week at the jail, and Ross agreed with it. Ross said yesterday that he had not agreed with the statement that several people had died, but rather had agreed with Pratt’s larger claim that death had an emotional effect on him. I see no reason why Ross wouldn’t be truthful about this; it’s interesting how we heard the question differently, however.

Update, 3pm, September 20: Justice Department spokesperson Sarah Gillis has asked me to more explicitly state that there have not been “several” deaths in the Burnside Jail. I’m happy to. Let me explain.

I was in court for Maurice Pratt’s habeas corpus application. Pratt was self-represented, and he at times rambled. The statement in question came during a cross-examination of jail administrator Brad Ross. It was Pratt, not Ross, who spoke of “several deaths,” in a long-winded question that (I believe) Ross agreed to. Ross tells me, and I don’t doubt him, that he agreed to a wider set of questions, but never to the statement that “several” people died.

Gillis assures me that all deaths in jail are immediately publicly reported, and that there have been no deaths other than the suicide of Joshua Evans in the jail itself, and the 81-year-old man in custody who died in hospital of natural causes.

Pratt did speak of “several” deaths, but I must have misinterpreted the context of that statement and Ross’s answer.

“The Halifax Regional Municipality will miss its target date of Oct.1 to implement a controversial smoking ban on all municipal property, calling the original deadline ‘too optimistic,'” reports Mairin Prentiss for the CBC:

Spokesperson Brendan Elliott said a new date has not been pinned down, but the ban will be in full effect by the time recreational cannabis is legalized in Canada on Oct. 17.

One reason for the delay, Elliott said, is to allow bars and other private businesses to apply for designated smoking areas.

“We want to find a way to make the process fair for everyone who wants a designated smoking area,” he said, adding there will be no fixed number of zones granted and no deadlines for applications.

I’m guessing the real reason for the delay is there is a big convention in the first half of October. The Association of Sidewalk Smokers, or some such. 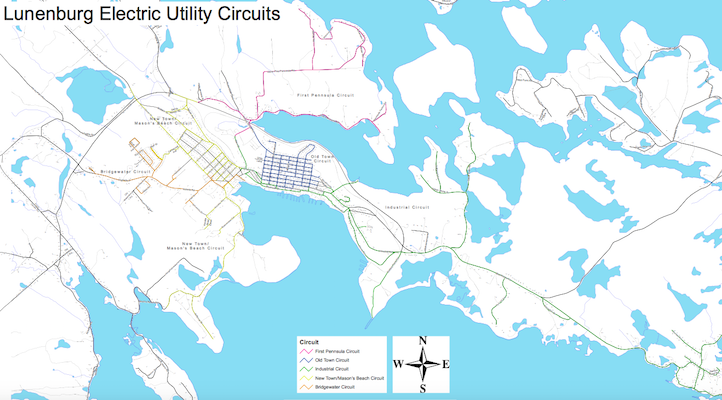 According to the Town of Lunenburg’s website, the town owns the Lunenburg Electric Utility, but on June 1 entered into a service agreement with Nova Scotia Power for maintenance of the utility’s infrastructure. Customers have almost immediately noticed a deterioration in service.

This week, five Lunenburg residents have separately complained to the the Utility and Review Board about five power outages in Lunenburg over the past month.

“In a tourism-driven area such as Lunenburg, it’s tough to make a good impression in the dark,” writes Adam Hallet, who describes himself as “one of the many Airbnb hosts in the area who has to tell their guests that they won’t have power for most of the evening.”

“I manage a 24-hour business in Lunenburg,” writes Angie Hebb. “Every time this happens I lose sales and product (ice cream, sandwiches, etc.)”

“I and my husband require CPAP machines to sleep,” writes Nancy Selig. “I cannot go to bed until there is power. I am on disability, but will need to get financing to install a generator to ensure that I can go to bed and stay warm this winter…. Too many outages, poor service from NSP. Rotten company.”

“The impact on us was minimal — perhaps a few hundred $,” writes Shelah Allen, co-owner of Lunenburg Walking Tours, “but restaurants have been bearing the brunt of this.”

“People in this area are really fed up,” writes Bill Kowalski.

According the complainants, Nova Scotia Power blames the outages on a lightning strike, a fallen tree, and transmission equipment failure. But the outages have occurred during relatively good weather; “we are not even into the blustery cold days of winter yet,” notes Hebb. 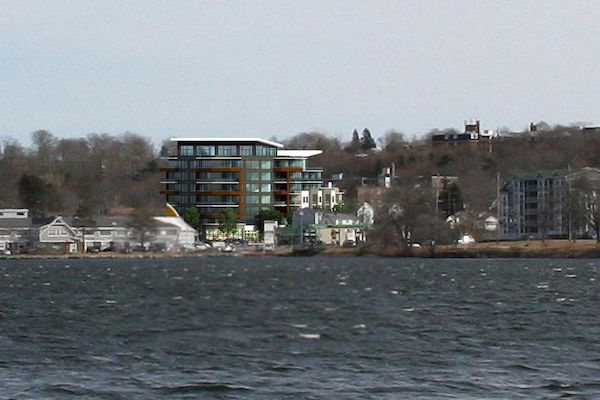 A rendering of the approved project; the actual building will undoubtedly look nothing like this.

In other UARB news, Dartmouth resident Jeff Weatherhead has appealed the city’s approval of an eight-storey apartment building at the corner of Prince Albert Road and Glenwood Avenue in Dartmouth, near Lake Banook.

In today’s Chronicle Herald are the following advertorials:

• a confused and unfocused thing about Killam Apartments.

• a profile of Dave Veale, who is a “life coach” in Saint John.

• a profile of Germaine Pataki-Thériault, owner of Gallery 78 in Fredericton.

I don’t want to meet anyone who would pay to have a profile written about themself for the Herald. 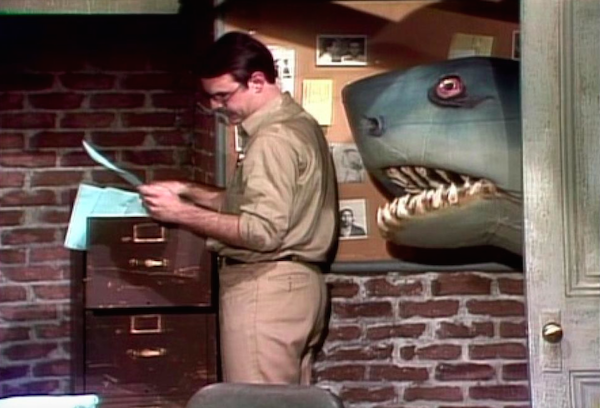 Yesterday, I wrote a purposefully outrageous headline in order to make fun of both myself and news sites’ tendency to write click-baity headlines. And then I directed those who had problems with the headline to complain to Parker Donham.

Alas, irony and humour are lost on the great white shark lobby. Donham says he did get nine emails complaining about the headline, but I too got my share of complaints. A sampling:

Fear mongering headline Halifax Examiner! My friends @SharkSavannah @HiltonTheShark @MakoPeggy are not impressed. You must have missed the chance to learn from @OCEARCH here in Halifax Harbour past two days. Kudos to BIO researchers. @Tim_Bousquet https://t.co/S3KUi1dbUl

This article is in poor taste full of fear mongering and one sided facts. Sharks are not meant to be feared but respected. People need to remember who's territory they're playing in and do it safely… As with everything there will always be a possible negative outcome.

@tim_bousquet We're a bigger threat to them than they are to us. Don't give us click bait. Educate us about conservation.

Why would we hit up @kempthead with this? Did he write that headline? 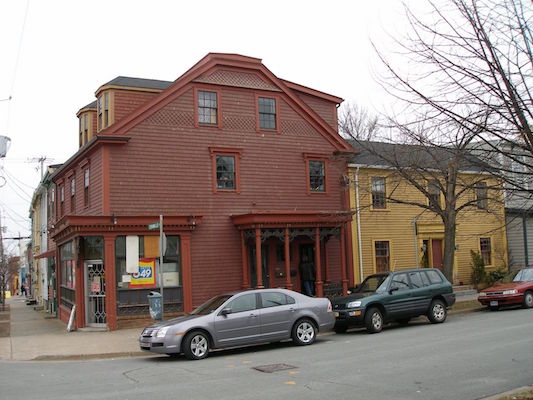 Stephen Archibald celebrates the legacies of Hal Forbes, Jeff Amos, and Heather Lawson, each of whom has died recently.

“If you live in Halifax you have seen Hal’s work,” writes Archibald:

His restoration and reimagining of wooden buildings, particularly in the near North End of the city, changed how that district is valued and enjoyed. His training in costume design, experience in theatre set design, and fluency in the language of Victorian architecture, prepared Hal to clothe his buildings in the best costumes they had ever possessed.

I particularly appreciate how Hal rejuvenated several corner stores, an under-celebrated Halifax building form. This site [photo above], now Dee Dee’s, shows a couple of Hal’s tricks. The little veranda distracts you from noticing the two doors to apartments; the yellow ochre building was originally a wing of the store but visually treating it as a separate building makes the composition sing.

Active Transportation Advisory Committee (Thursday, 4pm, City Hall) — nothing much on the agenda.

Bureaucratic Territory: First Nations, Private Property and “Turn-Key” Colonialism in Canada (Thursday, 7:15pm, in the theatre named after a bank, McCain Building) — Jeremy Schmidt from Durham University will speak, with responses from Russel Diabo and Sherry Pictou. From the event listing:

Since 2006, successive Canadian governments have developed policies to create private property on lands reserved for First Nations. In this presentation, Jeremy Schmidt shows how the private property initiatives have another aim: to convert reserved lands into municipalities. The analysis is based on Access to Information and Privacy requests through which he has tracked how Canadian bureaucrats have incorporated ideas circulating in World Bank policies for land-titling in the Global South and used them to develop policy, and draft legislation, without consultation with Indigenous peoples. The implications are far reaching: the aim is not only to extend property law but to also regulate on-reserve activities ranging from building codes to environmental protection. While bureaucrats align the program with the Liberal government’s rhetoric of reconciliation, it represents a new form of dispossession. 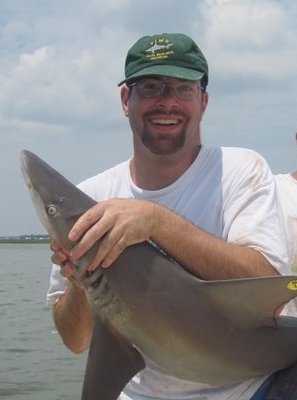 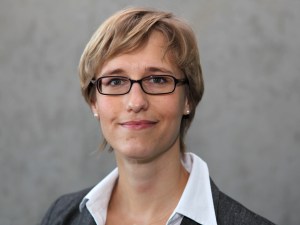 Hakodate (Thursday, 6:30pm, Halifax Central Library) — in return for the Christmas tree Halifax sends Hakodate, Japan every year, Hakodate is sending some of its university students to Halifax. I don’t understand this trade, but anyone interested in what happens in Hakodate should go to hear them out. 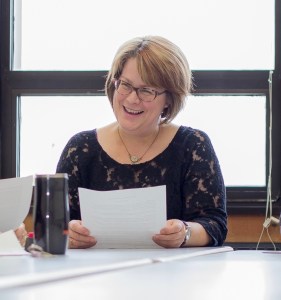 Technology and the Gothic (Friday, 2pm, Keshen Goodman Library) — Karen Macfarlane will speak on “Introduction: The Gothic.” From the event description:

This 6-lecture series will explore “the uneasy relationship between humans and our technologies through a series of talks that will trace the use of the Gothic mode as a way of exploring cultural anxieties about the role of technology in everyday life in popular narratives (particularly literature, film and television) from the nineteenth century to the present day.