You are here: Home / Featured / Theodore the Tugboat subject of injury lawsuit 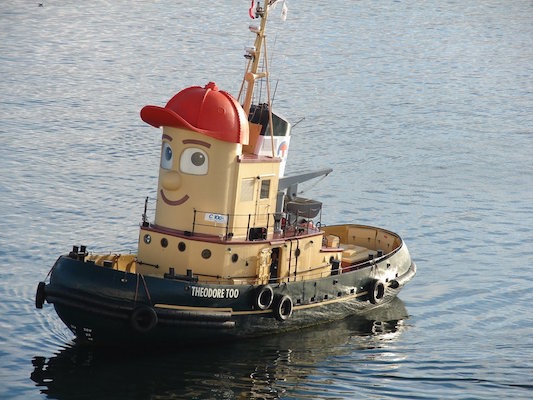 A Dartmouth woman is suing Murphy Sailing Tours Limited for injuries she says she suffered while boarding Theodore Too, popularly known as Theodore the Tugboat.

According to the lawsuit, on July 24, 2015, Nicole Keating was boarding Theodore via a gangway “when she fell through a faulty board and fell into the Halifax Harbour.”

Keating says she “suffered injuries, including bruising to her right thigh and subsequent infection.” A more detailed account of her injuries will presented at trial, notes the lawsuit.

Keating is represented by lawyer Peter Landry. The lawsuit accuses Murphy, which owns the boat, of failing to maintain the gangway and failing to warn Keating of the perils of boarding the boat.

The allegations contained in the lawsuit have not been tested in court, and Murphy has yet to respond to them.