This is the worst-managed subscription drive ever: I forgot to even mention it yesterday. That’s partly because I’m a bit busier than normal this week as I’m reporting on a couple of issues that require a lot of time, but the results of that reporting probably won’t be seen for weeks or months.

That’s the nature of this publication: besides the usual day-to-day stuff (which costs money to produce too), we’ll spend weeks or months on a project that might result in one article. Hopefully it’s a good article, one that reveals new information and brings a deeper understanding to how our community works. But it’s one article. That’s why advertising or schemes like micro-payments can’t provide the income necessary to do this work. It takes committed, long-term subscription revenue.

Judging by how other publications do subscription drives, I’m supposed to now beat you over the head with guilt-inducing diatribes about you freeloaders letting other people pay your way and such. But I’d rather simply give incentives: Everyone who buys a new subscription this month at the $100 annual level or greater will receive a free Halifax Examiner T-shirt. Why, here’s Hilary Beaumont sporting one stylishly: 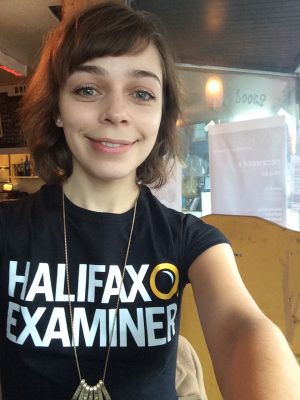 So, if you want to be one of the good-looking stylish people, just click here, drop us the dough, and Office Manager Extraordinaire Iris will set you up.

If you already have a subscription and just want to buy the shirt, drop Iris (not me!!!!!) a line at iris “at” halifaxexaminer.ca, and she’ll set you up. 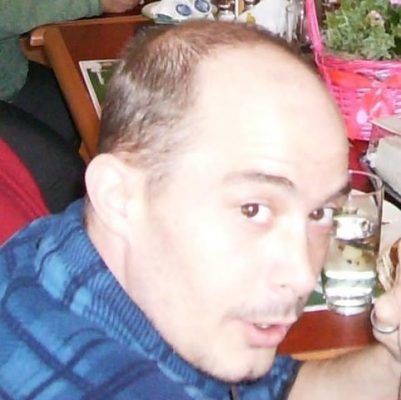 The Serious Incident Response Team (SIRT) announced yesterday that it has charged Halifax police officers Dan Fraser and Cheryl Gardner for the death of Corey Rogers:

On June 15, 2016, shortly after 10:30 p.m., Halifax Regional Police (HRP) attended the IWK hospital in response to a 911 call from hospital security about an unwanted male. They found Corey Rogers outside of the hospital at the University Avenue entrance and arrested him under the provisions of the Liquor Control Act for being intoxicated in a public place. Rogers was taken to HRP headquarters and lodged in cells around 11 p.m. At approximately 1:45 a.m., HRP officers found Rogers unresponsive in his cell. EHS was called and attended the scene. Corey Rogers was pronounced deceased at 1:53 a.m. on June 16, 2016.

In accordance with the requirements of the Police Act, shortly after Corey Rogers died, the Halifax Regional Police referred the matter to SiRT, which immediately assumed responsibility for the investigation. The investigation was completed on October 30, 2017.

The arrest and placing of Corey Rogers in cells creates a “duty” on the booking officers of HRP to evaluate his medical condition prior to being placed in police cells and to be adequately observed while in cells for the purpose of maintaining his personal safety and well being. Corey Rogers, like any person placed in police cells following an arrest, inherits this “duty” regardless of his state of sobriety.

This investigation has led to the conclusion that there are sufficient grounds to lay the charge of criminal negligence causing death against the two special constables. However, as this matter is currently before the courts, in accordance with SiRT policy this report will not discuss the facts of that matter in any further detail. To do otherwise might compromise the fair trial interests of the accused.

Former Daily News editor Bill Turpin has been bird-dogging Rogers’ death and the official non-response to it for over a year. In July, Rogers was finally named publicly, when the Public Prosecution Service announced it has a conflict of interest in the case. I wrote then:

This is the first time any government agency has named Rogers. That’s right: a man died in a police jail cell, and it took over a year before he was publicly identified. This should worry all of us.

According to an online obituary for Rogers, “he was a cook at several restaurants in Halifax, was an avid reader and enjoyed playing chess.”

What is the “conflict of interest” mentioned in the release? We’re left guessing, but Bill Turpin has a pretty good hypothesis:

SiRT gets the last word in these situations, so its director, Ron J. MacDonald, wrote a masterpiece in the art of flaying another organization while being studiously neutral.

This investigation led to the conclusion that there were sufficient grounds to lay charges of theft, breach of trust, and obstruction of justice. As a result, charges were laid on January 27, 2016, and SiRT’s file was provided to the Crown on March 15, 2016. Subsequently, the Crown entered a stay of proceedings on May 30, 2016. On January 27, 2017, SiRT was informed by the Public Prosecution Service that due to issues related to delays in the prosecution of the charges, that the charges would not be re-instituted.

As a result, Officer 1 is deemed never to have been charged with any criminal offence.

You can find more on this here and MacDonald’s concise report here.

If Turpin is right, and I think he is, then the “conflict” in the Corey Rogers case is unsettling.

Every day, in criminal trials in courthouses across Nova Scotia, cops take the stand to testify in cases being prosecuted by the Public Prosecution Service. A degree of cooperation between cops and the crown is necessary to get convictions.

But when the crown admits it is in a position of conflict when potentially prosecuting cops, what is it really saying? Are we to understand that the crown fears cops won’t cooperate in a prosecution if one of their own is being charged criminally in an unrelated matter? If so, how far does this implicit quid pro quo relationship go? Is the crown aware that cops are lying on the stand but turning a blind eye to it?

It feels like there’s much more to this story and we’re only seeing the very tip of it. 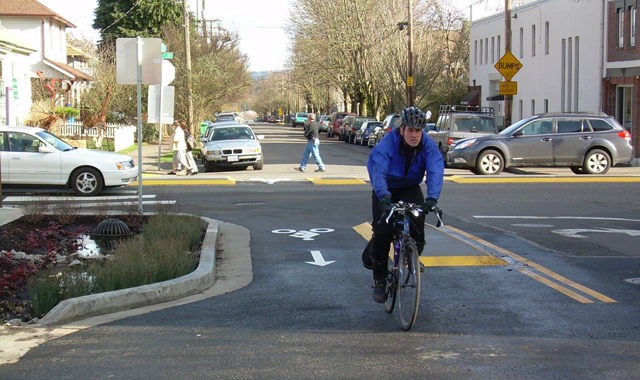 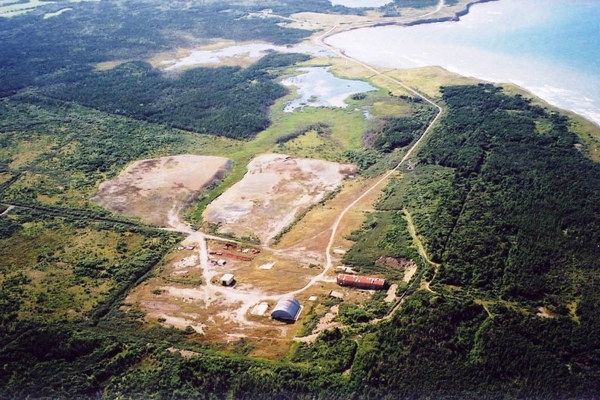 “During a meeting at the Donkin mine Tuesday morning, 49 of 130 employees were informed they are losing their jobs,” reports Michael Gorman for the CBC:

The layoffs are effective immediately and they are permanent.

Shannon Campbell, vice-president of the mine, which is operated by Kameron Coal Management Limited, said a “critical change” was required to make the operation more economically viable.

“Right now Donkin mine is in an economically untenable situation,” Campbell said in an interview.

Who could’ve guessed that coal mining wouldn’t be economically tenable in the 21st century?

On Monday, the Halifax International Airport Authority filed a lawsuit against Air Canada for crashing an airplane on their property.

“In particular,” states the suit, “HIAA states that the crash of flight AC 624 at the Airport on March 29, 2015 was caused by negligence of the flight crew (for which Air Canada is vicariously liable, according to the doctrine of respondeat superior) and otherwise by Air Canada…”

The airport is seeking compensation for the following losses:

• overtime salary costs, security costs, translation costs, and hotel and meal costs associated with and incurred by necessary response to the immediate aftermath of the crash; and

• costs to clear, remediate and repair the crash site and surrounding areas, including all resulting infrastructure costs, at the Airport.

The airport is represented by Scott Campbell of Stewart McKelvey. Air Canada has not yet filed a statement of defence, and the allegations in the suit have not been tested in court. 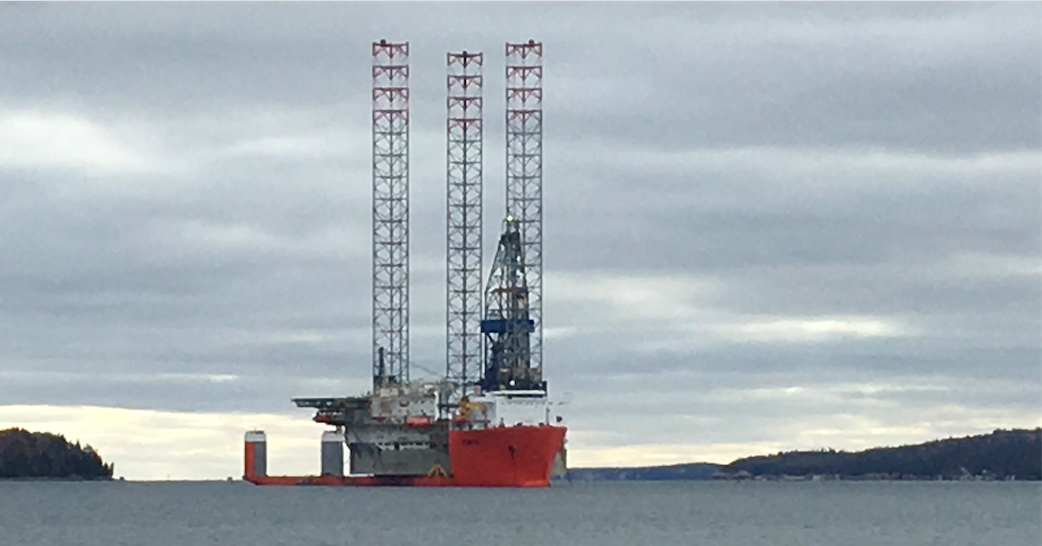 I was making my way across the harbour on the Woodside ferry yesterday and passed a gigantic oil drilling rig. The Chronicle Herald explains:

It’s the beginning of the end for the Sable project.

The jack-up drilling rig, Noble Regina Allen, was quietly carried into Halifax harbour on Tuesday on the back of the heavy-load vessel Forte.

The rig will soon be taken out to the Sable offshore project to start the decommissioning work on the natural gas project.

The Sable project is now considered mature and the decommissioning will begin shortly.

Local Street Bikeway Public Engagement Session (Wednesday, 12 pm and 6pm, St. Andrew’s United Church, 6036 Coburg Road, Halifax) — the public will be asked about the Vernon-Seymour and Allan-Oak corridors. Your opinions may or may not be considered; we’ll see.

Augmented Reality Workshop (Wednesday, 2pm, Dalhousie Art Gallery) — NiS+TS members and collaborators from the Graphics and Experiential Media Lab at Dalhousie will present their project about the debris field of the Halifax Explosion. From the event listing:

In this workshop, the artists, designers, and computer scientists who have worked with NiS+TS on the augmented reality project, The Psychogeographers Table, will provide information and insights into the creation of this experiential work about the debris field of the Halifax Explosion. This innovative project began in 2015 with the concept of a 3D contour (or topographic) map of the areas of Halifax and Dartmouth most affected by the Explosion. The body of the table was designed and created by Dalhousie University Architecture students who worked with NiS+TS in a Freelab course in the summer of 2016. Students and faculty from the Dalhousie Faculty of Computer Science collaborated on the Hololens and other projection components. This workshop provides interested gallery-goers with an in-depth session about this project.

Lessons Learned from Computing in Industry (Thursday, 11:30am, Room 127, Goldberg Computer Science Building) — Dave Kasik, who was Boeing’s Senior Technical Fellow in visualization and interactive techniques until he retired in 2016, will speak.

Genetic testing can reveal a person’s unique risks for various illnesses, as well as the most effective treatments. Is there a safe and ethical way to move from a “one size fits all” approach to the treatment of mental illness? How will we know if there is, or soon will be, a drug or treatment or tailored combination of the two that will work better for you than it would for someone else? Please join our experts for an open and informal public discussion of factors that promote mental and emotional health.

Unrest (Thursday, 6:30pm, in the auditorium named after a bank, Marion McCain Building) — a screening of the documentary about Myalgic Encephalomyelitis/Chronic Fatigue Syndrome, followed by a discussion.