You are here: Home / Commentary / The Wayne Hankey case 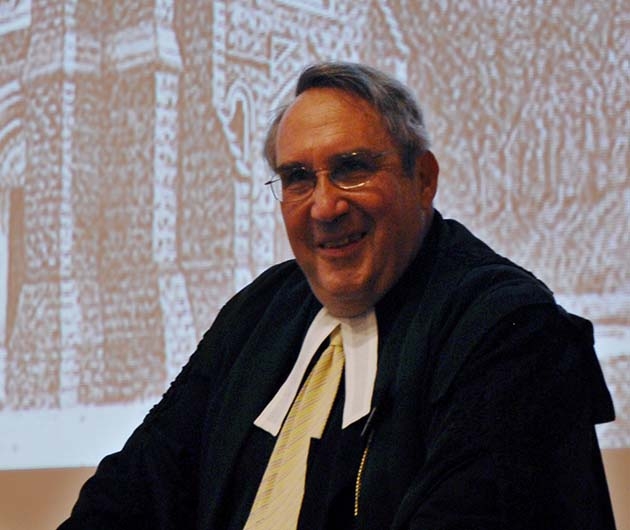 I can still remember where I was when I heard the news: in the Senior Common Room at the University of King’s College, staring across the quad at the beautiful, new, soon to be opened university library.

At the time, which was the spring of 1991, King’s was still small enough that faculty meetings were held in our senior common room — “a room,” according to an English dictionary, “used for social purposes by fellows, lecturers, and other senior members of a college,” yet another of those Oxford affectations our King’s was uncommonly fond of.

King’s was then in the middle of profound physical change, and the new library would be at the beating heart of it all. The School of Journalism, which had been trapped in a too-small basement space for most of the years since its founding in 1978, would move into the old library on the third floor of the arts and administration building while a whole series of knock-on rejigging of space would reconfigure various classes, offices and even carve out space for a new boardroom where meetings of faculty and larger groups would take place in future.

The driving force behind the construction of the new $5-million library and everything that flowed from it was the college librarian, Wayne Hankey, who was also — not uncommon at King’s in those days — an Anglican minister, a member of the college “god squad.” Loud, bombastic, certain of his certainties, Hankey was a force of nature, never one not to make a scene.

We did not get along.

That said, I admired the fact Hankey had conceived, promoted, browbeaten, badgered, sweet-talked, harangued, and willed the library project into being. In just a few weeks, he would be in his glory, at the centre of the celebrations to mark its official opening.

It was not to be.

At some point during that faculty meeting, King’s president Marion Fry cryptically announced that the university’s board of governors had suspended Hankey for one year, beginning immediately, after which he would take a one-year sabbatical, and so not return to campus for at least two years.

The media release that followed was even less forthcoming:

We would eventually learn, in dribs and dollops from college gossip and a breathless report in Frank magazine that a former student had complained to the Anglican Church that Hankey sexually abused him for two years in the late 1970s, including while he was a student at King’s.

At the time, King’s and the Anglican Church were still intimately intertwined, an accident of academic history in Nova Scotia. Arthur Peters, the Anglican Bishop of Nova Scotia, was also the chair of King’s board of governors. During a secret Anglican ecclesiastical court hearing, Peters had charged Hankey with immorality. That court found him guilty, and the church suspended Hankey from his churchly roles for at least two years.

Although the former student had apparently not complained directly to the university or the police, Hankey was, of course, also a university employee and at least some of the abuse had taken place while the complainant was a student at King’s. As a result, his case was also referred to the King’s board, which then made its own decision in the case.

I can’t remember what else the president told us that day, but I do know from later minutes that she told the board of governors…

… the proceedings were non-adversarial, and a real effort was made to achieve justice… She noted that further comment would be inappropriate.

I’d had no idea any of this was coming that day, probably because at the time faculty in the journalism school and the Foundation Year Programme (FYP), the innovative first-year program Wayne had helped launch nearly 30 years earlier, operated in their own never-the-twain-shall-meet silos and had as little to do with one another as possible.

But I do remember my immediate reaction that day. I felt sorry for Wayne. He would not be around to bask in the glow of his singular achievement.

I know now that was the wrong first response.

It would not be my response today.

Still, I couldn’t help but recall that when I read the news earlier this month that Hankey, now 76, had been charged with sexually assaulting another young man in an incident in student housing in 1988, three years before he was suspended. The new case had only been reported to police in September 2020.

Hankey had served his original church and university suspensions, partly in Rome. He never reapplied to rejoin the mainstream Anglican Church. Instead — and perhaps surprisingly — he joined a deeply conservative offshoot known as the Anglican Catholic Church of Canada, whose adherents oppose abortion and believe “the God-given sacramental bond in marriage between one man and one woman is God’s loving provision for procreation and family life, and sexual activity is to be practiced only within the bonds of holy matrimony.”

In 1993, he returned to King’s. He was no longer the university librarian and, though he continued to teach at both King’s, where he was an occasional lecturer in FYP, and at Dalhousie, where he became a full professor and served for a time as the chair of the classics department, my recollection is he was diminished and never again the all-powerful force he had once been at King’s. The university had moved on. He retired from his joint appointment in 2015, though he continued teaching courses at Dal until he was charged on Feb. 1.

“Why did a Halifax professor disciplined for sex abuse keep teaching for decades?” demanded the headline last week above a thoughtful CBC story on Hankey’s case. Wrote reporter Frances Willick:

In the wake of the recent sexual assault charge, some former King’s students took to social media to question why. Why was he kept on the payroll, and even made a full professor by Dalhousie just three years after returning from his one-year suspension and a year of sabbatical?

The story cites all sorts of likely explanations, but the one that rang most true to me came from Sister Dr. Nuala Kenny, the author of three books on sexual abuse and the clergy, who also served on a commission investigating abuse at Newfoundland’s Mount Cashel orphanage. The church’s — and the university’s — response, she told Willick, “would have been a fairly typical response of a group trying to be responsible but underestimating the complexity of the issue… The whole culture of abuse of power or self-satisfaction was one that was prevalent.”

None of that, of course, makes what happened — or more to the point, didn’t happen — right. But everything takes place in a context.

Although homosexuality had been legal in Canada since 1969, it is worth remembering that in the years leading up to the Hankey case, a schoolteacher named Eric Smith had been forced out of his classroom simply because he was HIV-positive. An Anglican priest named Bob Petite had been squeezed out of his parish in central Halifax after some parishioners questioned his sexuality. It was not an easy time for anyone whose sexuality did not conform to the expected norms. The closet was large.

At the same time, heterosexual relationships between professors and students, while frowned upon, were not uncommon. The reality of the power dynamics at play in such relationships went largely unexamined.

That was 30 years ago, which, depending on your perspective, might be modified to insert the word “just” in front of 30, or followed by an exasperated exclamation point.

Regardless, the new charge — and the questions it raises — offers a marker of just how much has changed in those 30 years. Mostly for the better.

Most significantly, someone who alleges he was assaulted by Hankey now believes — as he apparently did not for more than 30 years — he can go to the police and be heard.

Universities have changed too. Although the fact the Hankey case is historic and also before the courts legitimately limits what the university can say about the matter, it seems significant to me that the current King’s president, Bill Lahey, did not offer the sort of bland, fact-free media release that was standard issue in 1991. Instead, on the same day Hankey was charged, Lahey sent a statement to the “King’s community” and later to college alumni:

In response to today’s news, King’s will be conducting an independent review to determine the facts and an appropriate response. It will be conducted in a way that is respectful of the criminal justice system and allows it to run its course.

We will not be making further comments about this matter at this time, as this is now before the courts. However, it is important to state that the university recognizes sexualized violence as a serious issue in society and at King’s and we understand it harms members of our college community in many ways. Acknowledging the impact of sexualized violence, our need to address it, and its inconsistency with our values, King’s created and adopted a Sexualized Violence Awareness, Prevention and Response Policy in 2018, after a broadly consultative process over a period of more than two years. This is one step in our commitment to making King’s a safer, more supportive space, and welcoming for everyone.  King’s also hired a Sexualized Violence Prevention and Response Officer in 2019.

The Hankey case shows us both how far we have come and how much still needs to change.