You are here: Home / Featured / The vaccine landscape has shifted dramatically in Nova Scotia; two new cases of COVID-19 found in Halifax area 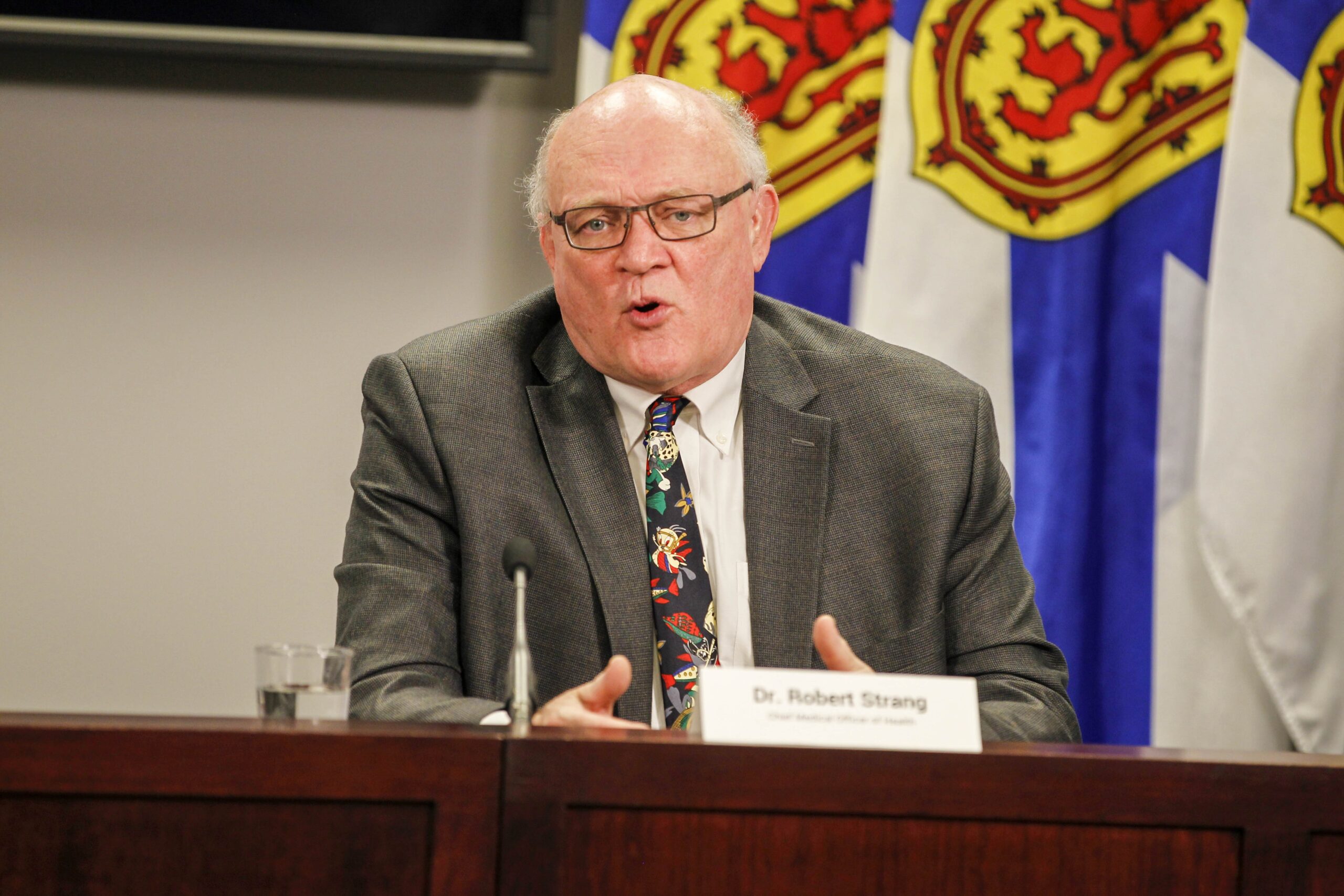 Both cases are in Nova Scotia Health’s Central Zone; one is a close contacts of a previously announced case and the other is under investigation. Both cases are men between the ages of 40 and 59.

“We still have a number of cases where a known cause of infection has not been identified, and several of them are complex with a large number of contacts,” said Chief Medical Officer of Health Dr. Robert Strang at today’s COVID Briefing. “So there could still be a low level of undetected COVID-19 in the Halifax area. That’s why testing is so important.“

There are now 29 known active cases in the province. Three people are in hospital with the disease, one of whom is in ICU.

Here are the new daily cases and seven-day rolling average (today at 2.4) since the start of the second wave (Oct. 1): 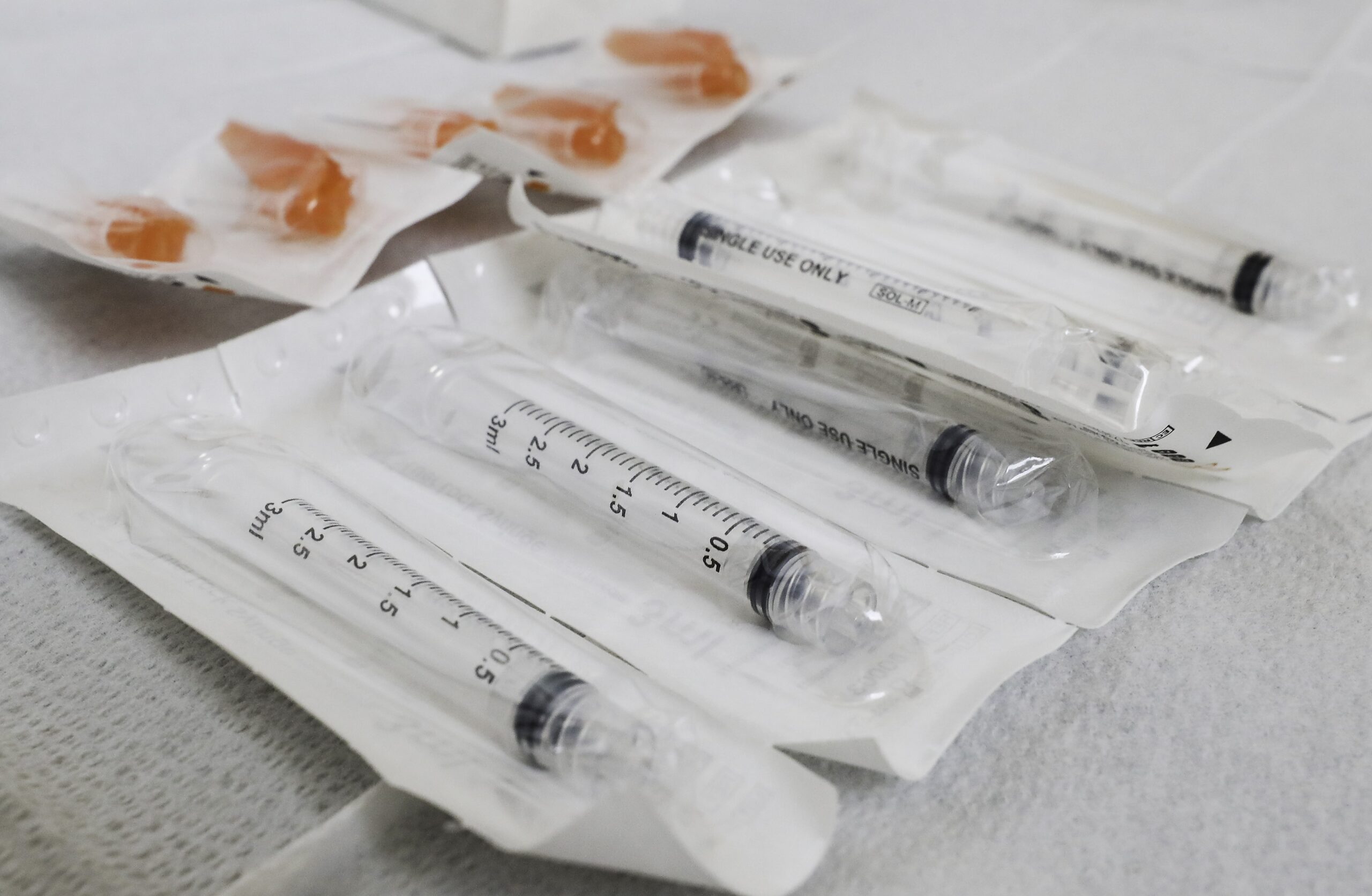 This week has seen a dramatic shift in the vaccination landscape. As recently as Tuesday, the provincial vaccination rollout plan included a schedule that wouldn’t see younger people start getting vaccinated until late summer and into September. But on Wednesday, the province announced that it would accept 13,000 doses of the AstraZeneca vaccine. Later that day, the National Advisory Committee on Immunization (NACI) issued a recommendation that the interval between the first and second doses of the vaccine be extended from 21-to-28 days to four months. And so on Thursday, Premier Iain Rankin said that all Nova Scotians would receive the first dose by the end of June. Today, Health Canada approved the use of the Johnson & Johnson vaccine, and Pfizer said it was increasing its March shipment to Canada.

At today’s briefing, Strang clarified that children will not be getting the vaccine in June. “None of the vaccines are licensed for [children] — the Pfizer is for 16 and older; the rest of the vaccines are 18 and older,” he said. “So, no, at this point in time, we have no covid-19 vaccines for children and younger youth. If that changes, then of course, we need to build that into our vaccine program. But I don’t anticipate that we’re going to get that change in the next few months.”

Strang acknowledged that the vaccine registration website that went live Monday was a mess. “Monday was not a good day for anyone who tried to book an appointment,” he said. “I recognize it was a frustrating and negative experience for many. We know we need to do better and we will.”

To address the overwhelmed registration site, Strang said registrations will begin anew on Monday, but only for people over 80 who were born in the first four months of the year (Jan. 1 to April 30). Those with birthdates in later months will have the opportunity to register in coming weeks.

“So we ask people, whether online or calling, to just be patient. You will get through. We put these steps in place so we have a more manageable number of people at any given time looking to book their appointments. But everyone who wants to get a vaccine will get one. I know people are anxious and want to get the vaccine, and that’s that’s great. That’s wonderful. But we do need to be patient. We have lots of people to get through. This is a month-long program, so we have a little patience. And we’ll get to you in time.“