You are here: Home / Commentary / The Two New Solitudes

The term “two solitudes” used to describe Quebec and the rest of Canada, and sovereignty still runs at about 40 percent of the Quebec population and of course even higher among francophones.

But there are two other incompatible nations in this country — men’s Canada and women’s Canada.

That’s right: there’s a breathtaking difference in political and social attitudes between Canadian men and Canadian women. So much so that I think women ought seriously to think about separation. Or at least sovereignty-association.

Except… I want to join the women! 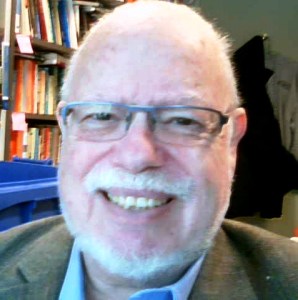 On almost every social and political issue you care to name, women appear more progressive, more compassionate, indeed more sensible about their fellow human beings than men. After all, it’s not the female, but rather the male dental students at Dalhousie University in Halifax who set up a hateful Facebook group to tell one another how they would punish the opposite sex if given half a chance.

The pattern is also clear from recent polling data from an array of sources (and I can refer doubters to the sources.) I did a similar exercise fifteen years ago and not much has changed.  So let’s look at a few examples.

In federal politics, left up to women, the Conservatives would stand a distant third instead of a hair’s breadth from the top. Women are a whopping 31 percent more likely to vote NDP than men.

On the use of drones to assassinate enemies (and inflict collateral damage), half as many women as men favour it.

Women greatly exceed men on the need for governmental action to reduce income inequality. They’re significantly more worried than men about the state of the economy.

If pipeline projects fail to get the go-ahead, women are 13 percent less concerned than men about potential negative financial impacts on their families.

Women are 28 percent less supportive of nuclear power than men.

On the question of proportional representation, women beat out the men and they’re 35 percent less likely than men to support cuts to CBC.

Women are consistently more tolerant of homosexuality than men.

And it goes on and on.

These stats show two very different visions of what kind of country Canadians want and they coalesce around the two sexes more than any other variable.

So I think that women’s Canada should make a unilateral declaration of independence from men’s Canada. Women and their attitudes certainly don’t have much impact on how our country is run now. Women could do much better on their own. They’d build a more humane, more caring, a truly just society.

All I ask is that I can emigrate at the first opportunity. Or at least get a visa to women’s Canada once and a while to visit my wife. Maybe Women’s Canada grant me refugee status. Yeah! Women are 13 percent less likely than men to refuse public health care to refugee claimants. I’d throw myself on their mercy.

Larry Haiven is a professor at the Sobey School of Business at Saint Mary’s University in Halifax.